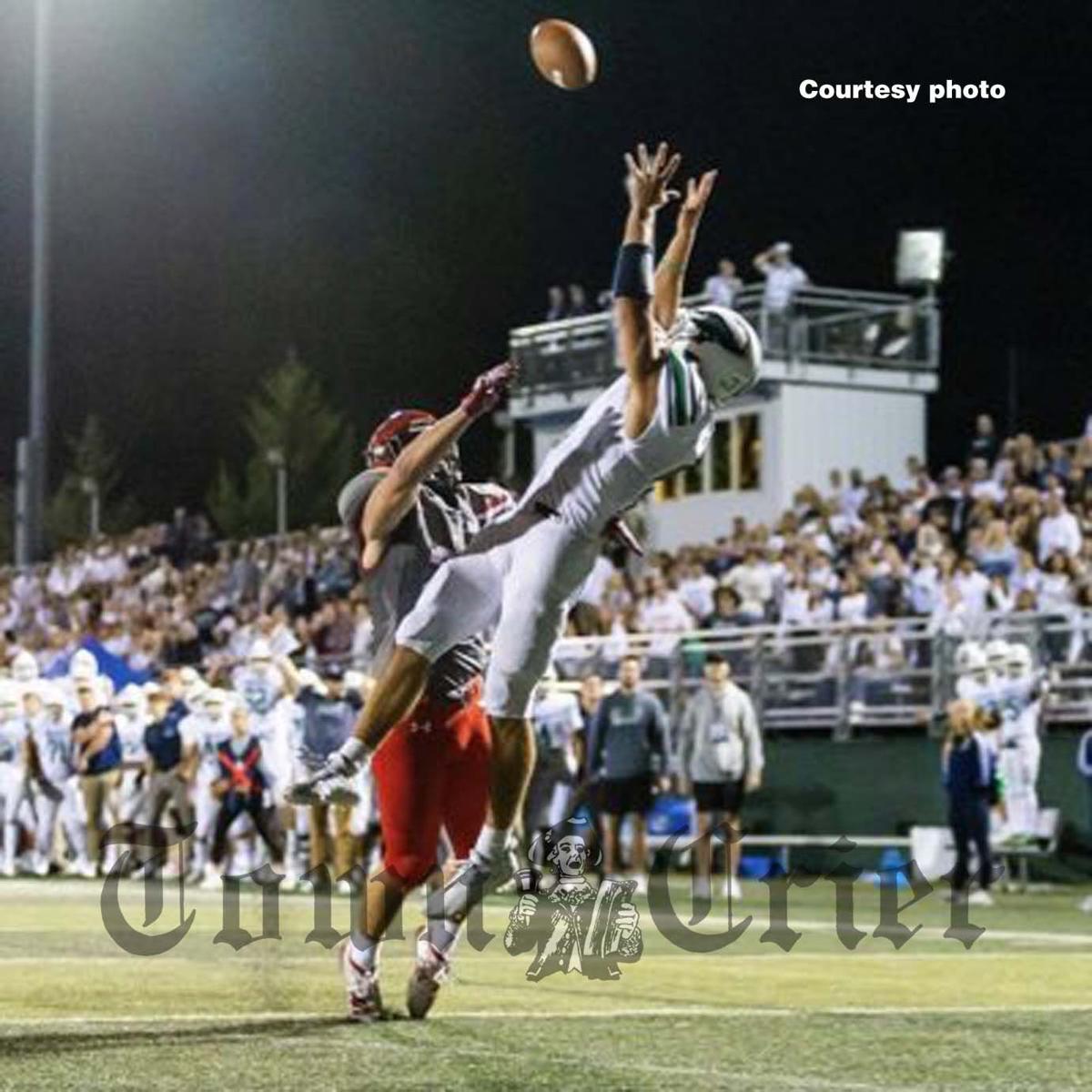 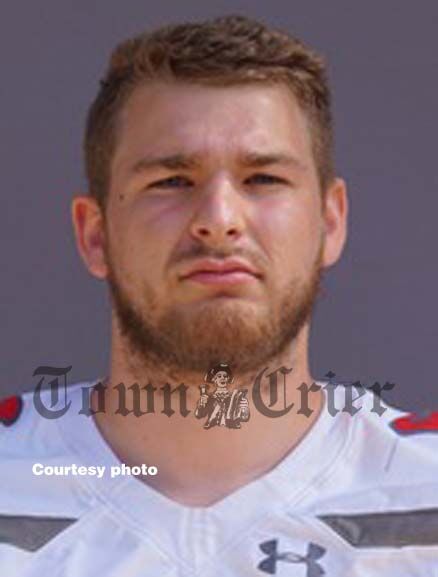 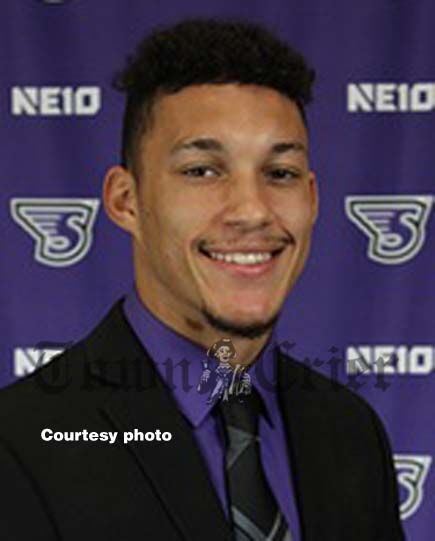 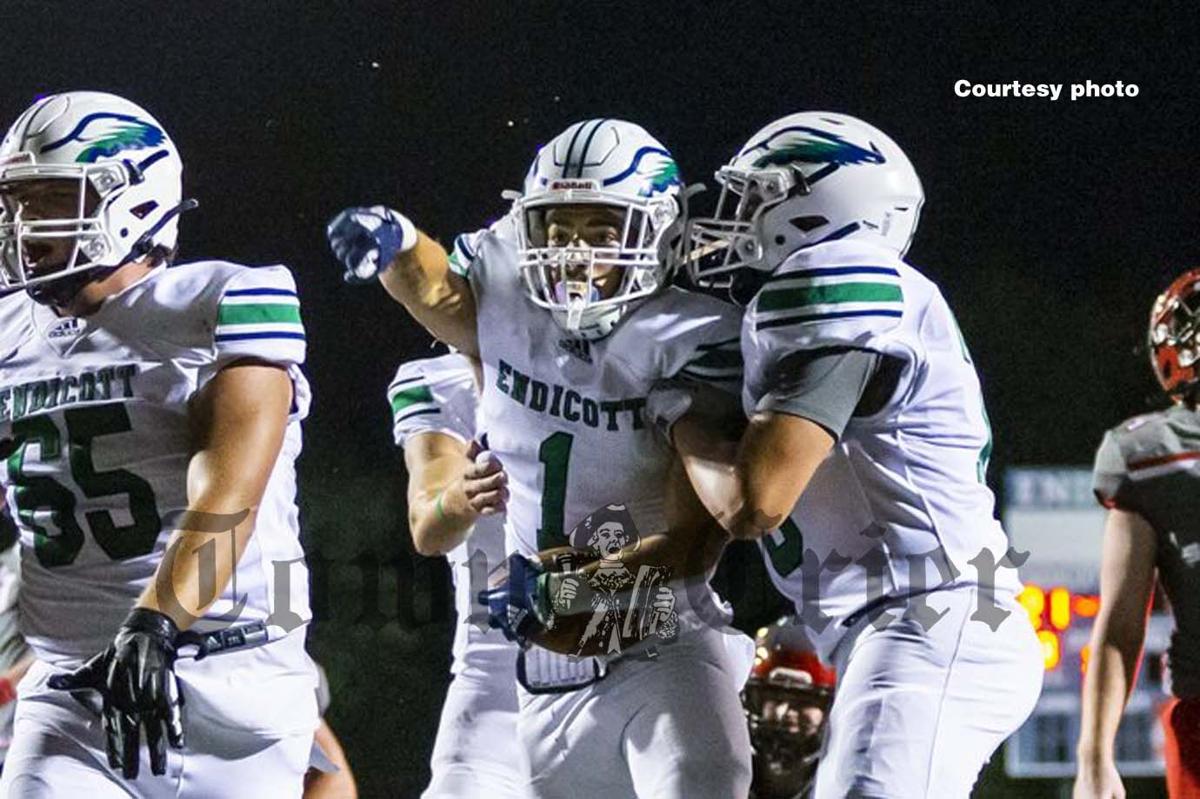 In the course of their history, the football programs at Tewksbury and Wilmington High have staged many great battles against each other. Tewksbury has certainly had the upper hand in recent years, dominating the Thanksgiving Day rivalry, but regardless of the team’s records, many great players have come through each program in recent years.

Now, many of those players have moved on to the next level, taking their talents to several area colleges where they continue to represent their home towns well. Through the first two weeks of this year’s college season, several former players have shined with their college teams, and this past Friday night featured an epic matchup between Endicott College and WPI that featured some former stars from both towns.

Endicott came out on top in this one by a score of 28-21, capping a thrilling comeback from a 21-0 second half deficit with a six-yard run by senior John Kenney with 20 seconds left in the game, battling his way to the end zone after appearing to be stopped behind the line of scrimmage. The touchdown capped off an outstanding night for the former Wilmington High star, who rushed for 78 yards to go along with the touchdown, while also hauling in three passes.

The Gulls had tied the score moments earlier when former Tewksbury High star Shane Aylward, a sophomore playing in his first college season, made a spectacular leaping 32-yard catch in the corner of the end zone with 2:44 left in the game to tie the score at 21-21. Overall, Aylward had three catches for 53 yards, including that incredible game tying grab.

WPI had raced out to a 21-0 lead in this one, primarily on the strength of the running of senior running back Brandon Winn of Tewksbury. Winn had scored the Engineers first touchdown of the game on a three-yard run with 1:49 left in the first quarter, and helped them extend the lead to 21-0 with 8:50 left in the third quarter on a 13-yard dash to the end zone. Overall, Winn rushed for 47 yards to go along with his two scores.

Winn leading the way offensively for the Engineers is nothing new. He had helped WPI get off to a great start to the season the week before in a 38-20 win over Worcester State in their season opener, rushing for 97 yards and a touchdown.

Aylward also got his season off to string start the previous week, hauling in five catches for 47 yards and a touchdown in a 27-14 win over St. Lawrence. Aylward’s efforts earned him Commonwealth Coast Conference (CCC) Offensive Rookie of the Week honors.

Kenney, meanwhile, had started his season with 43 yards rushing in the win over St. Lawrence, coming off a sophomore season in 2019 when he rushed for 488 yards and two touchdowns.

While his name won’t appear in any of the box scores, Tewksbury’s Justyn Leger, a junior offensive lineman at Endicott has also had an impact on the Gulls first start, seeing action on both contests, and helping the Gulls offense pile up an average of 305 yards per game, including 97 per game on the ground.

Junior tight end Tyler Roberts and his Merrimack teammates pulled off one of the biggest upsets of the weekend in FCS Football on Saturday afternoon at Fitton Field in Worcester, shocking 24th ranked host Holy Cross with a 35-21 victory to improve to 2-0 on the season.

Fresh off a win over FBS opponent, UConn, Holy Cross was overwhelming favorites against third-year FCS school, Merrimack, but that turned out to be irrelevant. The Warriors put together a complete 60-minute effort and claimed the program's first ever win against a ranked FCS team and the most historic victory in program history with a 35-21 decision.

Roberts, a former star at Wilmington High, played a big part in the victory, hauling in six catches for 55 yards as the Warriors not only won the game, but dominated their opponents for much of the game. After the Crusaders took a 7-0 lead in the first quarter, the Warriors completely took over to the tune of 28 unanswered points, which turned out to be enough as the Merrimack defense stood tall and solidified the win.

For his efforts in the win, Roberts was awarded the Warriors “Mack Tough Offensive Performer of the Week.”

It was the second big game in a row for Roberts, who hauled in four catches for 39 yards and a touchdown in the Warriors season opening 55-23 win over Saint Anselm the week before. Roberts got the Warriors offense rolling in this one, grabbing an 18-yard touchdown catch from quarterback Elliot Westin with 2:59 left in the first half. The Warriors trailed 9-0 prior to Roberts’ touchdown, but never looked back after that, coasting to the lopsided victory.

Nichols College freshman linebacker Shane Roberts, Tyler’s younger brother, looks like he is making a smooth transition to the college game, making his collegiate debut this past Saturday in a 27-23 win at Anna Maria, making one tackle to help the Bison cause.

Former Wilmington High star Bailey Smith his making his impact felt, quite literally, for the Curry College Football team from his linebacker position.

On Saturday afternoon in Milton, the sophomore Smith had helped lead the Colonels to a 21-18 over Coast Guard, helping Curry pick up their first win of the season. Smith finished second on the team in total tackles with six, including five solo and two for a loss.

While their season opener against MIT the week before had not gone their way, as they suffered a 41-7 loss, Smith had a fine individual game, finishing with five total tackles, including one for a loss.

The Skyhawks are off to a fine start to their season, posting a 2-0 record thus far, and Lorick is a big part of the reason why, particularly with his performance this past Saturday when the former Tewksbury High star had four tackles to go along with an interception and a pass breakup to help lead Stonehill to a 54-21 win over visiting Southern Connecticut State University.

In the Skyhawks season opener the week before, the senior defensive back had also played very well, making three solo tackles to help lead his team to a 35-13 win over Bloomsburg University.