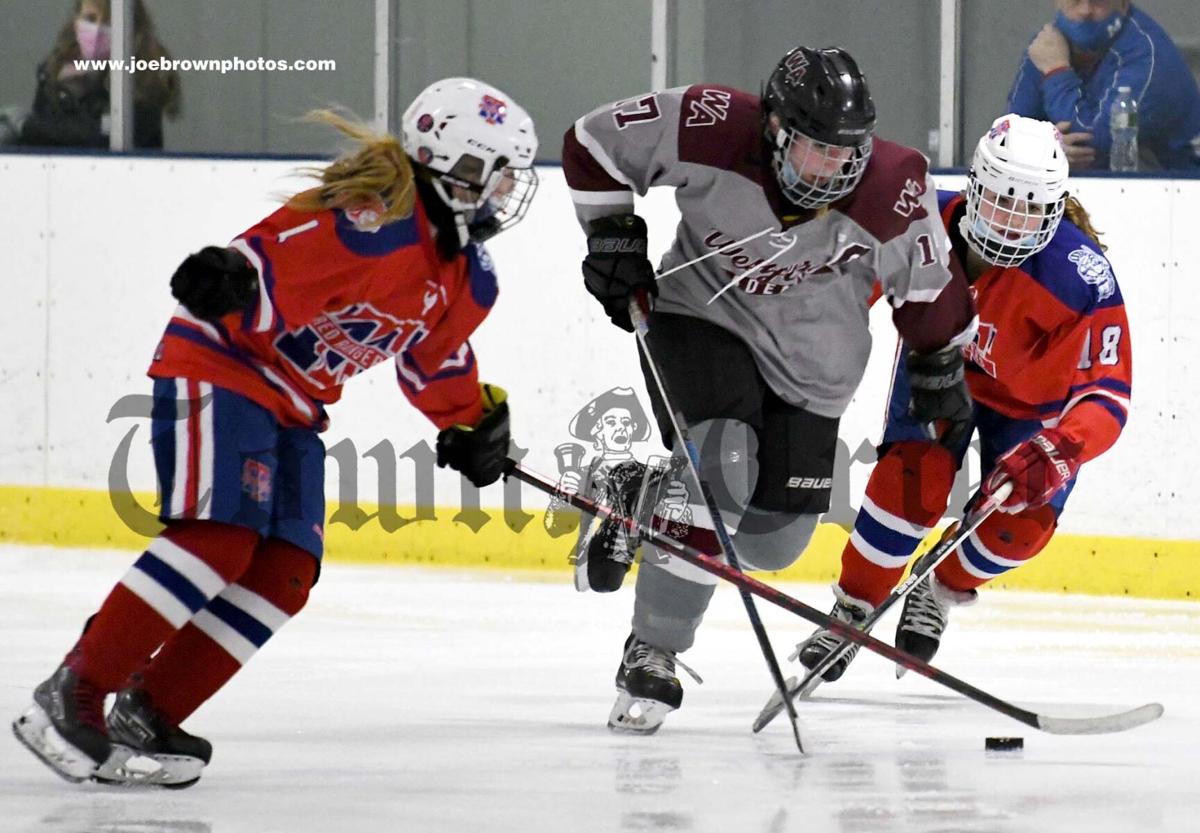 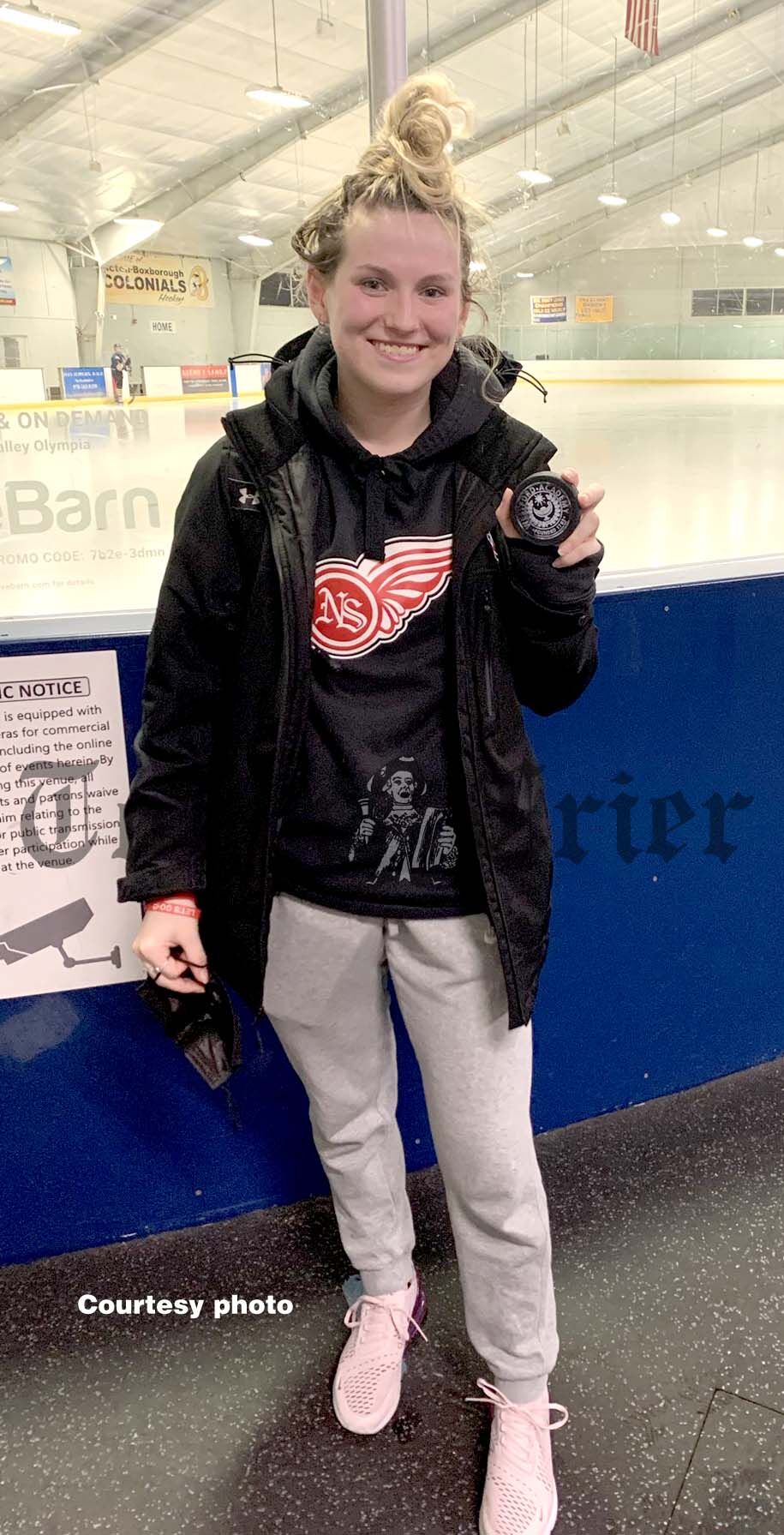 WESTFORD – The Tewksbury/Methuen Co-Op Girls' Hockey team opened the season this past week with two league games, losing a heartbreaker to Acton-Boxboro 1-0 before beating Westford Academy – no longer coached by TMHS Hall of Famer Bob Ware – by a 5-1 score.

In each game, Tewksbury had a shining star as goalie Michelle Kusmaul made 46 saves in the loss, and then in the win, senior Jessica Driscoll scored one of the five goals, but her tally made it No. 50 in her fantastic career.

“We have been so lucky to have Jessica on this team for the past six years,” said head coach Sarah Doucette. “She is such a talented goal scorer and just loves the game of hockey. She is a great teammate and brings so much positivity to our team. It really is so special to see such an awesome kid and hockey player achieve so many accolades. Even with her success, she is still so open to new ideas and coaching. I can't say enough positive things about Jessica because she really is the full package.”

Driscoll also picked up two assists in the win which gives her 77 career points, now 23 away from reaching triple digits.

The other goals in the win came from MJ Petisce with two and single ones from Breena Lawrence, her first varsity tally, and Kat Schille. Lawrence, Nikole Gosse, Kylie Windsor, Jamie Constantino, Riley Sheehan and Emma Ryan had one assist each, while Kusmaul (19) and Saesha Wogan combined to make 24 saves in the net for the win.

“We had a slow start against Westford and went down 1-0 in the first period. However, we adjusted between periods and came out with a lot of energy,” said Doucette. “We scored the first shift of the second period and really gained momentum from there. It was a great team win with so many players contributing. We hope to continue to build off the confidence from that big win as our league doesn't get any easier.”

In the loss to AB, the Red Rangers had some scoring chances but AB had more of them with Kusmaul up to the task with a brilliant performance.

“AB is a very strong team with some really talented players. They play a strong defensive game so we knew we had to shut down some of their key offensive defenseman. We did a great job with our game plan and only let up one goal on the penalty kill. Although we had some good chances we just couldn't find the back of the net. It was a back and forth game and a good early test for us,” said Doucette.

Tewksbury faced Billerica/Chelmsford on Wednesday with results not known as of presstime and then will have a week off before hosting Framingham at noon next Wednesday.