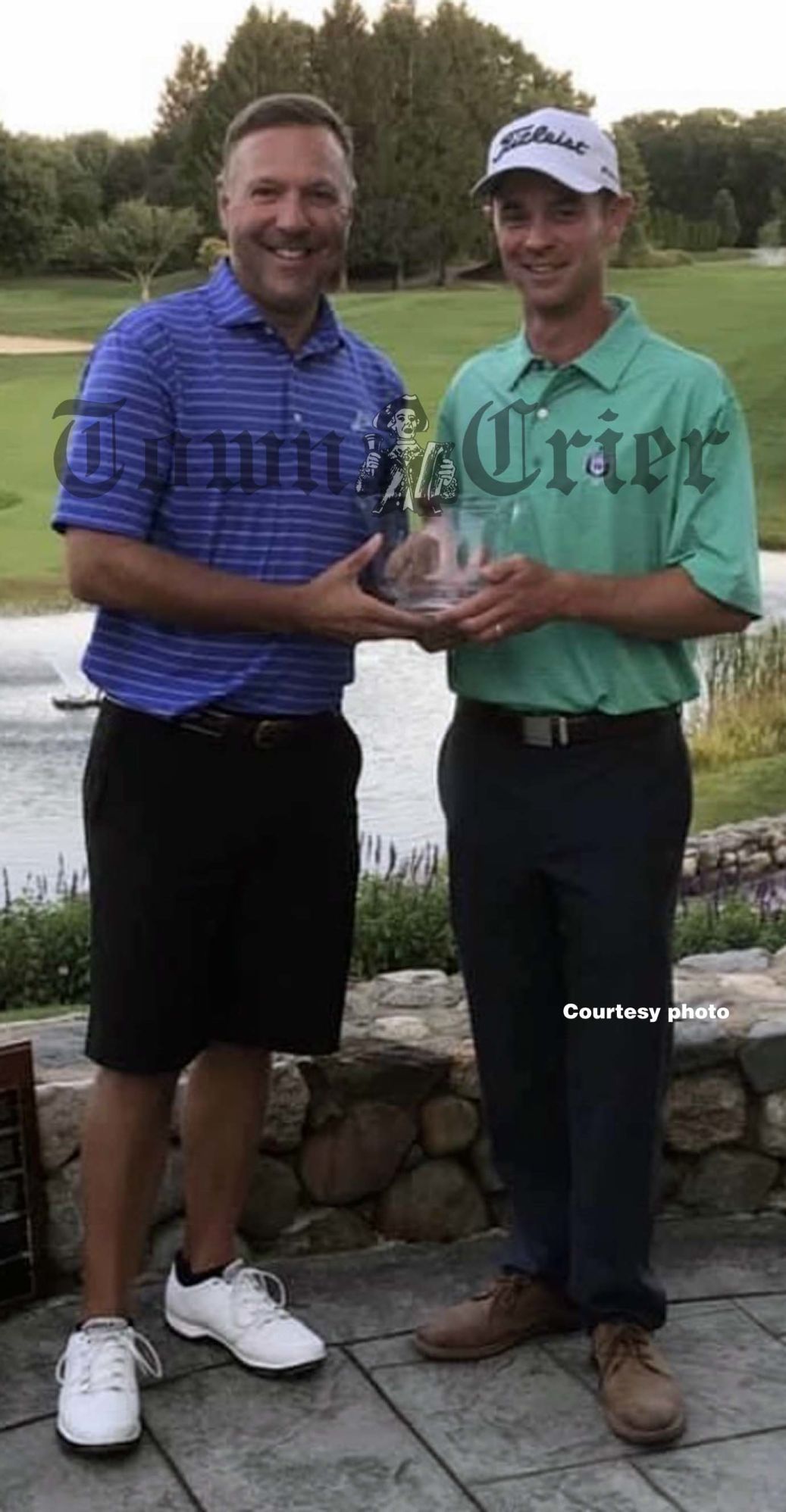 Tewksbury High Hall of Fame Athlete Shawn Scott, far right, is in his second year as the Golf Pro at the Long Meadow Country Club. Shown here with 2019 Senior Cities Champion George Popp, Scott and the rest of the Golf World are anticipating courses to open soon. (courtesy photo). 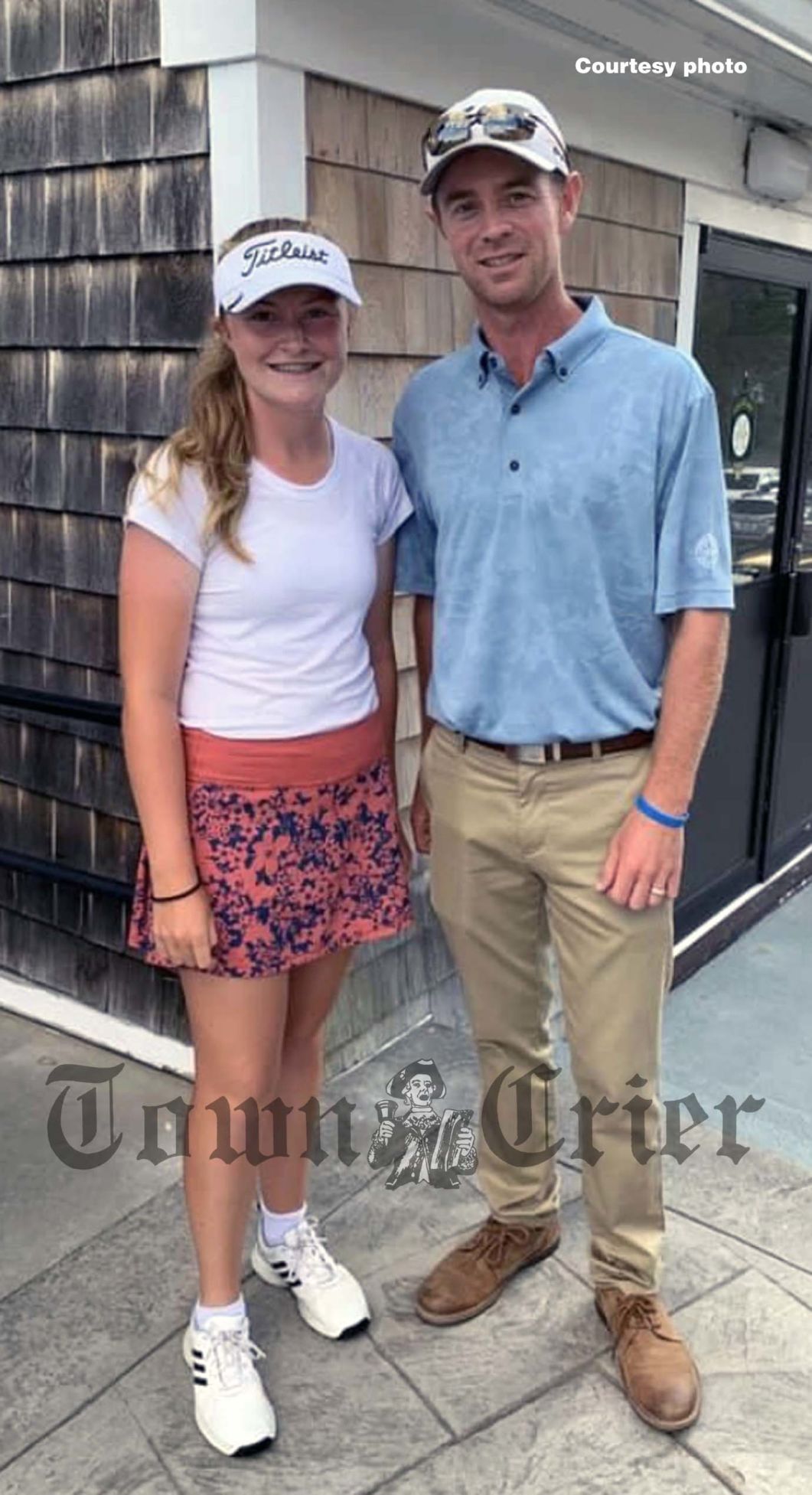 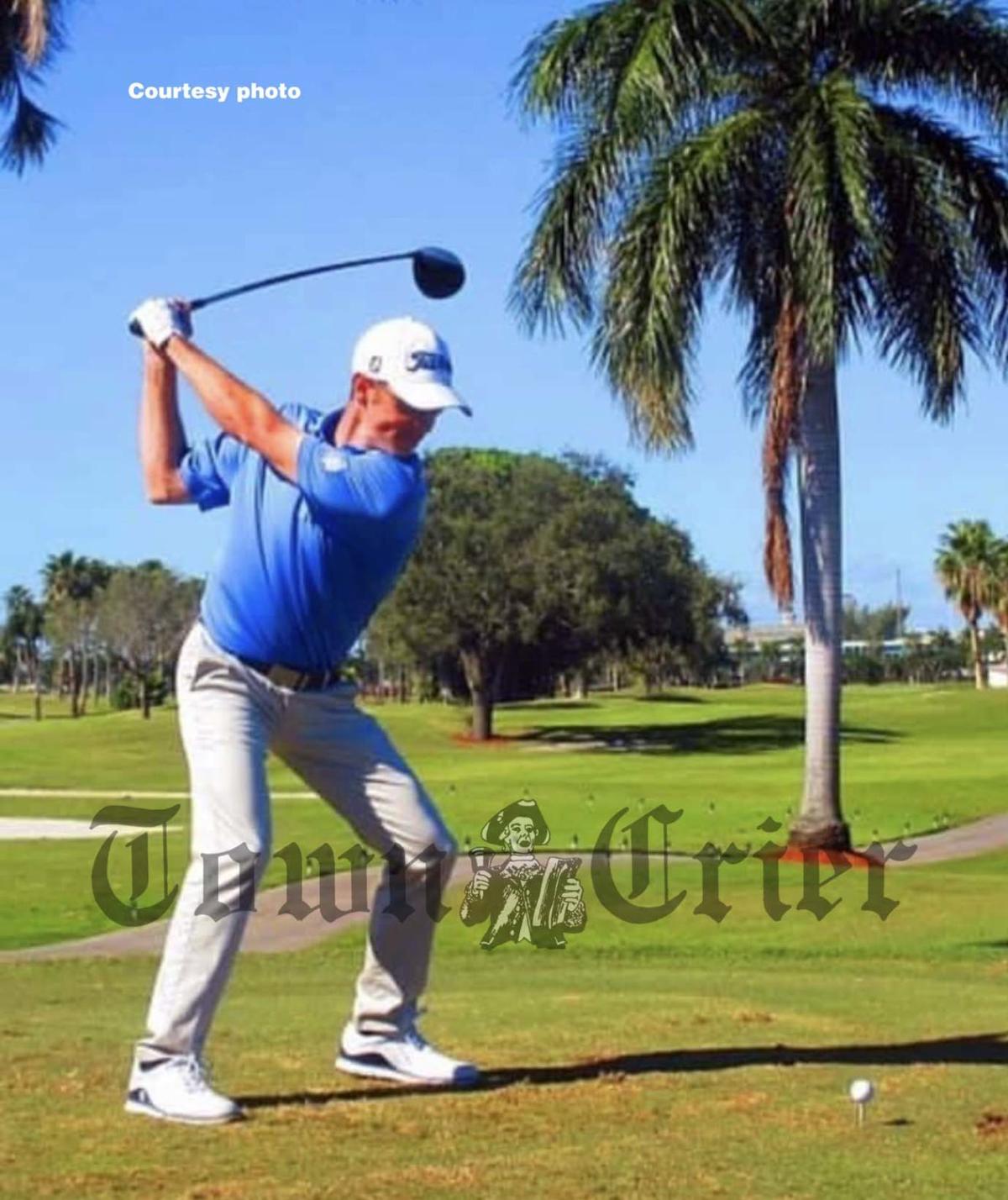 Tewksbury High Hall of Fame Athlete Shawn Scott, far right, is in his second year as the Golf Pro at the Long Meadow Country Club. Shown here with 2019 Senior Cities Champion George Popp, Scott and the rest of the Golf World are anticipating courses to open soon. (courtesy photo).

LOWELL – During a normal season, this time of year would find Shawn Scott putting in countless hours in his position as the Golf Pro at Long Meadow Golf Club in Lowell.

During a normal season, the golf season would be in full swing, so to speak, and Scott, now in his second year as the club’s pro, would be tackling any task in front of him, making sure that the club is run smoothly for its members, with barely a moment to rest in between.

And that is just how the Tewksbury native would like it.

But of course, times are anything but normal at the moment, and that includes on golf courses, which continue to be closed as a result of the stay at home order due to the COVID-19 pandemic. Instead, Scott, like so many others, is awaiting the all clear from Governor Baker as he hopes to get back to work as soon as possible.

There had been some hope that courses may reopen as soon as this upcoming weekend, given the fact that 47 other states have opened their golf courses in recent weeks, but on Monday afternoon, Baker announced that courses will remain closed until at least May 18, along with other non-essential businesses in Massachusetts.

It was not an entirely unexpected decision, but it was still a decision that disappointed many in the golf community, including Scott, who is eager to get Long Meadow up and running for its members.

“It’s disappointing,” Scott said. “I think it is time for golf to make a comeback. I think we have been through a lot and have learned a lot about what to do in order to be safe, and we would be able to bring golf back in a safe way. I think it would be great for the game of golf to help lead us back to some sense of normalcy.”

“We want to be very respectful of the current situation, but at the same time we want to get out and advocate, not just for our game, but also for our members,” Scott said. “I think it would be a nice way to get out and get some exercise, while still practicing social distancing. If we open up, things will certainly look a lot different. We will have to spread out the tee times and do things a lot different to keep everyone safe.”

One of the toughest parts for Scott and other golf enthusiasts in Massachusetts, is seeing golf courses in so many other states, including those bordering Massachusetts like New Hampshire, Rhode Island and Maine, all being open.

“That does make it frustrating, seeing courses in other states being open,” Scott said. “Golf is a different game than a lot of the other sports that aren’t being played right now. If a group goes out, there are just four players and we can spread out the groups. I just feel like if proper policies are in place, then we will be safe. We have trust that the player will follow the rules. I don’t see anyone wanting to be unsafe.”

Along with the obvious desire to get back on the golf course and resume his job on a full-time basis, is the fact that Scott was preparing to enter his second season as the club pro at Longmeadow.

After taking over the position in January of 2019, Scott hurried to get the club ready for the season, and while the season was a great success, and things ran very smoothly, Scott was looking forward to taking the club to an even higher level this season.

“The whole process of getting the job was very exciting. I got the job in January and pretty much started right away,” he said. “I was actually a little behind at that point in getting the pro shop ready season. There is a lot of work that goes into it before the season starts and then it is obviously busy once we start.

“After getting through my first year, I was really looking forward to more normalcy this year, but obviously that has not been the case.”

Scott brings a great deal of passion to his job, and he brings a great golf history along with him. The 2003 graduate of Tewksbury High School, was elected to the school’s Hall of Fame in 2018, following an incredible career for the Redmen, which saw him win MVC Player of the Year Honors in his senior season of 2002 as well as being named the Lowell Sun Player of the Year.

In his junior season, he was selected as an All-Conference player for a Redmen team that finished 2-13-1, as well as being named a Lowell Sun All Star. That season he was also a qualifier for the Division 2 State Qualifier where he finished 12th overall. In his sophomore and freshman seasons he was also selected as an MVC All-Star.

A captain for Redmen all four years of his high school career, Scott then went on to enjoy a fine career at Johnson & Wales University in North Miami, Florida, where the team was NAIA National champions in his freshman year, while majoring in Sports Entertainment Management with a specialty in golf, graduating in 2007.

After living in Florida and working in the golf industry for two years after his graduation, he and his wife Lauren decided to move back to the Northeast when their daughter Sophie was born in 2009 (their son David was born in (2012). Upon his return, he opened a landscaping company, Maplewood Landscaping, along with his cousin.

While he loved running Maplewood Landscaping, he did not lose his love for golf, nor did he stop playing. In fact, even while running company, he still found time to dominate on the golf course, winning several amateur tournaments, including the prestigious Lowell City Golf Tournament back in 2013, while he is also a two-time Massachusetts Open Qualifier.

As happy as he was with the landscaping business, when opportunity knocked at Longmeadow where he had been a member since 2001 when he joined as a junior member, he could not resist.

“All the while I kind of knew I wanted to get back into the golf business,” Scott said. “But there are not a lot of head pro positions available, but when Gene Manley retired, I applied for the job and was lucky enough to get it.”

Manley had been the club pro for 22 years, and the pro before him had been there for 34 years. Clearly as Scott described, these jobs are not easy to come by.

And now of course, Scott is paid to think about the golf course, along with every other aspect of running Long Meadow. From overseeing all of the course employees to putting together all tournaments for members, running the pro shop, and also giving lessons, there is not a lot of down time during a typical day for Scott. But you won’t find him complaining.

“It is a lot of work. It is a lot of hours, but I also am able to play a lot,” Scott said. “Sometimes a group will come in and ask if I can go out and play with them. I feel like I have to pinch myself sometimes. It is definitely a lot of work, but I love it. “

Being a club pro anywhere would have been a dream come true for Scott, but having it happen at Long Meadow, where he grew up playing the game, has made it even better.

“I think having been a member was a big part of me being hired. Those kinds of jobs don’t pop up very often, and I know that a lot of well qualified people applied for the job, but I was a member of the club, and they knew me well and knew that golf was passion,” Scott said. “They know that I was aware of things that are unique to Long Meadow, and I want to continue to carry those things forward.”

The first step towards carrying anything forward of course, will be opening up the golf courses, and Scott is eagerly awaiting that day.

“At this point, we are trying to leave it up to the doctors and the scientists. We want to be very respectful of that,” Scott said. “But we are also looking at ways to safely play golf. And also going forward, once we are able to open, we will proceed while following social distancing. We want our members to be safe, and to be able to get out and enjoy the game of golf.”