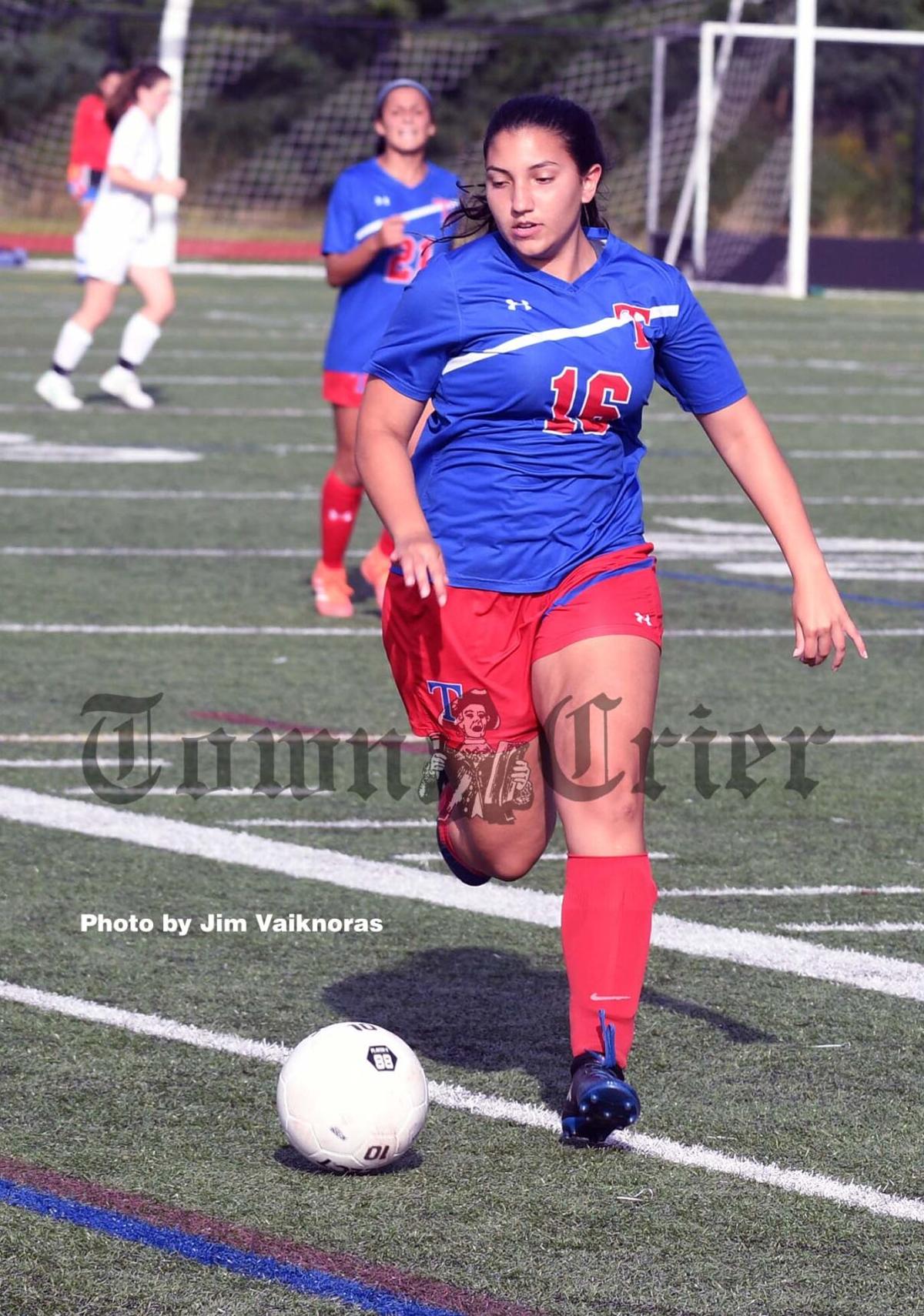 Tewksbury's Sara Boucher handles the ball during a Varsity Girls’ Soccer game played last year. Girls who are interested in playing for the team this year may tryout on September 18th. (photo by Jim Vaiknoras). 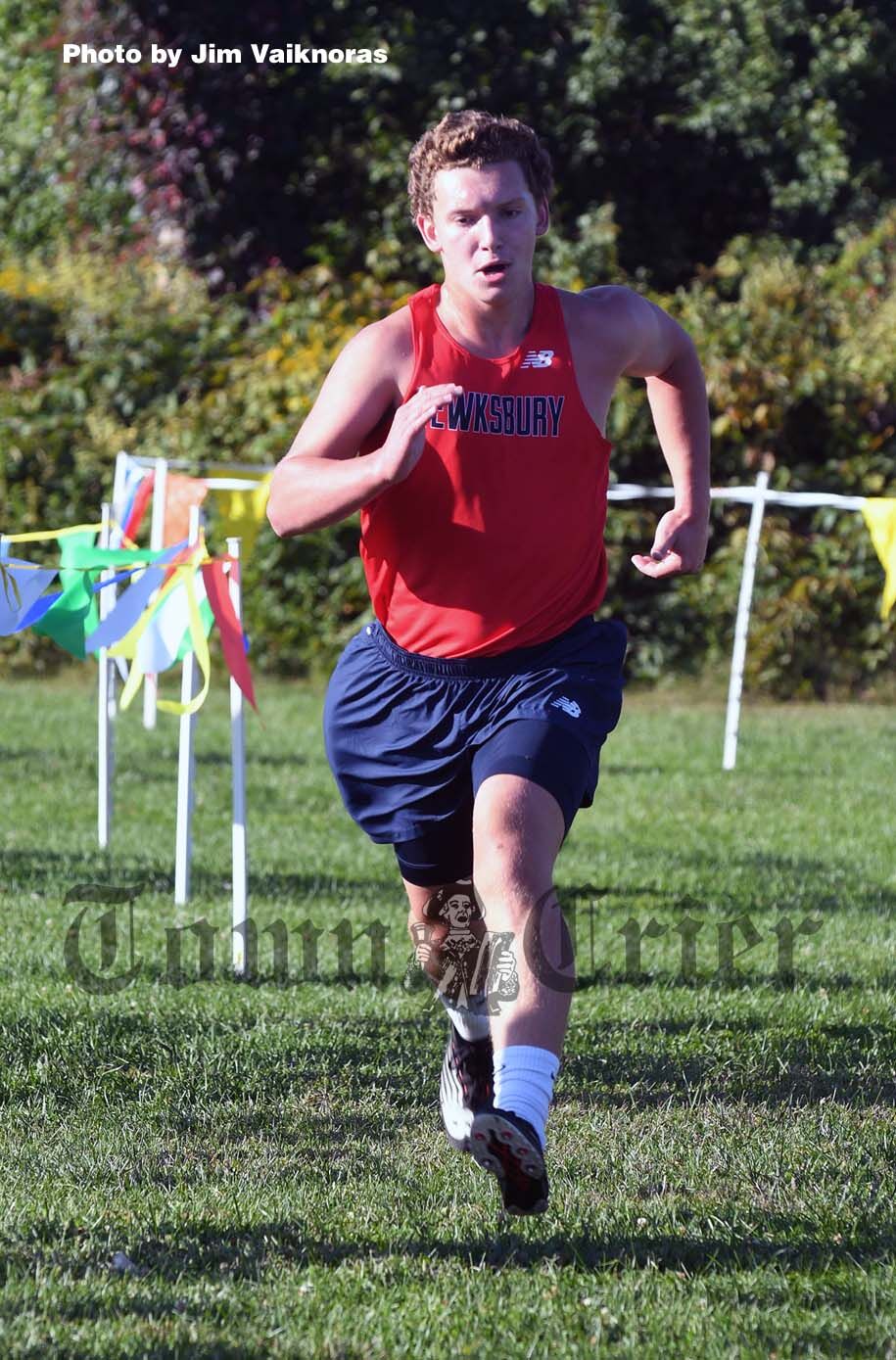 Tewksbury's Sara Boucher handles the ball during a Varsity Girls’ Soccer game played last year. Girls who are interested in playing for the team this year may tryout on September 18th. (photo by Jim Vaiknoras).

TEWKSBURY — Over the last few weeks, the Town Crier has given our readers updates from the Massachusetts Interscholastic Athletic Association as well as from Tewksbury Memorial High School Athletic Director Ron Drouin on the fall high school athletic season. In addition, there have been stories about the new guidelines for this upcoming soccer, field hockey, volleyball, golf and cross-country seasons.

On Tuesday morning, we reached out to Drouin again who was able to give us a much-more detailed follow-up on what lies ahead for the TMHS student-athletes who will be competing in those sports.

Football, cheerleading and unified basketball, which normally runs in the fall, have been moved to the 'floating season', which begins in late February.

A decision has not been made as of yet for swimming-and-diving.

Drouin confirmed that the first day for tryouts will be September 18th. From there, all of the sports with the exception of golf, will have two weeks of tryouts/practice, with golf having seven days.

Among the new decisions that have been made include volleyball will be played, and the athletes will have buses for transportation to and from games.

With the go-ahead from Governor Baker, the MIAA, the MIAA Sports Medicine Committee, the DESE, the EEA and Tewksbury's School Officials including Superintendent of Schools Chris Malone, the School Committee and Drouin, it appears as if the Merrimack Valley Conference Athletic Directors are putting the final touches on the schedules for this upcoming season. Golf could start in September 25th and the other sports — soccer, field hockey, cross-country and volleyball – on October 2nd.

"The week runs from Monday through Sunday. Ideally with almost every school being remote on Wednesdays, Wednesday is a game day and there's availability for buses. Wednesdays and Saturdays are the target dates to play the games," said Drouin. "The first day they can play is Friday, October 2nd so the first week is going to be a Friday and Saturday week and then every other week after that will be Wednesdays and Saturdays so we can get every team as many contests as we can safely."

The MVC Athletic Directors have become very creative with ways of making this work.

"Golf is exempt from that schedule and their matches will be based on the tee-time availabilities of the courses, so it'll be separate from the other sports."

The Middlesex League, among others, have already elected to move volleyball to the 'floating season'. Drouin emphatically wanted to keep that sport in the fall.

"Volleyball is going to be played," he said. "There's a lot of leagues that are taking volleyball and moving it to the 'floating season'. I'm not in favor of that at all because if these kids have an opportunity to play right now, they need to play. Who knows if we're going to have a spike (with COVID-19)? Who knows if we're 'the floating season' is going to work? My fingers are crossed that it does work and take place, but if we can safely run events now and live stream them so these kids can play, then we should play and these kids need to play. I would hate to move something to the 'floating fall season' and have the season not take place.

"There's an opportunity for these kids to play now and we don't want to take that away from them and move their season. Other leagues are taking the cautious approach and I fully understand that. I feel and we as a league feel, that we can run events safely under the guidance that is provided and run these events for these kids to play. It's how I feel and our league is taking the same stand."

While the modifications for volleyball are extremely minimal, the opposite can be said for some of the other sports especially soccer, field hockey and cross-country.

"Are the rules great? No, they aren't great. The modifications that they have made takes away from alot of the sports," said Drouin. "But they are the same rules for every team, they are the same rules for every kid — make the adjustment, coach your team and let's go play. The more creative coaches will do the more creative things and the coaches who aren't as creative are going to be slower to make the adjustments that are needed to be made.

In last week's Crier, we explained the new rules and guidelines for each of the sports. One change will be in field hockey as games will now be 7-on-7, and there will no longer be any 'corner hits'.

"I have a lot of thoughts going through my head right now, but the one that keeps taking the forefront is, this is going to be much more of a season than I expected to have," said head coach Jordan Taylor. "I am excited to be back with my team in a couple of weeks; I am excited that new athletes will have the opportunity to tryout, and that my seniors will have their chance to play; and I am excited that we will not be overlapping with any other seasons.

"Playing with less players on the field is going to be a challenge for everyone, but it also presents us with an opportunity to develop new game strategies and skills — I always want my team to be more spread out and flexible. No corners will definitely be strange, but we can focus our circle strategies in new form.

“I have all the faith in my team, and I hope they realize that we are lucky to be playing. I want them to take advantage of everything they are given this year."

Drouin said that he hopes team schedules will be released later this week, that decisions on swimming and spectators for the events will also be made relatively soon.