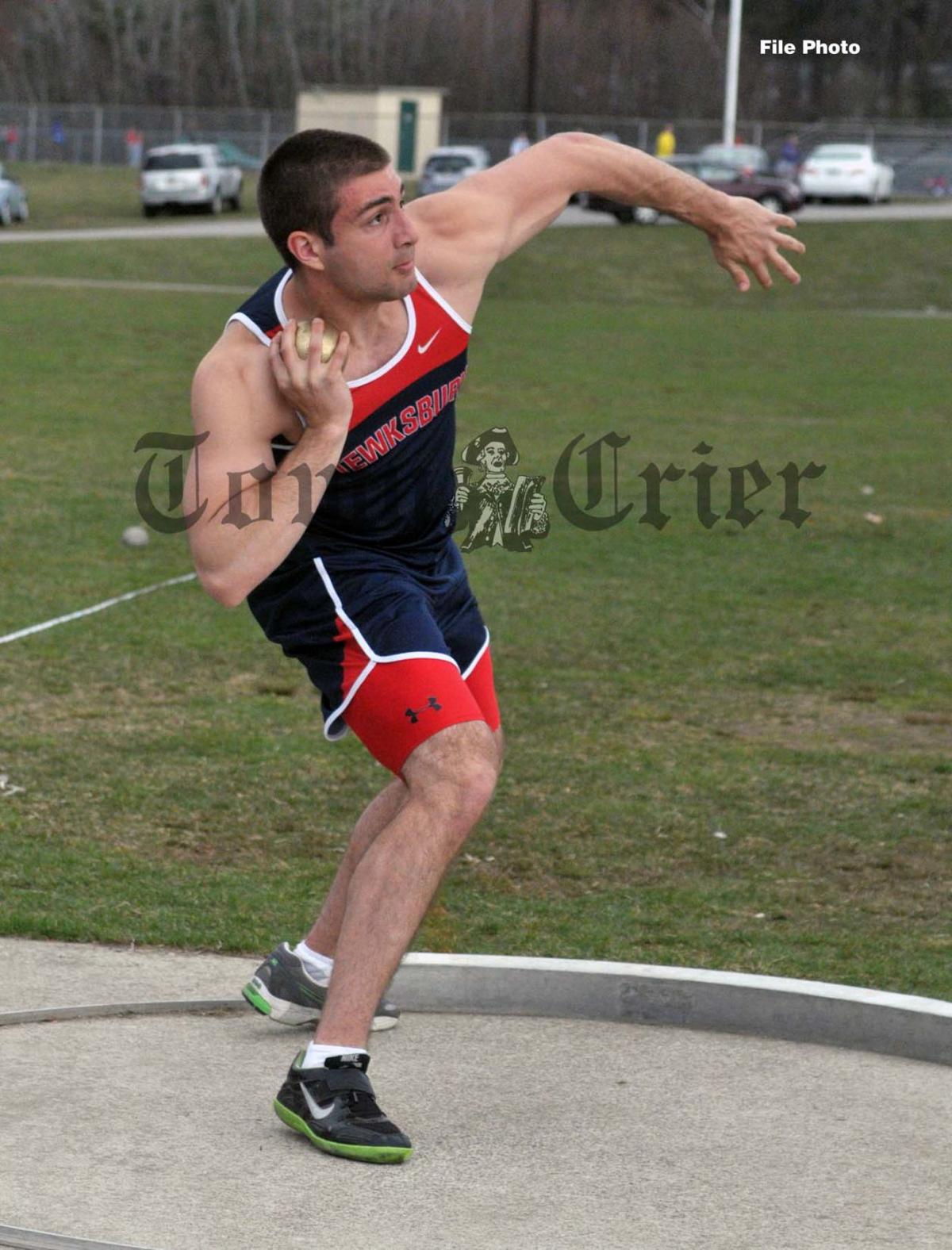 John Fiorello has now made the Town Crier’s Indoor and Outdoor All-Decade team thanks to excelling in the shot put. (file photo). 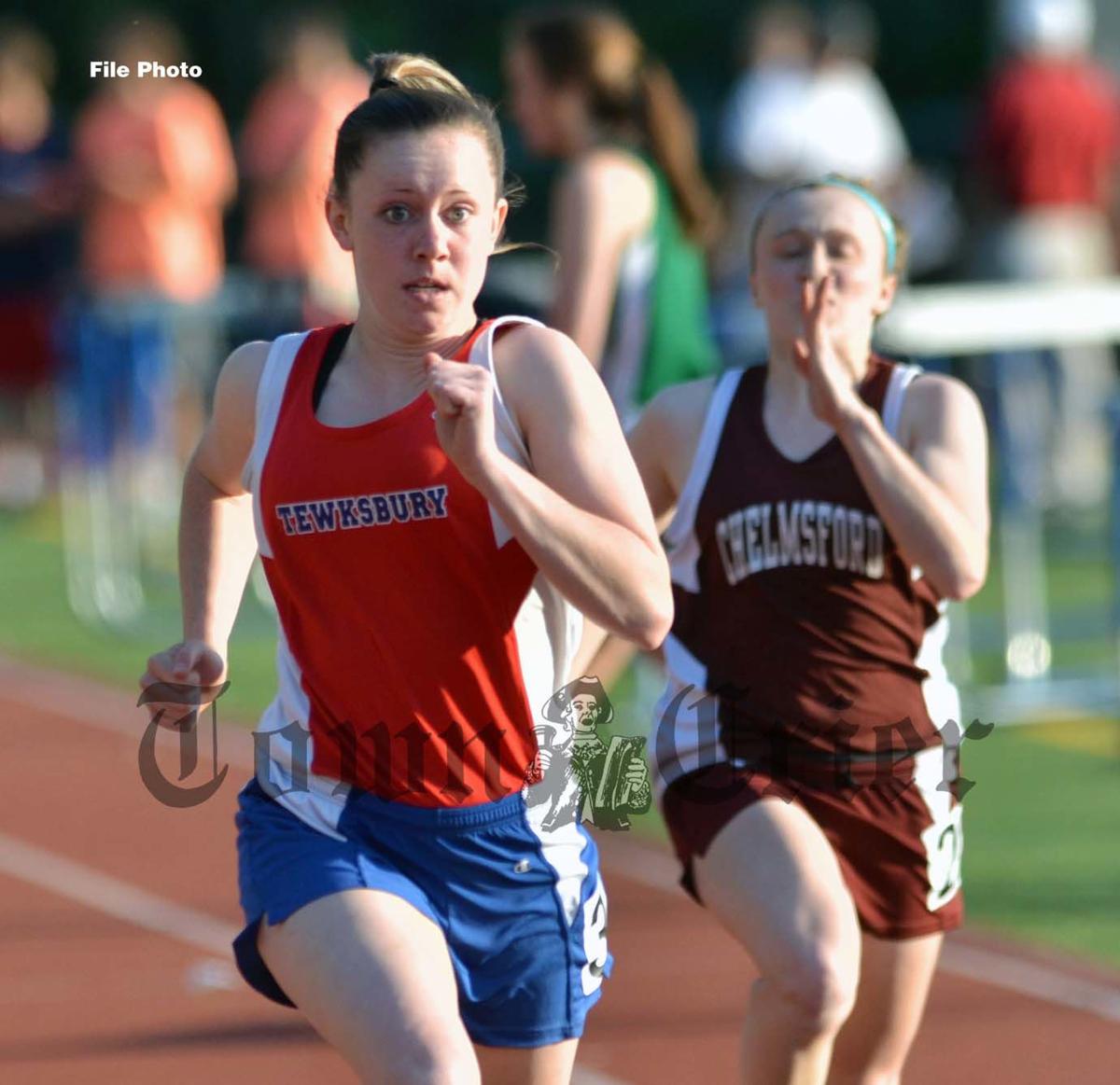 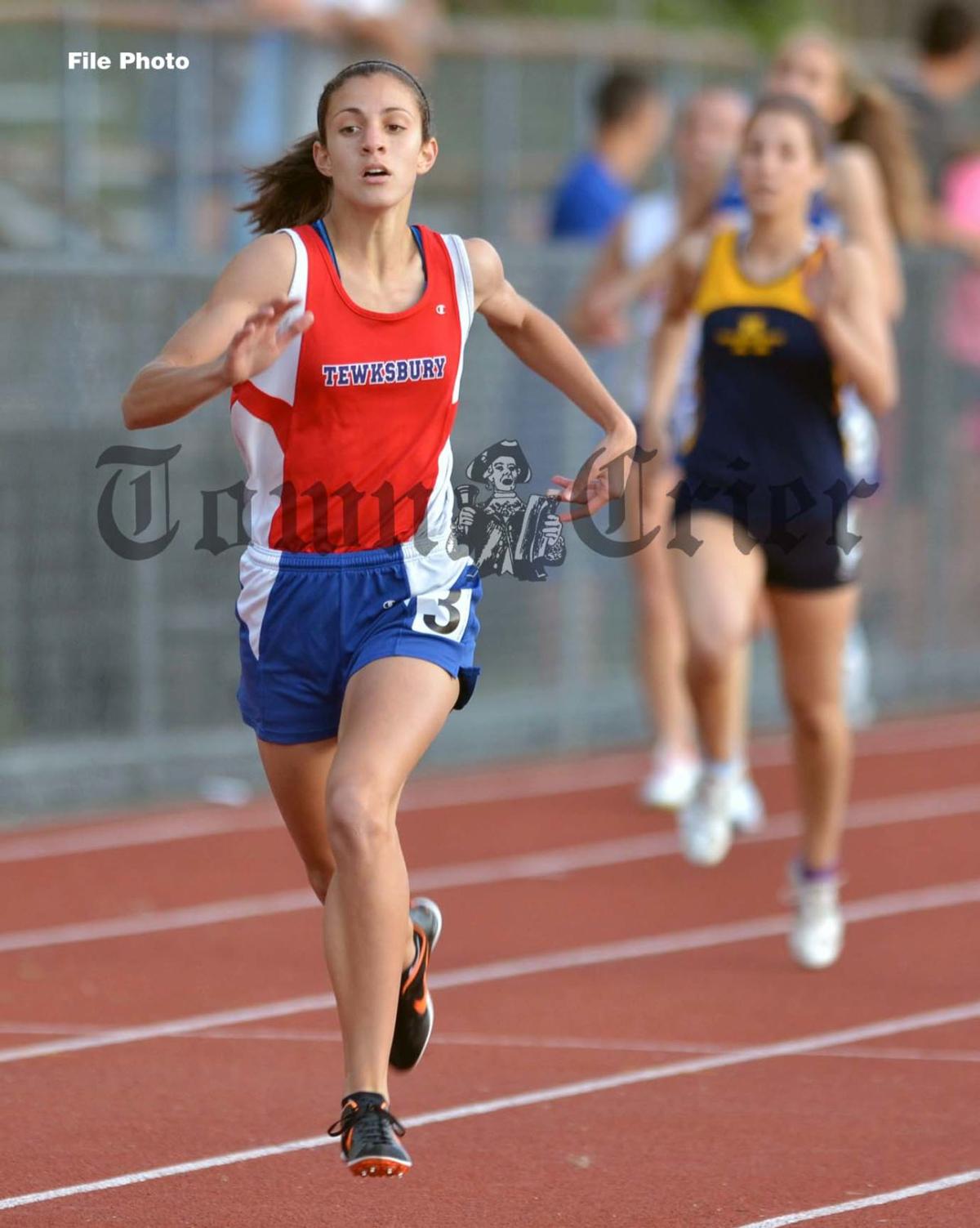 John Fiorello has now made the Town Crier’s Indoor and Outdoor All-Decade team thanks to excelling in the shot put. (file photo).

TEWKSBURY – There's a handful of close seconds, but really there's no debate here either. The greatest varsity athletic program at Tewksbury Memorial High School over this past decade is hands down, the Girls Outdoor Track-and-Field Team.

Not counting Paige, who is currently still competing, of the other 14 individuals on the First Team, nine went on or are still at a Division 1 college with four at UMass-Lowell and one each at Villanova, Bucknell, Boston College, Georgetown and Jacksonville University.

Not bad for the second smallest school in the Merrimack Valley Conference.

Below is the All-Decade team, as well as the reserve team. My apologies to the Indoor All-Decade Boys and Girls Teams for not having brief write-ups with each selection, as that was a mistake on my part.

Again these choices were made solely by me. In this case I took the top 15 girls of the decade, regardless of their event, and who made the biggest impact, as well as the three top relay teams.

Jess Amedee – I missed the meet in 2014 when she was the Class C Champion in the 100-meter hurdles, but will never forget interviewing her at the following practice on a pretty hot day. She finished fourth in the entire state a week later. She went on to have a great career at UML and again, I'll remember taking the trip to the school to interview her, this time in a cooler office.

Jess Bridle – In her senior year, she was second in the state in the 400 and was also part of the third best 4x400 relay team in the state. Add to that finishes of first, fourth and fifth combined in the 100 and 400 at three different Class Meets and you have a sprinter who was among the all-time best.

Ashley Colarusso – She was a two-time Class C Champion in the pole vault, who also finished second as a sophomore, while taking sixth and seventh in the entire state. Besides that, she excelled in relays, a number of them helping the team win various post-season meets, including the third place finish by the 4x100 team in 2015.

Sarah Hogan – In high school, she was a tremendous sprinter, but stopped competing when she went to UMass-Amherst. She went on to run the Boston Marathon in 2014. During her high school days, she was part of several of the state's best 4x100 and 4x400 relay teams, while also being a MVC Champion and finishing ninth at the Class B Meet in the 100.

Oh yeah, she was named an All-American after finishing third in the entire country with an incredible time of 2:06.27 in the 800.

Tatum Pecci – She was so explosive in sprinting events – just so much fun to watch someone be so fast out of the gates. She was on her way to become a three-time Class C Champion in the 200 until a major hamstring pull ended that. She was also a part of several outstanding relay teams including the state's second best 4x400 team in 2016.

Lauren Polimeno – There's certain moments in my TC career that I'll never forget. Seconds after finishing fourth at the All-State Meet in the hurdles on a scorching afternoon, Polimeno sincerely thanked me for driving out to Westfield State College to watch and write about the team. It was so genuine and just meant a lot and something I won’t soon forget.

On the track, she was part of the best 4x800 relay team in the state, was the third in the entire state in the pentathlon and fourth in the 400-meter hurdles. And that was just in her senior year.

Molly Robertson – In 2015 and '16, she finished second and fourth respectively at the Class C Meets in the pentathlon and also paced fourth in the entire state in '15, which gave the team a tremendous amount of points in each of those meets. She was also a MVC Champion in the javelin.

Sara Semenza – Another three-sport athlete with soccer and basketball, Semenza really was overshadowed during her career, she was a three-time place finisher in the 400 at the Class Meets, finishing second, seventh and seventh, while was also a part of some successful relay teams as well.

Emily Sessa – At the Class Meets, she finished second, second and fifth in the 800 and was also 8th and 21st in the entire state. Add to that being a part of the 4x800 relay team which was first and second in the state, and the 4x400 team which was ninth.

Rachel Sessa – Individually, she won three Class C Titles, was the best miler in the entire state in 2016, and then the following year she was second in the state in both the 800 and mile. On top of that, she was a part of the first and second place 4x800 relay teams in the state, as well as the ninth best 4x400 team.

Leanne Tucker – Named an All-American after her sixth place finish in the 800 at the Nike Nationals in North Carolina. In 2010, she was the Class Champion in the 800, part of the All-State 4x400 relay championship team, while taking second in the 800 on the same day.

Although not as drastic as the indoor season, the TMHS Boys Outdoor Track-and-Field team went through four coaches in the decade and had moderate success in terms of the team, but had tremendous individual success with a handful of very talented athletes.

Steve Levine guided the team the first two years of the decade, combining for a 7-3 record, which included winning the MVC Division 2 title in his last hurrah. Bill Meuse came on for the next two years and after a 1-4 record the first year, he led the team to a 4-0 record and MVC D2 title in his second season. He left for Lawrence and Peter Fortunato took over and in five years, he compiled a 12-9 record, including three straight 3-1 seasons. Peter Molloy was the coach in 2019 and that team also finished at 3-1.

The program finished the decade with a 27-17 record and two league titles.

Brian Amaral – The coaching staff had to shuffle him around to different events and relays to benefit the team, yet he was still one of the top three-sport distance runners over the past ten years. Individually at the Class B Meets, he was eighth in the two-mile and seventh in the mile, while also being a part of a number of successful relay teams.

Anthony Arcari – In two years of eligibility for this selection, he was one of three individuals to place within the top five of his respective event at the New England Meet, taking fourth in the 100-meters with a time of 11.11. He finished second and third in that event at the Class B Meets and was also seventh in the state in 2010.

Thomas Barinelli – He is one of three members of the 2019 All-American shuttle hurdle team to make it to this team with their fifth place finish at the Nationals. In addition, he was third in the triple jump at the Class C Meet last spring.

Mike Famiglietti – Another case of someone who put the work in and kept getting better and better results throughout high school and in college at UMass-Amherst and then post-grad at UML. In 2014, he was fifth in the two-mile and part of the fourth place 4x800 relay team at the divisional meet. In 2015, he was second at the Class Meet in the two-mile and followed that up with a 14th place finish at the All-States.

John Fiorello – In 2013, he finished fifth in all of New England in the shot put, throwing a whopping 54-10.50. That same year he was third at the Class Meet and fifth at the All-States. He went on to have a great career at UML.

Lucas Frost – One of my all-time favorite stories, and all-time favorite kids to interview, just because it was a challenge to get him to open up. Last year he threw the javelin 191-02 feet to win the All-State Championship for the second straight year. He is now at URI as a member of its team.

Richard Kirby – I remember John Byrnes predicting that Kirby would be an Olympian and while that prediction fell well-short, the thought of Kirby being such a premier athlete always stood strong. At the Class B Meet in 2010, he was fourth in the pole vault, fifth in the 400-hurdles and part of the sixth place 4x400 team. The next year, he was third in the pole vault and fourth in the hurdles. He was also 14th in both events at the All-State Meet.

Zach LaLonde – He was featured in the paper a few weeks ago for his tremendous career. Last year he finished second and fifth in the 400 and 110-meter hurdles at the Class Meet, and then 8th at the All-States in the 110 race. He was also an All-American on that shuttle hurdle team.

Masyn Lorick – He was a three-time divisional place finisher in the high jump, finishing second and fourth twice, clearing 6-4 in 2016, the same year he finished 18th at the All-State Meet.

Eddie Matovu – Throughout the decade, both on the boys and girls side, there have been many outstanding hurdlers and Matovu is certainly among them. In 2013, he was second at the Class Meet and sixth at the All-States in the 110-meters, then in 2014, he was a Class C Champion before finishing 11th at the All-States.

Mike Monahan – Like a handful of others on this team, Monahan was also selected to the All-Decade Indoor Track team. In 2015, he finished 10th at the Class Meet in the pentathlon, and followed that up with fifth and first place finishes in the 110-meter hurdles. Hew was also sixth in the same event at the 2017 All-State Meet.

Chris Santos – A reigning Town Crier Male Athlete of the Year, he only had one year of eligibility and in that time, he was the Class B Champion in the pole vault, clearing 14 feet, before finishing fifth in the entire state, clearing 13 feet.

Colby Wilson – I always have a few laughs with him, whether with the microphone in his face or not. He was one of the All-Americans from the shuttle hurdle team, was part of the 4x100 relay team which finished third at the Class C Meet and 12th at the All-State Meet, and he was also 9th at the divisional meet in the 100.

He also broke the school record in the long jump ... and had a big interception. Oh wait, wrong sport!

Steven Wilson – He put everything together for a magical 2018 season. He won the Class C Pentathlon Championship and came back a few days later to win and break a meet record by clearing 14 feet in the pole vault. He went on to place second at the All-State Meet clearing 13-03.