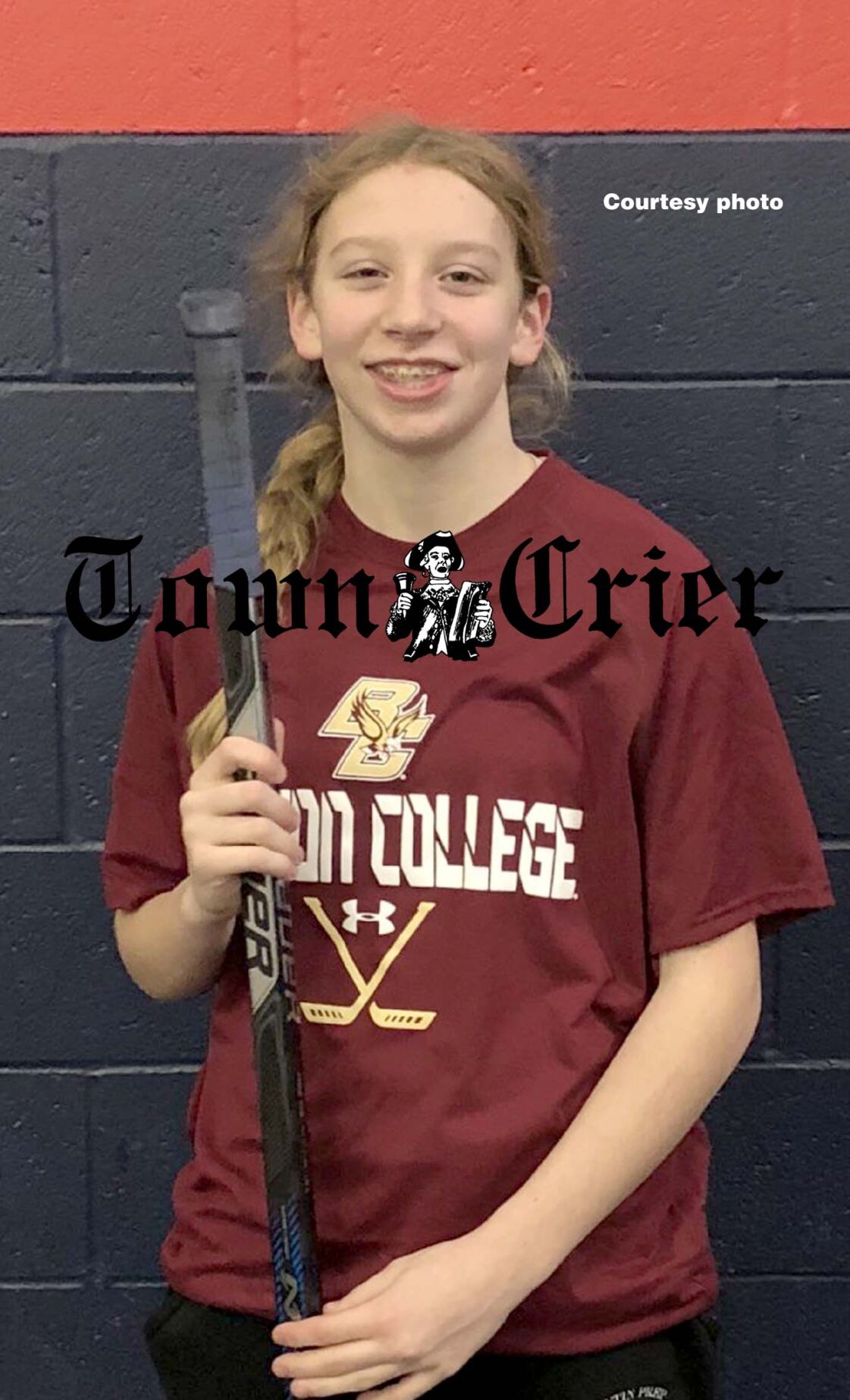 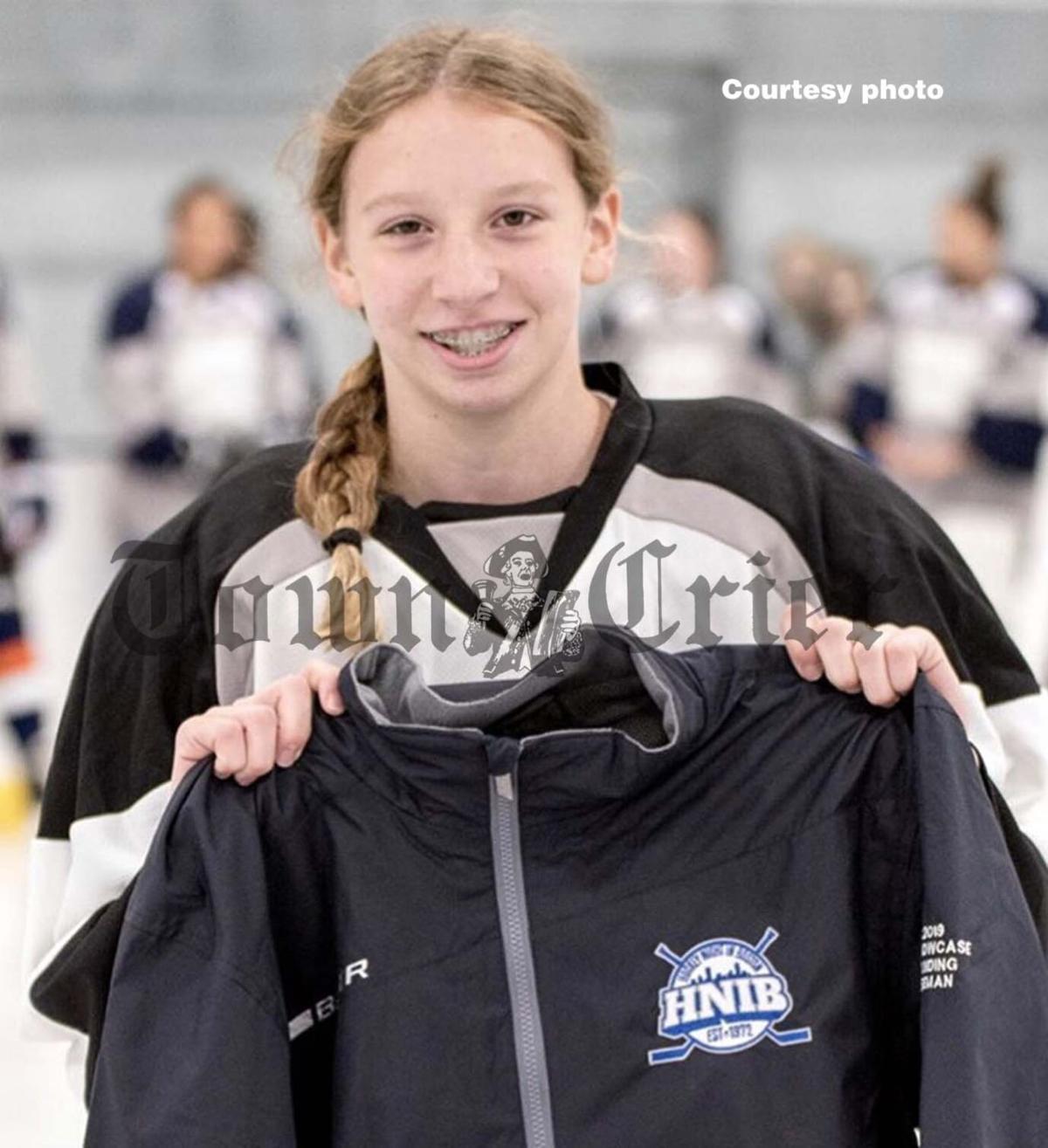 Samantha Taber is all smiles after she competed in the HNIB tournament. (courtesy photo). 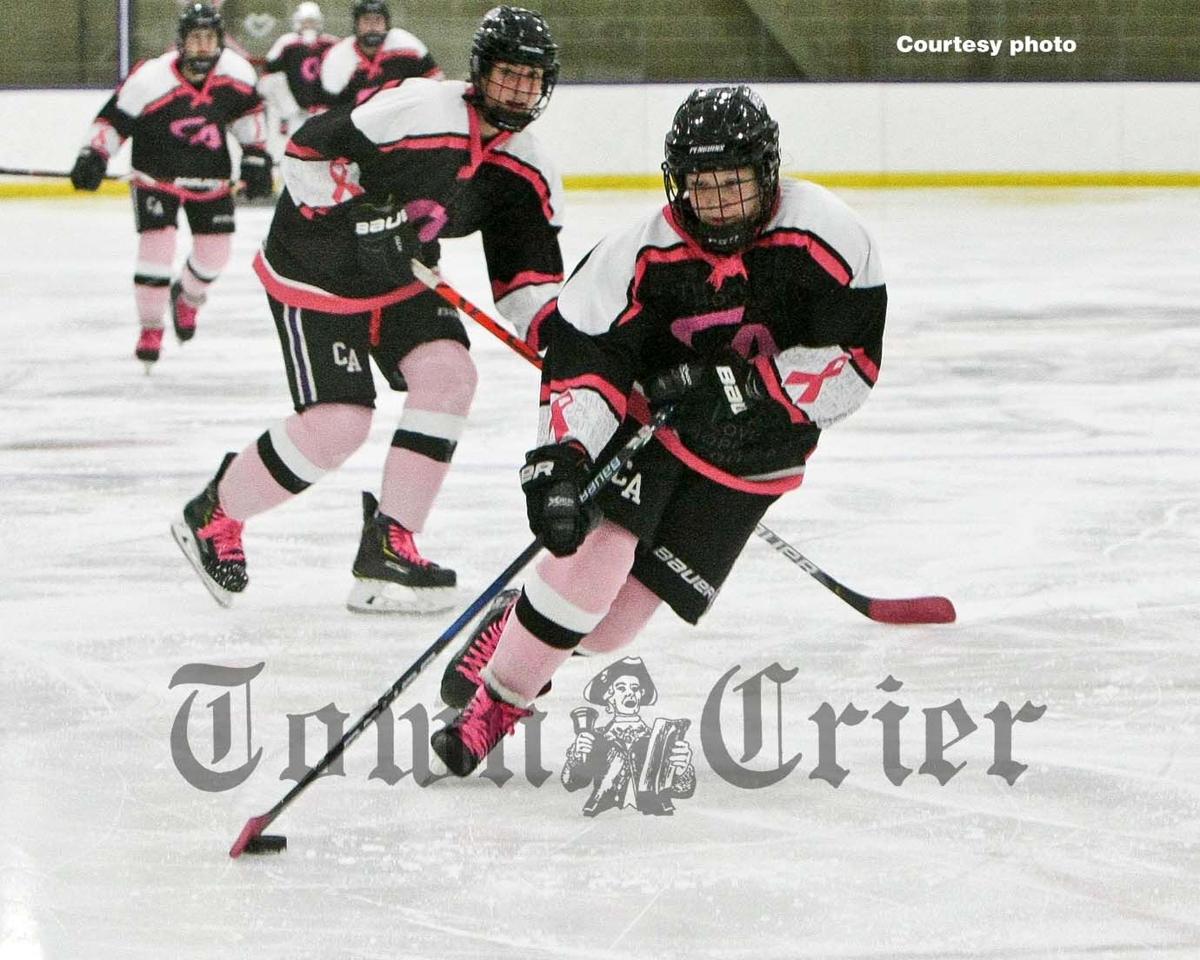 Samantha Taber handles the puck during her playing days this season at Cushing Academy. (courtesy photo).

Samantha Taber is all smiles after she competed in the HNIB tournament. (courtesy photo).

Samantha Taber handles the puck during her playing days this season at Cushing Academy. (courtesy photo).

TEWKSBURY — Tewksbury native Samantha Taber has received a lot of attention in recent years and deservedly so. This ice hockey phenomenon has been a force to be reckoned with and promises to continue that trend for some time to come.

Blessed with daunting speed and an uncanny knack for finding the back of the net, Taber burst on the scene with Austin Preparatory in 2017 and as an eighth-grader, not only led the Cougars in scoring but contributed vastly to the program’s back-to-back deep tournament runs.

In a carefully conceived move, Taber withdrew from AP and enrolled with Cushing Academy, which is a prep school located in the bucolic Central Mass. community of Ashburnham.

“Currently, I’m a sophomore with Cushing,” said the fifteen-year-old Taber. “It was an enjoyable two years of middle school with AP and I’ll cherish my time there, but it was always my plan to join the ranks of a prep school in a more competitive league.”

Cushing Academy was established in 1865 and describes itself as a “co-educational, college preparatory boarding and day school for students in grades 9-12 who excel in outstanding academic, art, and athletic offerings.”

While Cushing’s academics reputation certainly contributed to her decision, the athletics potential was foremost for Taber. The competitive league that she sought places Cushing in the Division 1 level of the New England Preparatory School Athletic Council (NEPSAC), which boasts 162 member schools in New England and Canada.

While it’s possible for an individual to get lost in a league of this scope, Taber has already made her mark, according to Coach Valerie Bono.

“As a freshman in the league last year, Sammy was in the top-ten scorers and points,” said Bono, who is a ’97 Cushing alum who played her college hockey with Providence, leading the Friars in power play goals and game-winners. “She has already committed to Boston College, however, her work ethic and drive remain high to be an impact player at the next level.”

According to Elite Prospects, an organization which maintains ice hockey player bios and statistics, Taber tallied 25-goals and 19-assists in 34 games played for the Cushing Penguins during the 2019-20 campaign. Needless to say, due to Covid-19 restrictions, she is unable to improve upon those remarkable numbers this year. But despite the adverse conditions, there are benefits to a hockey season of this nature, according to Bono.

“While this season is largely a non-competitive one, we have scheduled ten games that are going to allow us to showcase our player’s talents,” said the coach, whose credentials include a decade-long stint as the Burlington High School girl’s varsity coach. “I have no doubt that Sammy will continue to impact the game in an incredibly positive way and create opportunities for our team to move forward in the standings and bring home a championship next year.”

Speaking of championships, Taber and the AP Cougars were clearly snake bit during her two years with the program. In 2019, for instance, the Cougars captivated their fans and supporters, finishing the regular season with an unblemished 20-0 mark. Taber was the catalyst behind the success, contributing twenty-five percent of the program’s 108 goals scored during that run.

Unfortunately, on the heels of a trio of tournament wins, AP fell short in a 2-1 OT loss to Methuen-Tewksbury in the final. And last year, the Cougars were again slated to vie for a state title but like all of the other finalists, never reached the doors of the Boston Garden, this time defeated by Covid-19. It was a bitter pill to swallow.

Players like Taber have cemented Austin Prep at the top of a list of schools to consider for hockey hopefuls, according to Coach Stephanie Wood.

“AP girl’s hockey has evolved into an outstanding development platform, assisting numerous players like Sam to the next level,” said Wood, who guided Taber to 23-goals and 17-assists in her final season with the club. “I am happy to have been able to work with Sam and help her get to where she wanted to go. She is a very gifted athlete.”

“Sammy Taber is one of the most dynamic players in girl’s prep school hockey,” she said. “She is creative and has great vision on the ice for plays around her as well as plays that are about to happen. Her speed and agility allows her to sneak her way into offensive opportunities that other people don’t know exist which is very exciting to observe.”

Taber got her start in typical fashion, although by majority standards, was a late bloomer at age seven. Supported by her father, Kevin, her mother, Dianne, and her sisters, Hayley, and AP former teammate Eryn, she progressed through the youth hockey ranks, rapidly establishing herself as an offensive menace for opposition blue-liners.

“I started off my first five years playing boy’s ice hockey, mainly in the Eastern Hockey Federation with Top Gun,” said Taber, who provided her comments during a recent recreational skate with friends. “The EHF is considered one of the best youth hockey leagues in the country.”

Taber moved on to girl’s hockey at the age of 12, skating for the North Shore Vipers, a club team based out of the Breakaway Ice Center in Tewksbury. As a seventh grader, she joined the ranks of the AP Cougars and excelled almost immediately. But it was during the next year, as an eighth-grader, that she received the most stunning news of all.

“It was an awesome moment in my life and something I will never forget,” said Taber, describing the call she received from the Boston College recruitment officials. “The Eagles’ assistant coach, Courtney Kennedy, reached out and I agreed to accept their offer without hesitation.”

Taber will be part of the Boston College graduating class of 2027 and will likely play a key role in the success of Eagles women’s hockey. There is also the hope that she will one day skate for USA Hockey.

In the meantime, there is still the matter of two more years with the Cushing Penguins, a program that wrapped up the 2020 season with a 19-14-1 record and defeated Rivers Academy, 2-1, in the NEPSAC Small School championship. Taber scored early in the game.

“One of my most memorable hockey moments so far would have to be our undefeated season at Austin Prep and winning the CCL two years in a row,” said Taber, who uses her limited free time to catch up on homework and hang out with friends. “But scoring a goal for Cushing in the championship game also ranks up there. It’s great to have my teammates excited for me and to be part of something so special.”