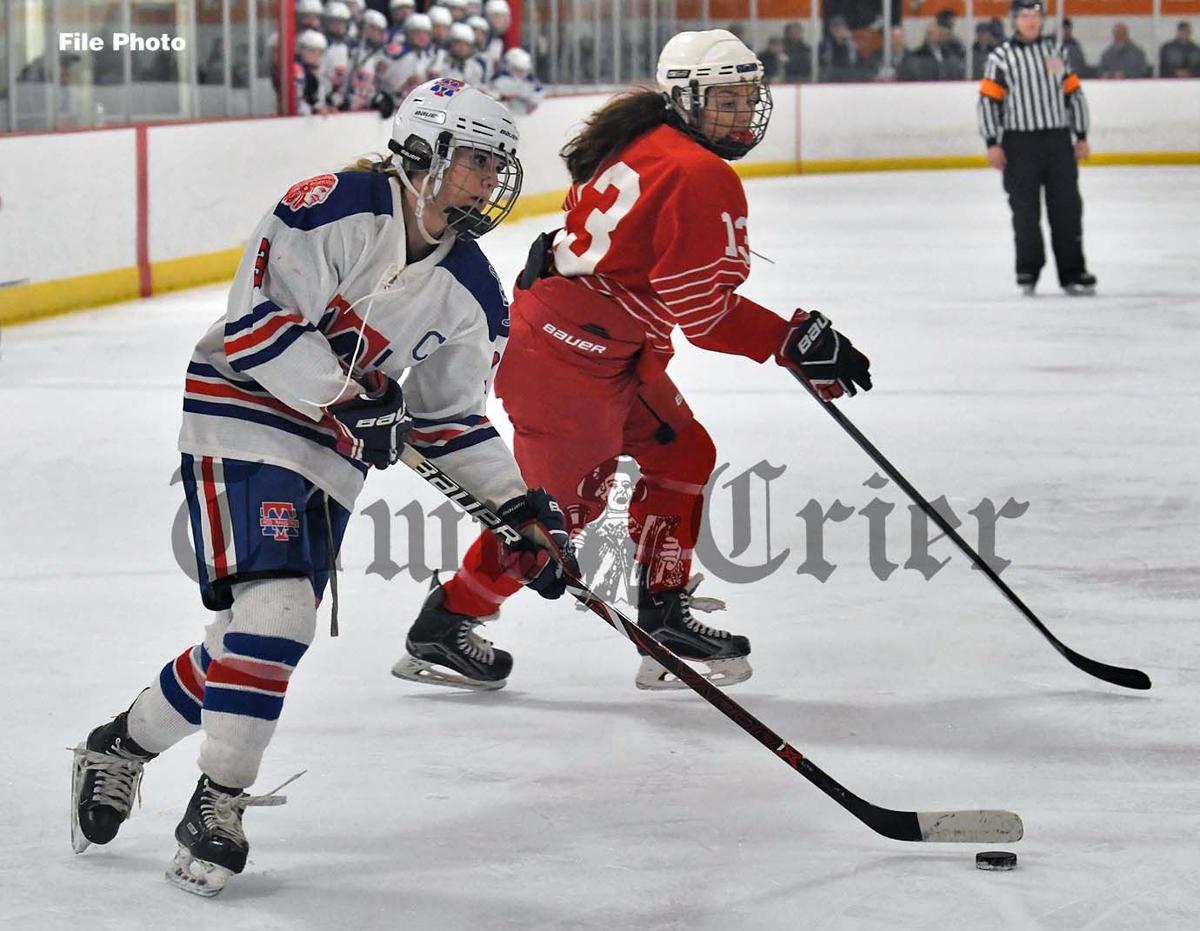 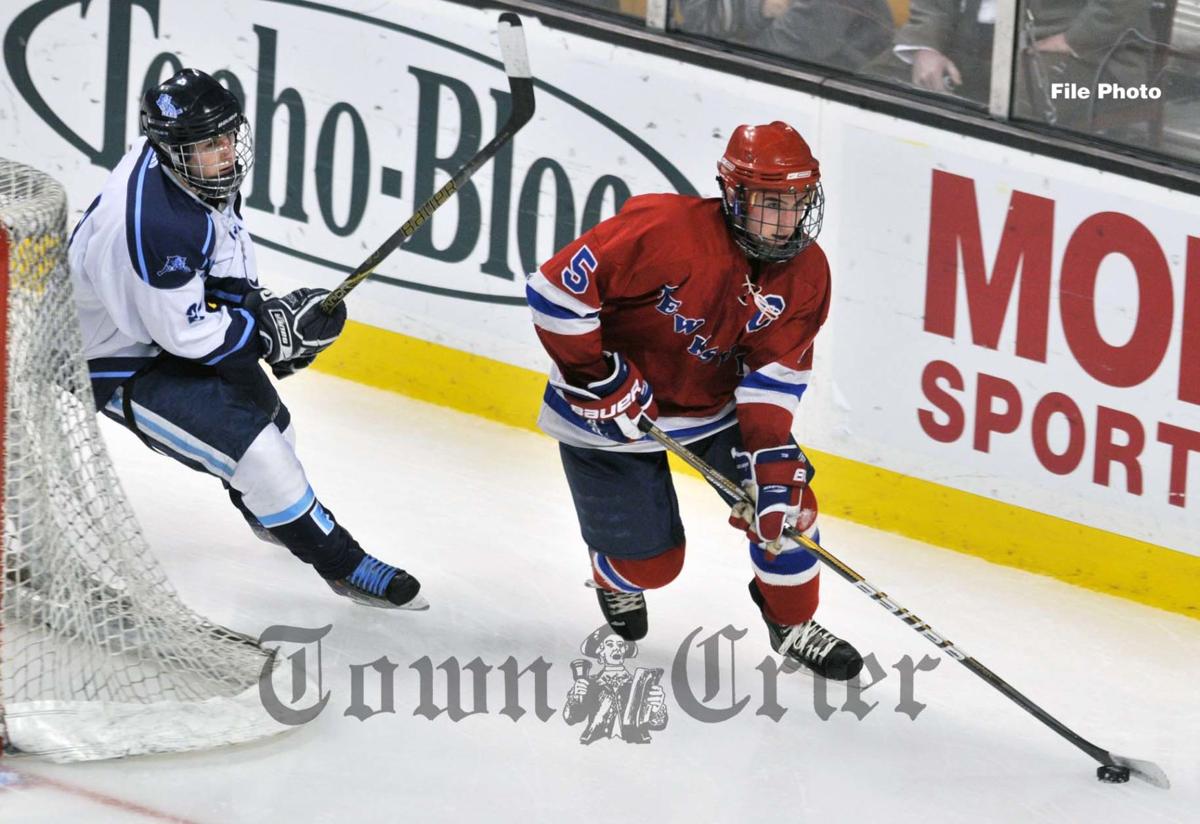 TEWKSBURY – The Tewksbury/Methuen co-op girls' hockey team has only been around for seven years of this decade and put together more milestones than other programs have in their 20-plus history.

In 2012-'13, the program started under the direction of Kim Bruff, a former Austin Prep stand-out. She led the team to an 11-8-3 overall record, including three wins in the Division 2 state tournament, before losing in the semi-finals. She resigned to start a family and her good friend, Ariana Rigano, another former AP and then Providence College star, took over. She held the position for two years, combing for a record of 34-6-1, which included a 1-2 mark in the post-season. She left after the 2015 season to take the same position at Lexington High School.

Then Sarah Oteri took over and the program took off. She led the team to 17, 19, 22 and 22-win seasons, four league titles, four runs in the state tournament, including losing at the Garden to Woburn 1-0 in 2018 and then finishing off the decade with the epic, 2-1 double-overtime Division 1 state championship win over Austin Prep back at the Garden in 2019.

In terms of talent, this All-Decade Team features three – yes three – girls who were named to the Boston Herald and Globe Dream Teams, consisting of the best players in the entire state and over two years, the Red Rangers had three players.

That being said, I cheated a little bit on this All-Decade team, as I put one of the Dream Team selections, Cassidy Gruning as a forward/defenseman, since the girl who was the 'heart-and-soul' of the program, Carolyn Curley — who finished with 144 career points, including the game winner on the Garden ice — certainly deserves to be on the All-Decade team, despite not being one of the Dream Team selections.

Again these selections were made by me, and include just the Tewksbury girls, who finished their senior year playing for the Red Rangers.

G: Taylor Lirakis – She was featured in the TC a few weeks back for her heroics as a front-line nurse during the pandemic, but all she did in her two seasons was combined for 30 victories, lead a start-up program to two state tournament appearances, while also being named to the All-State team.

D: Madi Sjostedt – When you work for the TC for 27 years and you look back on some student-athletes you wish you could have done a feature story on, Madi was one of them. Most often, a thing called ‘time’ gets in the way of those plans.

Anyway, she was so underrated and just a solid, solid defenseman, who could skate, move the puck, especially on the power play, and above all just a dynamite kid.

D/F: Cassidy Gruning – She played the point on the power play at times, hence the move here to allow Curley to a forward spot. In two years after playing for the Shamrocks, Gruning finished with 73 points and was a Dream Team selection. She is now playing at Suffolk University.

F: Carolyn Curley – It's crazy to think that in six years of playing for the program, she was named a two-time All-Conference selection, a three-time Lowell Sun first team All-Star, had 62 goals, 82 assists and missed significant time with two shoulder injuries, and she's the fourth best forward in the program's history. She is now playing at the University of New England.

F: Julia Masotta – She played one season – one and finished with 81 points, 81!!! The fastest player the program has had, with terrific hands and the ability to shift past defenders like swiss cheese, the Dream Team selection helped lead the team to a state championship and is now enjoying a terrific career at Norwich University.

F: Kelly Golini – She took one season off to play for the Shamrocks and still overcame the program's all-time leading scorer Amanda Conway of Methuen, who just got drafted to play professionally, with exactly 250 points, including 156 goals. Golini was a three-time Sun Player of the Year, a multiple Dream Team selection, who is having a terrific follow up career playing at St. Anselm College.

There's a group of TMHS athletic programs that absolutely excelled throughout the entire decade with football, girls track, girls hockey as well as boys hockey. The Redmen averaged 14.6 wins per season – and that included 19 ties over the ten years and made ten straight state tournament appearances while competing in an incredibly difficult league.

Derek Doherty along with Bill Gosse and company, continue to develop hockey players, who in turn play together and win – and win constantly.

In terms of talent, yes this program has had a lot and that's proof with the names on the All-Decade team and reserves and those who were left off, due to numbers. Personally, call me crazy, but I would put this starting six team against any other public school team in the state, no matter the division.

G: Niko Cunha – Truthfully you could make an argument that he wasn't the best goalie of the decade, there's two people in the history of the program who stood between the pipes and led the team to a state championship title and Cunha was one of them. To me, that overtakes any other possible debates.

During that 2011 state title run, Cunha was absolutely magnificent the entire way, including at the Garden. When it comes to playoff hockey, you need a hot goalie and he was scorching hot.

D: Sean MacLeod – Over the years of covering this team, there's been a handful of defensemen who I really enjoyed watching. MacLeod was certainly one of them. He was so physically and mentally tough. He was so strong on his stick, lugging the puck and controlling his own end. He played four years, helped the team to four straight league titles, was such an important part of the state championship run and in his senior year he finished with a plus-42 ratio.

D/F: Campbell Pierce – I bent the rules a little bit here but there's no way you go through the decade without this kid as one of the top five skaters. As a sophomore, he was shifted back to defense and was lights out — totally dominating. He came back as a junior and as a forward, part of a dynamic first line which led the Redmen to the TD Garden.

F: Ryan Doherty – Much like Curley on the girls' side, Doherty's resume is so impressive, yet he was the third best forward of the decade. He finished with over 100 career points, led the league in scoring his junior and senior years, was a Player of the Year and named to pretty much every other State All-Star team, and also was a part of four league titles and one state championship title.

Doherty could pass the puck probably better than anyone and had a cannon of a slap shot.

F: Ryan Petti – As a junior, he was fourth in the state in scoring and as a senior he was 11th. He surpassed Coach Doherty's all-time scoring record which was held for almost 30 years and finished with 146 career points, including 51 in his senior year.

He went on to a great career at Connecticut College and recently signed a professional contract to play in France.

F: Derek Petti – In my years of the TC, Derek is the best player, hands down. He was so physically big and had all of the tools and just simply dominated basically every shift he was on the ice. He finished with over 100 career points, went on to play in the toughest collegiate hockey league in the country, before playing four games for the Double-A Affiliate of the New Jersey Devils.

The thought of a forward line of Petti-Petti-Doherty is the high school version of Bergeron-Marchand-Pastrnak.

Next week, the All-Decade Wrestling and Gymnastics teams.