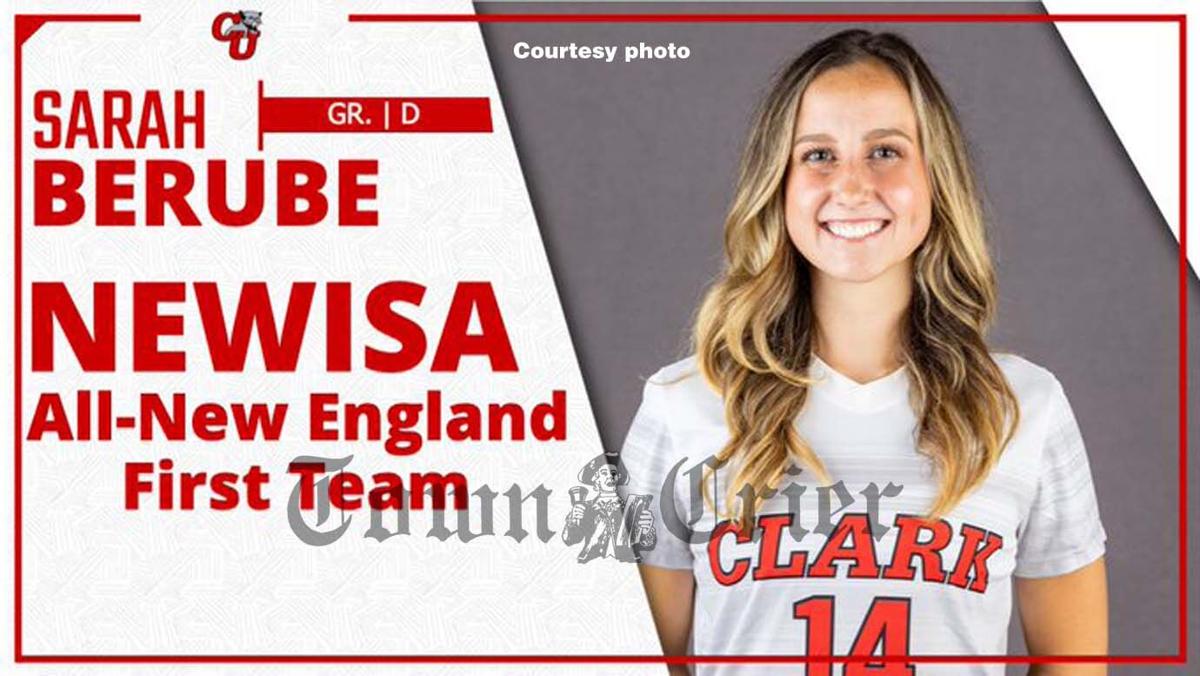 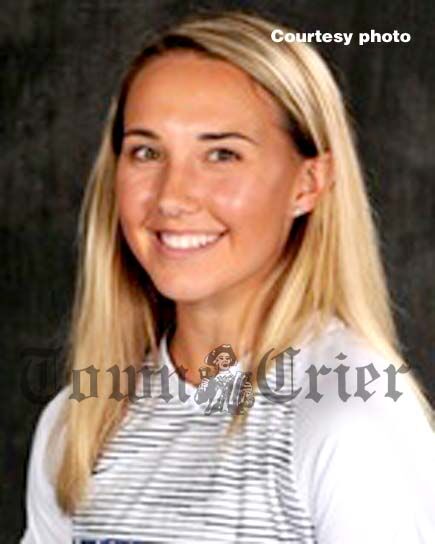 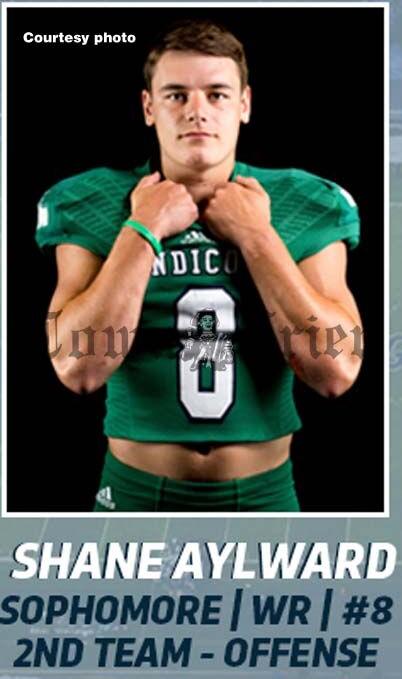 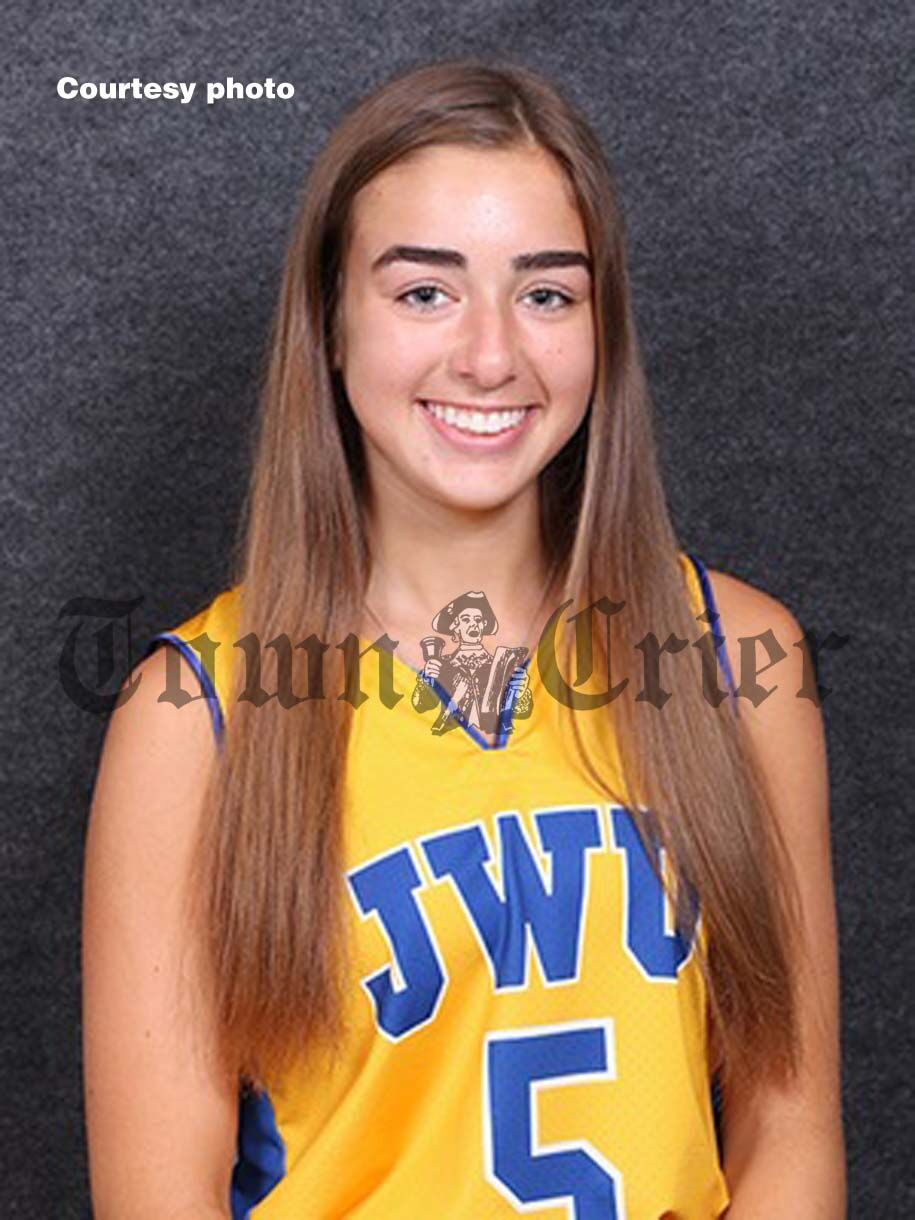 The accolades continue to come for a number of our local fall collegiate athletes. Over the last few weeks, the Town Crier has written about various awards that individuals have received, but the hardware keeps coming in for a small group of them.

The team, which was voted on by NCAA Division III coaches from colleges and universities in New England, is comprised of a First Team, Second Team and a Third Team. Several voting ties have extended the size of some teams to appropriately honor all players tabbed by the coaches. Overall, the NEWISA All-New England Team highlights 41 players.

"I'm so happy for Sarah," said head coach Brienne Smith. "She had an outstanding season and career here at Clark. I'm thrilled to see her recognized by the coaches in the New England. This individual honor is another testament to a great team effort this fall. We look forward to building on this success next year!"

Berube, a back from Wilmington, Mass., also was named to the All-NEWMAC First Team and earned a spot on the NEWISA Division III Senior Bowl Team. Berube started all 18 matches the team played this season, was the teams primary corner taker, and helped the defense post five shutouts.

The back was tied for the team lead with four assists this season and also added goals in games against Wellesley and Smith. The goal against Wellesley was a game-winning goal in overtime. Berube dished out a pair of assists in a 3-2 win over Springfield. She earned NEWMAC Offensive Athlete of the Week on October 18.

Over at Bentley College, Dana Goulet (Wilmington, Mass./Wilmington) and Kat Hassapis (North Reading, Mass./North Reading) have both received postseason recognition for their play during the 2021 season.

A team captain this season, Goulet started all 17 of Bentley’s matches and led the team in minutes played. Along with junior midfielder Brooke Jones, the two tied for the team lead in each of goals (5), assists (3) and points (13). Three of Goulet's goals this season were game-winners.

Goulet was previously named first team All-Northeast-10 back in November.

Both student-athletes helped Bentley to another strong season. The team went 8-6-3 overall, finished in third in the NE10 standings and just narrowly missed out on a second straight NCAA Tournament bid.

Four members of the Endicott football program have earned D3football.com All-Region I honors, including Tewksbury's Shane Aylward, who was named to the second team.

The Gulls' four selections also tied the program record for the most honorees in a single season (2010, 2019).

All-Region teams were selected in balloting by SIDs in each region and D3football.com staff.

For his efforts, Aylward was named the CCC Football Offensive Rookie of the Year earlier this season. He is just the third student-athlete in program history to earn award joining Ryan Mrozek (offensive lineman) and Endicott Hall of Fame running back Michael Lane '12 on the list.

Aylward also is the first wide receiver in the conference to haul in Offensive Rookie of the Year honors since 2016 (all running backs selected between then and now).

This is Aylward's first career All-Region award. He is only the third wide receiver in program history to be named to a D3football.com All-Region team, joining Nate Lewis '15 (Acushnet, Mass.) and Alec Matys '16 M'17 (Woburn, Mass.).

Johnson & Wales Field Hockey senior Jillian Miele, also of Wilmington, earned two postseason awards from the National Field Hockey Coaches’ Association. Miele was one of 16 student-athletes named to the Division III All-Region First Team. She was also selected to the National Division III Senior Team, which encompasses all regions and has 60 seniors on the team.

Miele led the Wildcats to their first ever Great Northeast Athletic Conference Championship in 2021. Her game winning penalty stroke in the semifinals gave JWU its first championship berth. On the season, Miele totaled 26 goals and 14 assists, good for 66 points. She broke the all-time points record and is the current holder with 146 in her career.

A total of 55 Massachusetts State Collegiate Athletic Conference (MASCAC) student-athletes have been recognized for their outstanding sportsmanship as members of the 2021 Fall Sportsmanship Team.

The MASCAC Sportsmanship Team is intended to recognize one student-athlete from each team, in every sport that best demonstrates the values of the MASCAC and its Sportsmanship Statement, regardless of their overall performance or statistics for the season.

In volleyball, Tewksbury resident Brooke Lamothe of Worcester State was one of the honorees.