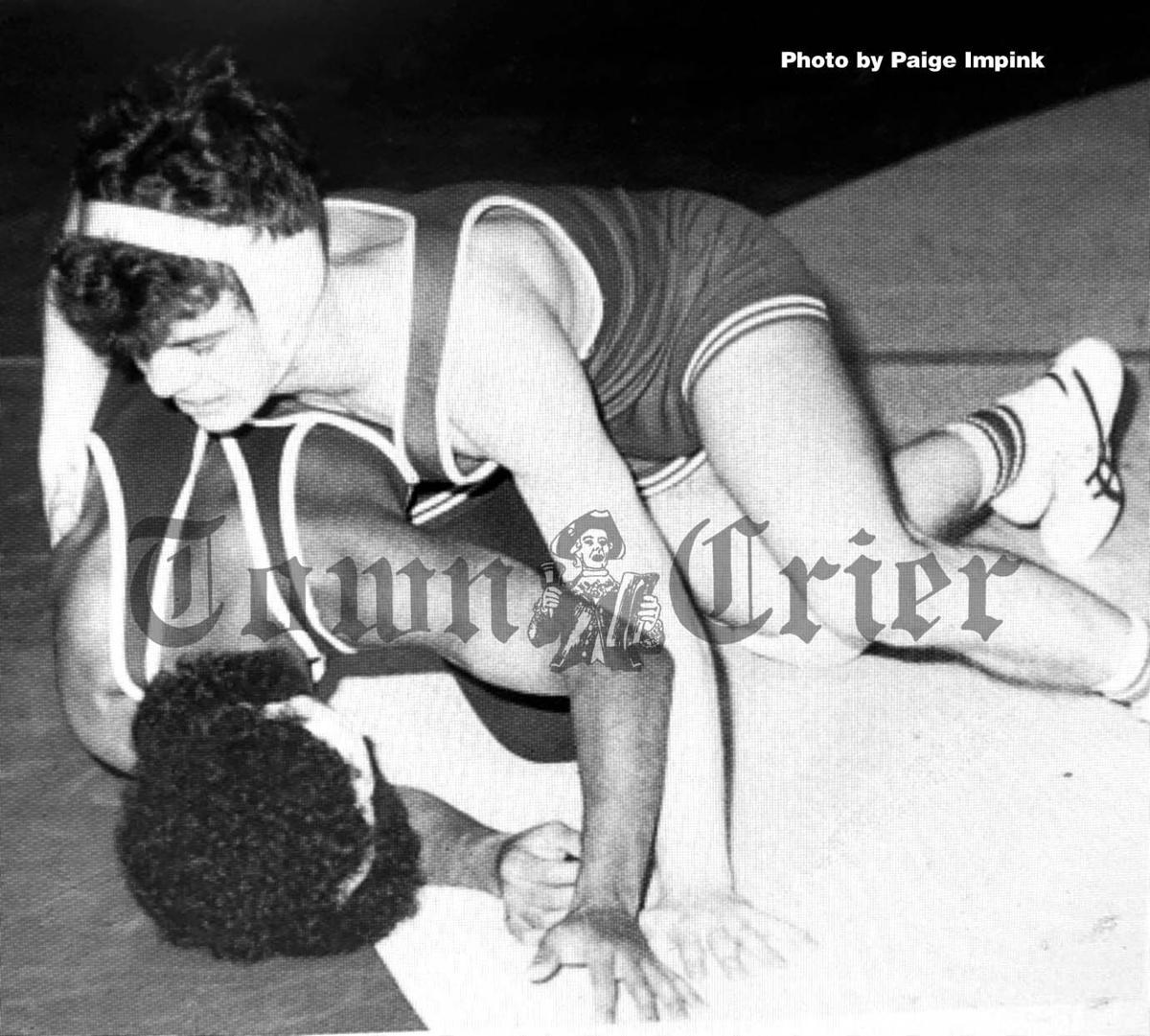 Mark Donovan’s wrestling career started at TMHS where he was a captain during the 1985 season. A year after graduating, he was the head coach at Shawsheen Tech. (courtesy photo). 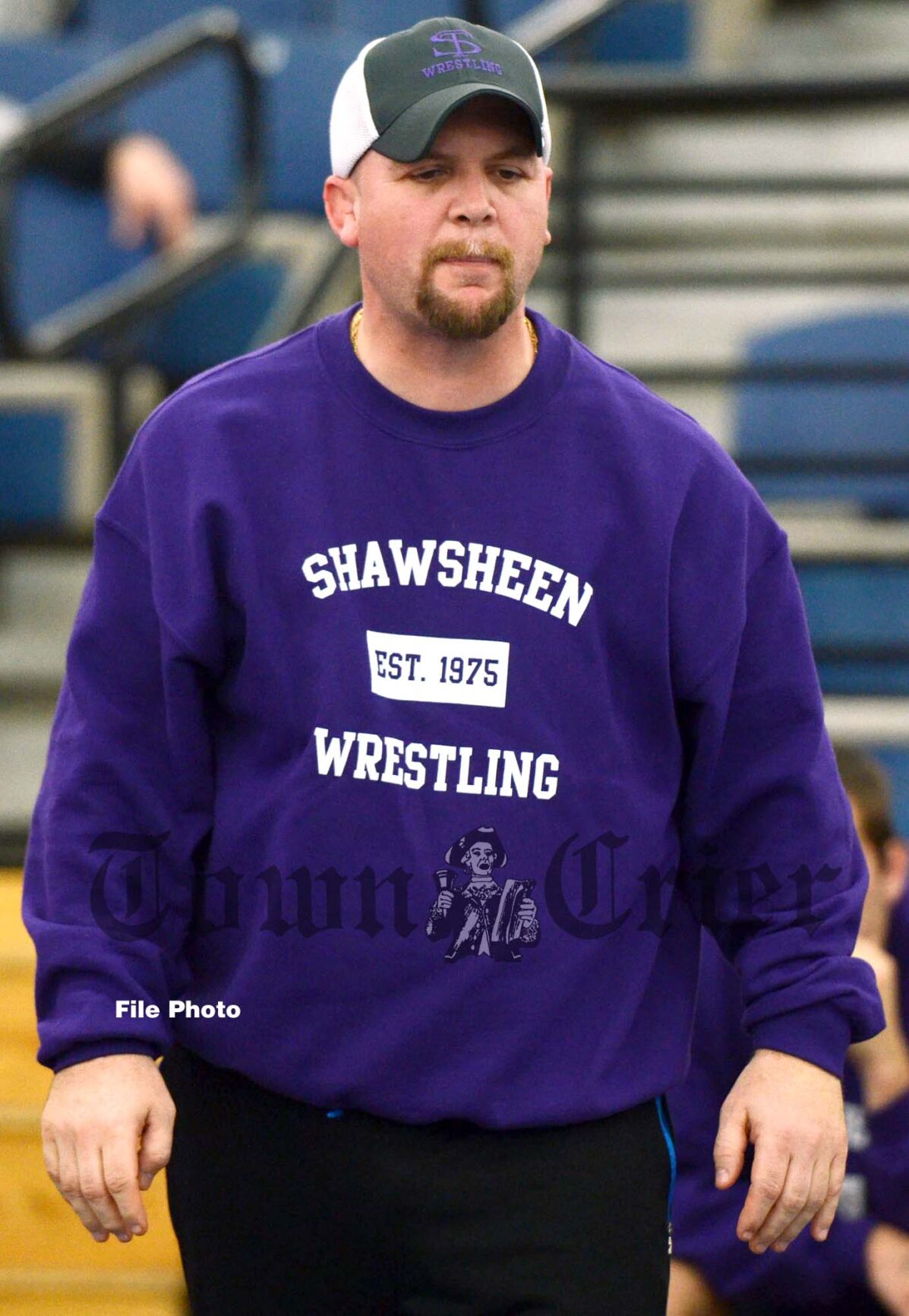 For 36 years you could see Mark Donovan representing the program that was so true to his heart. (file photo). 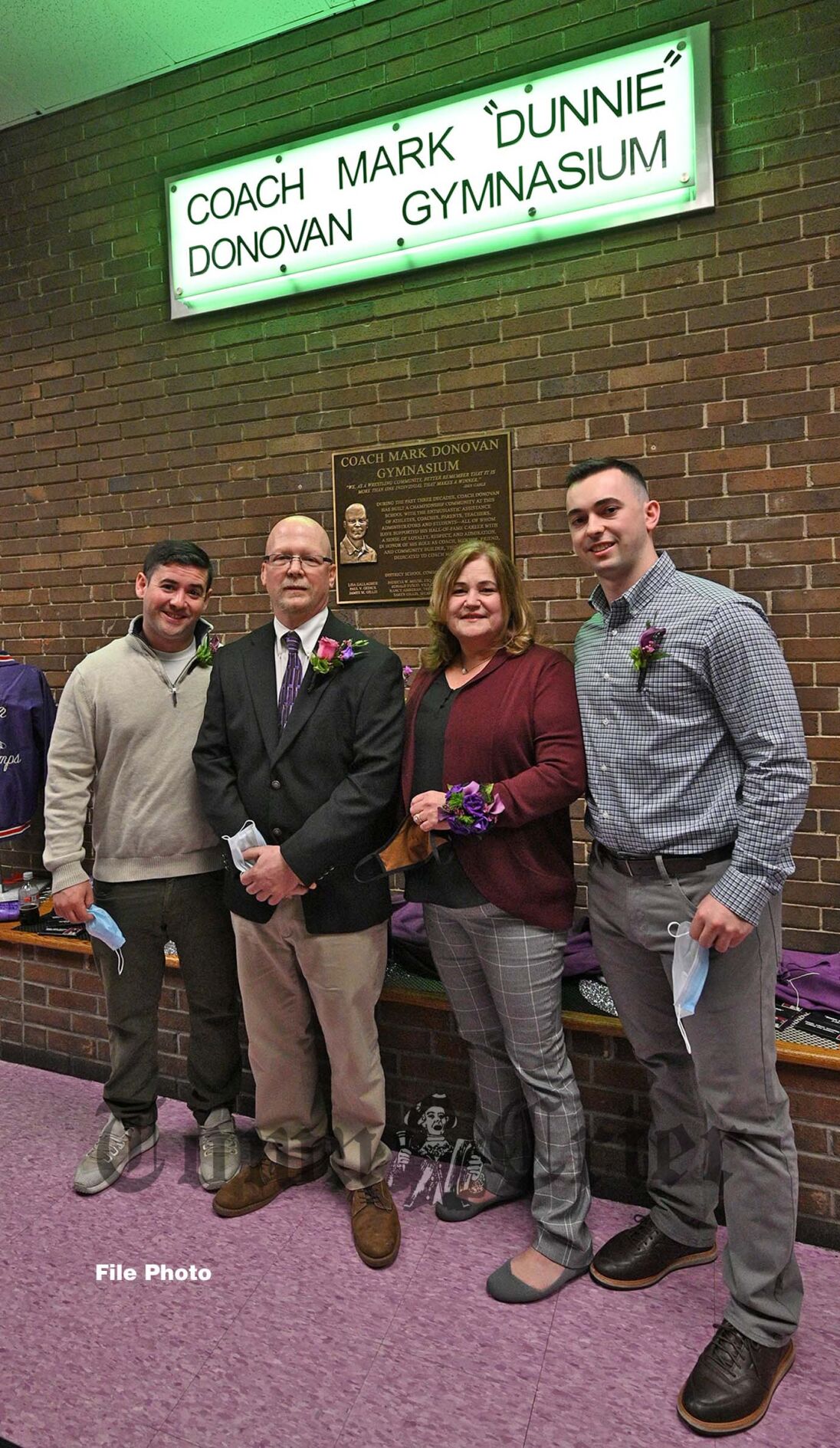 The Donovan Family, including Mark and his wife Patti and their two sons Shawn (far left) and Matt (far right) at the unveiling of the dedication to the Shawsheen Tech Gymnasium being named after Mark which was held back in late March. (file photo/JoeBrownphotos.com).

Mark Donovan’s wrestling career started at TMHS where he was a captain during the 1985 season. A year after graduating, he was the head coach at Shawsheen Tech. (courtesy photo).

For 36 years you could see Mark Donovan representing the program that was so true to his heart. (file photo).

The Donovan Family, including Mark and his wife Patti and their two sons Shawn (far left) and Matt (far right) at the unveiling of the dedication to the Shawsheen Tech Gymnasium being named after Mark which was held back in late March. (file photo/JoeBrownphotos.com).

TEWKSBURY/BILLERICA – Right up until the end of his life, Shawsheen Tech Wrestling coach Mark Donovan continued to inspire those around him. With the courageous way he fought against bile duct cancer for the past 17 months, people couldn’t help but be inspired by it, including this past wrestling season.

While many things were different about this past season, from it taking place in the spring as opposed to the winter to having a much smaller roster than most seasons, there were many changes. But one thing remained the same. Mark Donovan, on the Shawsheen Tech sideline, directing and encouraging his wrestlers on their way to another CAC title, their 14th straight league crown and the 28th overall in his brilliant career at the Tech.

Cancer be dammed, Donovan was not going to be denied being with his team one more time, one more season, for one more league title. It probably should have come as no surprise that Donovan would fight through his pain and weakness to lead his Shawsheen wrestlers. After all, the Tech had been in his life for the past 36 years both as a wrestling coach as well as in more recent years, the Dean of Students.

Donovan was a lifelong resident of Tewksbury, graduating from Tewksbury High in 1985 before attending UMass Amherst. Even while attending UMass, Donovan began his coaching career at Shawsheen in 1986 at the age of 19. The accomplishments for the Shawsheen Wrestling program in the 36 years since, have been incredible, with nearly 600 career wins to go along with the 28 league titles and 19 state vocational titles. He also presided over 12 Division 1 state champion wrestlers, four All-State champions, four New England champions and three National High School All-Americans.

One of his more recent honors may have been one that meant the most to him, as the in March of this year, the gym at Shawsheen was renamed in his honor, forever to be known going forward as the Mark Donovan Gymnasium.

On that night, after a small gathering inside the school, followed by surprise of over 100 people waiting for him when he emerged from the school, this reporter had a chance to speak with Donovan about his feelings on the night as well as his career at Shawsheen.

And Donovan also responded to the outpouring of affection being shown to him that night, from a huge crowd of supporters to the exploding confetti that greeted him as he walked out the doors of the school. And he did so as only “Dunnie” could.

“It actually scared the (daylights) out of me,” Donovan said with a laugh when things had settled down a little bit, before turning more serious. “It brought tears to my eyes. I never thought I would reach that many people in my life. It’s amazing. The whole night was amazing, especially when I came outside and the confetti went off and everything like that. It was just incredible. Everyone that put everything together, from my heart, thank you very much.”

There are many people who wanted to thank Donovan as well, including so many of his former wrestlers, including Wilmington resident Omar Eldaly, who was a Division 1, All-State and All New England champion for Donovan in 2019.

“He is like a second father to me,” Eldaly said at the time. “Through thick and thin, I know I can always count on him. I can go to him for anything, whether it is wrestling or life in general. As long as you tell him the truth, he is always there for you. It is great working with him and seeing how he goes about things. Even if you didn’t like wrestling, you would respect him so much that you would listen to him.”

Nine years earlier, another Wilmington resident, Andrew Companeschi who was a sectional champion and an All-State finalist in the magical 21-1 season of 2010, offered a similar assessment of what Donovan had meant to him upon hearing about Donovan’s induction into the Mass Wrestling Hall of Fame

“Coach Donovan is a great coach and I am very happy for him. He absolutely deserves it,” Companeschi said. “I have liked all of my coaches, but coach Donovan is special. I feel like he is a friend as well as a coach. He cares about the team as much as we do and he puts all of his heart into just like we do.”

That caring attitude is a big part of the reason why Donovan had so much respect from his wrestlers as well as his colleagues. On the night when the gym was dedicated in his honor, former Shawsheen principal Robert Kanellas, who worked at Shawsheen for 35 years before retiring in 2017, spoke about Donovan’s motto of “Family, School and Wrestling.”

“This is what he coached,” Kanellas said in reference to the motto. “During practice, during the day, in the hallways, everywhere. This is the Mark we know. This is the Mark we honor here today. I saw first hand this man’s ability to shape and reshape young lives - which is why we gather here today. It has much less to do with the 500 wins and all of that Hall of Fame stuff. It’s more about Mark the mentor, Mark the aligner or priorities. Family, school, wrestling. A more deserving guy doesn’t walk this Earth as coach.”

Donovan leaves a tremendous legacy behind, and those who knew him best will never forget the man they knew and loved. Shawsheen Tech Superintendent of Schools Brad Jackson released a statement upon Donovan’s passing, expressing what Donovan meant to the school and to the community. It read, in part, as follows:

“It is with profound sadness that I share about the passing of Mark Donovan ‘Dunnie’, beloved Head Coach of Shawsheen’s Varsity Wrestling team and long-time member of the Shawsheen’s Dean of Students’ Office. Mark passed away on Sunday, October 10, 2021, at home with his loving family at his side, following a heroic and hard-fought battle with cancer.

Throughout his 30-plus years at Shawsheen, Mark touched the lives of thousands of students, serving as a role model for many who needed a strong male presence in their lives. Mark was a fierce supporter for those who he identified as needing someone in their corner. As a colleague, Mark was adored as someone who was always eager to help a friend in need or who, despite his tough exterior, always offered kind words of encouragement.

Mark Donovan was the soul of Shawsheen – he was loved and respected by all who knew him. His loss has, and will continue to be, felt deeply and personally by the adults and students at Shawsheen.

I’m so incredibly grateful that our students and staff had the opportunity to reap the enormous benefits of having Dunnie in their lives. People like Mark don’t come along very often, and all of Shawsheen Tech, its students and its staff, were blessed to be able to know him, admire him, learn from him, and love him. The RamFam lost a giant, but gained an angel who will continue to teach us, encourage us, and guide us along life’s path.

The Shawsheen Community sends its sincere condolences to the Donovan Family, and to all those mourning his loss.

Rest in peace, Coach; know that your memory and legacy will endure in your family, the friends you’ve loved, and the students you’ve mentored.”