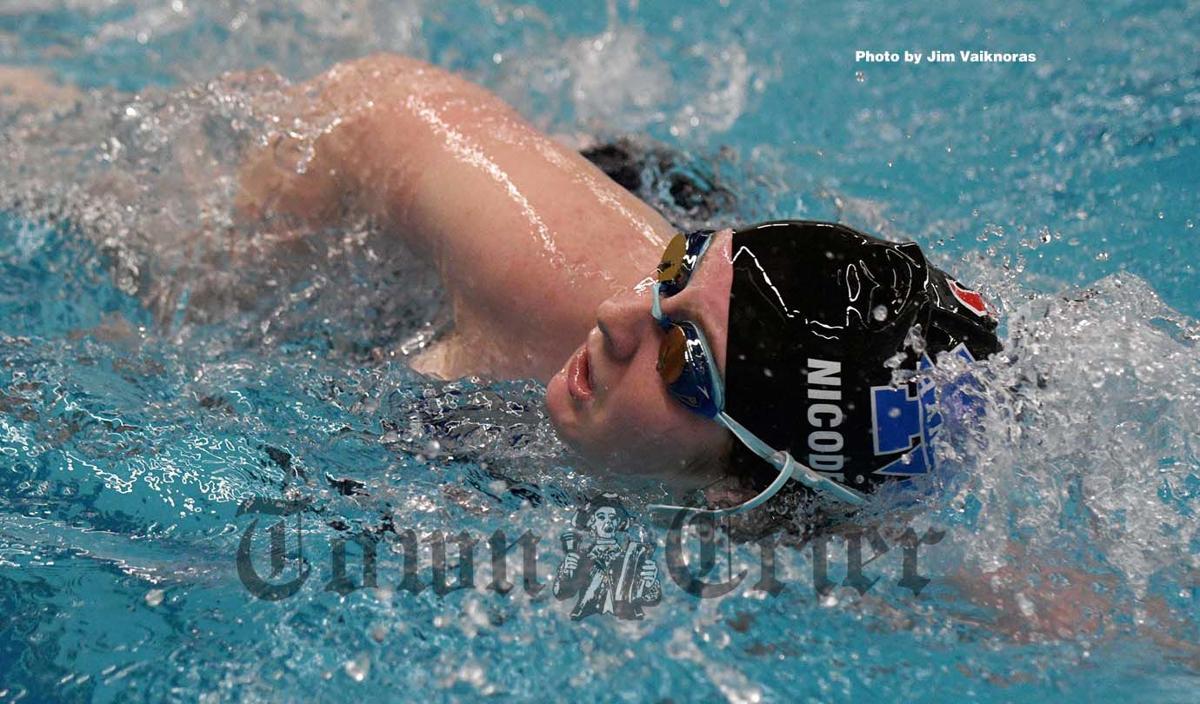 Ada Nicodenes, of Tewksbury, in action for the Red Rangers swim team during an earlier season home meet.     (photo by Jim Vaiknoras). 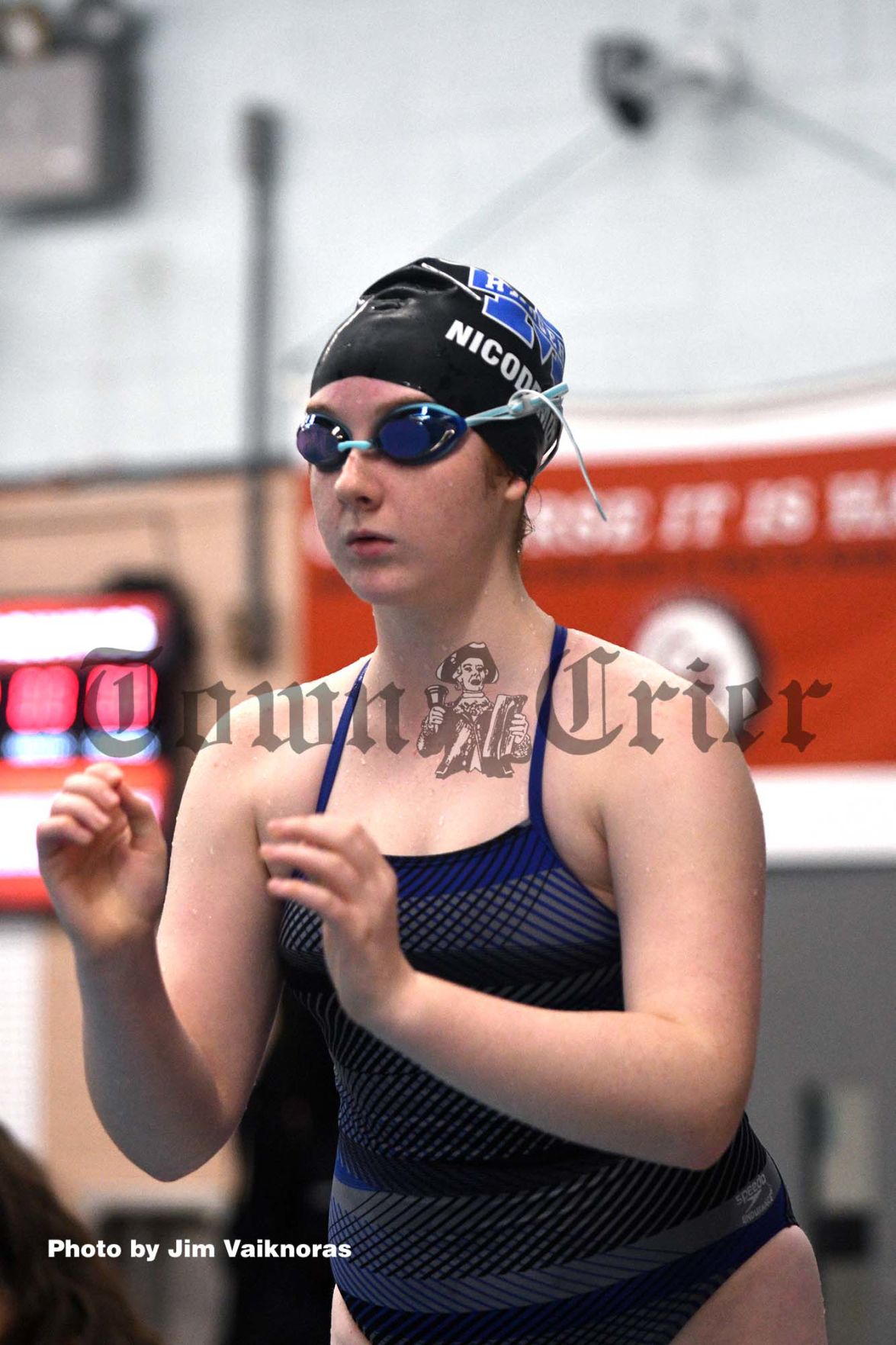 Tewksbury resident Ada Nicodemus watches her teammates as they compete during a recent home swim meet for the Red Rangers.     (photo by Jim Vaiknoras).

Ada Nicodenes, of Tewksbury, in action for the Red Rangers swim team during an earlier season home meet.     (photo by Jim Vaiknoras).

Tewksbury resident Ada Nicodemus watches her teammates as they compete during a recent home swim meet for the Red Rangers.     (photo by Jim Vaiknoras).

ANDOVER — After consecutive losses to two of the top teams around and opening the season with three losses in the first four meets against three of the top teams in the state, the Tewksbury/Methuen Co-Op/Co-Ed Swim & Dive team got back into the win column with a 91-72 victory over Notre Dame Academy of Tyngsboro held last Friday at the Greater Lawrence Tech Pool.

The win now puts the Red Rangers at 2-3 on the season. The team faced Haverhill on Wednesday with results not known as of press time and then have a non-league meet with Stoneham on Monday.

In the win, the Red Rangers won every single event which ultimately was the difference in the meet.

Rounding out the scoring came in three relays. In the 400-meter relay, the Red Rangers took first, second and third. The team of DeNaro, Encarncion, Montgomery and Facella were first at 4:22.49. The team of Lefebvre, Jenny Nguyen, LeBlanc and Galuska were second at 4:24.53 and finally Coplin, Forsyth, Gaigals and Connolly were third at 4:44.19.

In the 200-freestyle, once again it was a sweep of the first three spots. Taking first was DeLano, Montgomery, Lefebvre and Facella at 1:59.57. Second place comprised of Joseph Lehman, Rachael Knipe, Corey Boisselle and Samuel Camacho, who came in with a combined time of 2:05.19.

Then the third place team was Nims, Brady Lyons, Philip Nguyen and Connolly, who finished at 2:09.50.

Finally, in the 200-medley relay, the Red Rangers took first, second and fourth. The first group finished at 2:11.14 behind the efforts of Galuska, DeLano, Legvold and DeNaro. The second group finished at 2:19.40 with Forsyth, Coplin, Encarncion and LeBlanc, and then the fourth place team consisted of Gaigals, Philip Nguyen, Jenny Nguyen and Camacho and they had a time of 2:24.10.