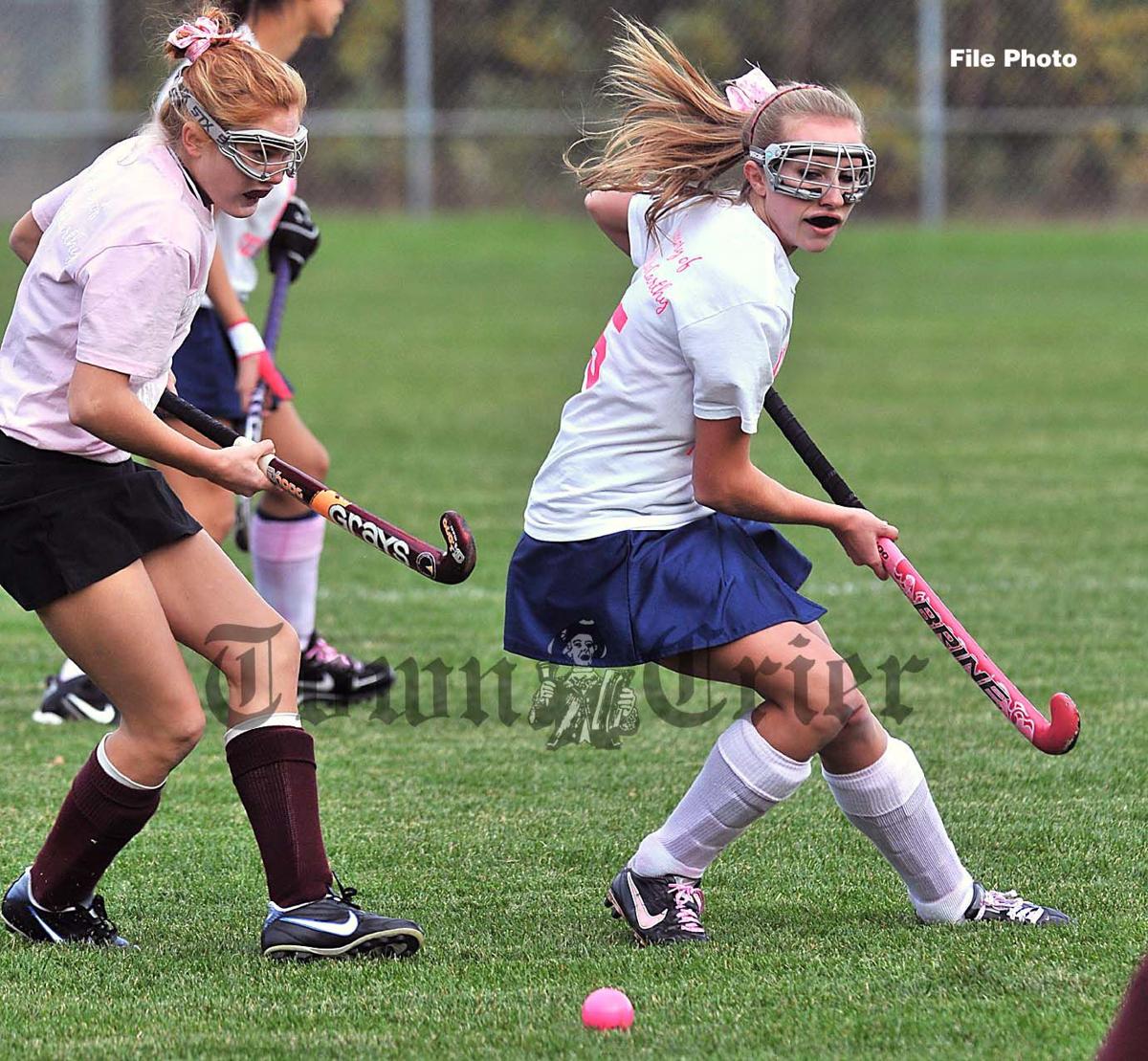 Leanne Tucker, who was an All-American Track star, while making it now to three All-Decade Teams, was also an outstanding Field Hockey player, being named a two-time All-Conference selection. (file photo). 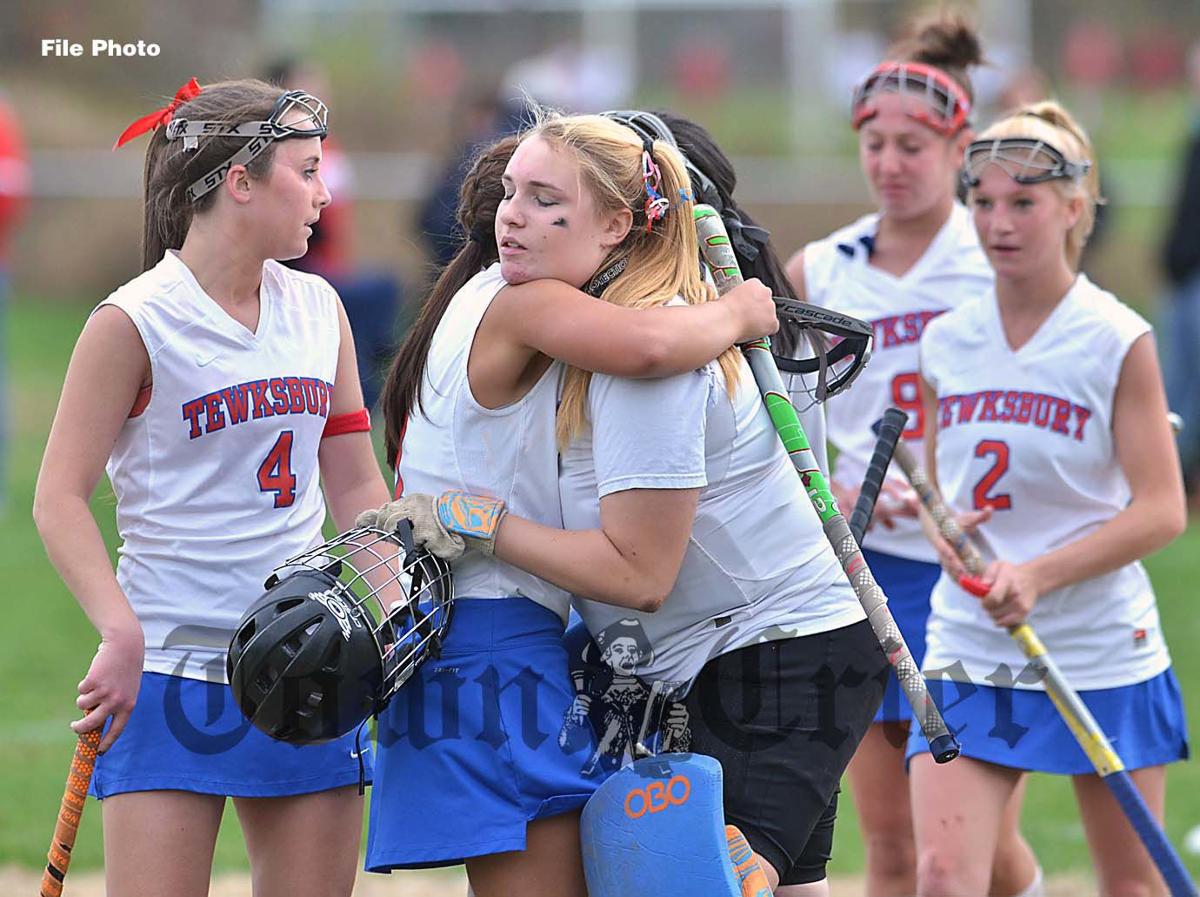 The Town Crier’s pick for the best goalie of the decade for the TMHS Field Hockey program is Riley Ryan. Here she gets consoled by her teammates after the team’s state tournament loss to Bishop Fenwick in the 2012 season. (file photo/Joe Brown).

Leanne Tucker, who was an All-American Track star, while making it now to three All-Decade Teams, was also an outstanding Field Hockey player, being named a two-time All-Conference selection. (file photo).

The Town Crier’s pick for the best goalie of the decade for the TMHS Field Hockey program is Riley Ryan. Here she gets consoled by her teammates after the team’s state tournament loss to Bishop Fenwick in the 2012 season. (file photo/Joe Brown).

Pat Ryser was the head coach until the end of the 2017 season. In her eight years this decade, she guided the team to an 80-56-17 record, which included one MVC Large School Division League title coming in 2013 and seven trips to the state tournament, including a 4-7 record.

Then in Ryser's final game as a coach, Tewksbury was defeated by Marblehead, 1-0 in the first round of the tournament. When she retired, she finished with an overall record of 242-127-76.

Former player and assistant coach Jordan Russell took over as head coach and guided the team to records of 9-10-0 and 7-12-0, reaching the state tournament twice, losing both times in the first round.

Below is the All-Decade team, and again all picks were made by me.

Forward: Natalie Bourne – She was 'Bourne' to score. In 2011, she scored 15 goals and was named a league all-star and the following year she had 18 goals and 15 assists. She went on to play at Salem State University.

Forward: Megan Donahue – She had a strong career as an offensive force which was highlighted by the 2015 season that saw her score 16 goals and add 10 assists.

Forward: Ally Greene – Greene makes her third appearance on the Town Crier All-Decade teams, first with indoor track, then softball and now with the stick. Just her 2010 season counts here, but it was a big one as she finished the season with 16 goals and 4 assists, was named to the MVC All-Conference team while helping the Redmen finish 13-3-3.

Midfielder: Allie Couillard – After several years on the team, she really put everything together for a terrific senior year. Known her devastating hits, she was named to the MVC All-Conference squad, while helping the team reach the state tournament, a year after not qualifying for the first time in two decades.

Midfielder: Jess Liggiero – The younger sister of the next All-Decade selection, Jess could do a little bit of everything on the field. She could score, she could run, she could pass and she could defend. She just had a real solid career.

Midfielder: Sheri Liggiero – Several weeks ago she was on the front page as part of the all-decade softball team and now she makes an appearance with the field hockey stick. In 2010 and '11, she was part of two teams that combined for a record of 25-8-5, losing two heartbreaking games in the state tournament.

A center-midfielder, who controlled a lot of the play, she also had 10 goals and 12 assists during her senior season.

Midfielder: Leanne Tucker – A former two-time TC Female Athlete of the Year who went on to Villanova to compete in track, Tucker is now making her third trip to the All-Decade team after indoor and outdoor track.

In 2010, as a senior, she the center-midfielder was named a MVC All-Conference player, who had speed, great stick work and always found teammates Liggiero and Greene.

Defense: Amanda Brown – A former Town Crier Female Athlete of the Year, she was an All-Conference defensive midfielder during the 2014 season helping the team win two tournament games before losing to Watertown in the sectional semi-finals.

A savvy veteran, who was just a gamer in every sport she played.

In addition, she was a two-time All-Conference Field Hockey player, who as a senior was named the Merrimack Valley Conference Division 2 Player of the Year after guiding the Redmen to a league title.

Riley Ryan – A three-year varsity player, who drastically improved every season, Ryan was absolutely tremendous in several state tournament losses, including a dramatic 2-1 game with Wayland. She finished the 2012 season with a 94 percent save percentage, an 066 GAA, and gave up just 12 goals all season.

She was named a MVC All-Conference player, to the Eastern Mass Best of 60 roster, and as a Lowell Sun First Team All-Star.