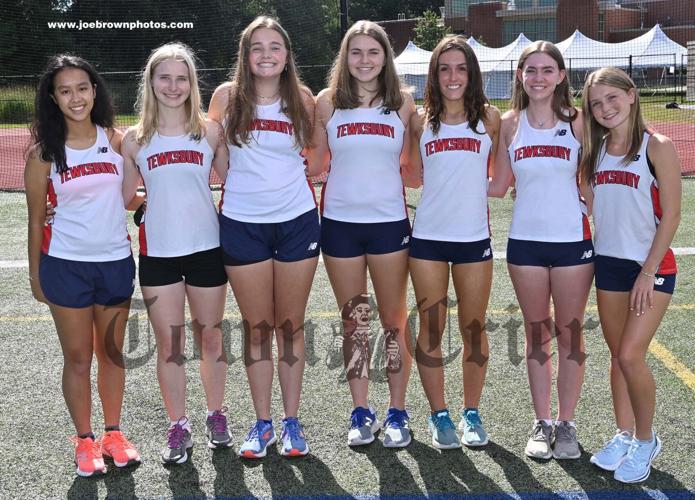 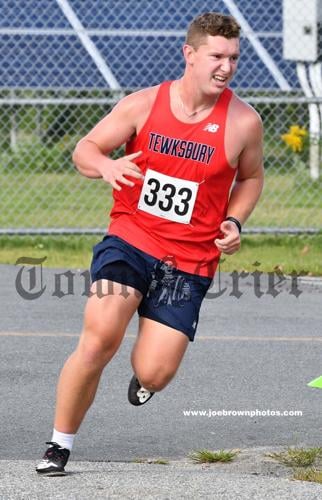 Tewksbury High’s Kyle Adams in the middle of his 5K race for the Boys Cross-Country team. (photo by JoeBrownphotos.com).

Tewksbury High’s Kyle Adams in the middle of his 5K race for the Boys Cross-Country team. (photo by JoeBrownphotos.com).

For the Redmen boys, it was an impossible task, facing the Red Raiders, who entered the meet with 115 straight dual meet victories as well as 11 straight Merrimack Valley Conference Division 1 League Championship titles.

Tewksbury closed out the regular season with a 3-7 overall record, but an 0-5 mark against fellow MVC Division 1 teams, Lowell, Andover, Methuen, Chelmsford and Central Catholic, while finishing 3-2 against Billerica, Lawrence, Haverhill, Dracut and North Andover.

Lowell had the first five runners and six of the top eight. The one who got between them was junior Nick Alvarado, who finished the 2.75 mile journey with a time of 15:42.

“Leading the way, like he has all season, was Nick Alvarado. I was very impressed with Nick's race strategy. To start, there was a large lead pack of about 12 guys at the mile mark,” said head coach Peter Fortunato. “Some of those guys went out too fast and faded in the middle of the race, where Nick was not only able to hold on, but he was able to surge late in the race. He did a great job of getting through the tough uphill first mile, and then finished hard in the last 1.5 miles. He ran about 17 seconds faster today, on a harder course, than he did last week. This was one of the best races Nick has ever had and it is coming at the right time as we are now entering the championship season with MVC's and States coming up.”

Coming in after Alvarardo, included Tristan Leslie, who was 20th at 17:13 and Alek Cranston, who was 22nd at 17:29. Eighth grader Steven Oppedisano continues to significantly improve as he finished 24th overall at 17:45.

“Steven had a fantastic day and he has been a huge addition to our team. It is rare to have a newcomer make varsity, especially when he is only in the eighth grade. Steven has been our sixth or seventh guy most races this season but today he came up big when we needed him and was our fourth guy. Steven ran 45 seconds faster today on a harder course, than he did just last week. He looks like a veteran already and has an incredibly bright future in running. I am excited to see how he does at the MVC Championship Freshmen 3K.”

The girls were also swept, losing to Lowell 21-39 and Chelmsford, 26-33. The two losses gave the Redmen a 2-8 regular season record, including an 0-5 mark against MVC D1 foes.

“Unfortunately, we have been struck by the injury bug over the last couple weeks and that limited us today as we dropped both meets,” said head coach Fran Cusick. “We were without several of our varsity runners and the a couple of the ones who ran in Olivia Millspaugh, Riley Stevenson, and Cassidy Paige were all battling injuries.”

“On the positive side, Maisan Nguyen had the best race of her season, finishing as our fifth runner and 20th overall in the race. Maisan has been a steady presence on our team all season and really for her four years. She shows up every day, works hard, doesn’t ever complain and is just an overall awesome kid to coach,” said Cusick. “Molly Cremin finished second overall in the race and continued her fine season and Maci Chapman finished seventh overall in her second race back from injury.”

This Saturday, both the boys and the girls will compete in the MVC Championship Meet, which will be held at the Redmen home course on Livingston Street starting at 10 am. Team wise Lowell Boys and North Andover girls are the favorites.

“I am hopeful that we can get some of our injured runners back into the meet by that time and put forth a good effort in that race,” said Cusick.