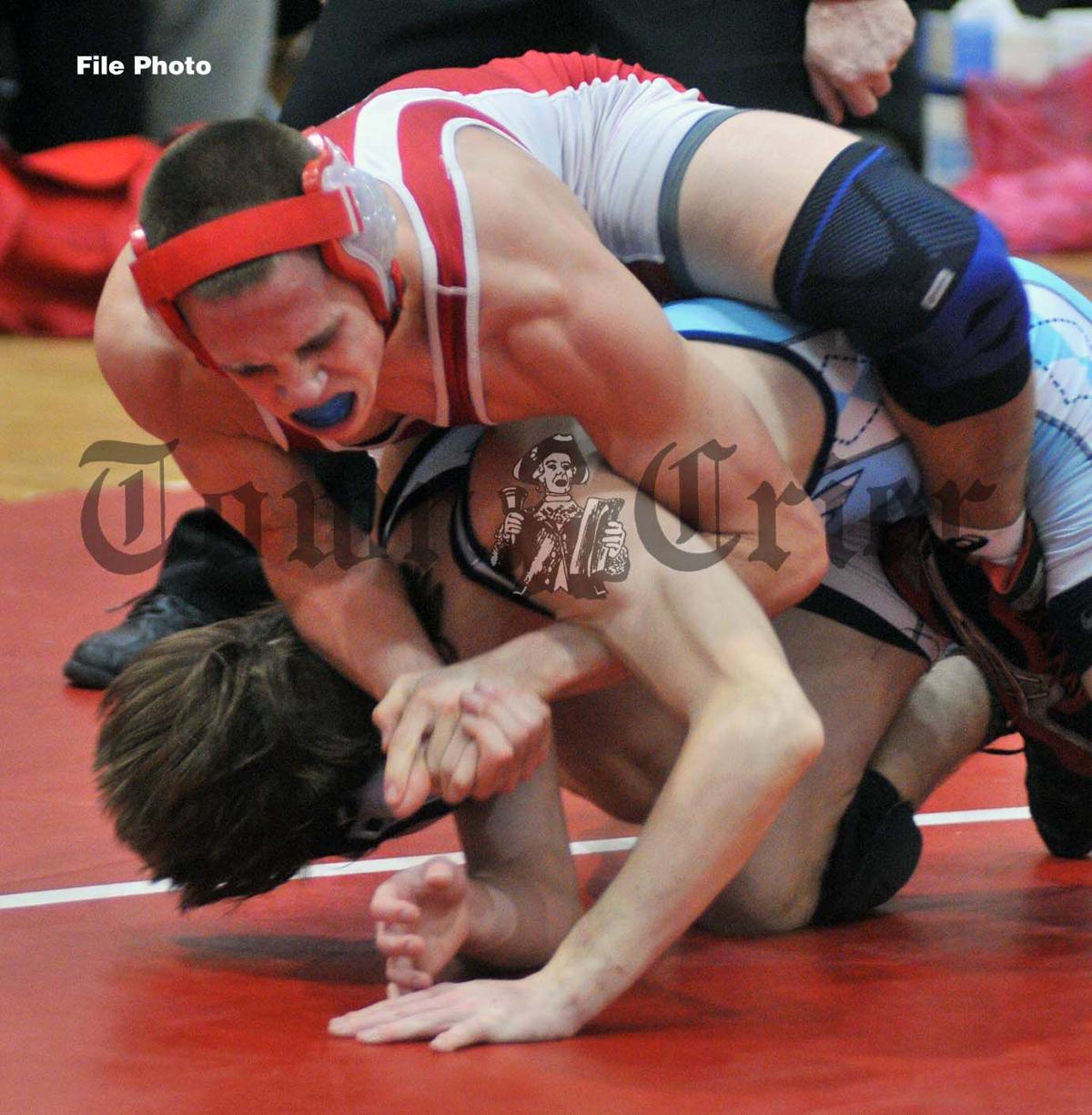 Chris London, shown here from the 2010 season, is one of the members on the Town Crier’s All-Decade Wrestling team. (file photo). 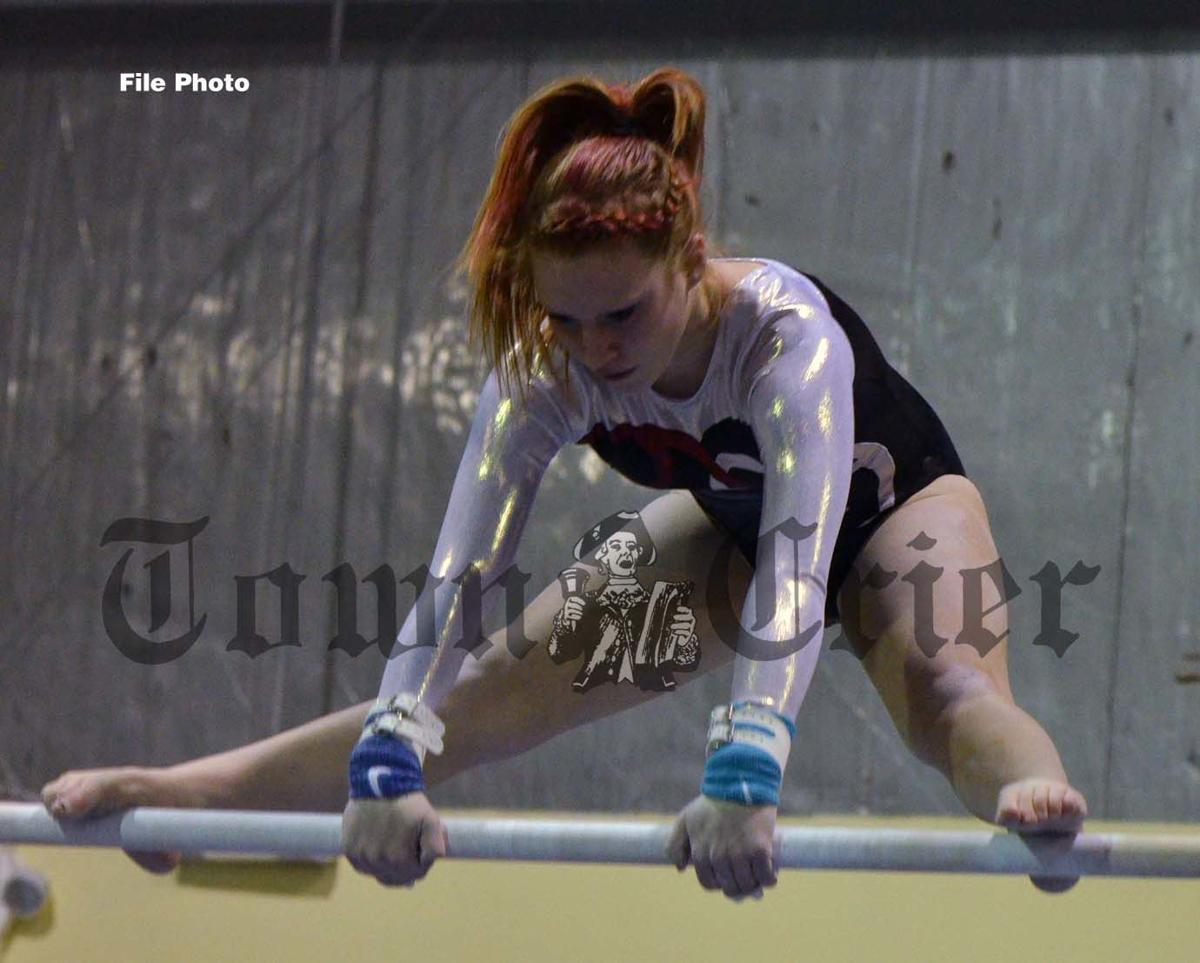 Isabelle Simone shown here on the bars from the 2013 season, is one of the members of the Town Crier’s All-Decade Gymnastics team. (file photo).

Kayla Hurley, shown here on the balance beam from the 2010 team has made the All-Decade Gymnastics Reserve Team. (file photo).

Chris London, shown here from the 2010 season, is one of the members on the Town Crier’s All-Decade Wrestling team. (file photo).

Isabelle Simone shown here on the bars from the 2013 season, is one of the members of the Town Crier’s All-Decade Gymnastics team. (file photo).

Kayla Hurley, shown here on the balance beam from the 2010 team has made the All-Decade Gymnastics Reserve Team. (file photo).

TEWKSBURY – As our series continues with the All-Decade teams with the TMHS Athletic teams, this week we will feature the wrestling and gymnastics programs.

From the 2009-'10 to 2018-'19 season, the wrestling team had two different coaches. Brian Aylward guided the team in the first three seasons of the decade and he finished with what’s believed to be a record of 34-25. He resigned after the 2012-'13 season after nine years and gave way to Steve O'Keefe, who compiled a record of 43-83-2, while helping the team finish fourth and sixth at the D2 Sectional Meets.

In addition to their success which also all featured sectional titles, four other grapplers were victorious at those meets as well including Mike Altavesta at 171 pounds in 2010, Dan Donovan (195) and Nick Jansen (220) in 2014 and then Dylan Chandler (285) as a junior in the 2018-'19 season.

Mike Altavesta: He captured the individual sectional championship title in the 171-pound class during the 2009-'10 season and advanced to the state meet but had to withdraw due to an injury.

Dylan Chandler: He finished seventh at the All-State Meet in both his sophomore and junior years, was also first and second in the sectionals and second and fifth at the D2 state meet.

Broc Dokos: After two solids seasons, which included taking first and second in the sectionals, and third and fourth at the states, Dokos finished up his senior year as the sectional and state champ, second at All-States and fifth at the New England Meet.

Blake Hiltz: In three years, he was a three-time sectional place finisher, taking first once and second twice. He was a state champion as a junior, and was also fourth and seventh the other two years, and to top it off, he placed twice at the All-State Meet, fifth and seventh.

Nick Jansen: Over his final three years, he was a three-time sectional place finisher, including taking the title his senior year. He was also a consistent place finisher in all of the regular season tournaments, including Lowell Holidays.

Chris London: London had a tremendous career, especially his senior year, which included winning both the sectional and state championship titles, as well as taking third at the All-State Meet, which ended his perfect dual meet record at the time.

In the beginning of the decade, the gymnastics program was on tough times. In three years, the team didn't have a home meet, had to practice in the cafeteria most of the time, and also competed in the MVC/DCL merger which lasted two years.

In those three years the team didn't win a dual meet (0-16), and after the 2011-'12 season, then head coach Eileen Murphy resigned after spending 18 years with the program. She started it basically from scratch and certainly enjoyed success.

After her resignation, Jess Wilkey was named the head coach and the program totally shifted gears. The team practiced and has held meets at her facility, 'Wilkey's Gymnastics', the numbers have grown, the wins have come and the individual accomplishments have been impressive to say the least.

It took a while for Wilkey to get going but in back-to-back years, the team finished 6-3 and 7-3, and that was followed by a combined five wins the last two seasons. She has a 20-35 record through seven years.

In terms of individual success, Samantha Beatrice finished second in the entire state on the beam, and Amanda Ogden, a seventh grader at the time, was the MVC Champion on the vault.

Samantha Beatrice: Besides taking second in the state on the beam, she was also sixth at the MVC Championship meets in the All-Around competition during her junior and senior seasons.

Amanda Ogden: As a seventh and eighth grader, all she did was take the vault title, finish fourth and sixth in the All-Around competition at the MVC Championship Meet and take home two MVC All-Conference honors.

Isabelle Schille: She made an immediate impact with the program as a freshman, competing in all four events and qualifying for the individual state meet.

Dani Souza: Although she was a part of the program for her final two years at the high school, she was instrumental in two terrific seasons, combining for 13 wins. She served as a co-captain and scored a 32.0 in the all-around competition at the MVC Championships during her senior year.

Isabelle Simone and Nicole Hibner: In a sport that has constant roster changes with girls leaving for Club or Cheerleading, these two girls spent four years in the program, serving as co-captains and were both so instrumental in helping the program turn around with their commitment, consistency and attitudes.