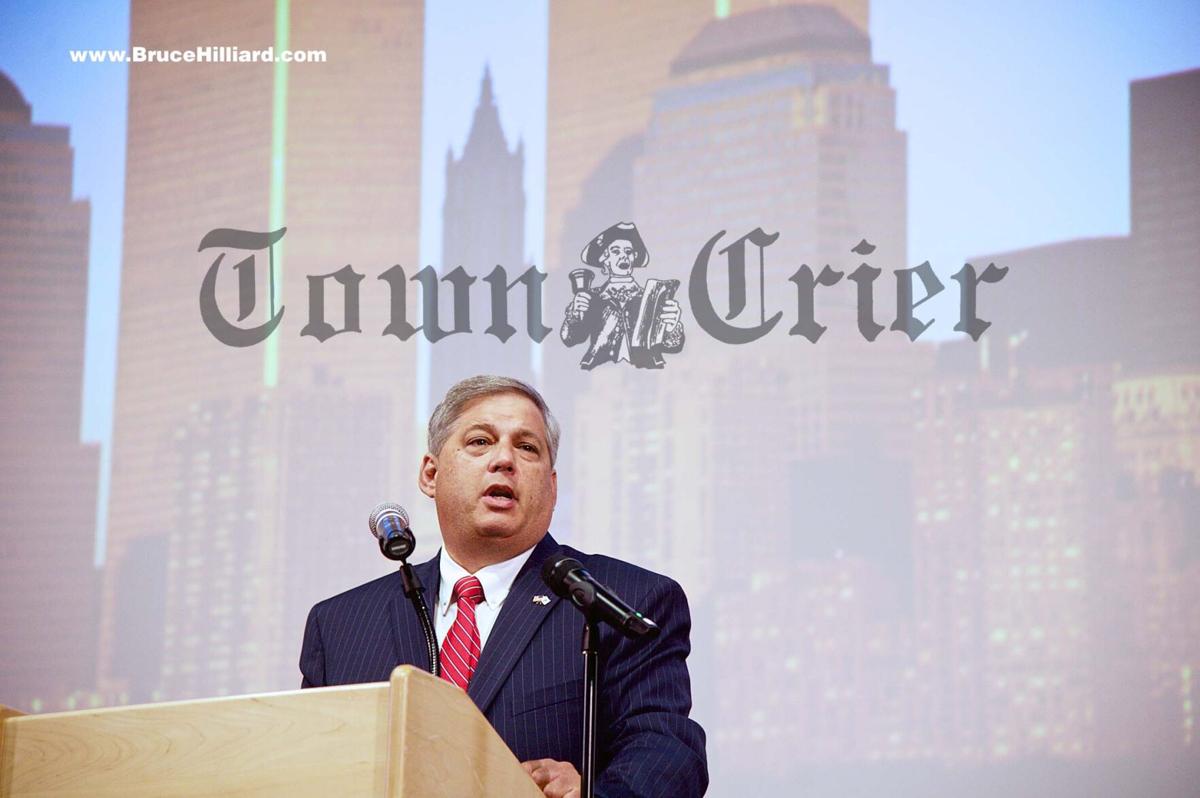 State Senator Bruce Tarr speaks during the ceremony to honor the victims of 9/11. (photo: BruceHilliard.com) 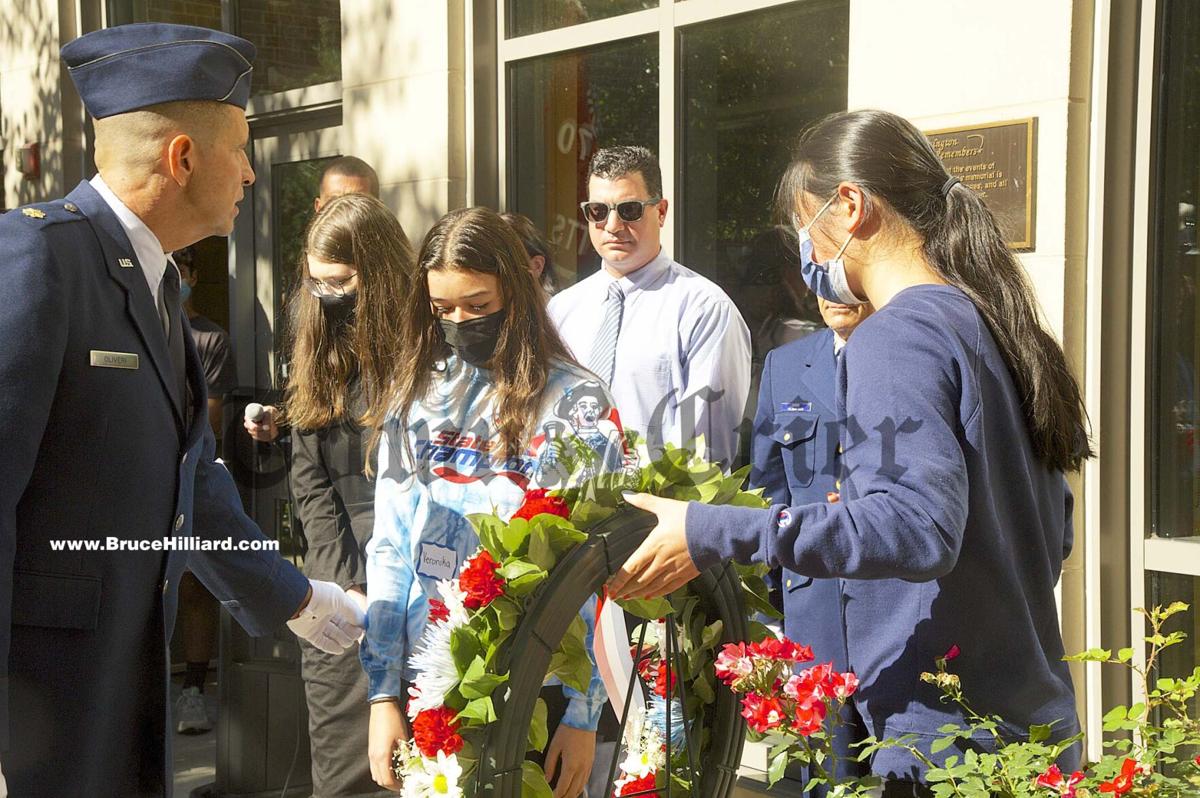 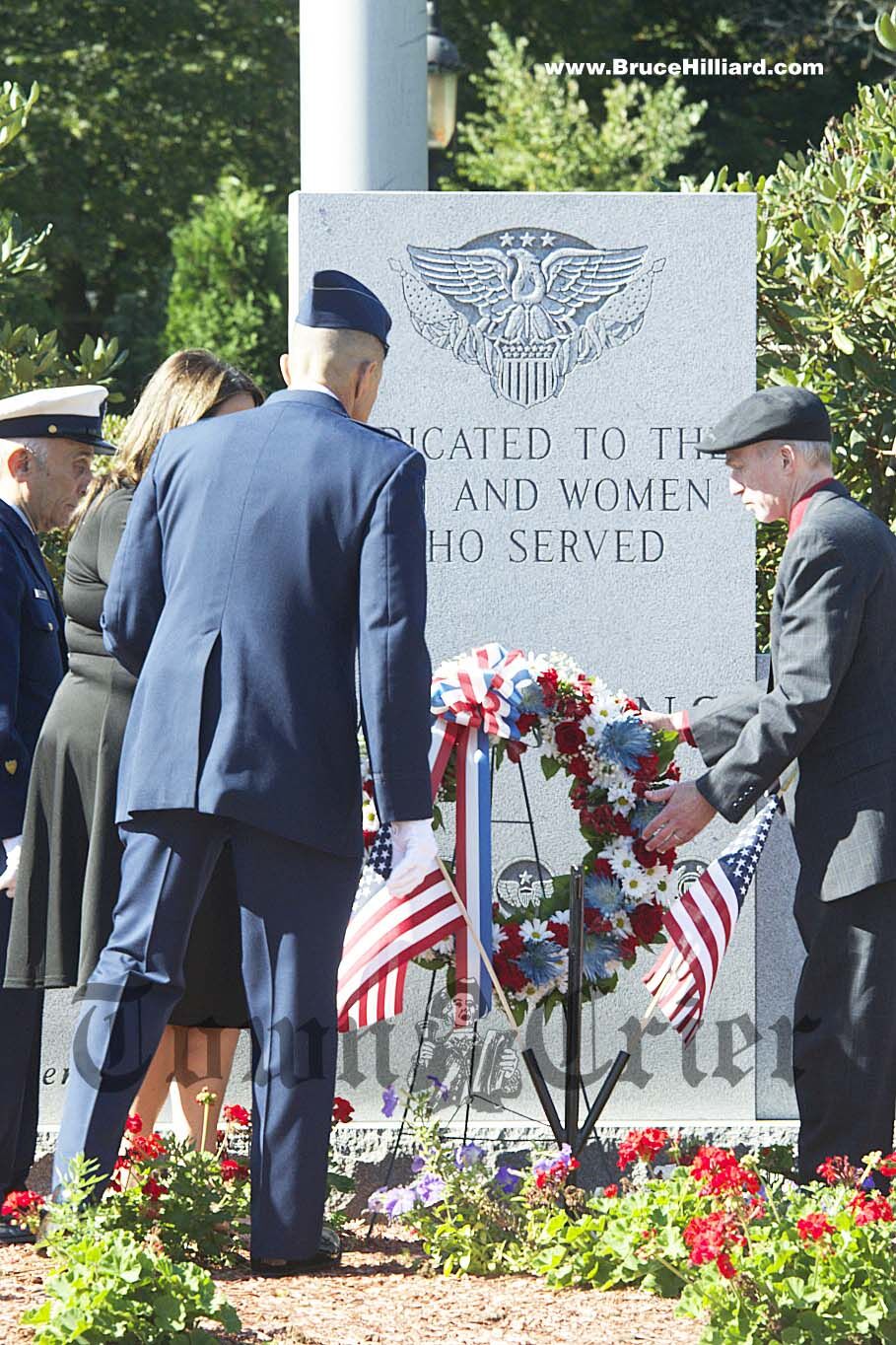 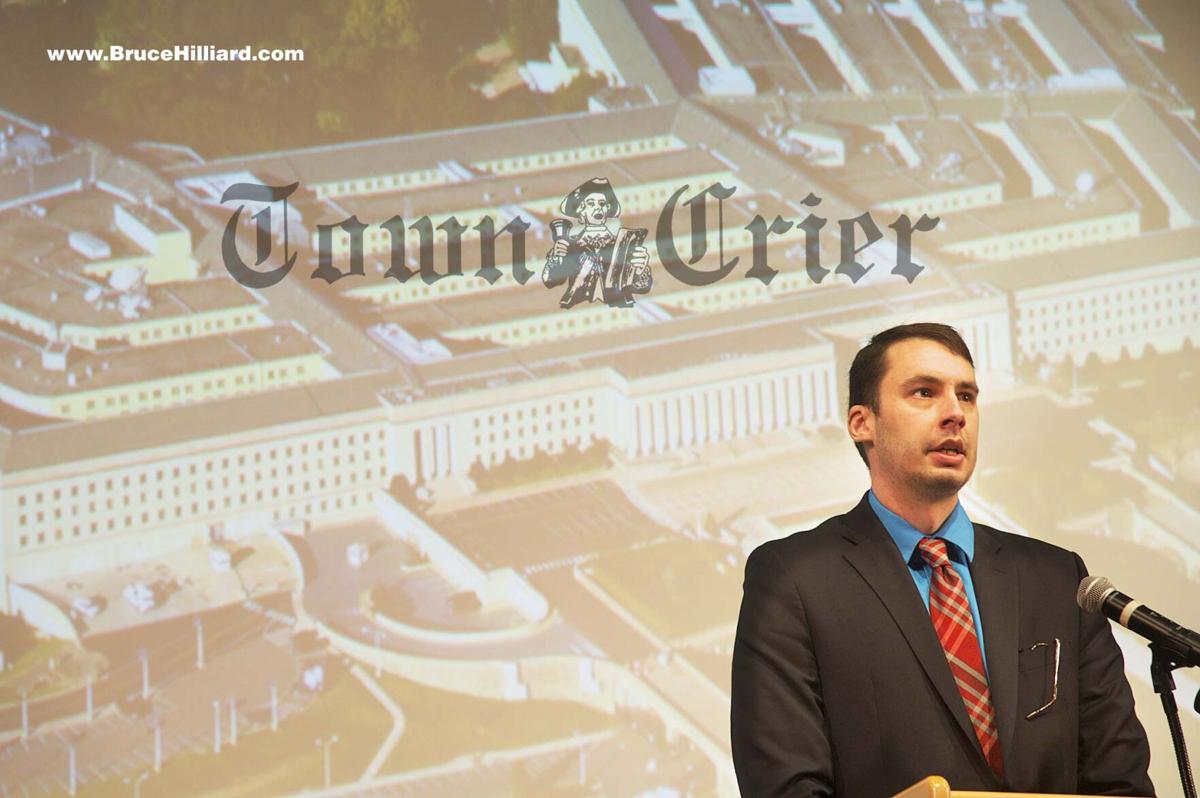 State Representative David Robertson speaks during the ceremony to honor the victims of 9/11. (photo: BruceHilliard.com) 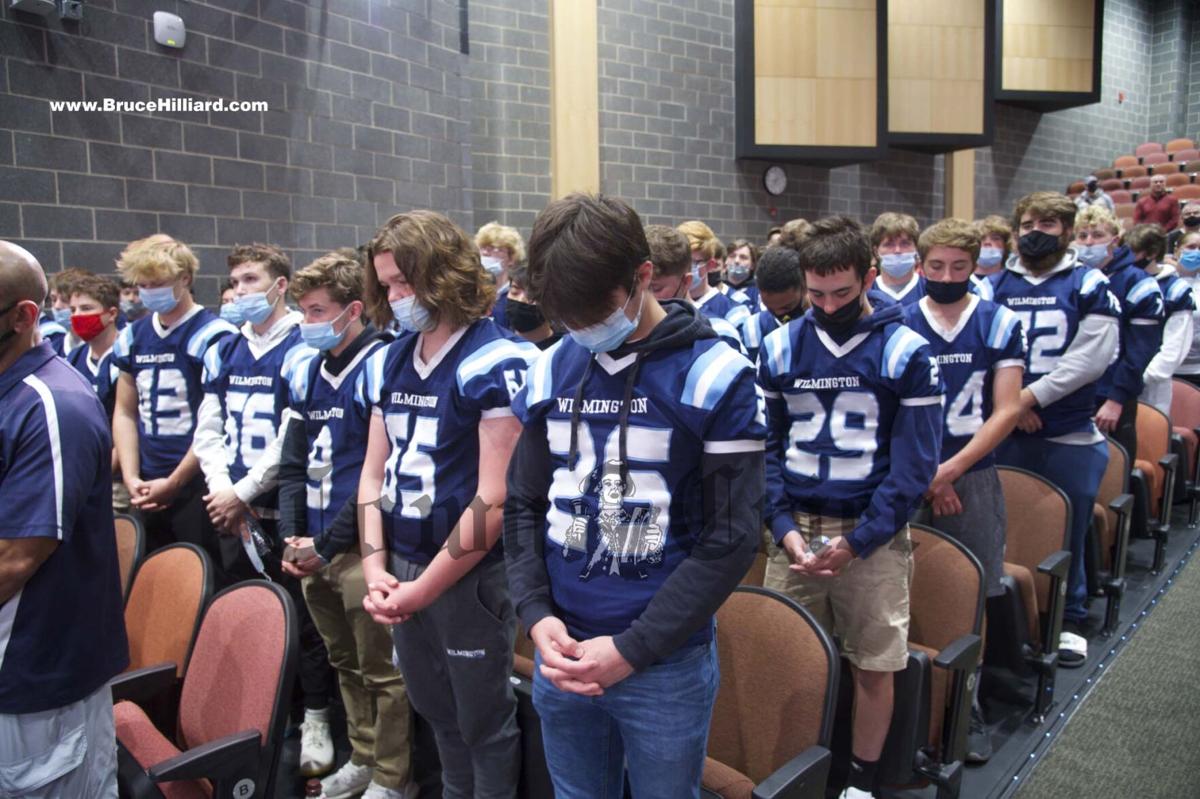 WHS Wildcats football team members during the ceremony to honor the victims of Sept. 11, 2001.   (photos: BruceHilliard.com) 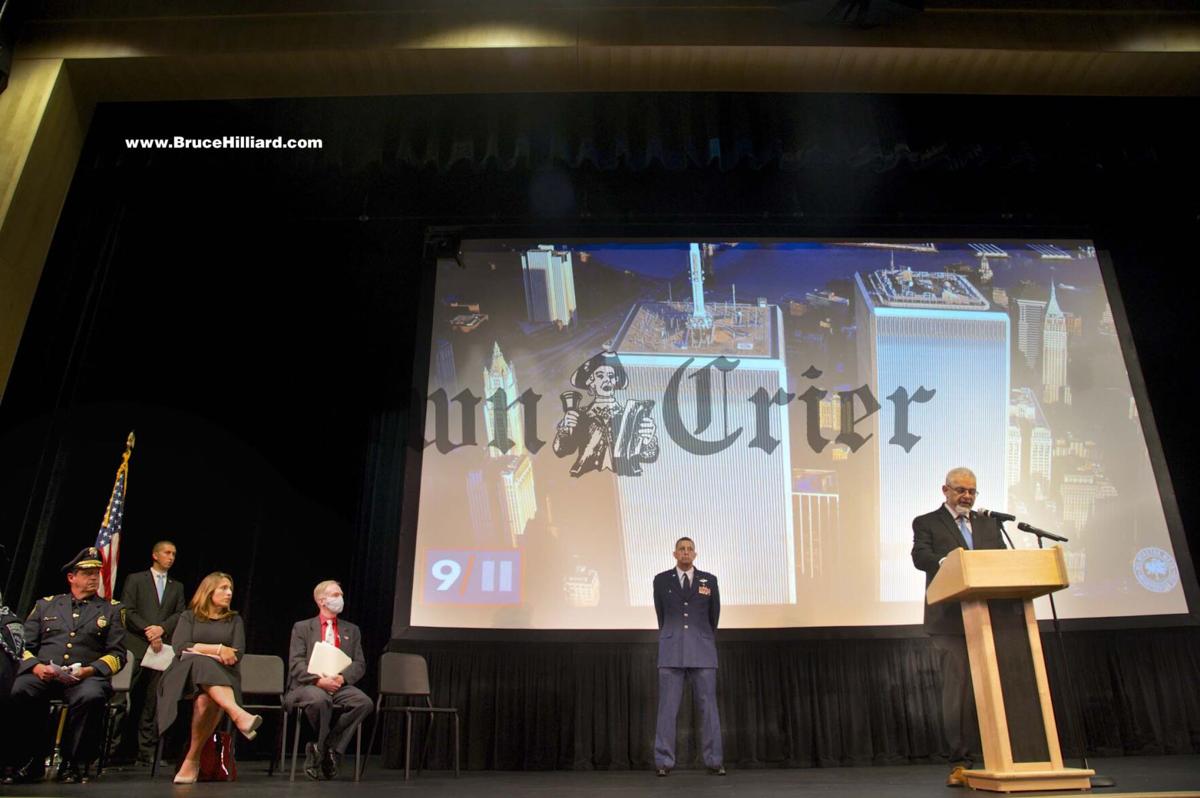 State Senator Bruce Tarr speaks during the ceremony to honor the victims of 9/11. (photo: BruceHilliard.com)

State Representative David Robertson speaks during the ceremony to honor the victims of 9/11. (photo: BruceHilliard.com)

WHS Wildcats football team members during the ceremony to honor the victims of Sept. 11, 2001.   (photos: BruceHilliard.com)

WILMINGTON — On Saturday, Sept. 11, 2021, Wilmington officials and members of the community joined together to remember the 20th an­niversary of the attack of the U.S. on 9/11/01.

The service started at the Wilmington High School auditorium. Be­fore entering the auditorium, guests could view pencil portraits drawn by artist Gina Johnson. John­son’s display was titled “Put­ting a Face to Every Name,” as portraits were of the victims of 9/11.

Once in the auditorium, the community gathered in front of a large projection screen that rotated scenes from that fateful day as well as photos from memorials in the center of town.

The ceremony began with a procession of flags led by the Wilmington Po­lice and Fire Honor Guard.

The Master of Ceremo­nies, Wilmington Selectman Gregory Bendel, set the tone for the event by stating, “We gathered here to­gether to mourn our sorrow and strengthen our resolve.”

Many town officials were in attendance and spoke poignantly of that tragic day in 2001.

State Senator Bruce Tarr focused on the mindset of the American people during that time.

“Remember the unity that got us through those dark days,” he said.

Wilmington Town Mana­ger Jeffrey Hull recalled life before 9/11 and the vast differences of life after 9/11.

Lilia Maselli, Chair of the Wilmington Board of Sel­ectmen, spoke of the im­por­tance of this memorial.

“We must tell our children and grandchildren the tragedy of this day,” she stated.

State Representative Da­vid Robertson was almost brought to tears as he re­called the events of the day of the 2001 attack. He also remembered the un­settling silence of the days that followed.

Between speakers, a sol­emn bell was rung followed by a moment of si­lence at the time of impact for each fatal crash that occured on Sept. 11, 2001.

This part of the ceremony was concluded with words of comfort offered by Rev. Ron Grimley of the Abundant Life Church and Rev. Peter Hey of the Uni­ted Methodist Church.

The ceremony then moved to the courtyard of the high school where a wreath was placed by the Wilmington High School 9/11 Commit­tee followed by a benediction given by Fr. Ron Coyne of the Parish of the Trans­figuration.

The common was lined with 276 flags representing the Massachusetts residents who lost their lives during the 9/11 attack.

Town officials would like to thank the volunteer ef­forts of the Wilmington High School and Shaw­sheen Tech students, the veterans, and other members of the community that helped to display the flags.

Organizers of this event would also like to thank all the town departments that played a role in the 20th anniversary of 9/11 event, with special thanks to the 9/11 Committee.