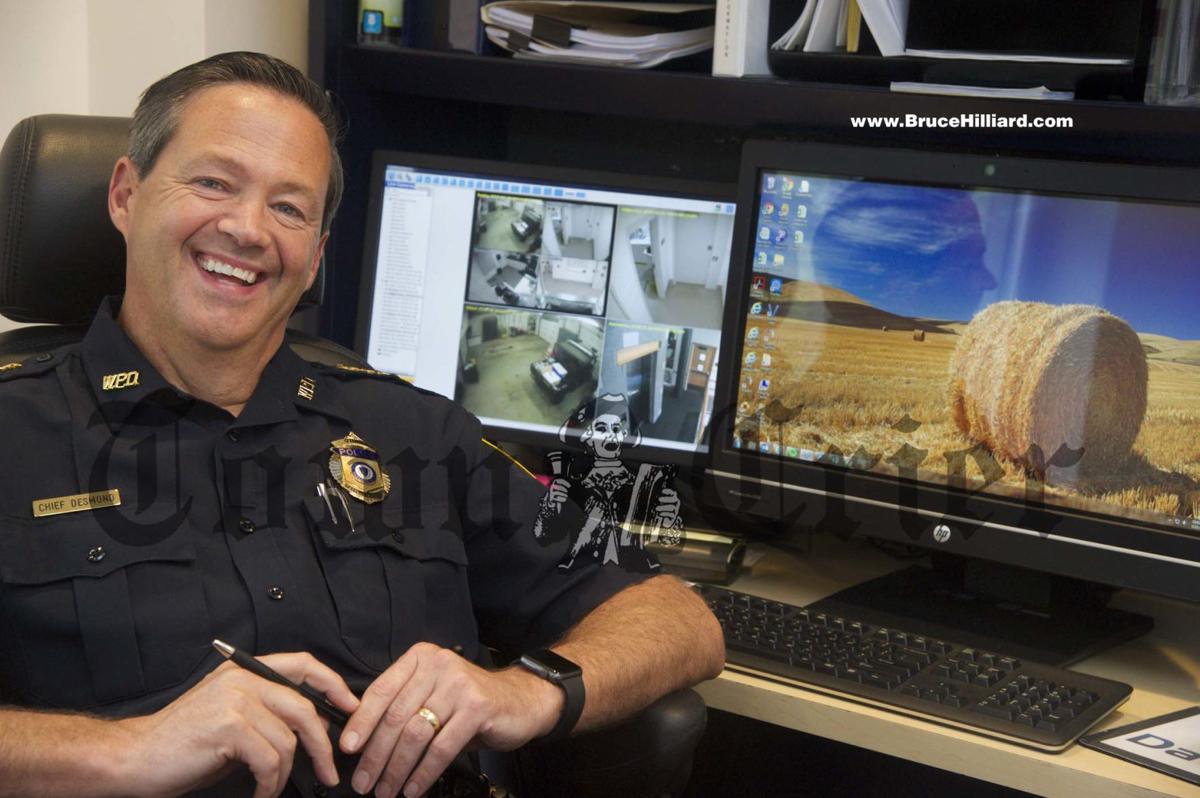 Town Manager Jeffrey Hull appointed Jospeh Desmond (pictured) to the position of Wilmington Police Chief in recent days. Chief Desmond has served as the acting Police Chief since April 5 after former Chief Michael Begonis retired. He has been with the department for more than 30 years. (photo: BruceHilliard.com) 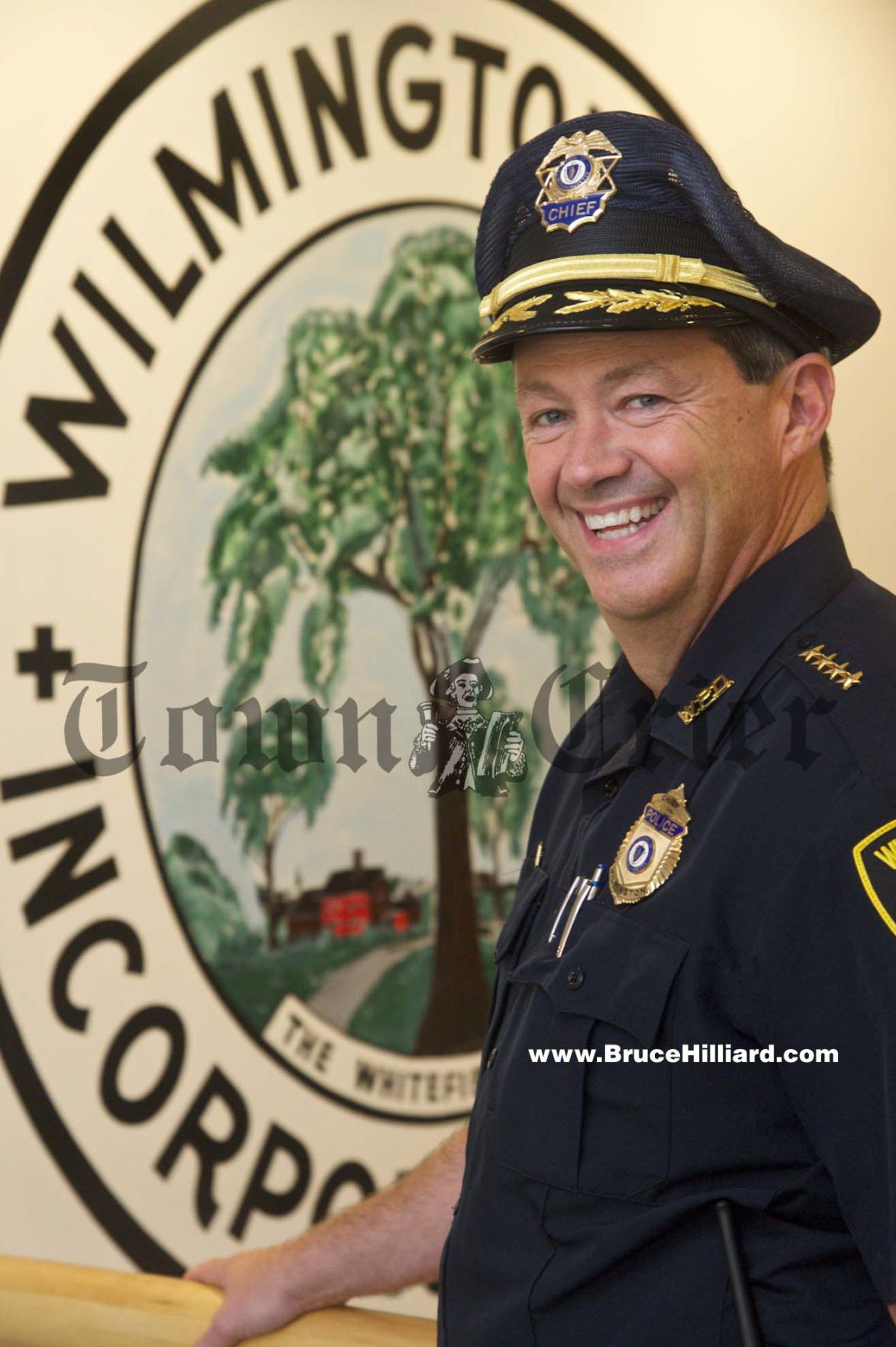 Town Manager Jeffrey Hull appointed Jospeh Desmond (pictured) to the position of Wilmington Police Chief in recent days. Chief Desmond has served as the acting Police Chief since April 5 after former Chief Michael Begonis retired. He has been with the department for more than 30 years. (photo: BruceHilliard.com)

After serving as acting chief since April 5, Des­mond shared that he is very pleased with the town’s decision. He started his now 31 year long career in public service in Wilming­ton in 1988 as a patrol officer. Then, he slowly rose through the ranks as a sergeant, then a lieutenant, and operations lieutenant before he started as acting chief.

In a statement on the Wil­mington Police Depart­ment website, the department wrote, “Chief Desmond ser­ved on the NEMLEC Tac­tical Police Force & Re­gion­al Response Team for many years during his time as Patrol Officer and Ser­geant.”

In all of these positions, Desmond was able to gain the experience that he need­ed in order to step into his current role.

He explained that part of what he’s developed in terms of skill and experience comes from the good leaders that he’s been able to learn from.

“When I was younger I had a lot of great sergeants who taught me,” Desmond said.

He also is grateful to have had the opportunity to work under Chief Michael Bego­nis and Deputy Chief Rictor that made way for him to act as chief in their ab­sence.

What makes a good police chief, in his eyes, is someone who works with a high level of honesty and integ­rity.

“Having a calm demeanor is also important. Each day could bring on something new,” he continued.

Another necessarily skill is being able to actively listen to the department and to members of the community and address their needs as he sees fit. Fi­nally, he mentioned that it helps having knowledge about the town. Desmond aims to uphold these values as he continues to serve the community that he grew up in.

As he starts his own transition into chief, Desmond’s first outward focus will be on promoting some personnel inside of the police department.

“Since my position is now permanent, we need a new deputy chief. We get to promote two lieutenants and two sergeants, as well.”

Even after 31 years, he still finds public service rewarding and he looks forward to protecting and serving the town in his new official role.

The new chief is committed to maintaining the same level of excellent service that the police department has provided for the town.

“We’ve always had a de­partment that has had a very good reputation in the community and that’s re­sponsive to the community’s needs,” he said. “That doesn’t happen by accident.”

Excited to move forward and keep that good reputation going, he’s looking for ways that the police de­partment could do even more to meet the needs of the people of this community.