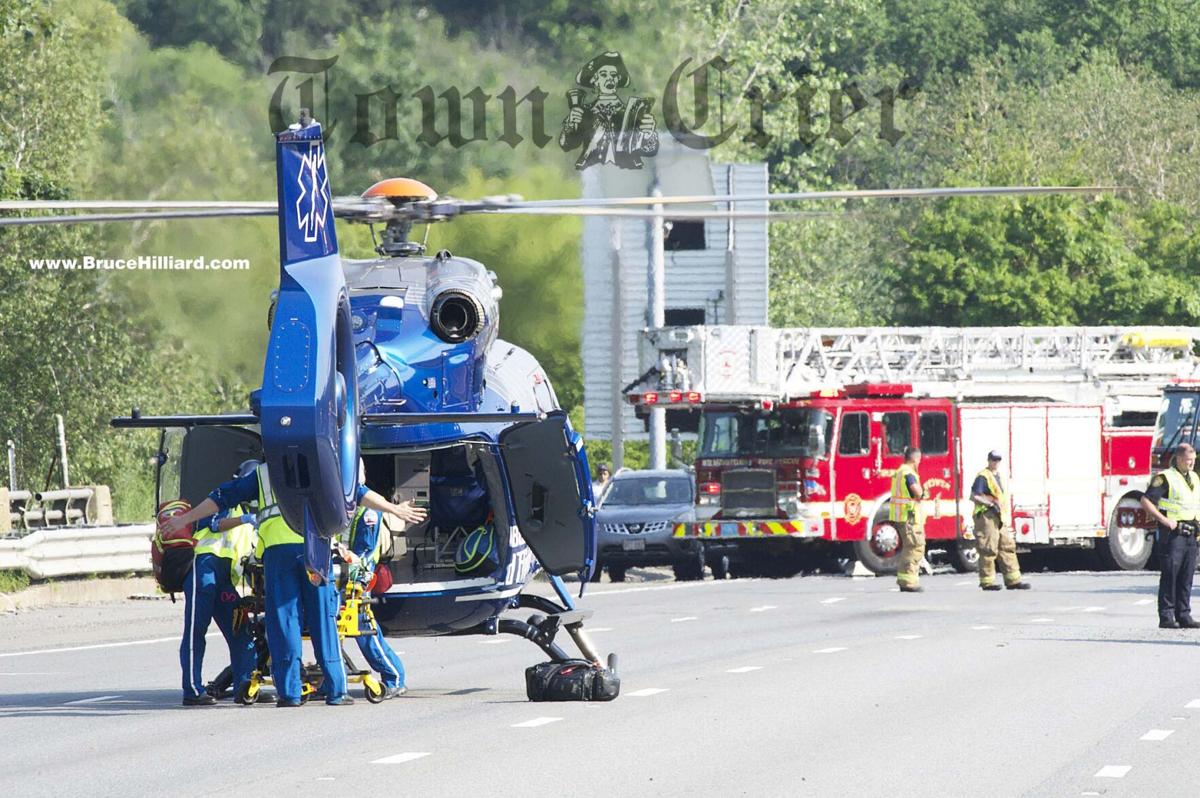 The accident closed both lanes of traffic on I-93 and required a helicopter to transport the young victim to the hospital. (photo: BruceHilliard.com) 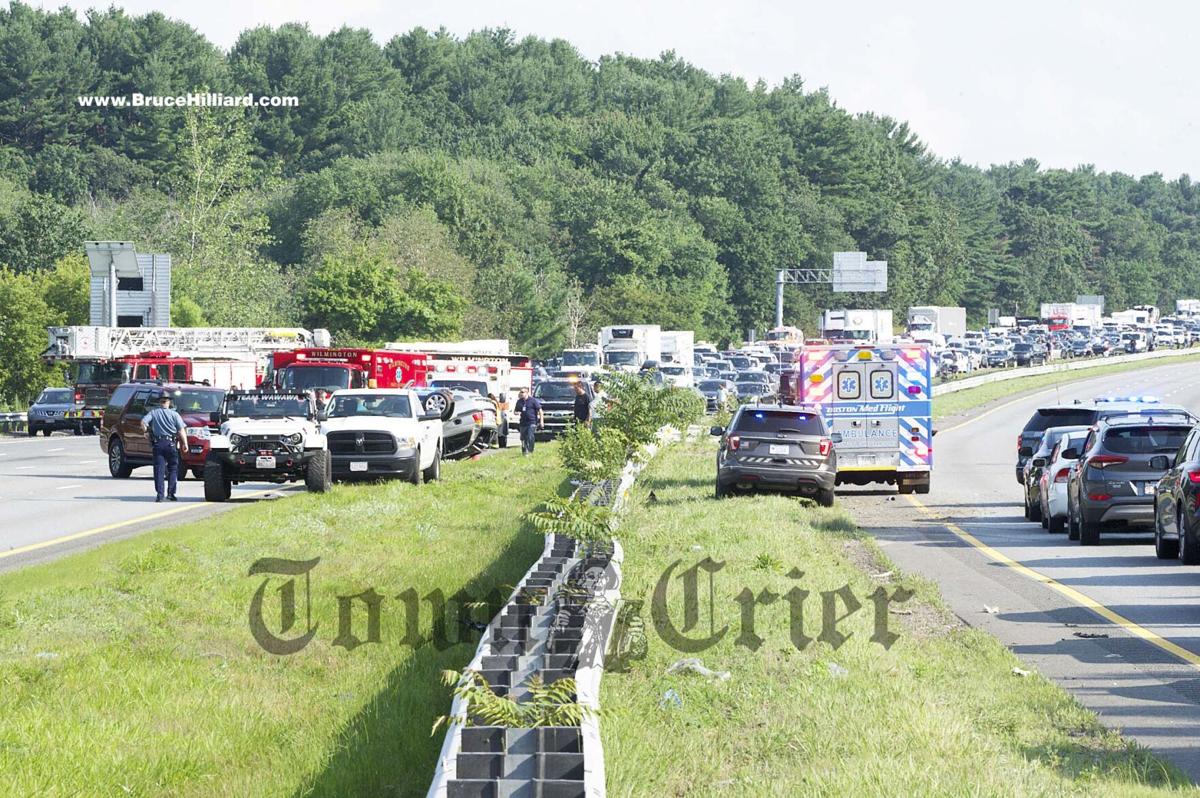 The accident closed both lanes of traffic on I-93. (photo: BruceHilliard.com)

The accident closed both lanes of traffic on I-93 and required a helicopter to transport the young victim to the hospital. (photo: BruceHilliard.com)

The accident closed both lanes of traffic on I-93. (photo: BruceHilliard.com)

WILMINGTON — The cause of a recent crash on Interstate 93 in Wilming­ton is still under investigation after a three-year old child was ejected from the affected car.

On Thursday, July 15, 2021, a Chelsea woman was driving on I-93 South­bound through Wilming­ton when she hit and flip­ped over a guardrail onto the Northbound side.

The three-year old from the back was ejected from the car.

Both the driver and passenger suffered injuries, and both were transported to Massachusetts General Hospital.

The driver had less serious injuries, so she was transported on the ground. However, the three-year old suffered serious in­juries that required the in­terstate to be closed so a helicopter could transport her.

Both the driver and the child are in stable condition.

“At 4:20 p.m. Massa­chu­setts State Police Troopers responded to a single-vehicle crash on Route 93 in Wilmington near Exit 33 that caused serious in­juries to a young girl and minor injuries to an adult female. The three-year-old girl was ejected in the crash and suffered serious injuries; she was transported by medical helicopter to Massachusetts Gen­eral Hospital in Boston.

“The adult, a 32-year-old, suffered minor injuries and was transported by ground ambulance to MGH. Both victims are from Chelsea and were the only occupants of the vehicle.

“Preliminary investigation by Troopers from the State Police-Andover Bar­racks with assistance from MSP specialty units indicates that the adult victim was operating a 2001 BMW 325 wagon southbound. For reasons still under in­vestigation, the vehicle veered to its left, hit the guardrail and rolled over it, coming to rest on its roof partially in the left northbound lane.

“Two child car seats were located inside the vehicle; whether the child was appropriately restrain­ed in a seat remains part of the ongoing investigation. The investigation into the crash is being conducted by Troop A of the Massa­chusetts State Police with assistance from the State Police Collision Analysis and Reconstruction Sec­tion and the State Police Crime Scene Services Sec­tion.

“Wilmington firefighters and EMS crews responded to the crash and helped treat the victims and prepare them for transport. Troopers were also assisted on scene by Wilmington Police and the Massa­chusetts Department of Transportation.

“All northbound and south­bound lanes of Route 93 were closed to traffic temporarily to accommodate the landing of the medevac helicopter. After the helicopter evacuated the child victim from the scene, partial lane closures remained in place until shortly after 6 p.m. to accommodate the crash investigation and processing of the scene.

No further information is being released at this time.”