Wilmington resident Conor Bailey will be running the Chicago Marathon next month on behalf of his mother Laurie, who has cancer and recently went into remission.     (courtesy photo). 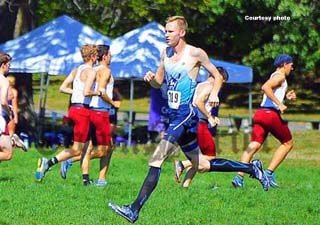 Wilmington resident Conor Bailey will be running the Chicago Marathon next month on behalf of his mother Laurie, who has cancer and recently went into remission.     (courtesy photo).

WILMINGTON — Conor Bailey has been an avid runner his entire life, but during his sophomore year in college, he had to stop running due to health problems.

For the past 18 months, he has been doing some light running to 'stay in shape.' Just recently, he decided to ignore his own health problems, and try to raise some money for someone he dearly loves, who has more severe health problems, his mother.

During his senior year of high school, Bailey's mother Laurie, was diagnosed with cancer. Her father, David Murphy, had passed from cancer when Conor was just eight months old.

Since that day that Laurie has been diagnosed, Conor graduated from WHS (in 2016), went on to Wheelock College, transferred to Westfield State. His mother recently has gone into remission, and Conor thought there's no better way to honor her, than to take on the biggest athletic challenge of his life, running a marathon.

"I got interested in the Chicago Marathon because I had heard from a lot of people who ran it, that it was really fun and relatively easy (course) for (someone's) first marathon,” he said. “I decided to look into it and then talking it over with my family, I signed up. I also like that this course runs throughout all of Chicago, not like Boston where you run just a few miles in the actual city."

Bailey will be running and raising money for the American Cancer Society.

"I chose to run for the American Cancer Society because my mother had been diagnosed with cancer when I was a senior in high school, and has since gone into remission," said Conor. "Her father, my grandfather, died of the disease when I was eight months old.

“There's been so many other people I know who have been touched in someway by cancer. It's a charity that I knew that has done good work, has touched a lot of lives and has helped people to conquer this awful disease."

Bailey ran all three seasons at WHS and was a captain of all three teams during his senior year. Her went to Wheelock College, ran cross-country during his freshman year. The program was dropped so he didn't want to give up running so he transferred to Westfield State and ran into his own health problems came about.

Now over the past 18 months, he has been slowly getting back into running and said that he feels good. He signed up for the Chicago Marathon back in March.

"I hadn't been running much so I wanted to get back in shape as soon as possible and buckle down on training early, so I would be ready come Columbus Day weekend," he said. "I usually run five days a week with one being a long run. I run throughout the neighborhoods in town and average about 40-45 miles per week.

“I always make sure to carry energy things with me on the runs, usually gatorade or energy chews to help keep my legs fresh and energy up for the longer runs."

The marathon will be held on October 13th.

"This is my first marathon so I'm very excited to take on this challenge," he said. "But at the same time I am nervously excited to take on this challenge. It truly is a little daunting to think I'm going to run 26.2 miles, but I am excited and ready to do it. I'm getting back into running and I want to prove to myself that I can still run, even though I'm no longer competing.

“Sometimes when I'm driving, I see mile markers that say mile 26 and I think that I'm going to run from that point to wherever the zero marker is, and I think that's pretty crazy. I'm just so excited for this challenge and I know I have a lot of people supporting me."

If you would like to donate on behalf of the Bailey Family, you may go to: https://secure.acsevents.org/site/TR/DetermiNation/DNCY19NCR?px=40639093&amp;pg=personal&amp;fr_id=93446, or you can search “American Cancer Society Determination Chicago Marathon” and then click the donate button and search for my name “Conor Bailey”.