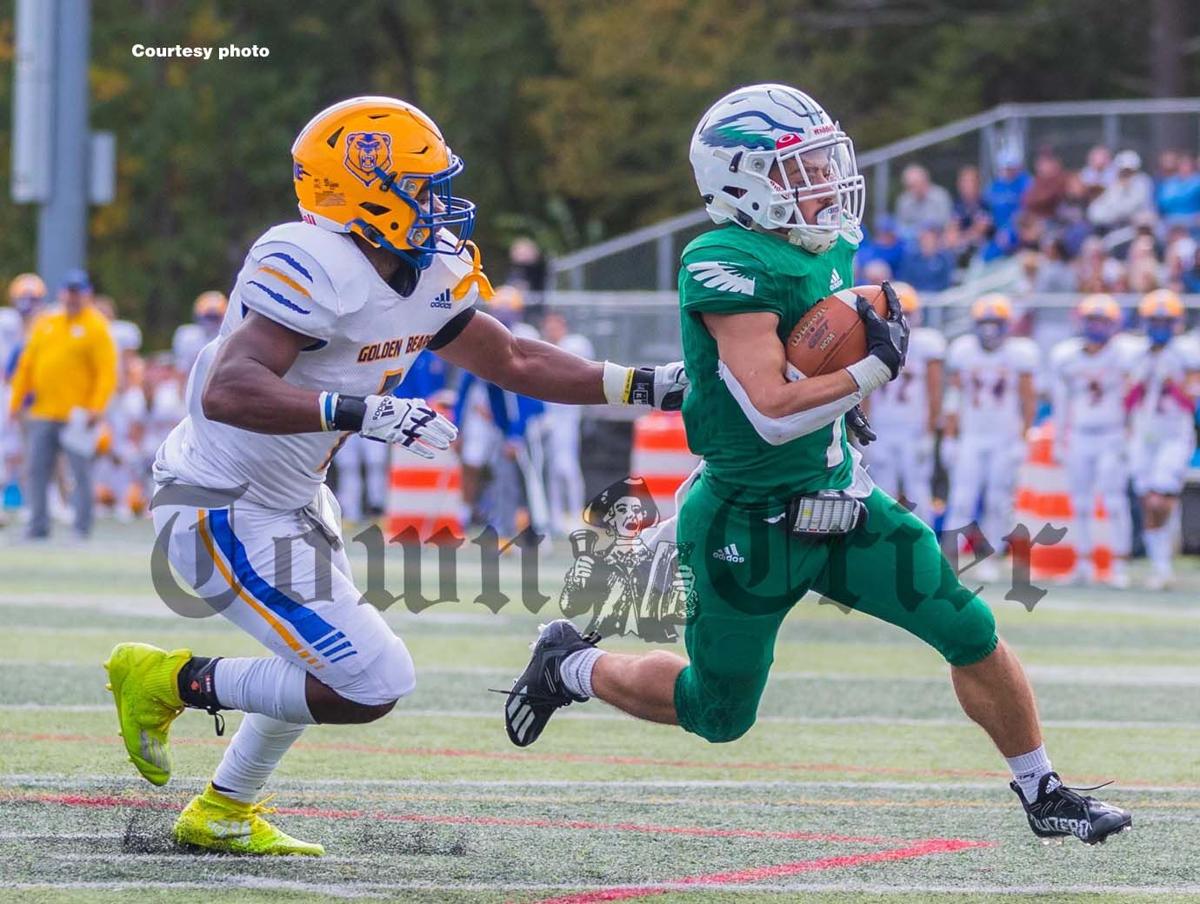 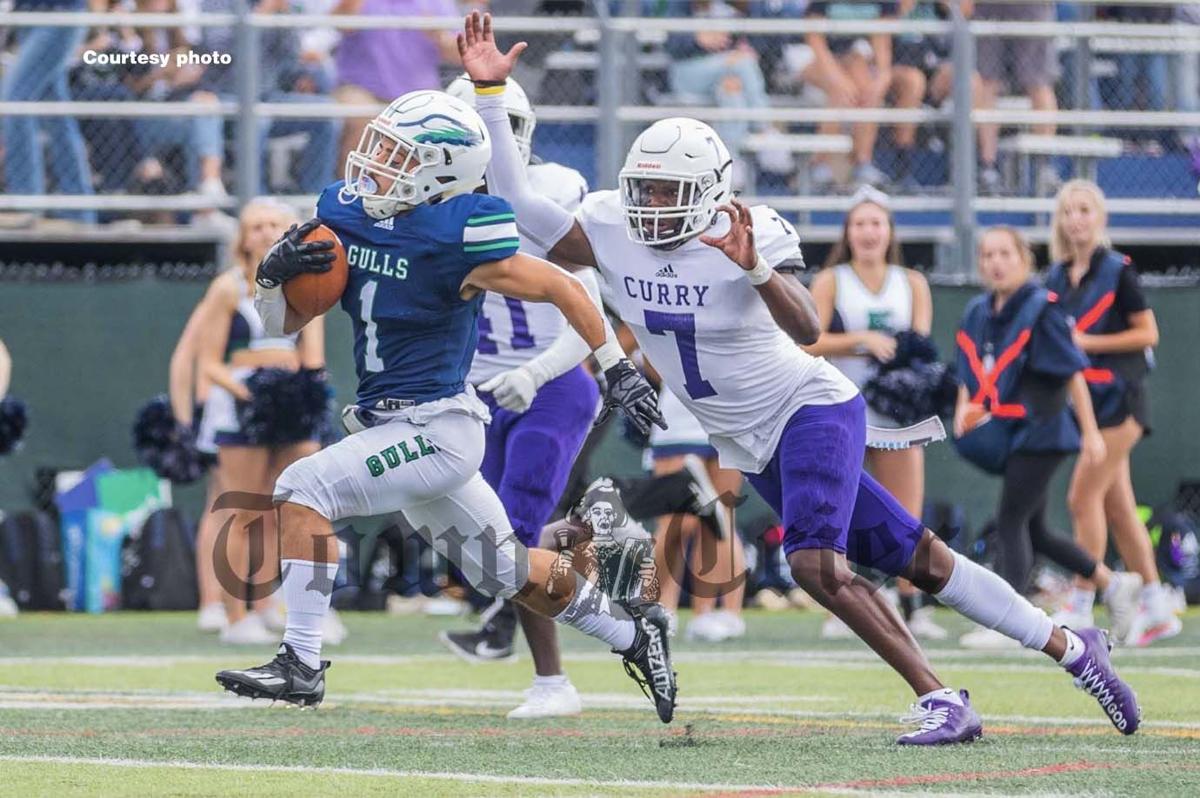 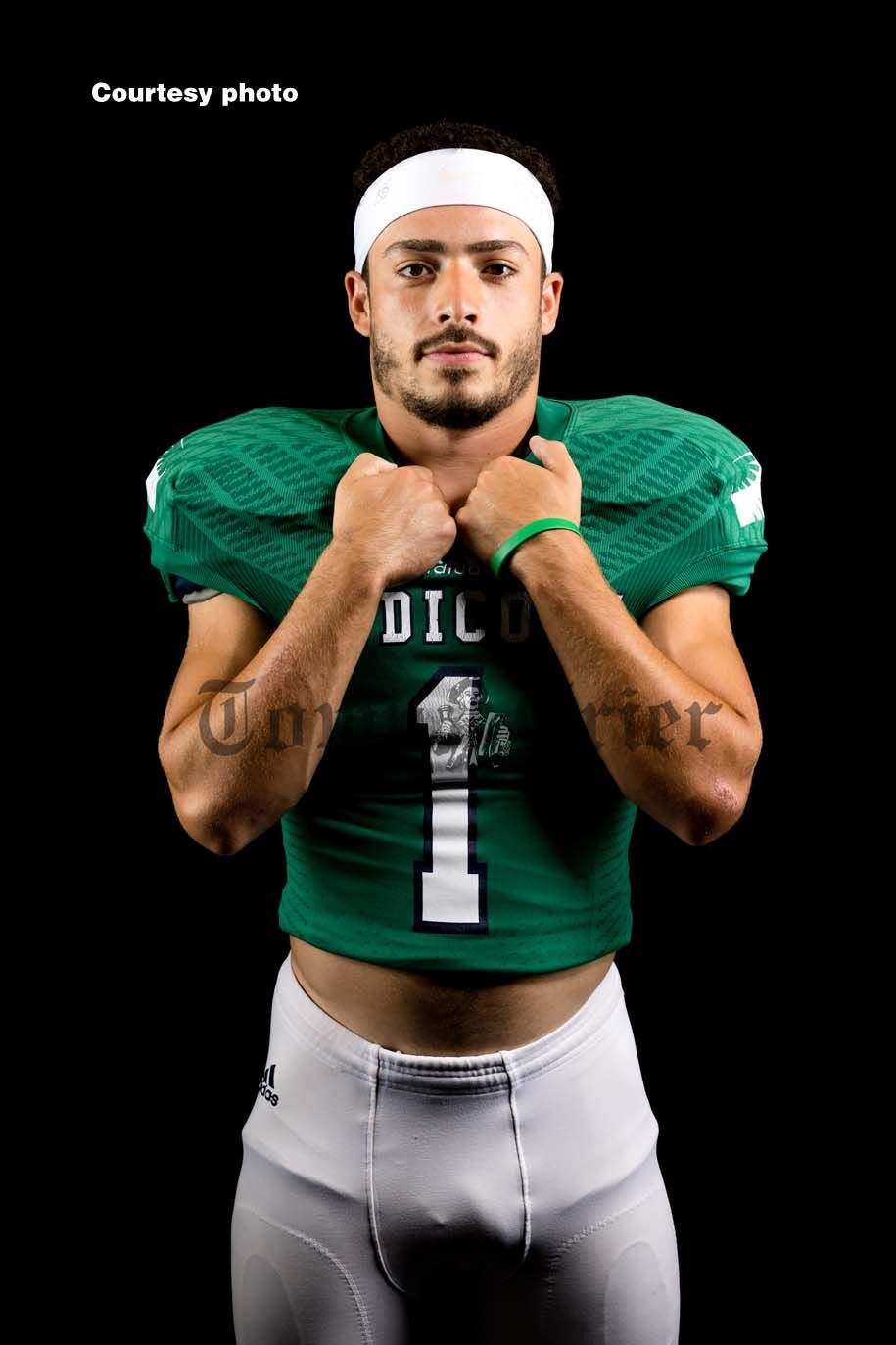 BEVERLY – When he was in high school, John Kenney never let his small stature get in his way. After transferring from Central Catholic, all he did in his one year as the running back for Wilmington High was finish with over 1,100 rushing yards, while accumulating 102 points including 15 touchdowns as he helped the Wildcats make program history with their first playoff victory.

That was the fall of 2017 and now four years later, the 5-foot-6, 190-pound tailback hasn't skipped a beat while competing at the collegiate level. On Saturday afternoon, the senior captain rushed for 105 yards and scored three touchdowns, including the team's first two scores, as he helped Endicott College dominate Western New England, 45-21, in a CCC contest played before 2,500 fans.

Thus far in five games, Kenney has rushed for a team high 428 yards and has scored seven touchdowns, all the while helping the Gulls get off to an impressive 5-1 start.

"It's not me, really, it's the offensive line," he said when asked about his success. "None of that gets written down in the stats, but it's all because of the line. When they produce, then I get to produce, so all of my touchdowns and that stuff, it all goes to them."

In 2018, Kenney rushed for 372 yards and scored two touchdowns. In 2019 as a sophomore, he rushed for 488 yards and scored twice. After last year's season got cancelled due to COVID-19, he has taken off this season, rushing 60 less yards in half of the games than he did back in the 2019 season. And he's done that as the smallest player on the field – once again.

"It's literally always been that way since I started playing football when I was six years old. I have always, always been the smallest guy so I'm used to it. Now I use it to my advantage because if they can't see me, they can't tackle me," Kenney said with a laugh.

Endicott head coach Paul McGonagle took over the program before the 2018 season and Kenney was part of his first recruiting class, now the group are seniors.

"(John's a) warrior. I love John. He works hard every day. He battled through some injuries early on, so to see him go out there and finally play against these guys (today), I was happy for him," said McGonagle.

Kenney said that when he was a senior at WHS, it took him a while to decide where he wanted to play his next four seasons. Some colleges wanted him as a safety, but he wanted to run the ball. And with his lack of size, sometimes – not all the time – that can deter possible recruits to schools. McGonagle had none of that.

"Absolutely not," answered McGonagle on whether Kenney's lack of height has hindered him. "He's strong and he's stout. It's not like he is small and skinny because he's not, he's strong and stout. Sometimes it's tougher to tackle those smaller guys. He's also the smartest player we have. He knows everything. He has great leadership qualities. Even when he was hurt, he was still leading. He's just so smart. I just look at him and I know what he's thinking."

In Saturday's win, Kenney capped off the game's opening drive with a 1-yard run. Then about three minutes later, he scored his second TD of the first quarter, this one from 28 yards out.

"My linemen set up a huge hole and I just saw daylight. That's a running back's dream," he said.

The Gulls added another score before the end of the first quarter, and then reeled off another long, scoring drive to open the second and were quickly ahead 28-7.

"We came up with a game plan that we liked and this is a young (WNE) team so it's not the same team that we played two years ago. We had our game plan, we did what we had to do and we didn't beat ourselves," he said. "(The great start) was something that our coached talked about, starting out fast. We hadn't been doing that in other games and this one we came out, punched them right in the mouth and (cruised) the rest of the game."

Then early in the fourth quarter, Kenney added his third score on a 4-yard run, which ended his day with 105 receiving yards on 16 carries, while, he also added in a 15-yard reception.

"(John) always finds the holes. He runs so hard every single play. He had three touchdowns today, right? That's crazy," said lineman Justyn Lester of Tewksbury, while, fellow Tewksbury resident and wide receiver Shane Aylward added, "John has done a fantastic job. He's one tough kid. He's been great for us all season long. He's tough as nails, he runs hard, does what he's supposed to do but he's even a better kid off the field."

Thus far Endicott has defeated St. Lawrence, WPI, Norwich, Curry and WNE, with the lone loss coming to Catholic. The team has four games left on the regular season including this Saturday at Husson. For Kenney, being on this journey as a captain is something he will always remember.

"I've been playing here for four years. I love this team, I love the coaches and the players, and through the years I have kind of emerged (as a leader). I have always led by example, not just here by any sport (and any football team). It means a lot (to be one of the captains) and I'm pumped to be able to help lead this team. I love that I get to represent my coach, the teammates and the team," he said.