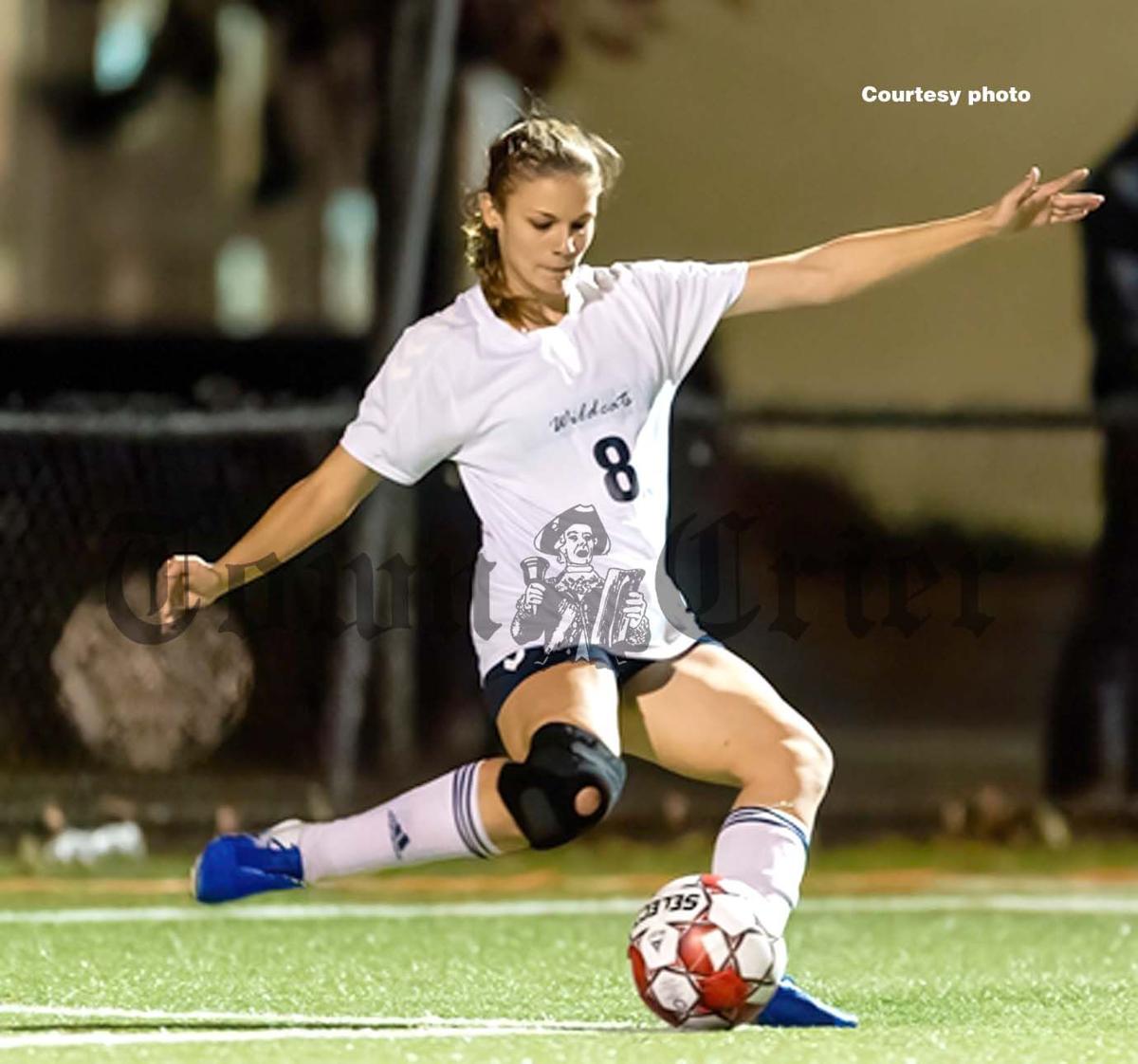 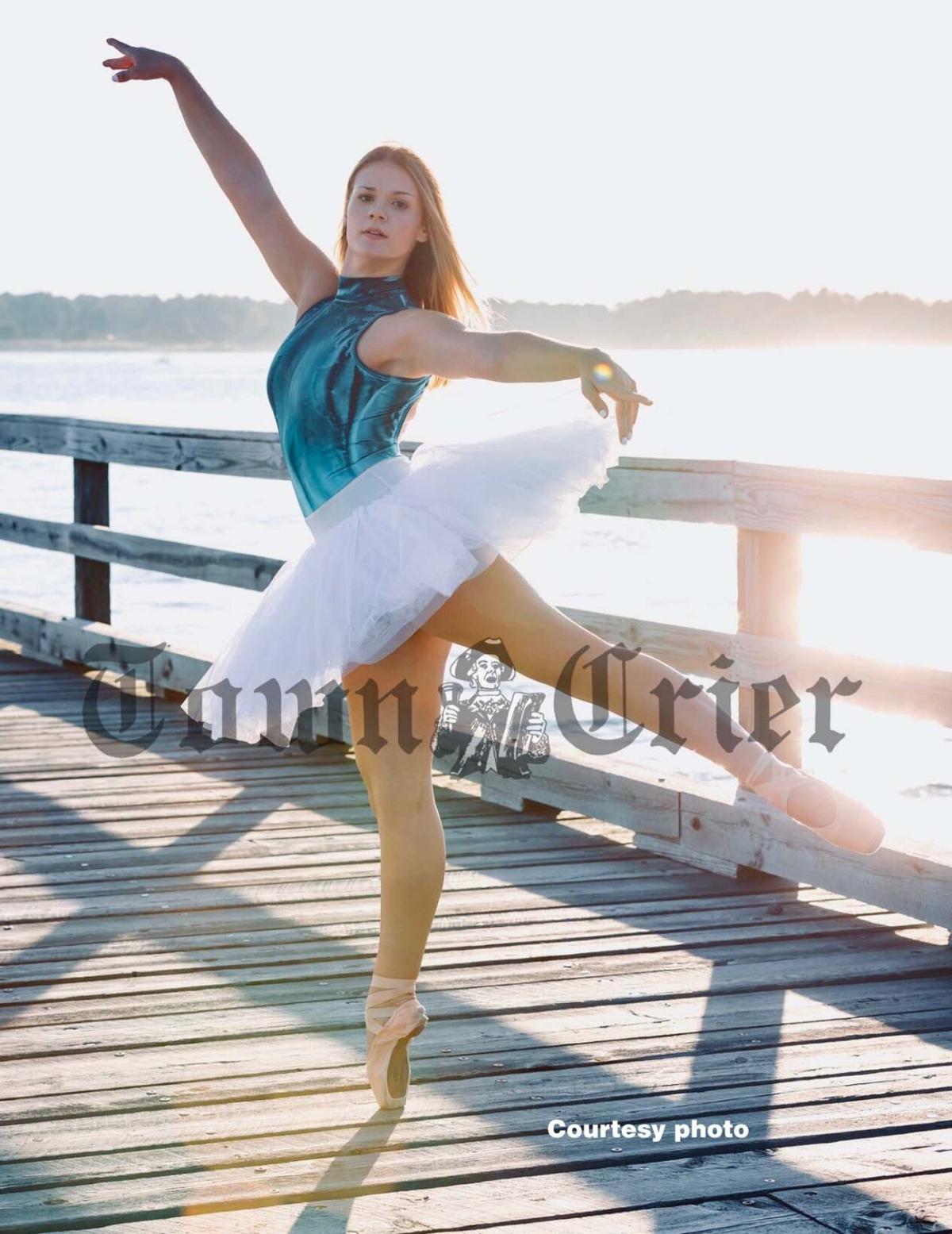 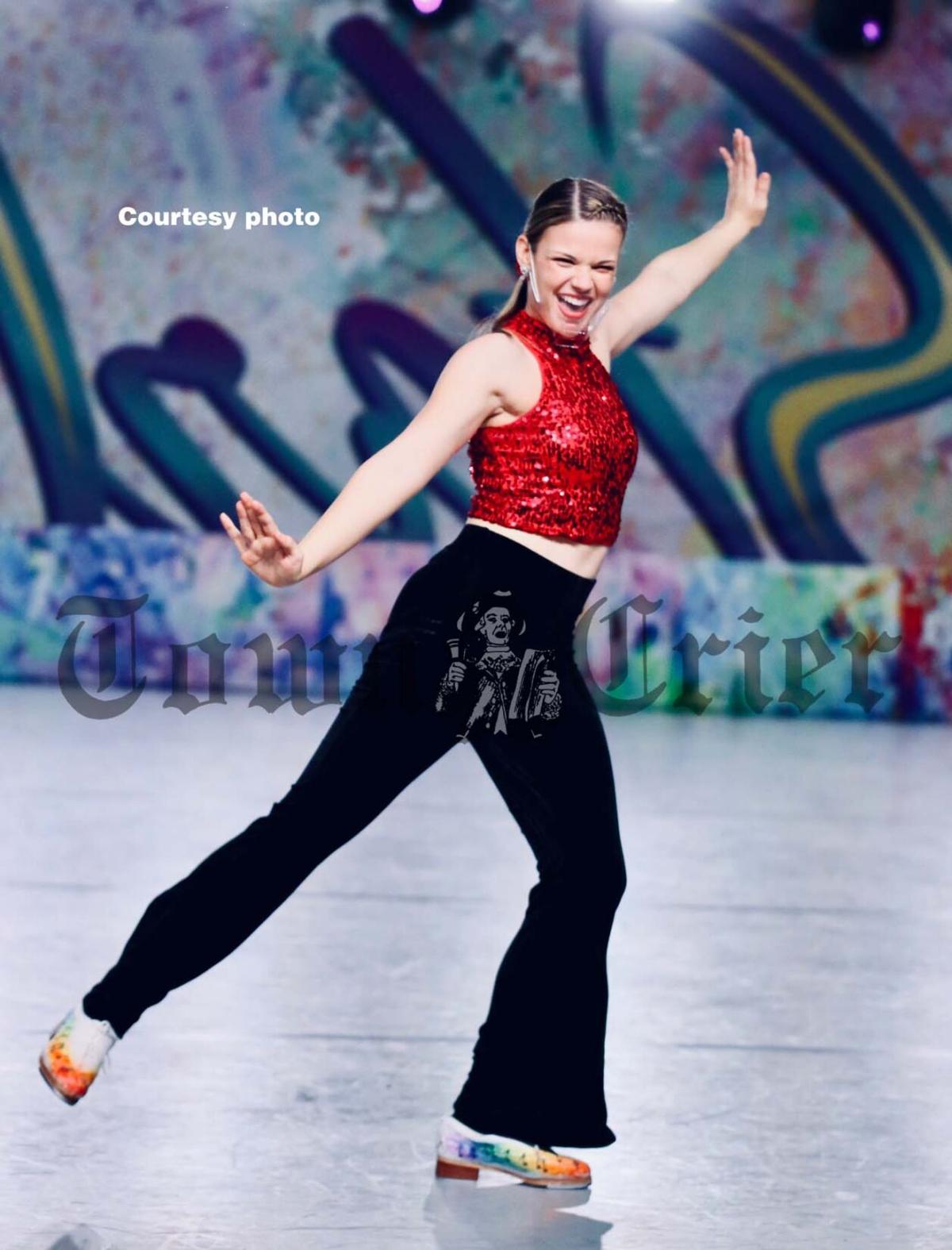 Audrey Curdo spends 40 hours a week as a competitive dancer in both tap and ballet, while she also has been the lead in school plays since attending Jr. High. (courtesy photo).

Audrey Curdo spends 40 hours a week as a competitive dancer in both tap and ballet, while she also has been the lead in school plays since attending Jr. High. (courtesy photo).

WILMINGTON – Audrey Curdo can remember it so vividly. She was a freshman, who had found out a few days earlier that she made the varsity team and she was preparing for her first game.

"I remember Coach (Sue) Hendee coming up to me and telling me that I was starting (the game as a defensive back). I was terrified and it was so scary but I am so glad that she pushed me to do it," said Curdo. "Over the years I have worked on my footskills and I feel like that I have grown as a player, plus I have seen my teammates grow alongside of me, which is great."

While Curdo was green with no varsity experience with the Wilmington High School girls' soccer team at the time, she was also kind of green in the skillset area as well.

"Audrey has really grown from her freshman year," said Hendee. "That season, she decidingly was right-footed and then being the person that she is, she worked really hard on that and improved a ton. That has made her a much less predictable player which is always good as you don't want to be predictable in soccer. She is just solid. She communicates well, she has a great soccer-IQ, she really understands the game so she's not reacting, she's proactive and she puts herself in the right position. She's hard on herself. She makes a mistake and she makes sure that she doesn't do it again. She also has a really strong leg, too."

That strong leg has not only helped her earn Middlesex League All-Star status last year as a dominant defender and pushed her to being named one of the three captains on this year's team, but it's also helped her with her passions. Outside of soccer, she is heavily involved with performing arts, in particular, dancing, singing and has been the lead in multiple school plays as far back as middle school.

She dances 40 hours a week at the advanced stage, is a tap dancer instructor, and during the winter days, she shifts to overtime as she surpasses the 40 hours a week because of the Nutcracker.

"I mainly focused on dance when I was a kid and then in middle school I kind of found my love for musical theater. I started doing the spring musicals and I just really loved being on stage even though I'm a competitive dancer. I just love to be on the stage so attention on me really," she admitted with a big laugh. "I just love being on a stage and love the attention."

Ever since she can remember, Audrey said that she's always performed – whether it was as a child in the living room in front of her parents and three brothers, including twin Brian, or during school settings. She truly loves soccer, but dancing, singing and acting, is what she wants to do the rest of her life.

"I have always been performing as a kid. Even my mom has said that I have always wanted to be this positive, energetic person and I just try to spread that everywhere I go. I feel like when I'm performing, I can just get up and do that and everyone can just get joy from me doing what I love, which I love."

Besides dance and soccer, her other love is her family. Audrey's parents are both doctors, mom Noreen is an optometrist and owner of Heller Eyecare here in town and dad, Mark, is a pediatrician out of Reading, is also the town of Wilmington School Doctor and a member of the Air National Guard, working as a flight doctor. The couple have four children, AJ, who competed in cross-country and track at WHS, Nathan, a former WHS Football and Track athlete who is attending he University of Michigan, and Brian, who plays baseball and has participated for the indoor track team.

"I love being a twin, Of course (Brian) gets on my nerves sometimes, but it's really nice. We support each other in school and this is the first time that we will be in the same class together in high school and that's really nice. We were pretty close as kids and we were like the athletic duo so it's been nice growing up together and being able to just go outside and play together," said Audrey. "The four of us are really close. I love all of my brothers and I'm the only girl. That kept me busy. I learned how to stand up for myself, but I just love them all."

Her three brothers have watched their sister dance, listened to her sing and also watched her become a very good soccer player. Last year she had a handful of games where she was absolutely terrific, and nothing got by her as the team's center-back.

"I really don't have time to play club, but when it's soccer season, I think of it as soccer season and I focus my time on that and I'll even go home and practice dribbling in my back yard," she said, while noting that she did participate on the cheerleading team during the Fall-2 season. "Anything that I can do to get my feet on the ball and then when I'm at practice, I just really try to give 100 percent."

Hendee acknowledged that Curdo has vastly improved on the soccer field – she has three years of experience, she is a shut down center back, she can handle the ball and shoot with both feet, but most importantly, she became a league all-star from her incredible work ethic, as well as an extraordinary upbeat personality.

"Audrey is a four-year player and she's just a great, upbeat kid. Every single kid on the team really respects her and trusts her. Her demeanor is always uplifting and positive, but she also doesn't tolerate any fooling around because her standards are so high and that's just the way that she is," said Hendee. "I think she sets a great example for the younger kids on not only how to be positive, but to be energetic and how to work hard. She's also an outstanding student."

Once this soccer season is completed, Curdo's cleats will go in her closet. She said there won't be time to play the sport in college, but hopes she can keep can find some time in her life to put them back on and head to a field. Until that time comes, she will concentrate on her studies, on the soccer season, all while trying to apply to performing art schools, which if anyone knows, is an extremely and somewhat impossible task.

"I have 21 schools on my list," she said with a big laugh, but noted that is par for the course with musical theater hopefuls "because the acceptance rates are very minimal. I want to get a BFA in Musical Theater. My first choice is Baldwin-Wallace in Ohio. I want to be on Broadway and I want to perform. I also want to teach. I teach private tap lessons right now with kids and I love teaching people so if I don't get on Broadway, I would love to teach, but Broadway is my number one goal."