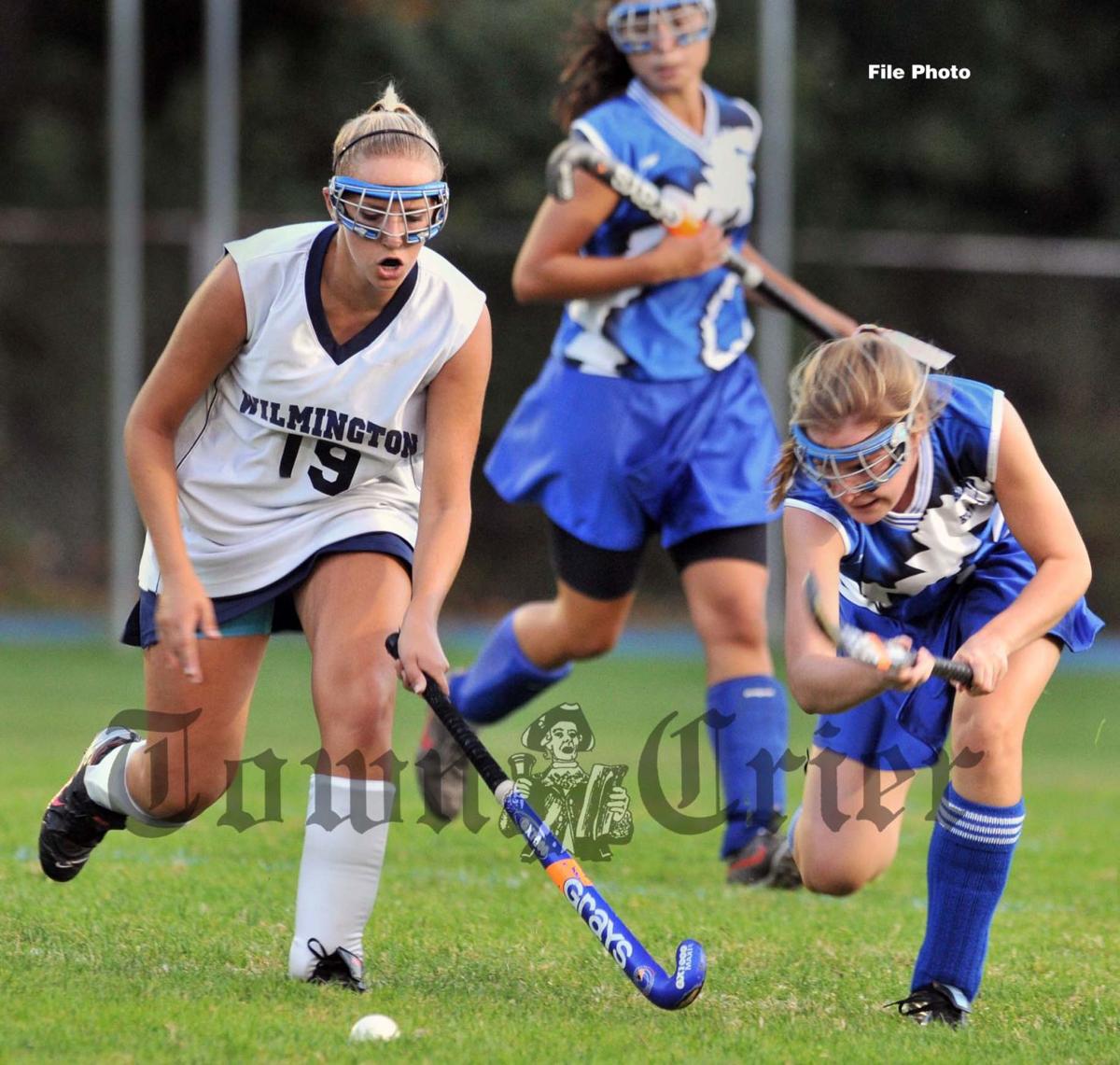 Cristina Wilson, shown here from the 2010 season, is among the first team selections to the All-Decade Field Hockey team. She had a terrific career, first at WHS, and then at Lasell College. (file photo). 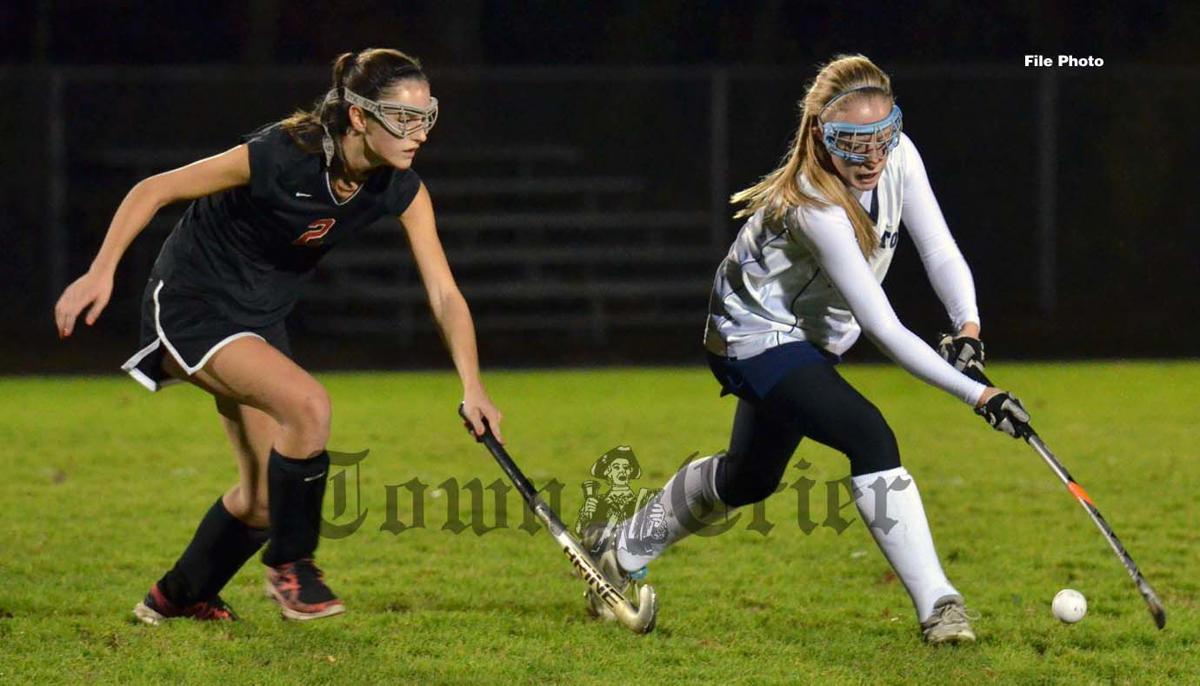 Amanda Richards was a four-year varsity player for the WHS Field Hockey team before moving on to play four more years at WPI. She is among the selections for the All-Decade team. (file photo).

Cristina Wilson, shown here from the 2010 season, is among the first team selections to the All-Decade Field Hockey team. She had a terrific career, first at WHS, and then at Lasell College. (file photo).

Amanda Richards was a four-year varsity player for the WHS Field Hockey team before moving on to play four more years at WPI. She is among the selections for the All-Decade team. (file photo).

Jodi MacKenzie, who did such a masterful job originally turning the program around, was the head coach in the first two years of the decade posting records of 9-8-3 and 13-5-2.

In 2010, the team advanced to the state tournament, losing to Newburyport, 2-0. Then in 2011, the 'Cats defeated Marblehead 3-1 before losing to Belmont, 4-1. It was during that regular season when the 'Cats tied Watertown, 2-2, in a truly epic performance.

In 2012, the 'Cats defeated Marblehead again before falling to Watertown. The next two seasons were first round defeats to Lynnfield and Newburyport. Then in 2015 came the exciting 2-1 overtime win over Wayland before the tremendously played 2-0 loss to Watertown.

In 2016, the dramatics continued with a 2-1, overtime win over Lynnfield, before a 2-1 loss to Ipswich. Then in 2017, the advanced to the sectional semi-finals for the first time since 1992 with 2-1 wins over Pentucket Regional and Gloucester, before falling to Watertown once again.

In 2018, the 'Cats were defeated by Gloucester.

The program had a 103-66-27 record in the decade, with no league titles, nine state tournament appearances and a post-season record of 6-9.

As for the All-Decade team, again the picks were made solely by me and only the players who finished all four years of the program are eligible.

Forward: Emily Colosimo – She was one of the more dominant goal scorers of the decade. She scored five during the 2011 season, before erupting for 15 during the regular season in 2012. In those two seasons, the team combined for a record of 24-9-7, including two state tournament wins.

Forward: Fiona Gately – A solid three-sport athlete, Gately was a dynamite player at the center forward spot. She is only eligible for the 2010 season in which she was named All-Conference, helped the team reach the state tournament for the first time in years, while adding her share of tallies.

She has continued to tear it up offensively at Johnson & Wales University.

Forward: Cristina Wilson – A league All-Star as a junior and an All-League selection as a senior, who then went on to play four years at Lasell, Wilson could certainly play. In 2011 and 2011, she helped the team finish with 22 combined wins and make two state tournament appearances.

She could score, but by far I don't think I've seen a Wilmington girl hit the ball harder than she did.

Midfielder: Melissa McNamara – After scoring seven goals as a junior midfielder, McNamara shifted between midfield and defense as a senior where she had three goals and two assists and was named to both the Middlesex League and Lowell Sun All-Star teams.

She went on to play at Mount Ida College.

Midfielder: Ryanne Newhouse – She was one of the tri-captains of the one of the top two teams of the decade, the 2011 squad which finished 13-5-2, but she was much more than that. She was the heart-and-soul of that team and just never ever stopped hustling and making plays.

Midfielder: Amanda Richards – Such a Down-To-Earth young lady, who played four years of varsity in both field hockey and softball and had great success. She was a league all-star in both 2012 and 2013, and during her four seasons, the team had a combined record of 44-23-13, including four trips to the post-season.

She went on to play four years at WPI.

Midfielder: Bridget Sullivan – She had a real solid career, which included a real productive junior season in 2015 which she scored 12 goals. As a senior she was dropped back to play more of a defensive spot, and she still scored six goals, while being named to both the Middlesex League and Lowell Sun All-Stars teams.

She also went on to play four years at WPI.

Defense: Lauren Fitch – She made the ice hockey team several weeks ago and I can basically say the same thing – tough as nails, great competitor and great leader. She was Middlesex League and Lowell Sun All-Star in 2014, and a month later, the Town Crier's Female Athlete of the Year.

She was the glue defensively on the field hockey field, helping the Wildcats make three straight state tournament appearances and combine for 30 wins in that time.

Defense: Katherine McKenna – A solid three-sport athlete, who never dominated games, but certainly was a crucial part of each team's success. In field hockey, she was a four-year player and two-year Middlesex League All-Star, while also having fine careers in hoop and softball.

She went on to play four years at Bridgewater State.

Goalie: Casey Herra – She made it as the top lacrosse goalie, and she's back again here. She's the only goalie in the history of the program to lead the 'Cats to a tie against Watertown. In that game she made 11 second half saves, while the Red Raiders had 24 offensive corners.

The following year, she was named a league all-star.

In her two seasons as goalie, the team won a combined 24 games, including two tournament games.