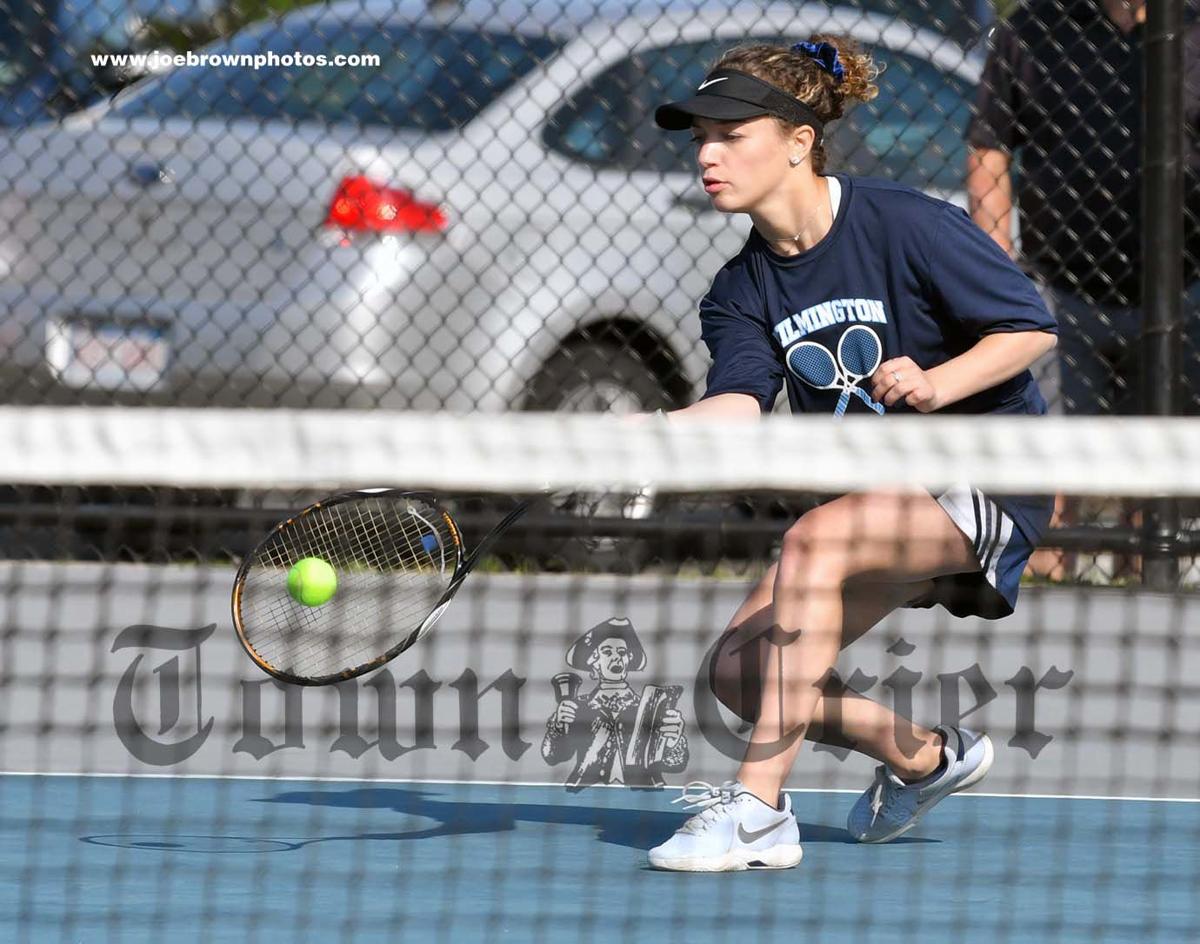 Making one of the spots for the WHS All-Decade Girls Tennis team is Lia Kourkoutas, who excelled as a singles player. (photo by joebrownphotos.com). 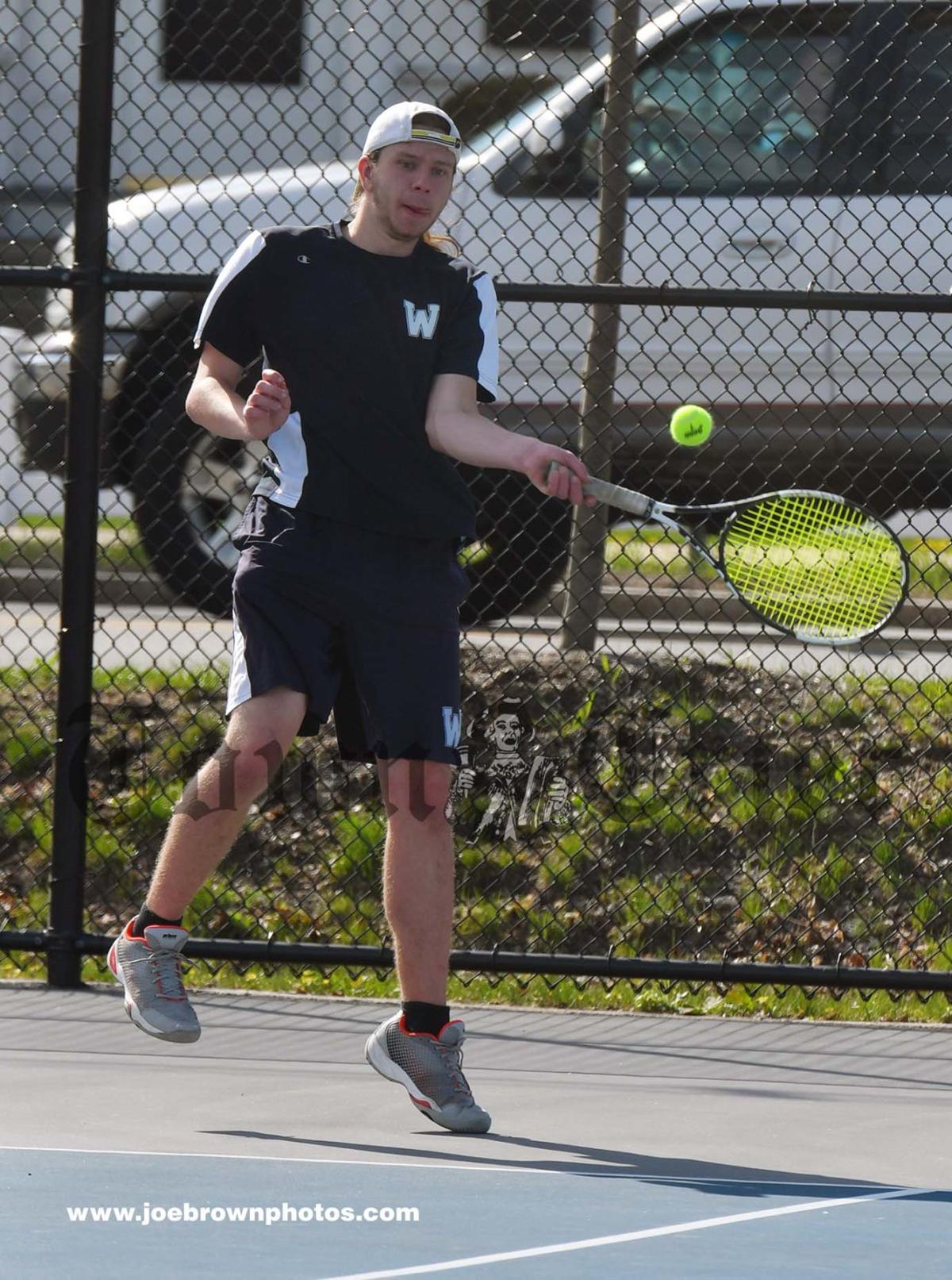 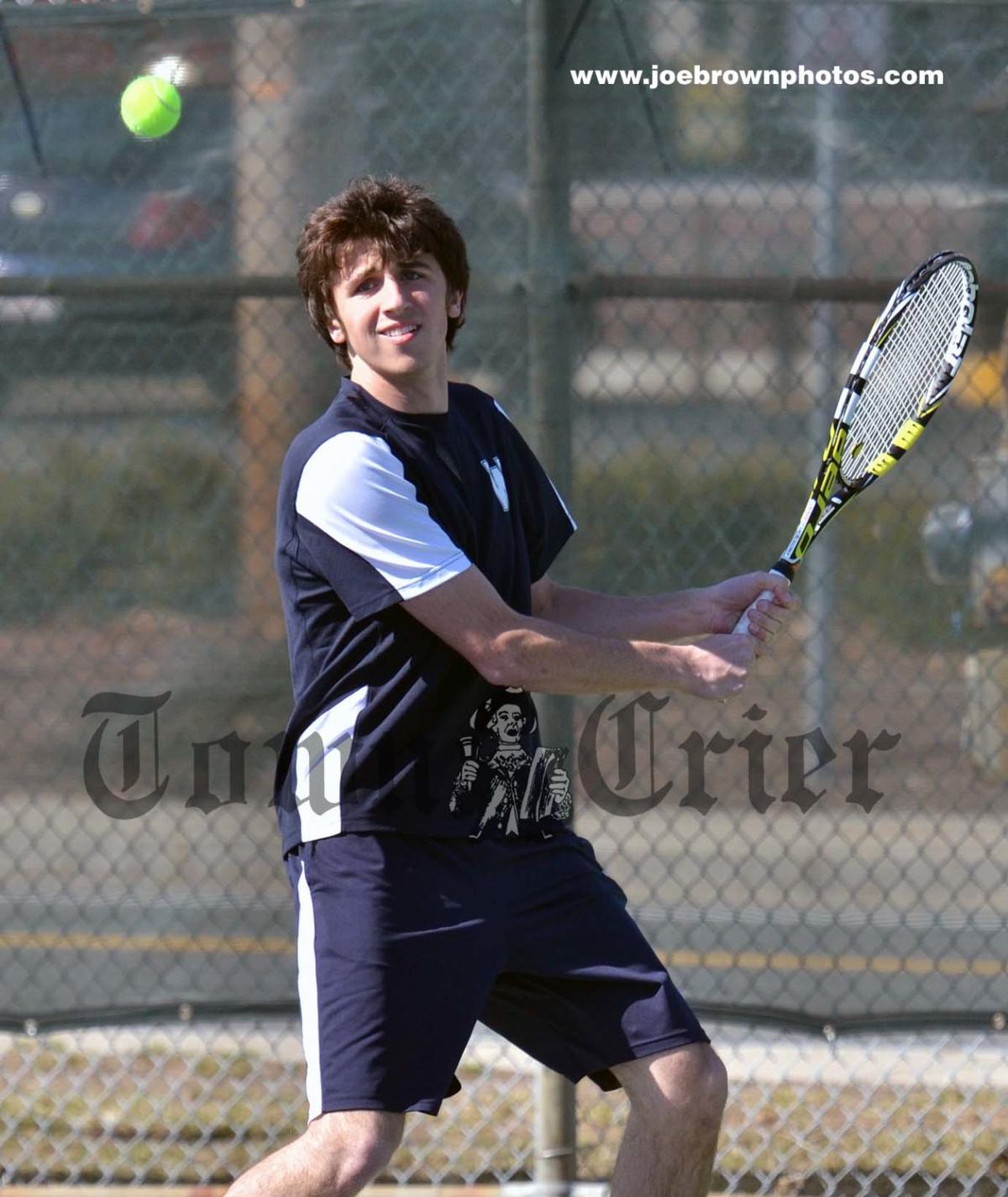 Making one of the spots for the WHS All-Decade Girls Tennis team is Lia Kourkoutas, who excelled as a singles player. (photo by joebrownphotos.com).

WILMINGTON – In assessing the performance of the Wilmington High Girls Tennis team over the past decade, it is almost just as important to look ahead as it is to look back.

After struggling to a 22-96 record over the first seven years of the decade, the past three have shown a dramatic improvement, with the Wildcats qualifying for the state tournament each of the past three seasons, while posting a 34-20 overall record.

The decade started under the direction of Kevin Welch, who led the Wildcats to a 14-52 record from 2010-2014, before current coach Matt Hackett took over prior to the 2015 season.

Hackett and the Wildcats were 4-32 over his first two seasons has head coach before turning things around in 2017 when they earned their first tournament berth since 2009 with a regular season record of 11-6 before picking up the first post season win in program history when they topped North Andover in the first round of the Division 2 North Sectional Tournament.

Emily Hill – Unquestionably the No. 1 one player of the decade for the Wildcats. The reigning Wilmington Town Crier Female Athlete of the Year posted a school record 37 wins during her career, playing against some brutal competition in the Middlesex League, while playing first singles for all four years of her career before graduating in 2019.

Lia Kourkoutas – If not for the presence of Hill, would have a great claim to the number one player of decade. Another Class of 2019 graduate, Kourkoutas won 34 matches during her career, including a perfect 10-0 mark during her senior season of 2019.

Kourkoutas won 180 games and 28 sets this past season playing in the number two singles slot, where she played for the past two seasons after playing third singles as a sophomore.

While in the No. 3 three slot as a sophomore, Kourkoutas dominated the competition, winning 11 matches, 172 games and 23 sets, while also picking up a win in the state tournament victory over North Andover, routing her opponent by a score of 6-0, 6-2.

Carolyn Roney – With the graduation of Hill and Kourkoutas, Roney looked poised to move up to the number one singles slot as a senior this season. She of course missed out on the opportunity with the cancellation of the spring season, but she still leaves the program having put up some tremendous numbers while playing No. 3 three singles as a sophomore and a junior after playing doubles in her freshman season.

Christina Wright and Lauren Field – Wright, a 2017 graduate, and Field who was part of the Class of 2018, paired up to earn some huge wins at second doubles for the Wildcats on their way to the state tournament in 2017. They continued their strong play in the tournament, rolling to a 6-3, 6-2 victory as part of the win over North Andover.

Jessica D’Arco and Krista Brown – D’Arco, a member of the Class of 2019, and Brown, who graduated in 2018, spent two years together as a doubles combination, first at second doubles and then at first doubles, helping to lead the Wildcats to a pair of tournament berths.

The duo went 8-2 in the Middlesex League in 2018, winning ten matches overall that season to go along with 132 games and 20 sets.

It was a decade of near misses for the Wilmington High Boys Tennis team, as they came up one win short of earning a post season berth three years in a row from 2012-2014 before finally earning that elusive trip to the tournament in 2015 with 9-9 record, the program’s first post season berth since 2002.

The Wildcats returned to the post season in 2019 under the Sullivan Rule when they posted a 6-12 overall record, but had a winning record against Division 2 opponents.

Overall, coach Rob Mailey and the Wildcats posted a 66-106 record during the course of the decade, going 0-2 in the post season, including a hard fought 3-2 loss to Gloucester back in 2015.

Much like the Girls team, the best days appear to be still on the horizon for the Boys squad, with up and coming talents like Anay and Anuj Gandhi among others leading the way. But first, a look back at this past decade.

Robbie Mailey – Mailey combined with Wright to form a formidable duo atop the Wildcats roster for three years, playing second singles from 2013-15 after playing at third singles in his freshman season. He joined Wright as a co-captain in his senior season, giving the Wildcats a pair of great leaders at the top of their lineup.

Evan Meyers – Meyers played some doubles for the Wildcats during his freshman season, but he really burst onto the scene as a sophomore in 2015 while playing third singles on the way to a state tournament berth.

His relative youth did not hold him back in the post season, as he picked up a dominating 6-2, 6-2 win over Gloucester.

Meyers took over as the Wildcats number one singles player during his junior and senior seasons, narrowly missing out on another post season berth in his junior year when the Wildcats went 8-10.

Justin Wright – Wright, who graduated in 2015 was a three-year starter as the Wildcats No. 1 one singles player after playing No. 2 two singles as a freshman. As a senior captain he played a huge role in leading the Wildcats to the Division 2 North Tournament in 2015, and then played very well once there, picking up a 7-6, 6-4 win over Gloucester.

Quinton Foley and Mike Gake – Both members of the Class of 2016, the duo’s best year probably came in 2015, when they helped lead the Wildcats to the post season while playing second doubles.

They also played very well in the tournament, competing very well against a more experienced Gloucester team before dropping a 2-6, 6-2, 6-2 decision.

The duo had also had fine season as sophomores in 2014, before each moved up to play singles during their senior seasons, while serving as the team’s co-captains.

Mike Marcinkowki and William Reynolds – As seniors in 2015, the duo had a great season at first doubles, winning several key matches to help the Wildcats earn a post season berth. Much like Foley and Gake at second doubles, they played very well in the post season despite losing a heartbreaker to their opponents from Gloucester by a score of 3-6, 7-6, 6-3.

This concludes the spring season, so next week the Town Crier will start the fall season with boys and girls soccer.