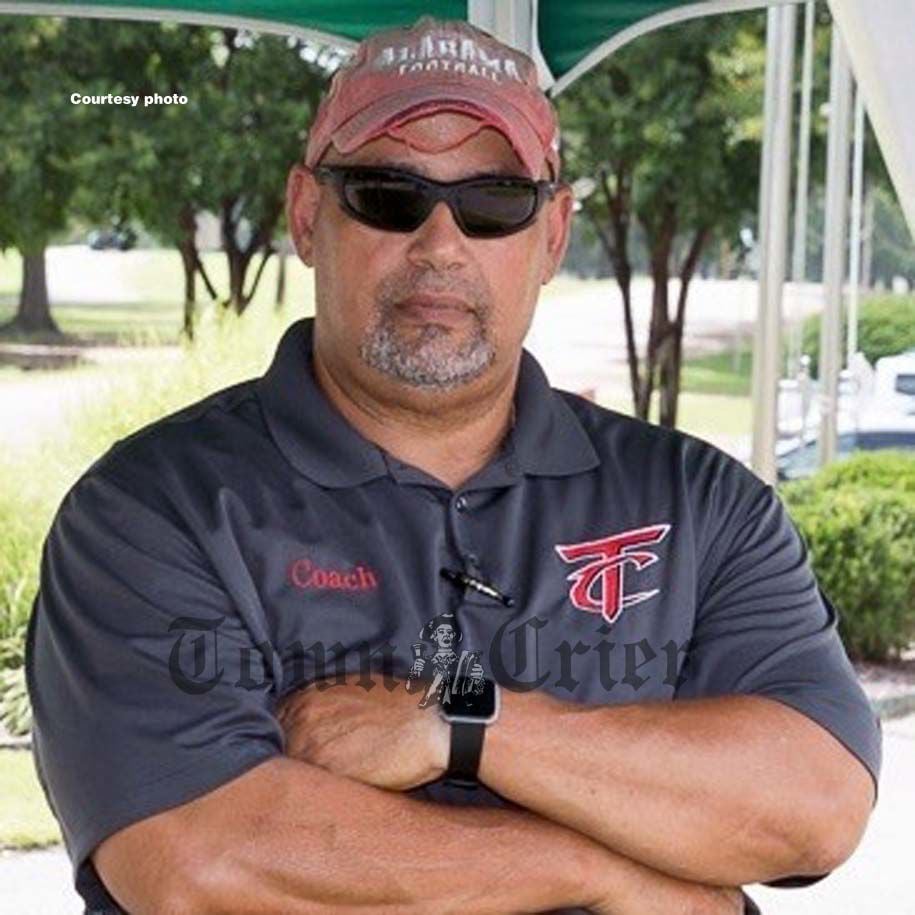 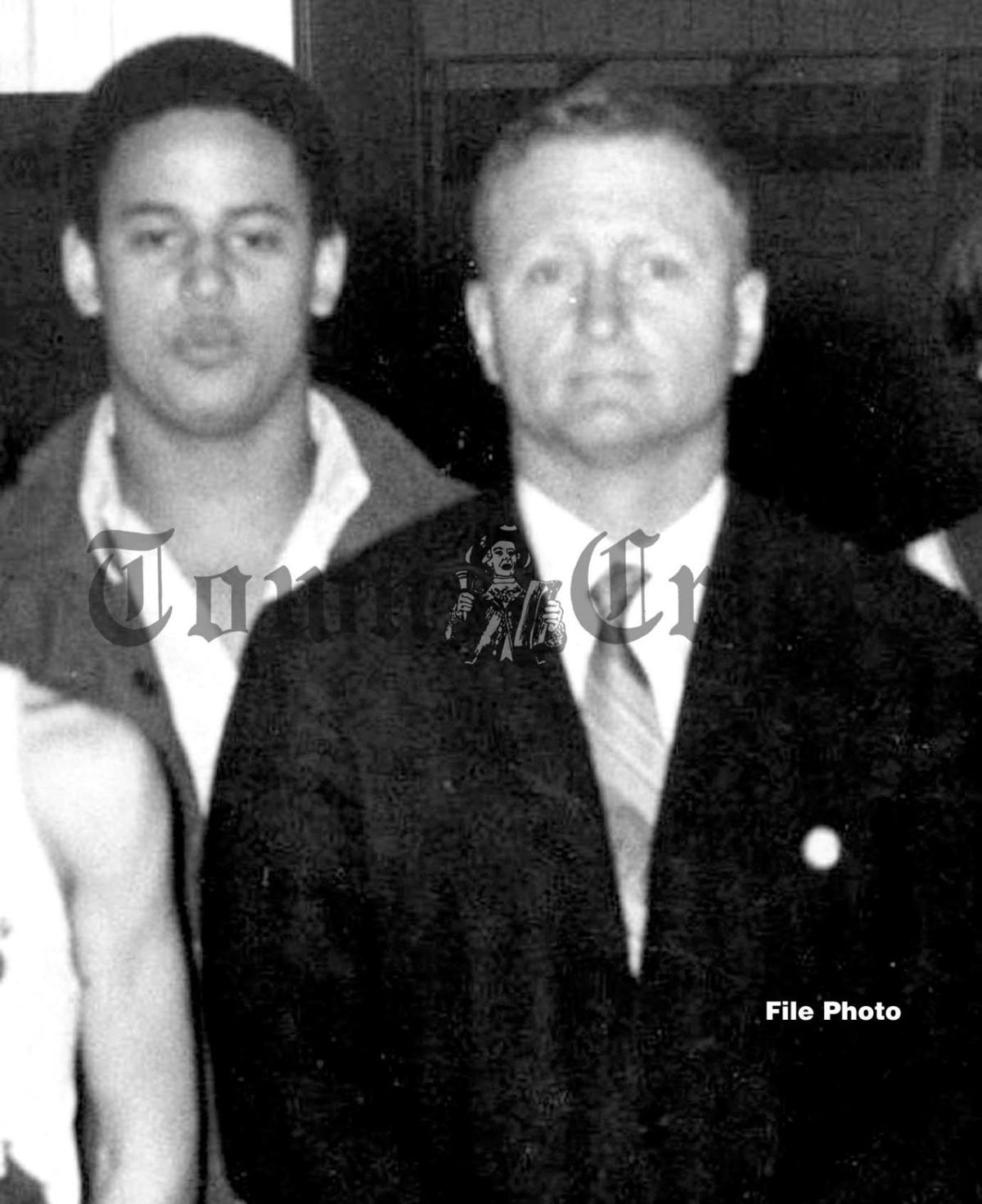 Bob Reid is a big man with an even bigger heart. The former Wilmington High School record-setting shot put and discus thrower is living a long way from his Wildcat track and football roots these days, but the 63-year-old Reid is living proof that the work ethic, compassion and empathy provided from coaches like the great Frank Kelley and Fred Bellissimo have gone a long way in helping him to provide for the critical front-line responders around the world from his home in Millington, Tennessee.

Reid was a motivational force for his track mates at Wilmington High School in the championship season of 1974, and he has carried that can-do attitude with him many years later with his work in materials procurement and facilities organization for Ingram Micro, a company based out of Irvine, California. Bob has worked for the company since 1998 while also finding time to coach football at Brighton Middle School. A fourth-year assistant coach, Reid is a very busy man, and he wouldn’t have it any other way- even during a pandemic when we all sometimes can’t quite figure out just what the future holds.

Speaking with Reid for just five minutes leaves the listener with no doubt that eventually we will come out of these tough times with championship aspirations thanks to the leadership efforts by people like Reid.

Reid’s Facebook page is dotted with various inspirational mantras like “Integrity is choosing your actions based on values rather that personal gain”; “If at first you don’t succeed, try doing what your coach told you to do the first time” and finally, a memorable quote from legendary Olympic champion Jesse Owens: “Winning takes desire, determination and self-sacrifice.” It’s not surprising that Bob Reid very much practices what he preaches. If you are searching for a man who not only talks the talk, but walks the walk, you’ve found that man in Reid. And he’s not easy to miss. Bob is just a few pounds over his high school playing weight of 265 pounds. The man has a physical presence.

And if you are looking for a success story to inspire any young person, Reid is fine example to look up to for sure. His company Ingram Micro is the largest provider of computer and technology products and services in the world. Ingram Micro is in 64 countries and on six continents and has 33,000 associates worldwide with 50 billion dollars in revenue. Reid’s job title of Senior Manager for the United States and Canada/Strategic Sourcing is impressive in itself. It’s plain to see that Reid not only is self-motivated, but able to motivate and manage others as well. On this day Reid takes some time to discuss the where’s and why’s of life way before and after the beginning of a pandemic.

“I’m an essential worker outside of the medical profession buying PPE to support 20,000 of my co-workers around the world,” offered Reid before launching into another busy daily schedule. “We are in Phase One here with places like barbershops and hair salons allowed to open. I still follow what’s happening up north. There have been small gatherings of protesters here. Coming down here years ago after living in Manchester, New Hampshire took some getting used to. The temperature sometimes get to 100 degrees.”

Reid hopes to begin coaching football again in July, with the school year in Tennessee looking to start sometime in August.

“We are hoping to have ten kids per coaching work group. “It’s going to be challenging,” says Reid.

Bob traces his love of teaching and motivating young people back to his days when he struggled to learn the fine art of shot putting under the tutelage of Kelley, who was a well-known master instructor in field events. And like his track mentor, Reid has never stopped learning how to better himself as a coach.

“I am a certified by USA Football as a youth football coach. That program has a huge backing by the NFL and by the National Federation of State High School Football Coaches.”

So motivation isn’t just some word that Reid throws around lightly to pad his resume. Bob wants to be the best football coach that he can possibly be, and his fulltime job reflects just that with the very large responsibilities involved. And it all began at Wilmington High School circa 1970.

“I was a chubby kid learning how to throw the shot put who was horrible at it,” remembers Reid. “I tried to quit at least three times, but Mr. Kelley wouldn’t let me. Mr. Kelley was a person who believed in me and my abilities when I was unsure if I could believe in myself to even accomplish the task of throwing the shot put.”

“As a freshman I went out for track not having a clue what I was doing and looking up to an upper classman like Carl Cotter, who was an outstanding shot putter and discus thrower for Wilmington. I was really discouraged and struggling to figure out the shot put until Mr. Kelley put his hand on my shoulder and said ‘Bobby, do the best that you can, come to practice every day, and before you know it things will start making sense and you will get better.”

Reid knew right then and there that he was indeed going to get better at throwing the shot put.

“No one called me Bobby but my mother.” Reid chuckles as he fondly recalls how Kelley gently took him under his wing with all the patience and understanding that a young athlete needs.

“In my freshman year I was in the low 30-foot range and never placed in any meets,” says Reid. “Mr. Kelley still found the time each week to encourage me. Flash forward to my senior year when I broke the Wilmington indoor shot put record and was part of the spring track championship team that went on to defeat the reigning champion Andover.”

A ‘BIG MAN’ RACE TO REMEMBER

There is a story of semi-legendary status that has floated around Wilmington for years, and multiple people — including the participants — have confirmed that it’s real. Before Wilmington defeated the reigning champion Andover on the Golden Warriors’ track Coach Kelley decided that it was OK to continue a tradition of sorts. It was something called the “big man’s race.” It almost cost the Wildcats dearly. It also was the last time that the race was ever run.

“In spring track it was the shot putters and sometimes the discus throwers who usually were the big guys on the track team,” remembers Reid. “We would scurry around the 220 of the track as fast as we could, which I’m sure was amusing for everyone watching, as we all thought that we were really moving.

“I always enjoyed these races, as it gave us big guys a chance to showcase our speed. I remember that it was a nice day, and I was doing OK until I heard a pop in my hamstring and I could barely move or walk. The back of my leg had already started to bruise by the time Mr. Kelley got to me. The look on his face told the story for me. It was bad. The points that I could get in that meet were now in real jeopardy. I did get some good news. Between atomic balm and a wrap I was able to compete in my two events. Mr. Kelley said after that — no more big man races!”

RAISING A FAMILY IN TENNESSEE

“After high school I went to Berwick Academy in Maine that had a post-graduate education and a football program which gave me a year to work on my grades and a chance to play football,” remembers Reid. “I played offensive tackle in high school and defensive end/tackle at Berwick. I did well, and I was offered some non-scholarships to play football in Maryland and Tennessee and a few Division Three schools. I chose Fordham University in Brooklyn, New York and started there at defensive tackle and end.”

“Health issues with my dad brought me back home to Massachusetts, and I transferred to Northeastern with thoughts of playing football and competing in track, but those thoughts were put aside when my dad’s health continued to deteriorate. After leaving school I spent some time working for Compugraphic and a few other companies before settling into a materials management role with Honeywell in Lexington.”

Coming from a family of five that included brothers John and David along with sisters Karen and Janette, it’s no surprise that Bob decided that he wanted to raise another generation of Reids that would carry the mantle of success and self-motivation. Reid and Kathy, his wife of 28 years, saw their daughters Kolbie and Rachelle graduate from the UT at Martin in 2018. Bob also has daughters Danielle, Brittany and Taylor from a previous marriage.

Reid’s parents Dorothy and John are looking down on their son today and watching over him and his family, there is no doubt about that. Dorothy was an occupational health nurse who according to her son always made plenty of time for her family. John was a proud retired Navy man who spent many hours taking photos at Bob’s track events. John Reid and Hugh Wiberg were always around taking photos of Bob, and much of their sports action photography appeared in local newspapers.