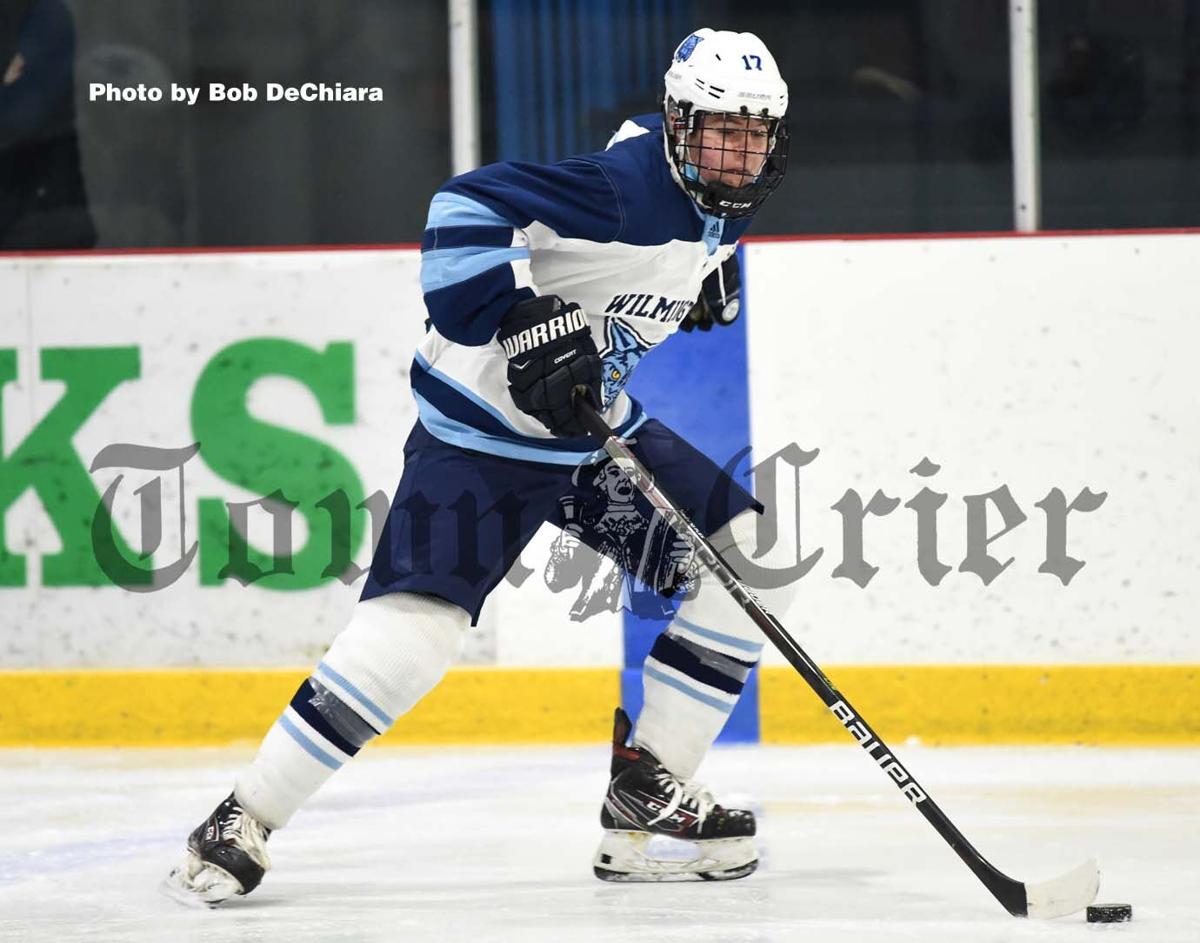 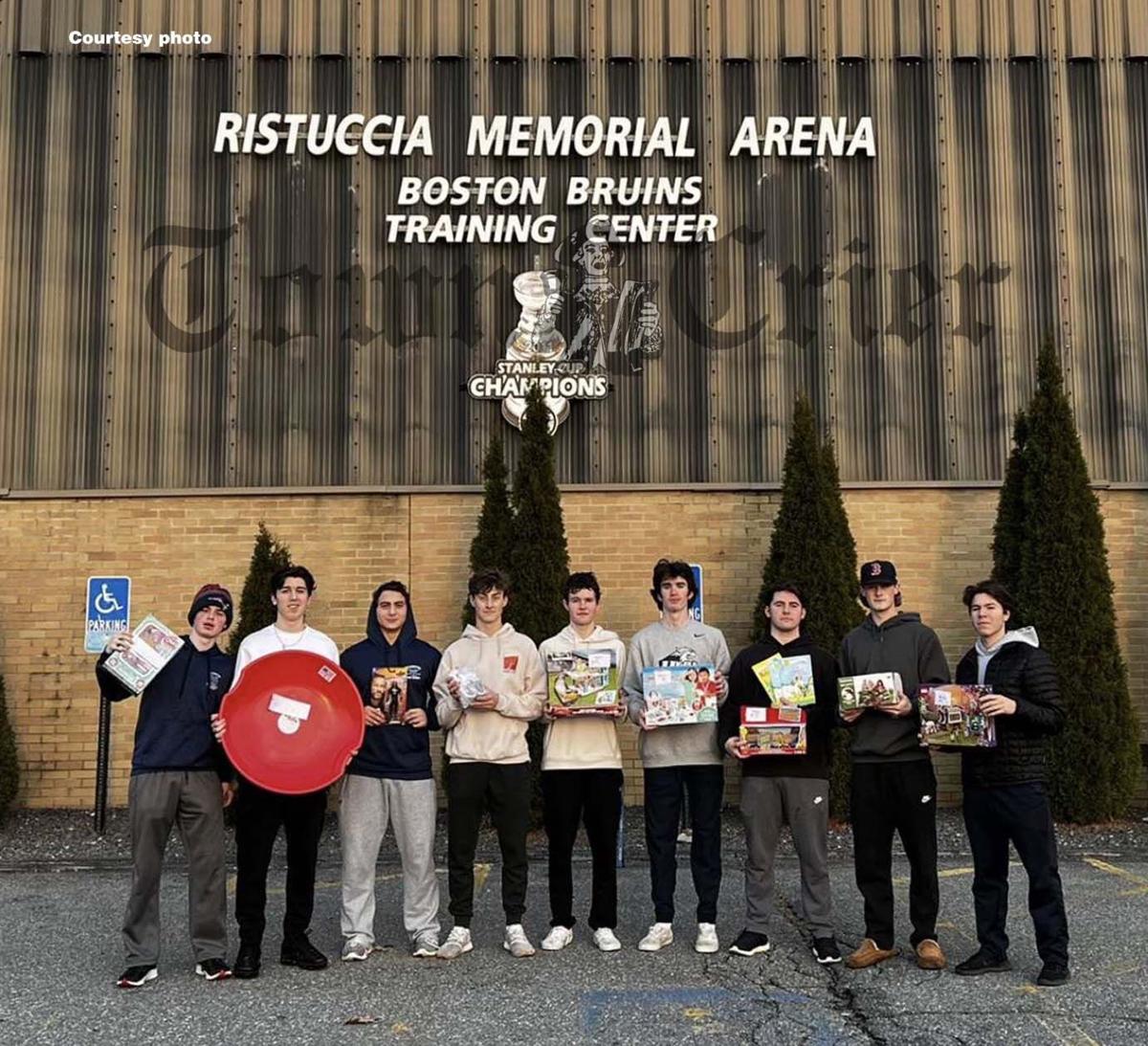 WILMINGTON – In last week's season preview, Wilmington High Boys Hockey coach Steve Scanlon mentioned the difficulty that the Wildcats would have opening this season (and every season) against three of the top teams from the Middlesex League's Liberty Division with Reading, Winchester and Arlington. He said that no matter how well you play, most likely you could still lose by three goals because those teams are just too big, too fast and too deep for the likes of Wilmington – and any smaller sized school.

Well his assertion was right on target. Last Wednesday before a crowd of 1,000 at Ristuccia Arena, an extremely fast and talented Reading team came away with a 5-2 win and then on Saturday, also at home, the 'Cats came back from a three goal deficit to score two goals, only to fall to Winchester, 4-2.

In the loss to the Sachems, the 'Cats for the most part played very well, with the exception of costly turnovers.

"Turnovers and odd-man rushes (were the difference). Three of the goals came off turnovers and then the killer (goal) was the short-handed one coming on an odd-man rush," said Scanlon. "You send kids in on a 2-on-1 (and they should score). (Liam Crowley) played great in the net. That flash pad stop was terrific. He made two of those the other night against Reading and in that game, they just poured it on. He played absolutely incredible. They outshot us 50-10 and today we had 21-10."

Crowley was absolutely sensational in the loss to Reading, and he was equally as good on Saturday, just with half of the shots. He made two big saves in the first period, both off turnovers, the first flopping down and stopping one off the shoulder, and the second, also down low, coming late in the stanza.

Right before he made that second save, Winchester was able to get on the board as Michael Cashell had the puck in the right hand corner and passed it out to a wide open Max Tong down in the low slot. He retrieved the pass, held the puck for a moment or two before rifling a shot to the top corner over the blocker side.

"We had no one back (in their right defensive zone spots) and the kid was all alone in front of the net," said Scanlon. "You can put most kids in the league in that situation and they're going to score."

Winchester went up 2-0 just 3:30 into the second period. Off another turnover, this one coming in the Sachems end, and Shaan Porecha skated the length of the ice down the right hand boards before going upstairs for the tally.

Then less than four minutes later, Liam Doherty picked up a loose puck and sent a pass ahead to Shaan Porecha who scored on a nice intight move on his forehand to make it 3-0.

Wilmington didn't fold. Just 75 seconds later, Mike Daniels and Brian Barry pushed the puck ahead to Nate Aliberti, who skated into the Winchester zone along the right wing boards. As he approached the right hand circle, he unleashed a hard shot to the far left side, just inside the post to make it 3-1.

Later on in the period, the 'Cats were called for a penalty and during the kill, Tristan DiMeco had a good bid as he came down the right boards and took a shot which first went off the goalie's glove, before tapping off the top crossbar. To no avail, the 'Cats trailed 3-1 after two periods, despite being outshot by a 2-to-1 margin.

Just 2:18 into the third, the 'Cats cut the deficit to a goal as defenseman Owen White did a nice job of keeping the puck inside the Winchester blue line. It then went to the left side to Nate Packer, who slide the puck across to the far post and Will Alworth was there to poke it home to suddenly make it a game.

A few seconds after that goal, Crowley came up with a big save on Porecha, and then with 7:17 left, the 'Cats had a golden chance to tie it up as they went on a power play, but instead the Sachems' Tong scored the short-handed tally on a nice back-and-forth exchange with Cashell as they stormed into the 'Cats end on a 2-on-1 break.

Crowley made three more saves, all in consecutive fashion later on in the period. The 'Cats never were able to gain possession of the puck in the Sachems end during the final 90 seconds or so, and couldn't pull Crowley for the extra skater.

"We did a good job of fighting back today. This week we had a lot of guys make their first varsity start and Wednesday night, we had a lot of deer in the headlights looks especially facing that kind of speed (from Reading). That was the fastest Reading team I've seen since they had the Tobin kid. Reading has the incredible speed, but they also have some size. They were very, very good," said Scanlon.

Wilmington faced the third of the Big Three on Wednesday with Arlington and results weren't known as of presstime. On Monday, they will travel to Haverhill and take part in the annual Christmas Tournament with a match-up against North Andover for a 5:00 pm start. They will then play either Timberlane or Winnacunnet, both New Hampshire programs, on Wednesday.