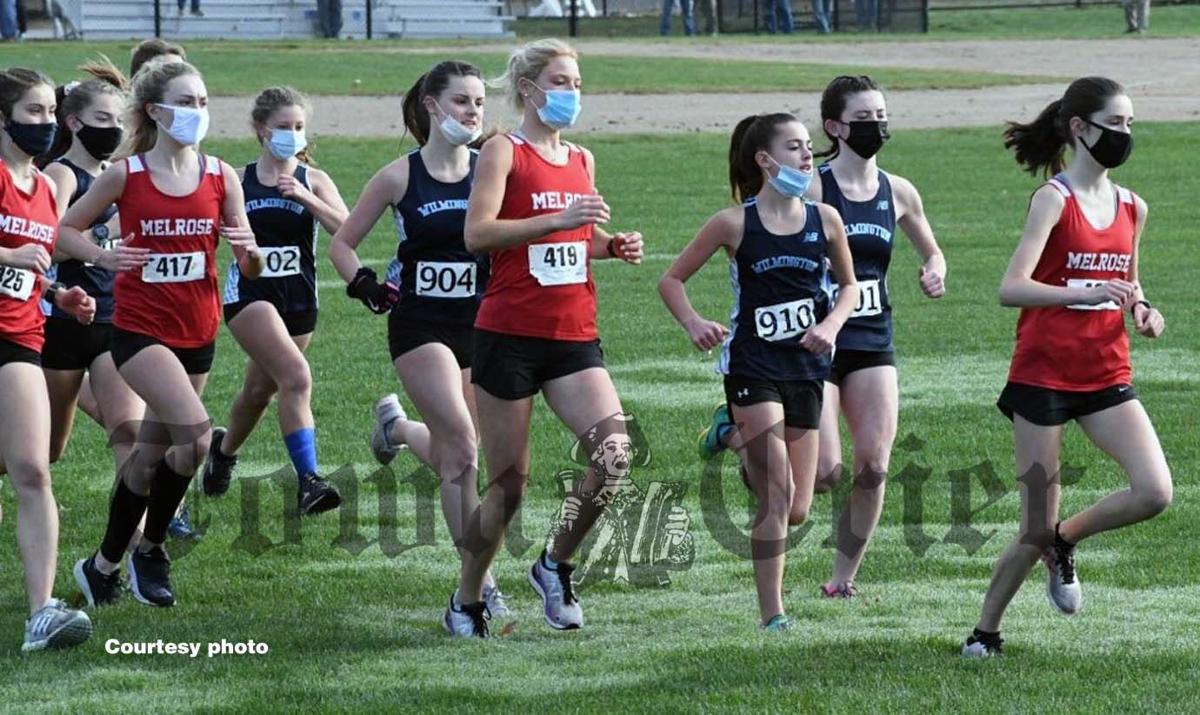 The WHS Girls’ Cross-Country team finished the season with a 3-1 record, losing only to Melrose on Saturday. (courtesy photo/Amanda Stasiowski). 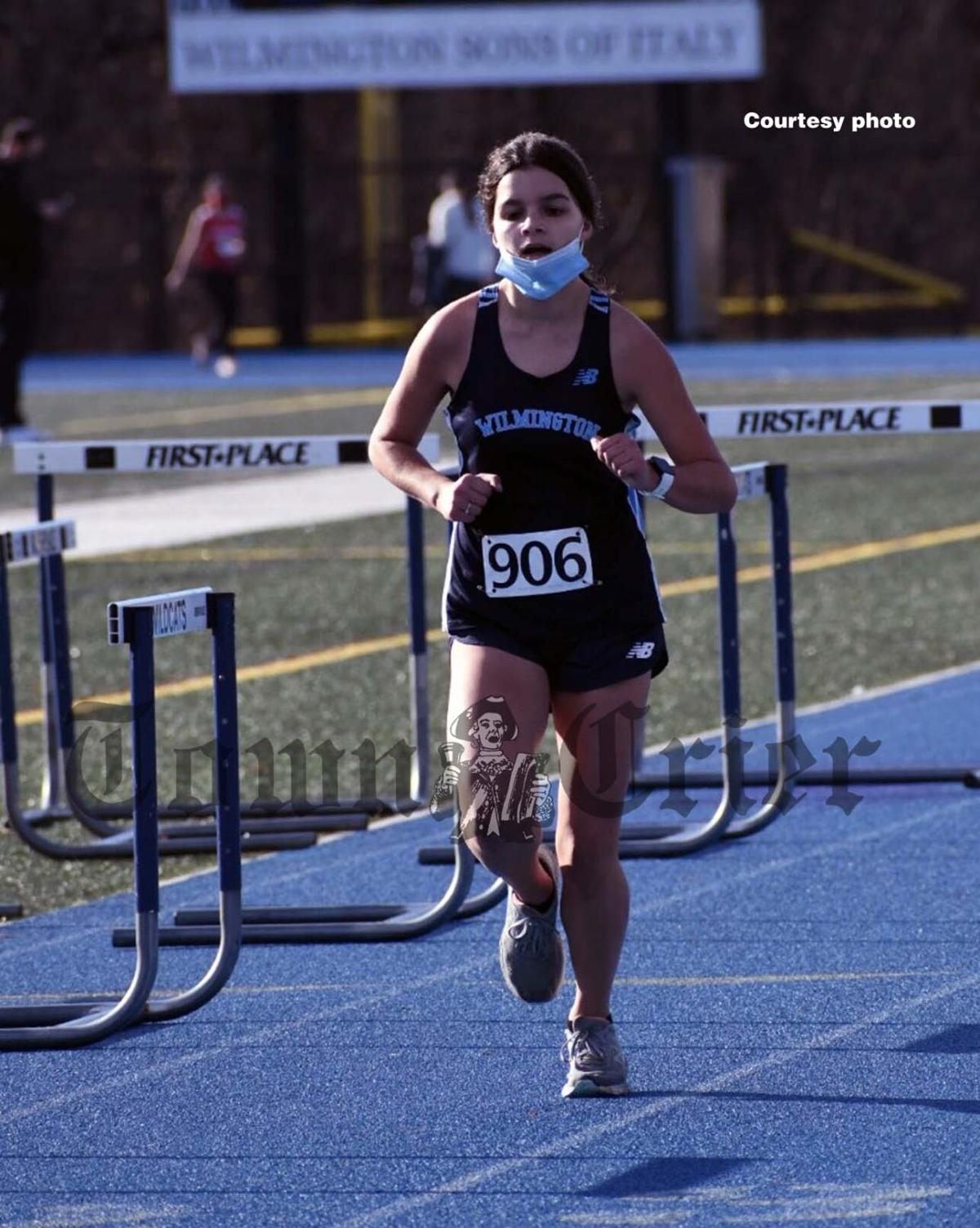 The WHS Girls’ Cross-Country team finished the season with a 3-1 record, losing only to Melrose on Saturday. (courtesy photo/Amanda Stasiowski).

WILMINGTON – The last time the Wilmington High School girls' cross-country program finished the regular season was 2012. That year the Wildcats finished 4-3 and were led by a freshman sensation named Callie O'Connell, who was fourth in the league and eighth in the Eastern Mass Division 4 Meet.

Now eight years later, the 'Cats erased seven straight years of sub .500 records (combined record of 9-36) with a 17-44 win over Watertown last Wednesday, followed by a 23-36 loss to Melrose on Saturday. The 1-1 week ends the team's season at 3-1 with wins over Burlington, Stoneham and Watertown and the lone loss to Melrose. Wilmington and Wakefield's meet was cancelled.

"Overall it is our first winning season in a long time," said head coach Brian Schell. "Given everything this season has brought on it was great to at least have gotten these races in. The seniors got that one last chance and the younger kids got a glimpse of their first. As long as this young group works hard all year especially during the off-season, the future looks bright."

In the win over Watertown, Wilmington's first three runners all came across the finish line at the same time. Addyson Hunt, Katie McLaughlin and Olivia Erler finished the 2.7 mile course with the exact time of 20:05. Hannah Bryson was fifth at 21:22, followed by Angie Zaykovskaya and Ellianna Chronopoulos who were tied for sixth at 22:00. Coming in behind them included Sofia Pitzen (10th at 23:23), Carissa Rubin and Mia Stryhalaleck were tied for 11th at 24:10 and Talina Khalil was 15th at 28:03.

"It was a great group race and pack running for most of it at a great tempo pace," said Schell.

In the loss to Melrose, Wilmington had a terrific race, losing to the reigning league champs by just 13 points. Eighth grader Addyson Hunt again led the way, taking second overall, while she beat her own course record time of 20:00.

"This was by far her best race she has ever had to this day. The whole race played out well sitting back on their top two runners. With a strong last mile she managed to push and outkick their number two just nearly missing the top girl by twenty seconds. She ran this race perfectly and looked solid the entire time."

"Hannah ran a gutsy race and put it all on the line out there like everyone else," said the coach. "She got out strong as I teach with everyone and she held on tough the whole race. She went after their group of fourth, fifth and sixth runners and did not lose much ground. Even though she got out kicked the last 200-meters of the race by their seventh runner, her overall time was a huge ninety second personal record. Like the others, I could not have asked for a better effort and she crushed it."

"Even though she was not a factor in scoring, she too ran a solid race," said Schell. "With nothing to lose she too went after it early and ran as a nice pack with Ellianna, Sofia and Carissa. She managed to hang on to them the entire race and gain a two minute personal record for her efforts."

Rounding out the competitors included Angie Zaykovskaya who was 21st at 25:34 and Talina Khalil who was 22nd at 26:56.

"Melrose were Freedom league champs and second place overall at the Eastern Mass Divisional Meet last season so we knew they had a strong team overall,” said Schell. “I told the girls it would take at least forty seconds faster from everyone's current best times if we wanted any chance of beating them. In the end, many did just that and had some massive personal records on the day but unfortunately it just was not enough. Everyone we compete against, we seem to bring the best out of and they all too ran their best times.

“Technically this meet came down to being league champs. Had we won, we would be 4-0 on the season even though we did not face Wakefield. Had we lost to Wakefield, the three teams would have shared the title. Either way such was not the case against a strong Melrose team, but the girls gave a phenomenal effort and I couldn't have asked for more.”