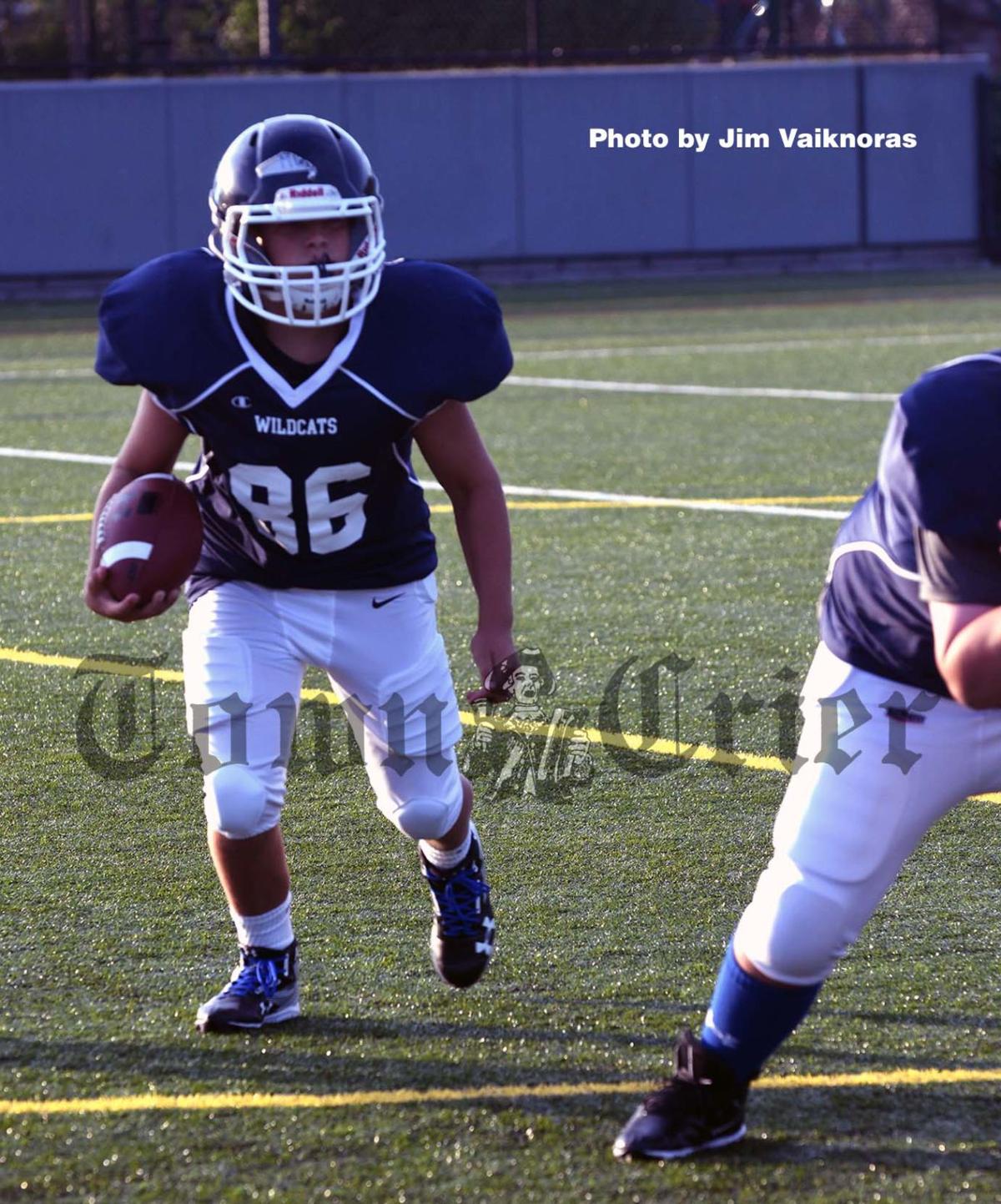 A handful of players participate in a drill during last Thursday night’s practice held at the Yentile Field Complex.

A handful of players participate in a drill during last Thursday night’s practice held at the Yentile Field Complex.

WILMINGTON — After a stellar first year as a program, Wildcat Middle School Football is primed and ready to go in year two.

Last year’s Varsity squad finished the year with record of 6-2 while the JV team posted a 4-2 record.

The stats from last year’s team also indicate the team’s success. The varsity team’s offense put up a whopping 215 total points over the course of an eight game schedule and the defense only gave up 98 total points on their side of the ball, which is astonishingly low.

“[It was] great football last year, they always lost to the same two teams, but it was great football,” said coach Shawn Maguire.

Maguire has taken over the reigns of the middle school program after Joe McCauley started it from scratch last year. McCauley moved on to become the Wilmington Pop Warner President. Maguire has 31 years of experience as a football coach, spending about a quarter of a century as the Burlington High School Varsity Coach, while he’s been involved with WPW for the past six years. During that time, he has coached or followed most of the current middle school players flourish through the system.

“It’s a great group for parents to come out and see, it’s the future right here, so it’ll be fun,” Maguire said.

This year, there’s 45 players involved with the Middle School program, which is ten more than last year. The team will be sporting a new look this year, as well, with new helmets and new uniforms through Riddell, a nationally known sporting equipment company.

Of the 45 players, 25 of them are eighth graders, who will lead the team onto the field when the season kicks off in September. Maguire is excited with the opportunity of getting the players ready for the entire season.

“[You are] facing kids of different sizes, shapes, and speeds, so just mentally being ready [is key],” he said.

He went on to say that he doesn’t want them to isolate themselves from the sixth and seventh graders.

“It’s one of things I focus on right away, how we become a team, and not just be separate grades,” he added.

Players have not been assigned to a Varsity and JV team yet, but this year’s WMS team is a family nonetheless.