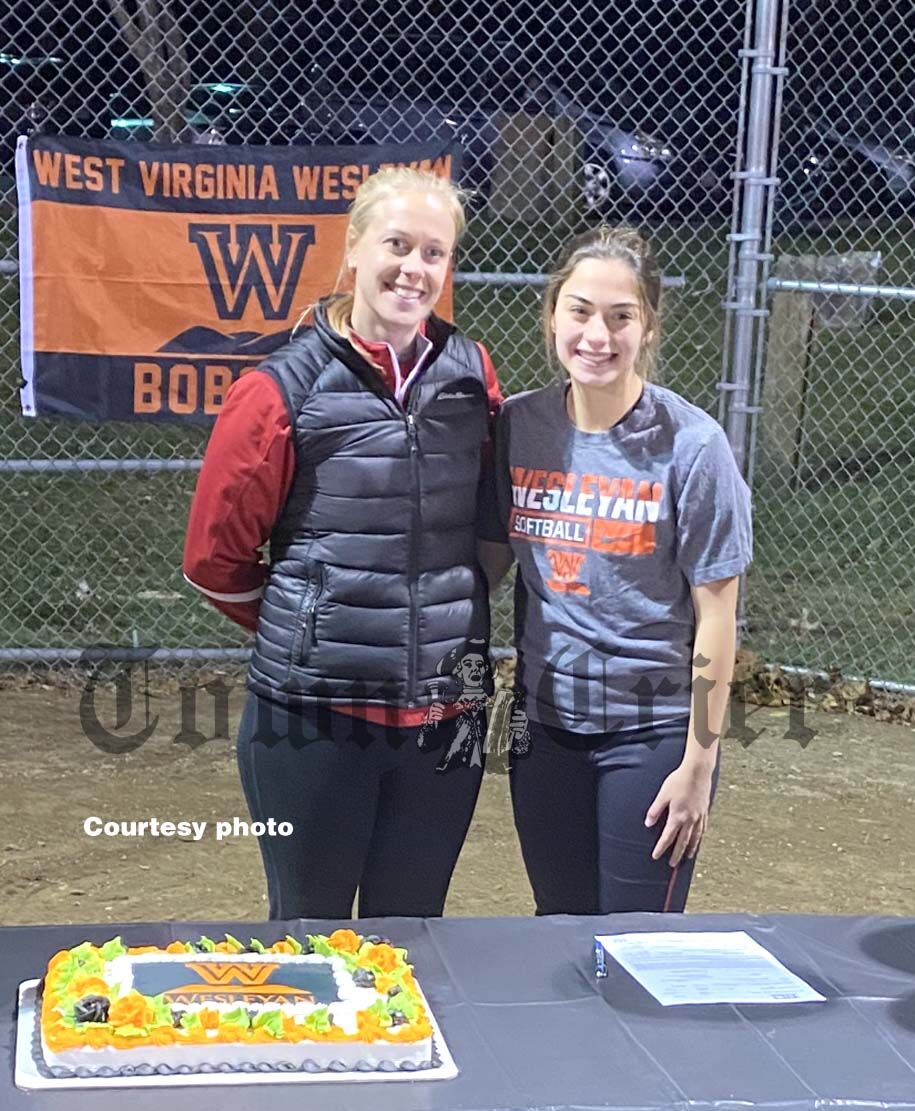 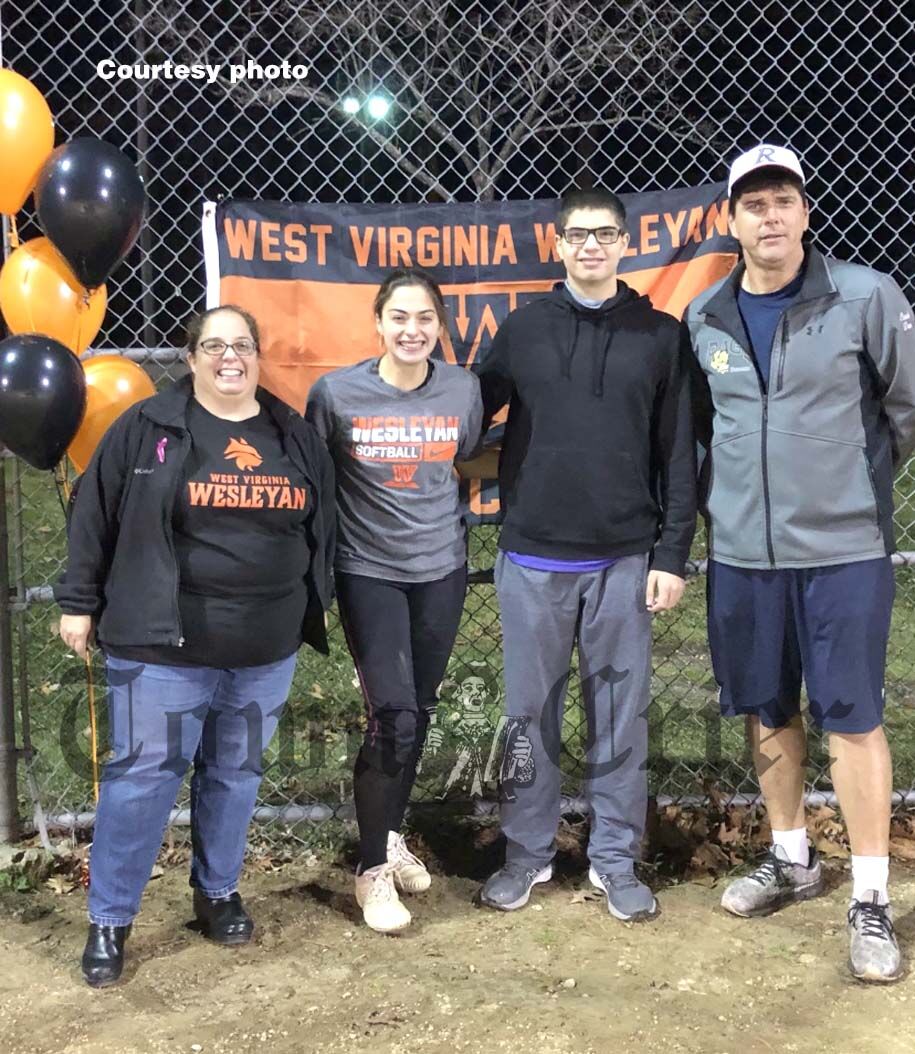 WILMINGTON – When it came time to make a choice where to continue her academic and athletic career, Shawsheen Tech senior pitcher Sandra Watne had plenty of great options.

After a great career so far at Shawsheen, as well as making her mark with several area club softball teams, the Wilmington native had attracted the attention of numerous colleges that she really liked, making her college decision a very fun, but also a very difficult choice.

So, Watne figured out a way to solve this quandary. She put the names of her top five schools into a hat, and took her chances. And lo and behold, when she reached in to make her choice, out came Division 2 West Virginia Wesleyan University.

Truth be told, while Watne would never admit it, it wouldn’t be a surprise if she might have peaked into the hat just a little. After all, as much as she loved all of the colleges she was considering, including Pace University and American International College, West Virginia Wesleyan always held a special place in her heart. And now that the decision has been made, she couldn’t be happier to be a Bobcat for the next four years.

“It was really hard to pick a school. I had pros and cons for each of them, and I kept switching back and forth, but whenever I was narrowing it down, West Virginia was always in my top two,” Watne said. “I had visited the campus twice, and it really felt like home. The others did as well, but with West Virginia, it was even more so.

“I went there once and toured the school, and then I went back and did a Prospect Camp, and got to work out with the team, and they were all so great and so welcoming.”

Watne was drawn to the school not only by their outstanding Exercise Science program, but also by a softball program that has established quite a winning tradition under the direction of long time coach Steve Warner, who has won 1,095 games in his 29 years as head coach of the Bobcats, ranking him fifth all-time nationally among active Division 2 coaches.

The Bobcats have had a long history of success, including going 20-13 in 2021, and advancing to the NCAA Division 2 World Series as recently as 2017 when the Bobcats finished third in the nation.

“It is a very competitive program, and they have a JV and a varsity, so either way I will get some playing time,” Watne said. “And the coach has been there for a while and he was great too, so that is nice as well.”

As excited as Watne is to get to West Virginia, they should be just as excited to welcome her as well. As a junior with Shawsheen in 2021, Watne was a star in the circle and at the plate for the Rams. She batted .371 on the season with a .459 On-Base-Percentage, while slugging at a .457 clip. Those numbers put her second on the Rams in batting average, and tied for 2nd in slugging percentage. In 95 plate appearances in her career she has also only struck out four times

But it was as a pitcher where she really made her mark, posting a 2.93 ERA, while striking out 48 batters in 43 innings pitched, earning CAC All-Star honors.

Her junior season was all the more impressive considering she, like every other spring athlete, missed out on her 2020 season due to COVID-19. But she did not let that stop her from working on her game, including playing with the Salisbury Rage, under the direction of coach Claire Roll. Over the years, he has also played for the Northeast Hurricanes, as well as the Eastern Mass Panthers to help hone her skills.

“Playing for those teams has definitely helped,” Watne said. “I played during the summer and played in a lot of tournaments and it definitely helps you get prepped for the high school season.”

Of course, college softball will take things to an entirely new level for Watne. While she still has another season of softball coming up this spring at Shawsheen, she is eager to see how she matches up with some of the best players in the country at the Division 2 level.

“I feel like the competition will be very different, at least partially because up here in the Northeast we have such a short season, whereas in other parts of the country they can start a lot earlier than we do,” Watne said. “And I know that everyone who is playing in college was one of the best players on their high school team, and they will all take the game seriously because they want to be there. It will be a big challenge, but I am looking forward to it.”

It will definitely be a step up for Watne, but Shawsheen coach Scott Ialuna, who has seen Watne improve dramatically since her freshman season when she posted a 5.99 ERA, feels like she will be able to make a smooth transition to the college game, just as she adjusted to the high school level after being pressed into action as just a freshman.

“When Sandra was a freshman, both of our starting pitchers got injured, so Sandra got a lot of playing time, along with Kayla Mirisola, and that experience definitely helped them,” Ialuna said. “You could see the improvement in her junior year, with the increased velocity of her pitches, and that is a testament to her hard work

“I can definitely see her adapting well to the college game. She has the right mind set and the right talent to succeed, especially at that school. It is a very good program and she will do very well.

Watne has already shown her ability to compete with the best level of competition at the high school level, as evidenced by her performance this past season against CAC rival Whittier, who was undefeated until losing 4-3 in extra innings in the Division 3 North quarterfinals to eventual finalist Tewksbury. Prior to Tewksbury, Watne gave the Wildcats two of their biggest tests of the season.

“Sandra struck out 20 batters and only allowed a few hits in the two games against Whittier,” Ialuna said. “They have a very good offense, and she pitched very well against them.”

One of the more difficult parts of the transition to college for Watne will be leaving her family, who have been such a great source of support for her. Watne has earned many fans during her career at Shawsheen, but there are none bigger than her parents Dan and Rina, and her younger brother Danny, who is a sophomore at Shawsheen.

“My parents have helped me so much, and they have always been supportive of me,” Watne said. “No matter what, they have always helped me and supported my decisions. I think it will be a little difficult at first, but I am also excited for college and to live on my own.”