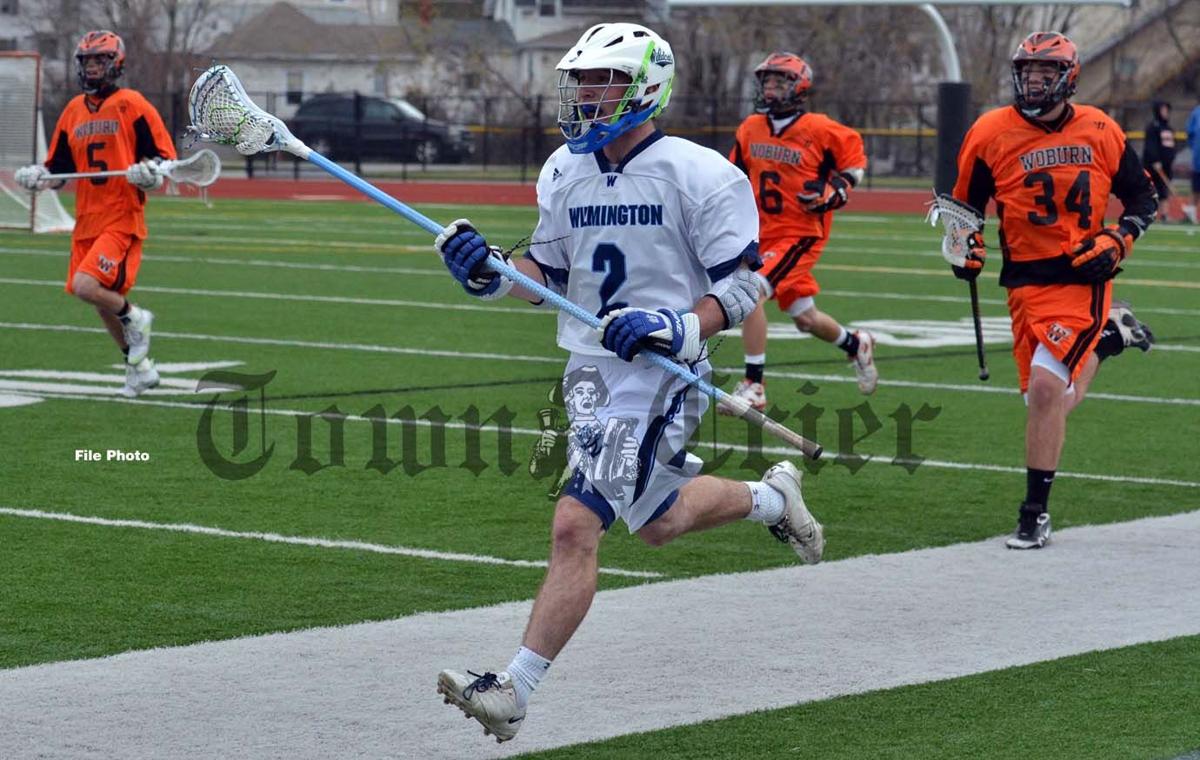 Matt Ferreira shown here from a game against Woburn back in 2012, has made the Town Crier’s All-Decade Boys Lacrosse team. (file photo). 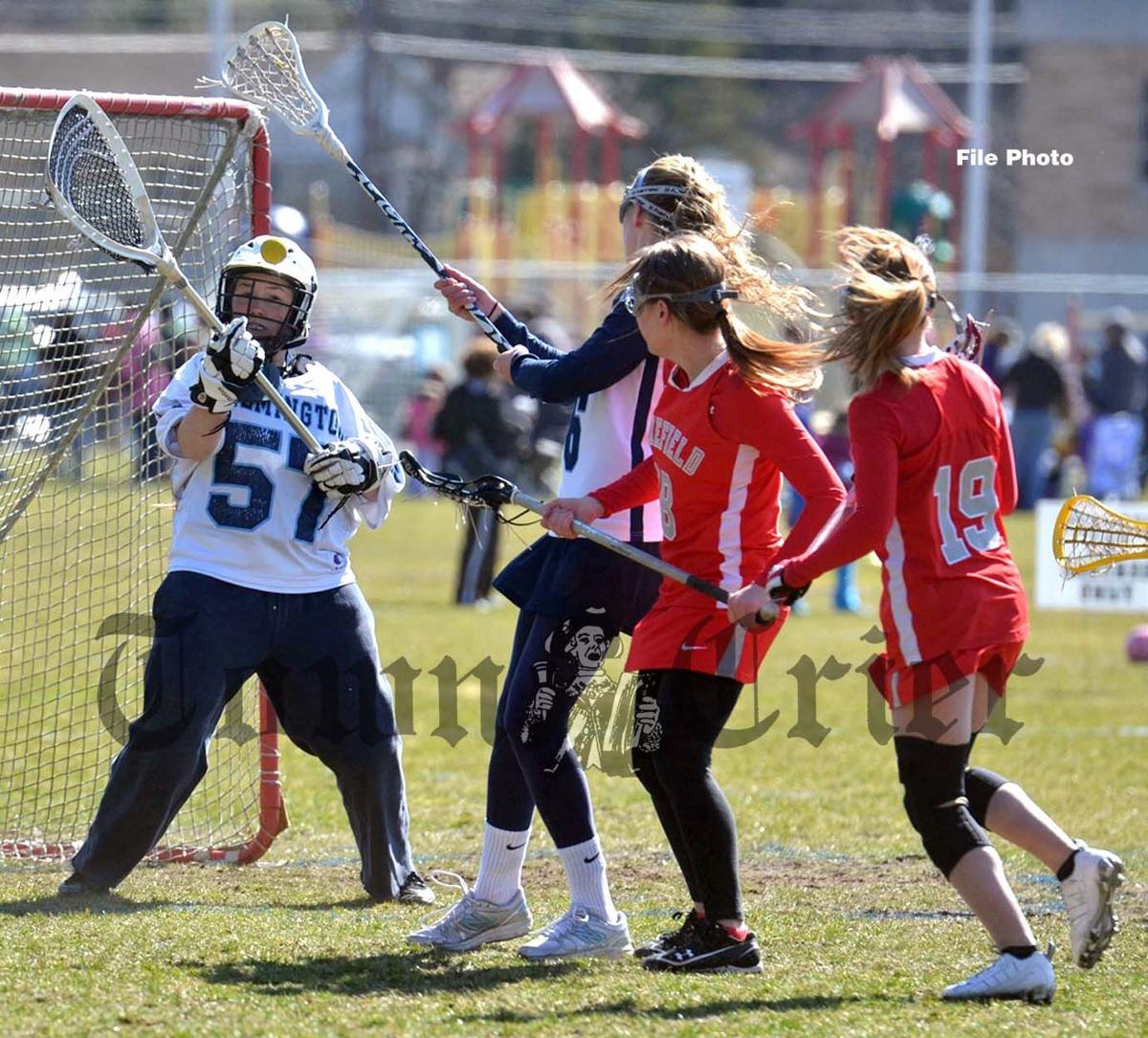 Casey Herra, shown here during the 2013 season, is the Town Crier’s pick for the goalie of the decade for the WHS Girls Lacrosse team. (file photo).

Matt Ferreira shown here from a game against Woburn back in 2012, has made the Town Crier’s All-Decade Boys Lacrosse team. (file photo).

Casey Herra, shown here during the 2013 season, is the Town Crier’s pick for the goalie of the decade for the WHS Girls Lacrosse team. (file photo).

WILMINGTON – Make no bones about it, this decade was very difficult for both the WHS Boys and Girls Lacrosse programs. Between the two teams, there was just one winning season, two playoff games and nine coaches — now it's ten with a new boys coach to officially start next season.

Throughout the decade, there were some controversies, including the great 2013 boys season that saw the team finish 14-5 with the first ever league title, which came a year after going 2-14. The program came one win shy of qualifying for the state tournament in 2017 and '18, and then had three wins or less five other seasons.

Mike Fay, who started the program and led the team to a state tournament appearance in 2009, was the coach in 2010 and 2011 and compiled an 8-26 record. Kieran Kavanaugh served the following two years, first the 2-14 mark and then the 14-5 season, which included a first round state tournament loss to Holliston.

Fran Peters was in charge the next five years and had a combined mark of 24-58. Then his JV Coach Zach McDannell took over in 2019 and the led the team to a 5-11 record. He resigned to take the same position at Revere High, and now Jeff Keefe, a former player and coach in the Billerica system, will take over.

Overall in the decade, the program combined for a 53-114 record, including 0-2 in the playoffs and the one league title.

A: Peter Leighton – Had two solid seasons with the club as a junior and a senior before going off to have a strong collegiate career at Regis College.

A: Matt Penney – One of two players in the decade to be named as a Lowell Sun First Team All-Star, which came in 2014. That year, he was a Middlesex League All-Star, who finished with 30 goals and 15 assist.

A: Zack Rosa – The year 2010 was very special for Rosa, who was among the best goalies in the entire state on the ice and then was a legitimate goal scorer in lacrosse. He had just the one year but certainly among the best offensive players over the last ten years. After high school, he played at Assumption College.

M: Ryan Kennedy – An extremely versatile player and great athlete. At one point of his senior year, he had 32 goals and 14 assists. After high school, he served in the military and we all thank him for his service to the country.

M: Brian Priem – He could play anywhere on the field. He could score, he could pass and he certainly could defend with his size and strength.

M: Tyler Roberts – Easily the program's best player in the decade. He was a two-time Middlesex League All-Star, a two-time team MVP and named as a Lowell Sun First Team All-Star as a senior, finishing with 46 goals and 22 assists. He is currently enjoying a fine football career at Merrimack College.

D: Eric Jaeschke – There's a lot to be said about a four-year varsity player, who plays defense in lacrosse and can play back there. He was just a solid player, who was really instrumental in the team's success especially in that 2013 season.

D: Matt Ferreira – A two-time Lowell Sun honorable mention selection, he was also the team's captain and just was a tough, hard-nosed player.

D: Andy Wells – He joined Ferriera as a solid duo in the back during the 2010 season, before playing four years in college at Rivier College.

G: Stanley Dancewicz – The only goalie in the decade to lead his team to the playoffs, and in that loss to Hilliston, he was terrific.

Just like the boys' program, wins were extremely tough to come by for the girls' program. In ten years, the Girls Lacrosse program had five coaches, never had a winning season, qualified for the state tournament once after finishing in a tie for second place in the Middlesex League Freedom Division, and six times had three wins or less in a season.

Lois Nardo, who was the first coach in program history, guided the team to a 5-12 record in 2010 before she resigned. Maura Kee came on for the next two years and had a combined mark of 8-21-1.

Sarah Simpson was then the coach for the following three years, including a 7-10 mark in 2013, which included a first round state tournament loss to Marblehead. That was the only time the team has participated in a playoff game in program history. The next two seasons, the team finished 3-12-1 and 3-13.

In 2019, Bill Manchester took over and his team finished 2-14 overall.

A: Ryan Gautreau – She makes her second team of this series, also as a reserve player on the girls' ice hockey team. A solid all-around athlete, she had the ability to create offense and score.

A: Rachael Mara – Easily the best player in the history of the program. The former Town Crier Female Athlete of the Year, owns the all-time scoring mark, including netting 70 and 88 goals in her final two seasons. She's the only player in the decade to be named as a Lowell Sun First Team All-Star.

A: Allie Robbins – Only one year counts here, but to me when athletes have just the one season, you consider the impact she had on the team and she certainly did. She was a talented goal scorer, who finished with over 40 goals that season.

M: Cassidy Collins – A four-year varsity player, who was a three-sport athlete, Collins led the 2019 two-win team in scoring, netting 20 goals as a midfielder. She was also named as a Lowell Sun second team all-star.

M: Caroline Robarge – Robarge makes her second team in this series, also as a first-team selection to the girls' hockey squad. She played all four years and was a steady player all-around the field and was also recognized as a Lowell Sun second team all-star in 2014.

M: Ashley Warren – It would be pretty easy to say that she was the second best player in this program over the decade. She was overshadowed by playing on teams that didn't win, plus she had a knee injury, but was a second team or honorable mention selection to the Sun team three times. She finished up a terrific career at Roger Williams.

D: Bryanne Mara – She really played more midfield than defense, but was a real solid player and was also recognized as a second team selection to the Sun All-Star squad.

D: Holly Niemiec – Known more for her soccer skills, including playing four years in college, Niemiec had incredible speed and endurance as a four-year defender in the program.

D: Danielle Polcari – Another girl who was more known for her soccer skills, she really thrived defensively in 2010 as a senior.

G: Casey Herra – She played goalie in field hockey and lacrosse and was just a gutsy, gritty player, who always gave it her all. She kept the team in many games during her run in lacrosse. After high school, she went on to a career in the military, so we all thank her for her service to the country.