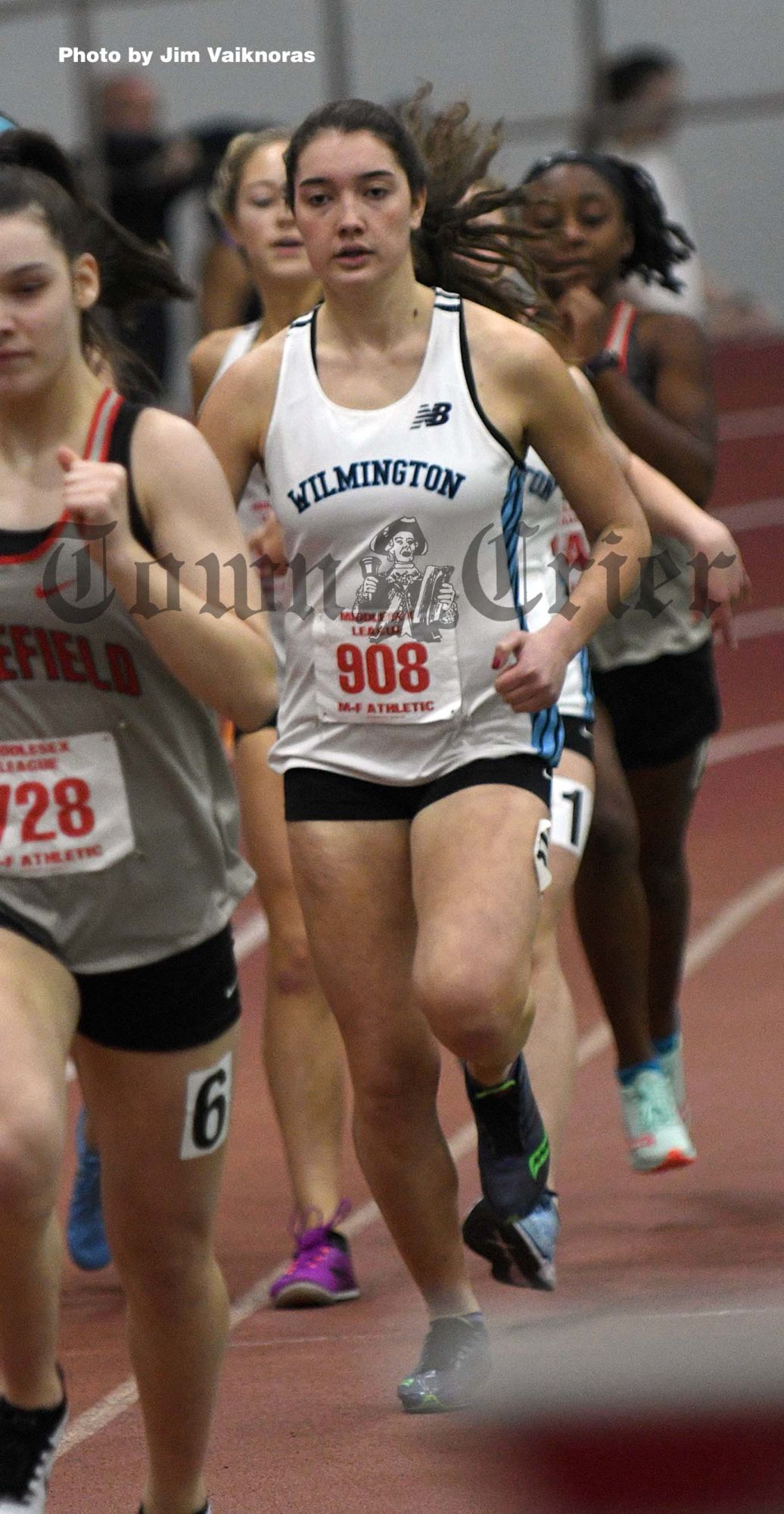 Wilmington’s Maggie Bourgeois finished second in the 600 with a time of 1:56.64 during last Friday’s win over Wakefield held at Boston University. 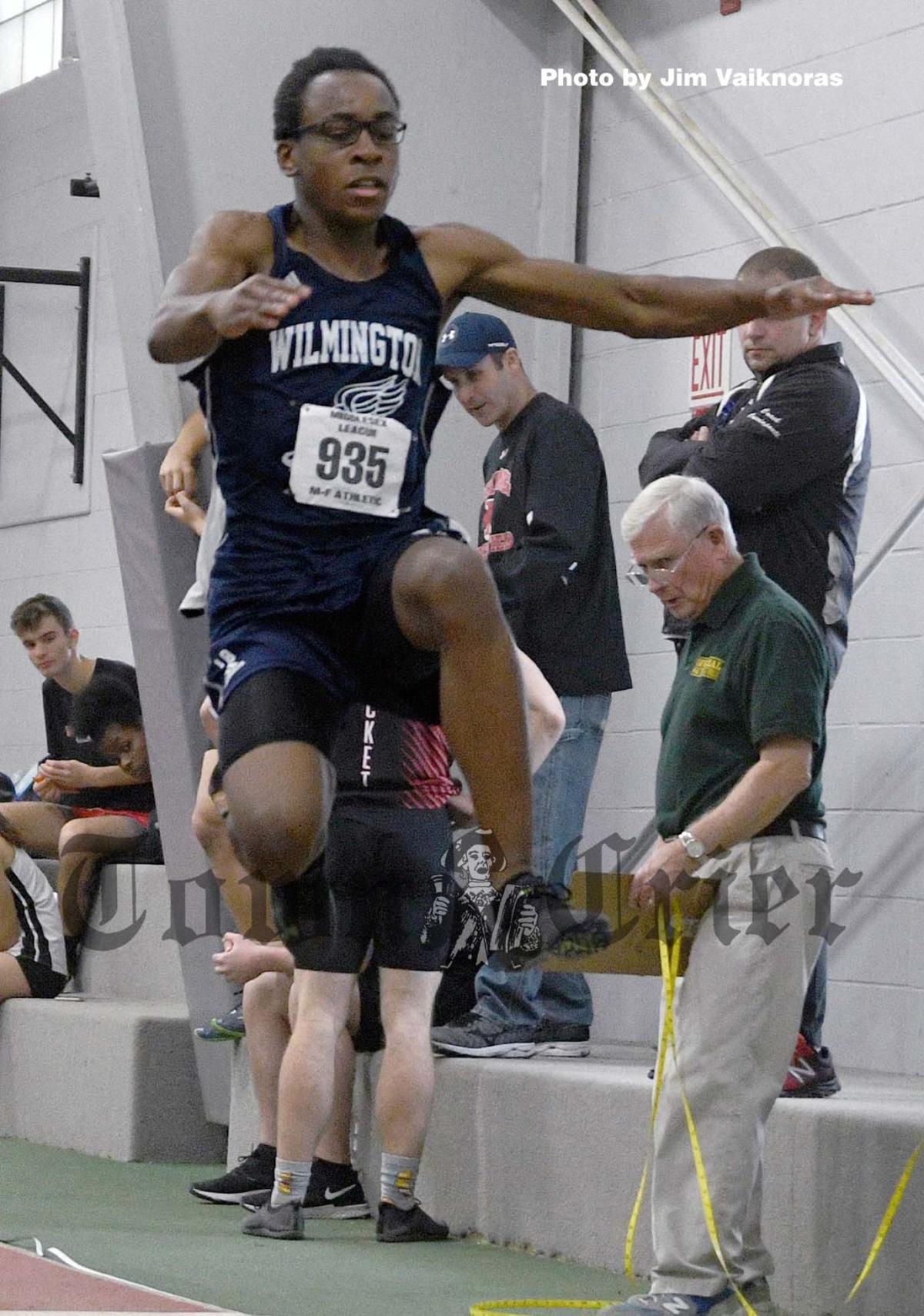 Wilmington’s Jeandre Abel competes in the long jump for the Boys Track team in their loss to Wakefield held Friday at Boston University. (photo by Jim Vaiknoras). 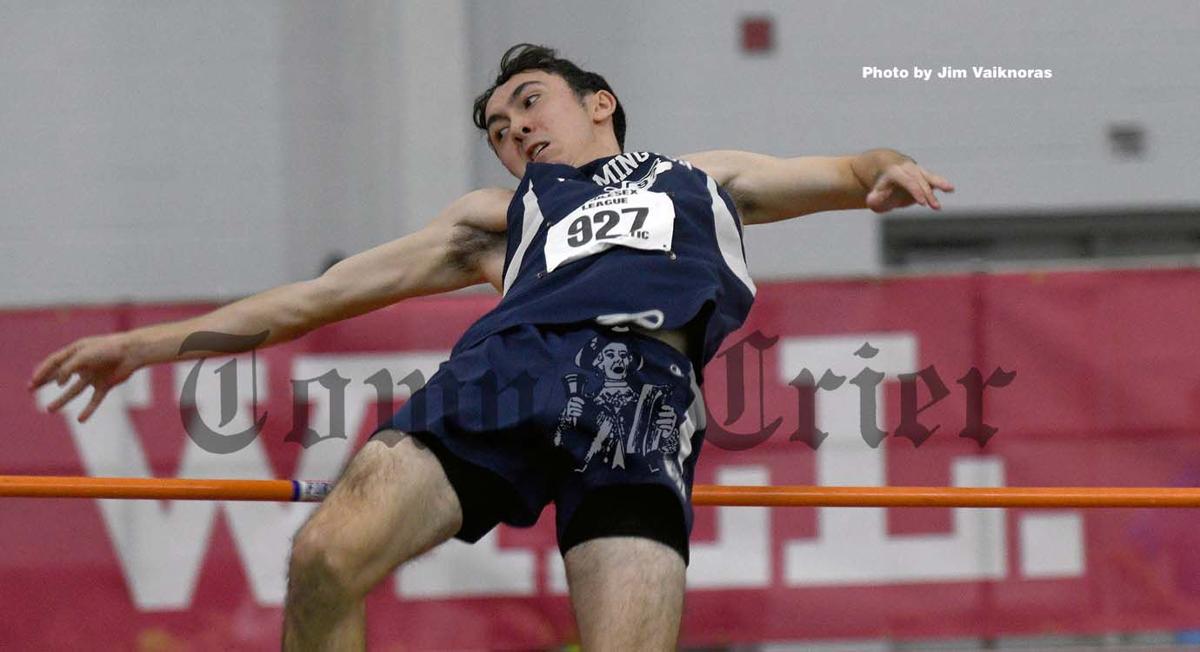 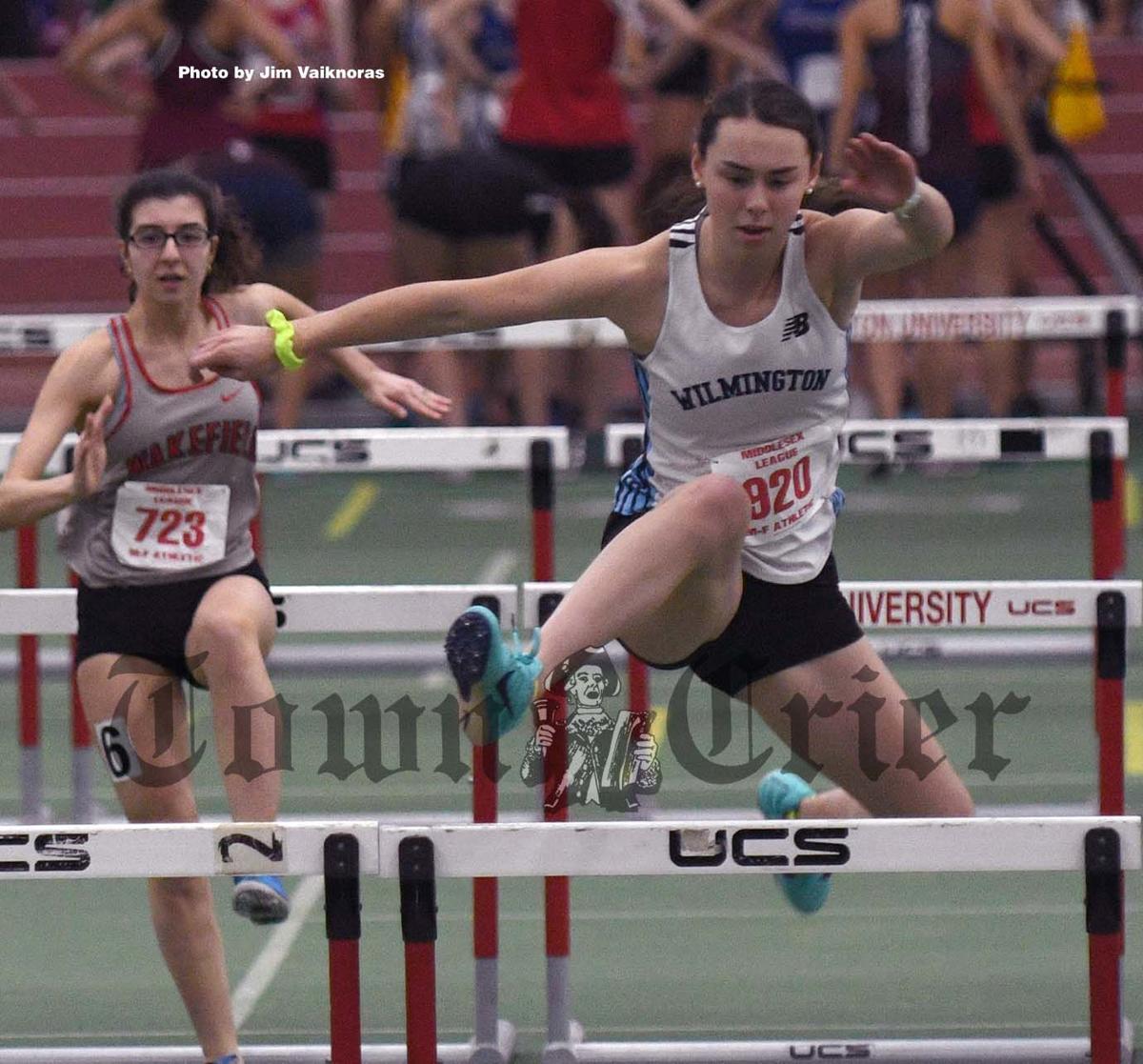 Wilmington’s Maggie Bourgeois finished second in the 600 with a time of 1:56.64 during last Friday’s win over Wakefield held at Boston University.

Wilmington’s Jeandre Abel competes in the long jump for the Boys Track team in their loss to Wakefield held Friday at Boston University. (photo by Jim Vaiknoras).

"Wakefield is always a tough team and the girls brought it big time,” said head coach Brian Schell. “We battled with them in every event and won those crucial events that came down to inches and tenths of seconds. Despite the holiday season, it was great to see the team fully focused and get the job done. We are still battling through illnesses and injuries so to see the team continue to step up again on top of these adversities shows great strength individually as well.”

Kaitlyn Doherty had a fantastic day for the Wildcats, scoring in three different events including winning the 55-meter dash at 7.79 seconds and the 55-meter hurdles at 9.97 seconds, while she was also third in the long jump with a leap of 13-10.25. She accounted for 11 of the team's points or 17 percent of the team's scoring.

“Kaitlyn has stepped up big for us and is another athlete who participates in multiple events and displays great versatility,” said Schell. “She put in some work over the summer to help her three stepping in the hurdles, stepped up in the dash this week and showed great speed just missing state qualifying by hundredths of a second. It's good to see her passion for the sport growing and her hard work paying off.”

Another strong showing came from Olivia Erler, who was first in the two-mile with a time of 12:59.16.

“Olivia showed great mental and physical toughness in the two-mile sitting on the Wakefield girl the entire race,” said Schell. “She even managed her first mile split only two seconds off her best mile time which is huge. A key factor toward mental toughness is the amount of laps and the Wakefield girl heard the bell thinking it was for them but it was not. She stopped a lap early which let Olivia and Gianna (Misuraca) keep their strong finish and hold her off for the win. This was a huge 29 second personal record for Olivia and breaking 13 minutes which was a big goal for her and I'm happy that she was able to get it.”

The other first places came from Amanda Broussard in the 300 with a time of 43.95 seconds, which was second best in the entire league, Amber Flynn in the mile at 5:56.79 and the shot put throwing 29 feet, Katie McLaughlin in the long jump at 14-08.25, while both the 4x200 and 4x400 relay teams also won. The team of Madison Mulas, Ashlyn Buckley, Aaliyah Abel and Hannah LaVita came across at 1:56.41 and then the team of Flynn, Angelina Zaykouskaya, McLaughlin and Maggie Bourgeois took the 4x400 at 4:34.96.

“Miriam also had a good day in the shot put for herself. She too had a goal this season of 28 feet and she managed to get that and then some,” said Schell. “She has put in a lot of work and trained all year round. To see her achieve one of her main goals this season and is close to another in the hurdles when she personal record last week against Burlington. It is great to see her hard work and dedication paying off as well.”

“Overall this was a great team win again and it came down to everyone pulling through,” said Schell. “Even though we can not overlook Stoneham and Watertown, but it is still an uphill battle if we want to defeat defending champs Melrose in our last dual meet. We have plenty of time to heal and adjust as we move on to Stoneham and the invitational meets.”

“We lost a close meet against a very talented Wakefield team,” said head coach Mike Kinney. “We are disappointed with the result, but there were many positives that came out of the meet. The athletes kept fighting even when they were down. It looks like we should end up in second place in the league, but moving forward we should be very competitive at the state relays, the league meet, and the state meet. Everyone on this team is supportive of each other and their work ethic has been impressive. Top down, from the senior captains to the freshman, this has been a great group to work with.”

“Picking up individual first places included Greg Adamek in the mile at 4:34.64 and Sam Juergens in the high jump clearing 5-6.

“Greg showed that he is one of the elite distance runners in the state, winning the mile in a personal best time of 4:34,” said Kinney. “He took off with 400 meters to go, leaving the Wakefield miler well behind. Greg is the top miler in the league. Greg also came back and placed second in the two mile with a great state qualifying time of 10:13, accounting for eight of our 45 points.

“Sam Juergens won the high jump with a personal record which was huge in keeping us close. Sam also placed second in the hurdles and the long jump, bringing in 11 of our 45 points.”

The final first place came from the 4x200 relay team of Isaac Avila, Richard Stuart, Matt Chisholm and Jeandre Abel, who had a collective time of 1:36.88.

“The meet came down to the relays and our two relay teams ran exceptionally well,” said Kinney. “The 4x200 team ran a personal best time of 1:36 with Jeandre Abel anchoring and passing the Wakefield runner on the final straight away. Jeandre really stepped up in that race and showed he could turn it on when it mattered. As a sophomore, his potential is unlimited. Matt Chisholm and Isaac Avila continue to impress in the sprints especially in the 4x200. The 4x400 team ran a great race to finish the meet and we saw excellent splits from (Jake) Danieli, (Brian) Elderd, (Sean) Riley, and (Aiden) McGrath.”

The times for Abel and Riley currently rank second best in the league and Danieli's time qualified him for the state meet.

O'Mahoney's time was a four second personal best, while McGrath also had a personal record. “He is a great athlete and should continue to improve his times. He is also the anchor of very good 4x400 team,” said Kinney. “And Nathan Curdo is much shorter than his competitors but has been working hard at improving his technique.”