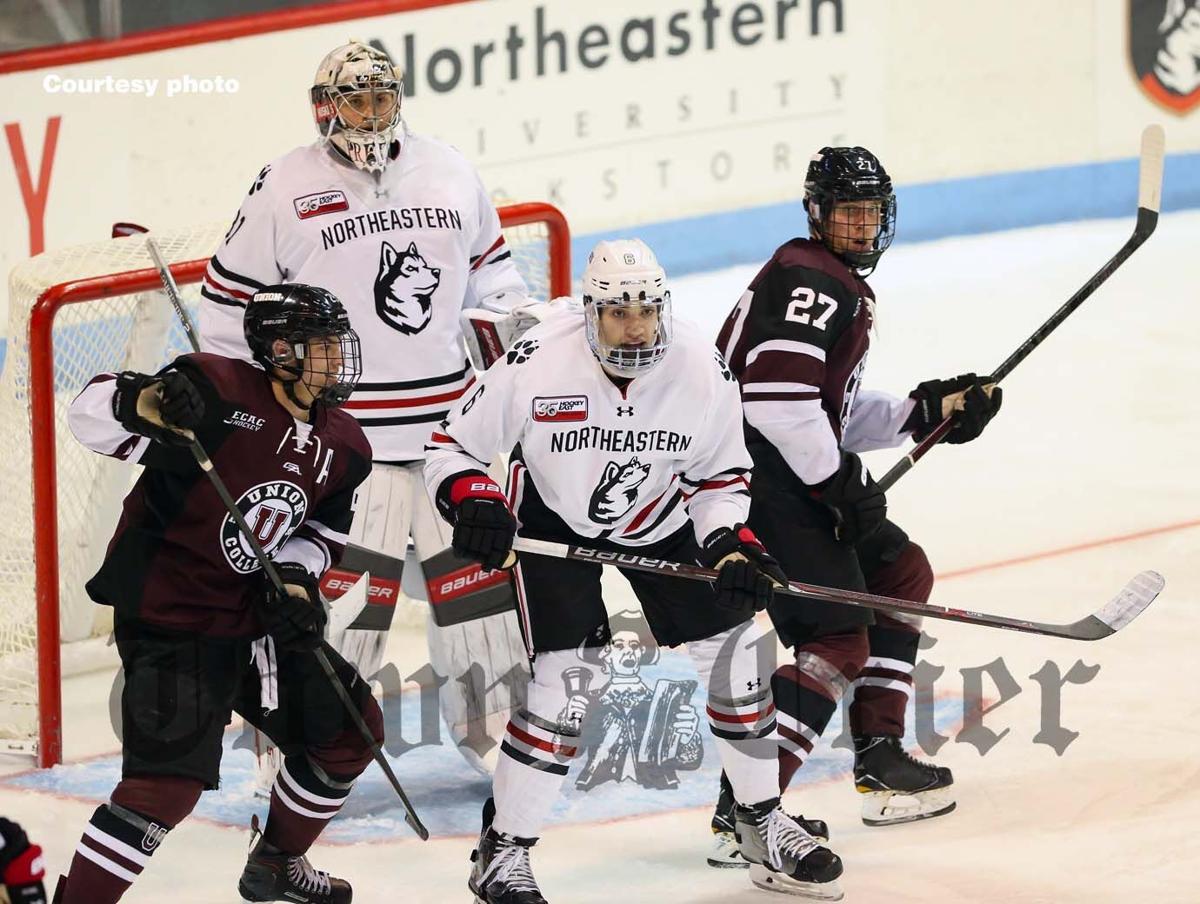 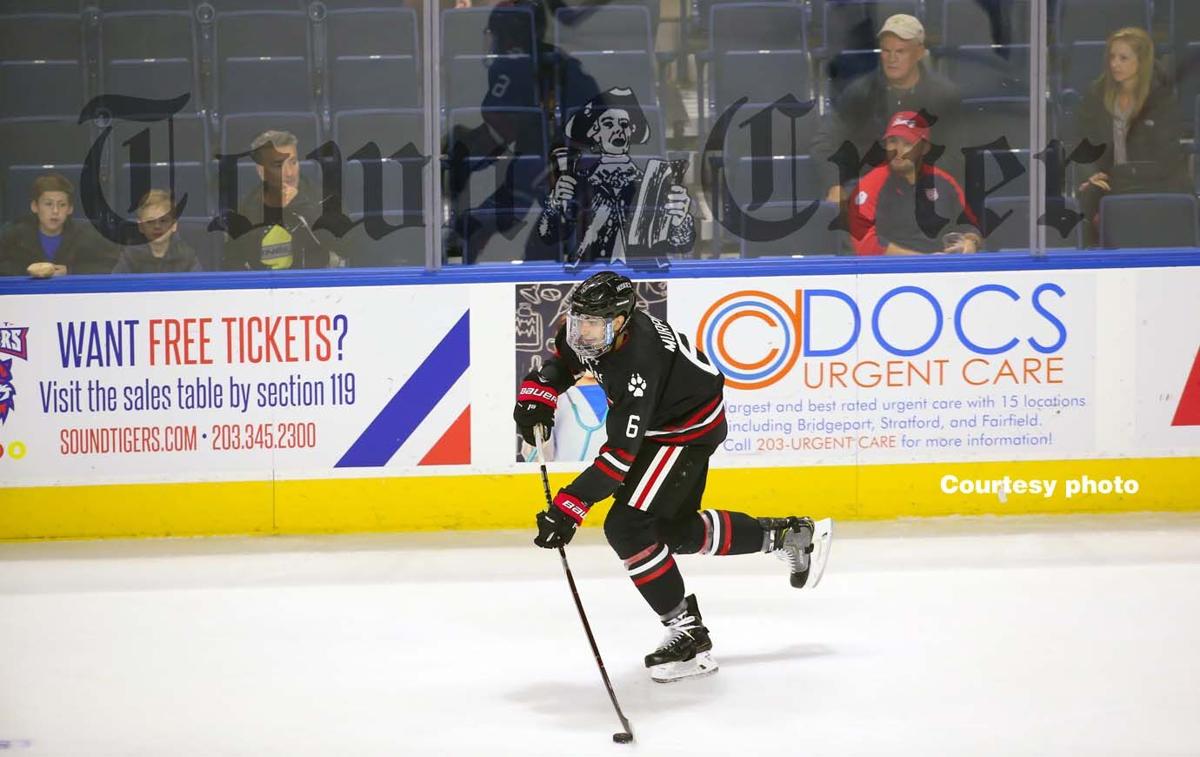 BOSTON – Back in December of 2017, smack in the middle of a very good season with the Muskegon Lumberjacks of the USHL, Collin Murphy got the call he had been waiting his whole life for. And then he had a big decision to make. Already slated to begin his college hockey career the following September at Northeastern University, Murphy got the call that a spot had opened up with the Huskies midseason and it was his for the taking if wanted it.

While it was indeed a very big decision, it didn’t take long at all for Murphy to accept the Huskies offer and before he knew it, the Wilmington native was on his way back home, making his collegiate debut for the Huskies on December 30, 2017 against AIC. To say it was a whirlwind of an experience would be an understatement, but as he had done throughout his hockey career, from Austin Prep to Muskegon, Murphy adjusted and became a success.

Murphy saw action in 15 games for the Huskies that first season, and even recorded his first college point later in the season with an assist against the University of Maine. It got even better from there, with Murphy and the Huskies winning Northeastern's first Beanpot championship since 1988 and later qualifying for the NCAA Tournament.

If that all sounds like it was pretty easy for Murphy, rest assured it was not. As competitive as USHL hockey is, Division 1 college hockey is an entirely different level. Now, as he prepares to enter his senior season, one where he will serve as an assistant captain for Northeastern, the 6’3, 205-pound defenseman looked back on those first few months with the Huskies

“It was a difficult process getting adjusted, not just to hockey, but also school was the most difficult adjustment,” Murphy said. “It was definitely a steep learning curve, but I thought I did pretty well with it.”

“He was drinking out of a fire hose when he first came in. All the kids are, but for him especially, because he joined us in midseason,” Madigan said. “Here’s a kid coming from Muskegon, Michigan in the middle of the season. We call him up, tell him a spot has opened up and the next thing you know he has to make his way to Boston and meet all of his new teammates and learn a new system. All of our freshman had to do that, but they had been with the program since September, not in the middle of the season like Collin.

“There was no real period of transition for him. It was unfair in a way, but he had the perfect disposition and demeanor. He just rolled with it and got better from the beginning of January to the end of the year. He made some great strides. And then he came back as a sophomore a little more prepared. He had a better understanding of our system and he took another step forward.”

Those steps forward have continued throughout his career, which has seen Murphy and the Huskies win three consecutive Beanpots as well as a Hockey East championship. Murphy will be looking for even more success this season after he was elected as an assistant captain for the Huskies. While honored to receive the recognition from his teammates, Murphy has no intention of letting up at all, as he hopes to keep proving himself worthy of the selection.

“When I found out I was extremely honored that my teammates thought that much of me,” Murphy said. “I just want to keep working hard and continue to be the same way for my team.”

Madigan has little doubt that Murphy will do just that, at least if his history is any barometer.

“Collin is a hard working young man. He is very diligent and he puts a lot of time into his game. He is just an awesome young man, who does all of the right things that we look for,” Madigan said. “We are looking for someone who does all the right things both on the ice and in the classroom and Collin does that. People look up to him, and he genuinely cares about all of his teammates and the other kids see that, so he has earned their respect.”

Of course, this season will be one unlike any other as Hockey East teams return to action amid the COVID-19 pandemic after having their season cut short last season just before the Hockey East Tournament due to the pandemic. As crushing a blow as it was to see their season come to an abrupt end last season, Murphy is equally excited to get started this time around, with the Huskies scheduled for their first game on Friday, November 27 against UMass Lowell.

While there won’t be any fans in attendance, that won’t dim Murphy’s enthusiasm.

“That was really sad (when last season ended). We went to the rink in the morning and we had heard there might be something going on with season, and then coach told us that it was canceled. We were shocked and very upset, but it happens. We just had to deal with it,” Murphy said. “It’s very exciting to know that the season is close to starting. I think we have a good young team, and we can have a good season as along as everything stays on track. We will see what happens. We have some really good freshmen coming in as well as a good core group of kids coming back, so expectations are very high.”

The Huskies will be trying to live up to those expectations after going through a much different off season than they are used to. In that regard of course, they are no different than any other team in Hockey East, so Murphy knew that pandemic or not, he needed to prepare himself for the season, while still following all safety protocols. Murphy returned to the ice in July, and the team started practicing together in September, at first in split groups due to COVID regulations, but they are now back together as a group.

"The preparation was pretty much the same. It was a little different when we started this summer with masks and the new rules for the locker rooms, and we couldn’t use the weight room, so I did all my lifting at home," Murphy said. "It was a little more Spartanesque, if you will, but I got all my work in."

Murphy's work ethic of course comes from within, but he has likely also inherited a great deal of it from his father Sean, a former tight end at Boston College. His dad knows what it takes to be a Division 1 college athlete and he has imparted that wisdom on his son, who credits him and the rest of his family with much of his success.

"My dad has been there and done that, so he really taught me the way to do things," Murphy said. "I owe so much of my success to him. I know I would not be where I am today if it weren't for him, and really my whole family, with my mom and my two sisters."

He also credits much of his success to simply being part of a top notch program like Northeastern. He has always been a very good player of course, but working with some of the best college players and coaches on a daily basis has certainly benefitted him as well over a career that has gone by in the blink of an eye and has seen him grow from a mid season addition to the team to an assistant captain with one of the top hockey programs in the country.

“It’s a cliché, but it flies by very quickly. It feels like I just got here. I didn’t really think too much about what would happen in my career, I am just enjoying the process," Murphy said. "When you practice against better players, you become better yourself. We have a lot of high end players, so I can attribute a lot of my improvement to my teammates. Hopefully I have helped them as well."