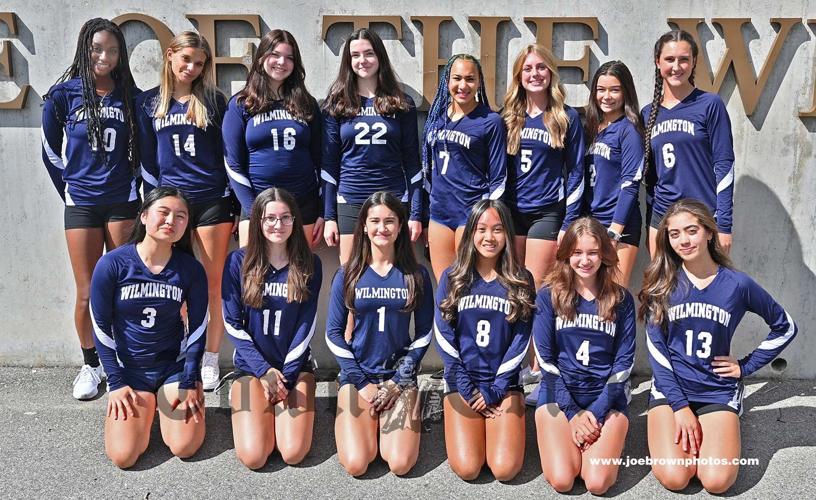 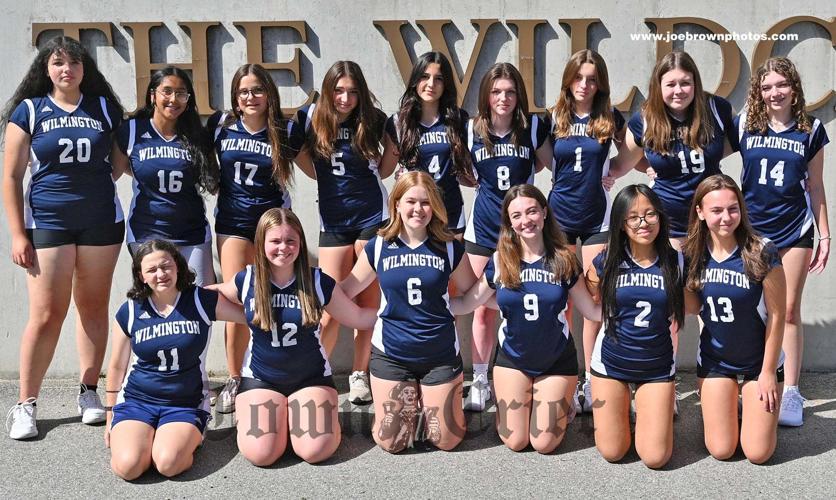 This past fall, the junior varsity Wilmington High School teams saw success and development across the sports of field hockey, volleyball, and soccer. Starting off with field hockey, the 8-8-1 Wildcats are happy with their end product.

Led by co-coaches Laura Connors and Katherine McKenna, the Wildcats saw efforts from everyone involved, starting with eighth grade players being called up into the action.

“I would like to thank the eighth graders Emma-Tarin, Molly Lovell, and Meredith Ebert for their time and effort on our team,” said Connors about the eighth graders who stepped up. “I realize it was probably very intimidating at first, but (they) all rose to the task with flying colors.”

Not only did these players help on the field, in some situations they were the difference in whether or not the team had enough players to play a game.

“(They) helped us so we didn’t have to forfeit, run ragged on the field, and hopefully it sparked others to come out for next season,” said Connors.

Moving down the lineup, the defensive line was solid all season for the Wildcats, including impressive efforts from Sophomores Sydney Crane, Emma-Rose Toomey, and Madison Fenton. Working up to the mid fielders, Sophomore Jordan Bornstien, Junior Caroline Jenks, Sophomore Olivia Solari, and Junior Ericka L’Esperance led the way both offensively and defensively.

Coach Connors had special praise for the two Wilmington goalies in eighth grader Emma Tarin and Junior Alyssa Stack for holding the line and suiting up as our goalies.

“Whether they knew it or not, the goalie position is the toughest position on the field, and I commend them for being there for us,” said Connors.

Though Connors admits there is a lot of raw talent and skill coming up in the field hockey organization, she points the team's success to the attitude they brought day in and day out.

​​”Whatever game they played; they always had a positive attitude no matter what the score,” said Connors. “They made this season fun by keeping it light and being silly yet plugged back in when it was game time. I am extremely proud of this team, they did well this season.”

For Connors and her coaching staff, it was an easy team to want to coach because of their work ethic and coachability.

“This team worked well all over the field. Everyone tried different positions and they listened to each other if someone needed a break during a game,” said Connors. “I saw their confidence, skills, and team trust grow over the season. They never gave up.”

For the JVVolleyball team, their season record of 2-18 did not represent the strides each player made in their game. Head coach Madison Burke was proud of her team.

“I think despite our record we had a good season, every single one of the girls improved so much from the first game to the last game and to me that’s more important than how many games we won,” said Burke.

Throughout the season, the team experienced some injury troubles, leaving some empty positions on the roster. One of the team’s many strengths was being able to step up when the team needed them.

“We also had a lot of injuries throughout the season which was tough but players like Isabella Serafim, Ghina Said, Kayleigh Quinn, and Emily Burton stepped up and we’re willing to help by playing positions that they were not used to playing,” said Burke.

Coach Burke looks back at a matchup against Arlington as the turning point in their season. Up until that game, Burke saw a lot of individual play and was preaching that the team needed to gel together in order to see success.

“The girls took the first set and only lost the third match by five points,” recalled Burke. “I think a big part of that game was it was the first time I saw them play as a team instead of just going on the court and playing as individuals.”

Another point of emphasis Burke made sure to install in the team was the importance of making mistakes and being able to learn from them.

“Volleyball is an extremely mental sport and we did run into some obstacles with moving past mistakes that were made on the court, but as the season went on I saw every one of them start to slowly overcome that and move past mistakes or bad plays which is not an easy thing to do. One thing I tried to do as their coach was make sure that they knew I did not care if they made mistakes as long as they learned from them. I always reminded them I will never be mad or disappointed in them if they make an error on the court,” said Burke.

“I am beyond proud of every single one of them. I don't think I could have asked for a better group of athletes, they definitely made my job as their coach an easy one,” said Burke.

For the JV “B” volleyball team, the theme was very similar; Their 4-13 record was not telling of the strides this squad made on the court.

Head coach Heather Lozzi is proud of how the season went.

“I am very proud of all my team's accomplishments this season,” said Lozzi. “The majority of the team started out knowing very little about the sport, and by the end of our season they were competitively playing against some of the best in the league. Their dedication and determination to improve was inspiring.”

Many players made huge improvements throughout the season, such as Julia Greeley, Madison Lohrman, and Annika Held. Coming into the season, they have never served before and had to work hard at it throughout the year. By the end of the season, the three were relied on by Lozzi to serve on a regular basis, which they excelled at.

The team consisted of mostly freshmen, but included sophomores Tessa Cappione, Giselli De Oliveria, and Alyssa Mahoney who stepped into a leadership role to guide the freshmen in the new sport.

“Alyssa Mahoney was one of my strongest defense specialists, and I could always count on Paola Rodrigues and Makayla Maguire to give their all on the court,” said Lozzi. “Tessa Cappione also stood out with her power serve, starting us out in almost every game positively. The entire team made huge improvements as a whole, and that's all a coach can ask for.”

Lozzi noted that although most of the games were close, the two games against Wakefield stand out to her the most, including a win and a loss. It was the loss that resonated to her the most.

“Our away game (against Wakefield) was probably the most competitive I watched them play,” admitted Lozzi. “We went to a third set, and although we didn't win, they never gave up. Vicki Wong had one save in particular that sent the ball back, got the point, and kept the game going for a few more serves. It was a tough loss, but an incredible game.”

On the soccer front, normally there is both a JV “A” and JV “B” team, but with low numbers in the program, both teams were combined into one JV team consisting of 23 players.

The team as a whole had players that were freshmen all the way up to seniors, but head coach Mary Jo English praised their ability to become a team.

“The group had a wide range of existing soccer skills and ages, from 13 to 18, and I think they did an admirable job of sticking together and playing as a team the entire season,” said English.

There were three seniors who had solid seasons for the Wildcats, including Julia Gray, Katelin Hally, and Marni McBride.

The Wildcats didn’t receive the results they desired on the field after posting a 1-11-3 record, which a large team with numerous challenges along the way could expect.

“From a results standpoint, it was a challenging season,” admitted English. “We had a couple injuries to talented team members which hindered our progress. It was also a challenge to rotate and substitute 22 girls into ten field positions in each 35-minute half while creating and maintaining some semblance of rhythm, cohesion, teaching moments, chemistry and respect of the concept of merit.”

However, through the many challenges the team endured, English is proud of the way her team responded to adversity.

She recalled two games that accurately depicted what their season was truly all about.

“I want to thank Coach Erin Cowden, the former JVB coach, for preparing her 2021 team to play JVA this year,” said English. “I admired and appreciated her group’s character and Coach Cowden reinforced their strong qualities. It was a pleasure to coach a group of high character individuals who could share these attributes with the whole JVA team this current 2022 soccer season.”