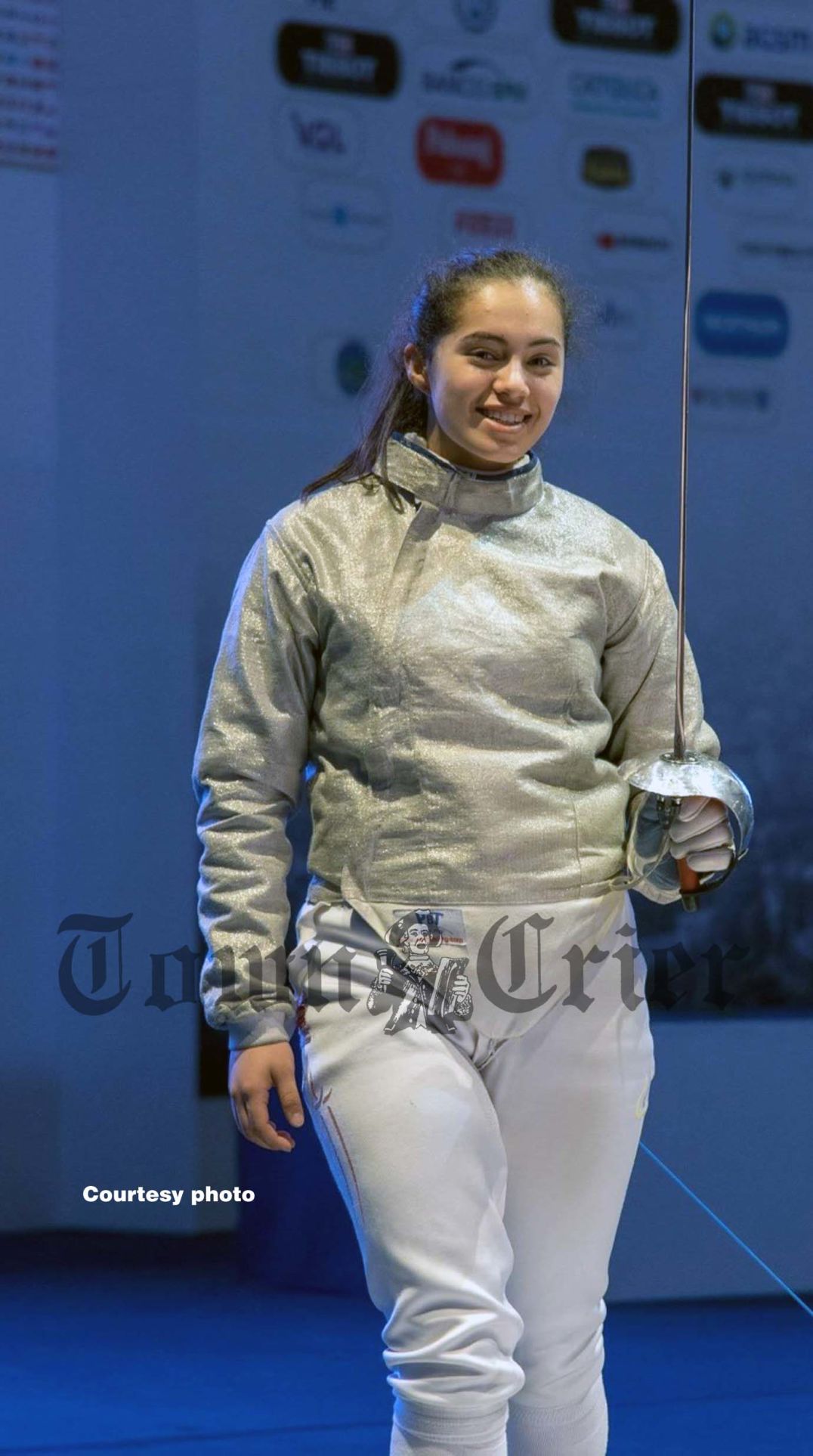 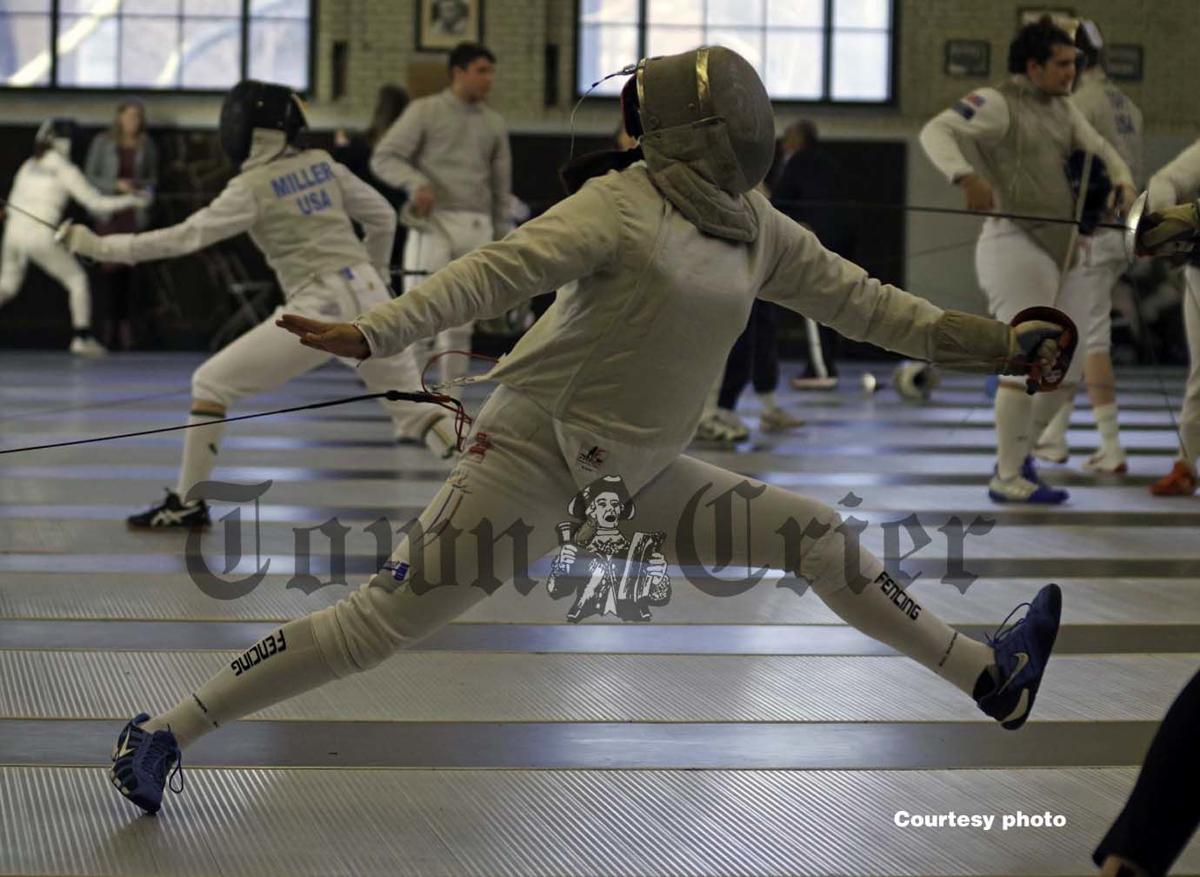 Jessica Morales competes in a fencing drill during the Jr. Pan Am Games held recently in San Salvador. She took home a bronze medal.     (courtesy photo).

Jessica Morales competes in a fencing drill during the Jr. Pan Am Games held recently in San Salvador. She took home a bronze medal.     (courtesy photo).

Recently, Wilmington’s Jessica Morales made the trip to San Salvador and put her talents and her saber to good use, earning a fencing bronze medal in the Junior Pan Am Games.

Morales, who graduated from Wilmington High School in 2019, won three bouts including an upset win over the world’s 4th-ranked junior fencer, before suffering a defeat in the semifinals. As a result of this achievement, the Brandeis freshman was honored as Women’s Fencer of the Week in March by the UAA (University Athletic Association).

Morales, 18, took up the sport of fencing as a 9-year-old after spending time with her dad, Cesar, who owns a fencing facility in West Roxbury.

“As a kid, I really didn’t like the sport and my dad never tried to twist my arm to get involved, even though he was a coach and owned his own club,” said Morales, who also spent considerable time observing her father at Brandeis, where he worked as an assistant fencing coach. “But one day, I decided to try it. Since then, it has been the one and only sport for me.”

As a youth, Morales took part in competitions and developed her craft as she progressed through the designated fencing age groups up to Junior which is where she currently competes. Surprisingly, there are ample opportunities in youth fencing, particularly in this region.

“Fencing is not super-popular throughout the United States but here in New England, there are competitions just about every weekend for all ages and categories,” Morales explained.

Morales and her family relocated to Wilmington from Revere when she was in the second grade, as she recalls. She performed well in the Wilmington school system, earning high marks academically while immersing herself further into fencing. As a student at Wilmington High School, Morales’ college search led her back to her father’s former employer, Brandeis University in Waltham.

“Jessica could have been a scholarship athlete at a number of Division 1 schools, including Notre Dame, Penn State, Duke, or UNC,” said her Brandeis fencing Coach Jennifer Dhondt Salmon. “We were lucky she chose Brandeis.”

“I also had a chance to go to Temple University,” said Morales. “When it came down to choosing, I had my list down to Temple or Brandeis. I carefully listed the pros and cons of each school. The pro of Temple would have been attending a Division 1 school, with a scholarship, and all the athletic privileges that go with that. But I realized I wanted to go into medicine and Brandeis has one of the best programs in the country. Living close to home would allow to me to excel academically, work out in a familiar club, and have my dad’s coaching expertise nearby.”

According to Coach Salmon, Morales doesn’t lose much athletically with her decision to attend a Division 3 school. She explained that in NCAA fencing, all three Divisions compete together. At times, Morales will square off against a D1 athlete and “holds her own among the best in the nation.”

Salmon explained that saber fencing, which is the version that Morales competes in, can be complicated for the casual observer. There is a referee who monitors offensive and defensive actions, as well as what is described as the last aggression. But scoring is electronic, based on uniform touch points and in simple terms, a fencer who first scores five touches wins a bout. In team fencing, the first to win fourteen bouts claims victory.

Recently, Brandeis qualified for the NCAA fencing championships but like many other athletic teams across the nation, from the high school ranks to professional, saw their hopes of a title vanish as the Covid-19 crisis gained a foothold.

“It was devastating,” said Salmon who last year, coached a team of forty-four fencers, including sixteen women. “We were able to qualify our athletes, including Jessica, for the first time in six years. But looking at the bright side for Jessica, she has three more years and I’m confident she’ll get there again.”

Due to a lack of organized teams in area high schools, Salmon finds most of her recruits at fencing clubs and USA Tournaments.

“In the Boston area, there are quite a few outstanding fencing clubs,” she said. “Some have trained national and world champions and there are former Olympians who own some of these clubs. I find candidates in the Boston area but I also recruit throughout the country.”

Like her mother Sylvia, Morales is a dual citizen, holding credentials in both the U.S. and Columbia. This allows her to fence internationally, on the world stage. Potentially, she could qualify for the Olympics, representing Columbia.

“In the Columbian system, there are a number of methods to qualify,” Morales explained. “You need to earn a specific number of points but failing that, in each zone or continent; there is a competition that takes place to decide. I’m a hundred percent sure Columbia will send me and I’m confident I can do very well in that competition. If I win, I’ll qualify for the Olympics.”

Unlike most college-bound students, who often wait to decide on a major, Morales has been on a glide path towards her future career for a number of years. She stresses that medicine is her chosen vocation and will likely spend her career in pediatrics. When instructed to complete a senior project at Wilmington High, the topic for Morales was obvious.

“I decided to make my project teaching special needs kids in the high school how to fence,” she shared. “That was really awesome. With my club, we teach blind students at the Carroll Center for the Blind how to fence, as well as Jimmy Fund kids recovering from cancer. I wanted to use all of that knowledge I had for a good cause. When I showed my project to some of the other Wilmington High students, they agreed it was pretty cool. It made me really happy to make some of these kids happy.”