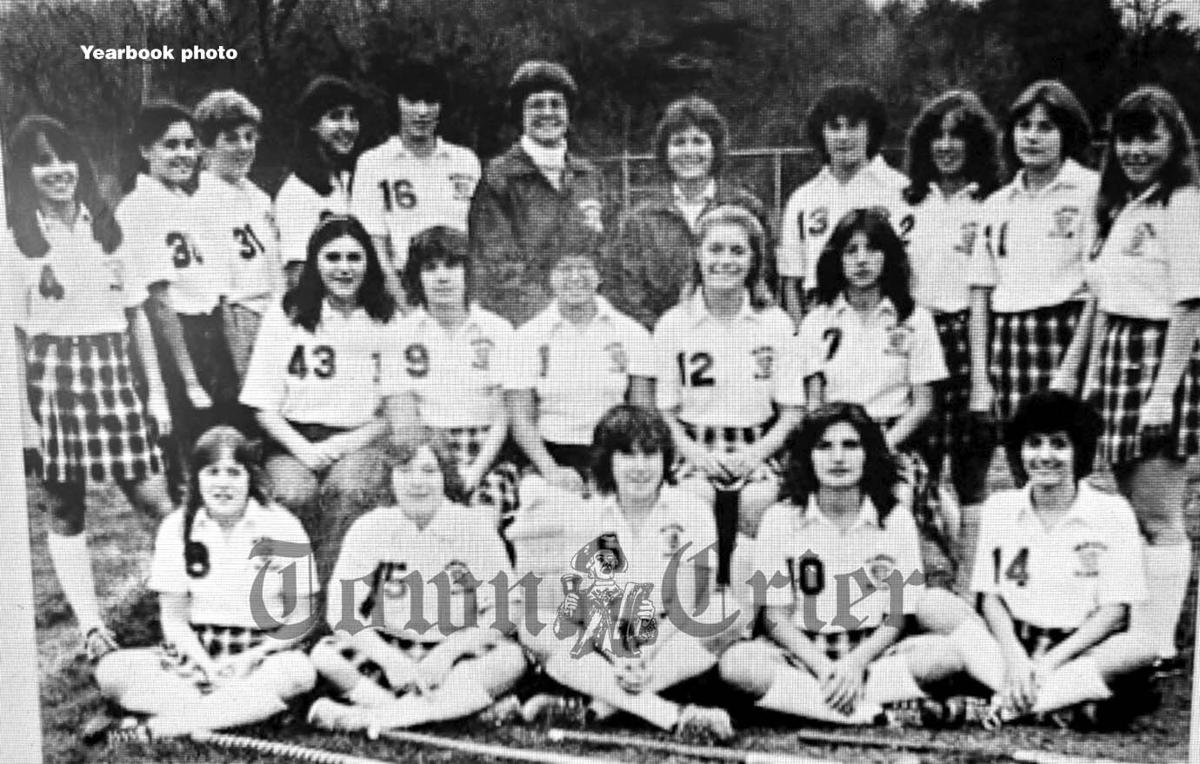 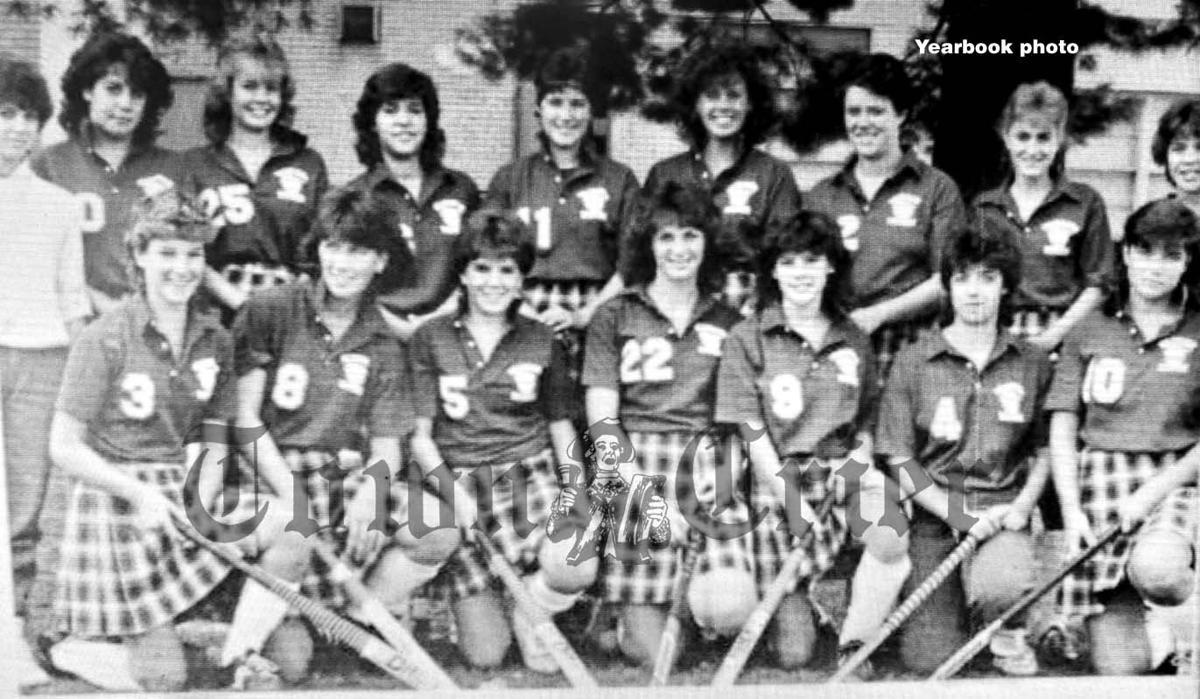 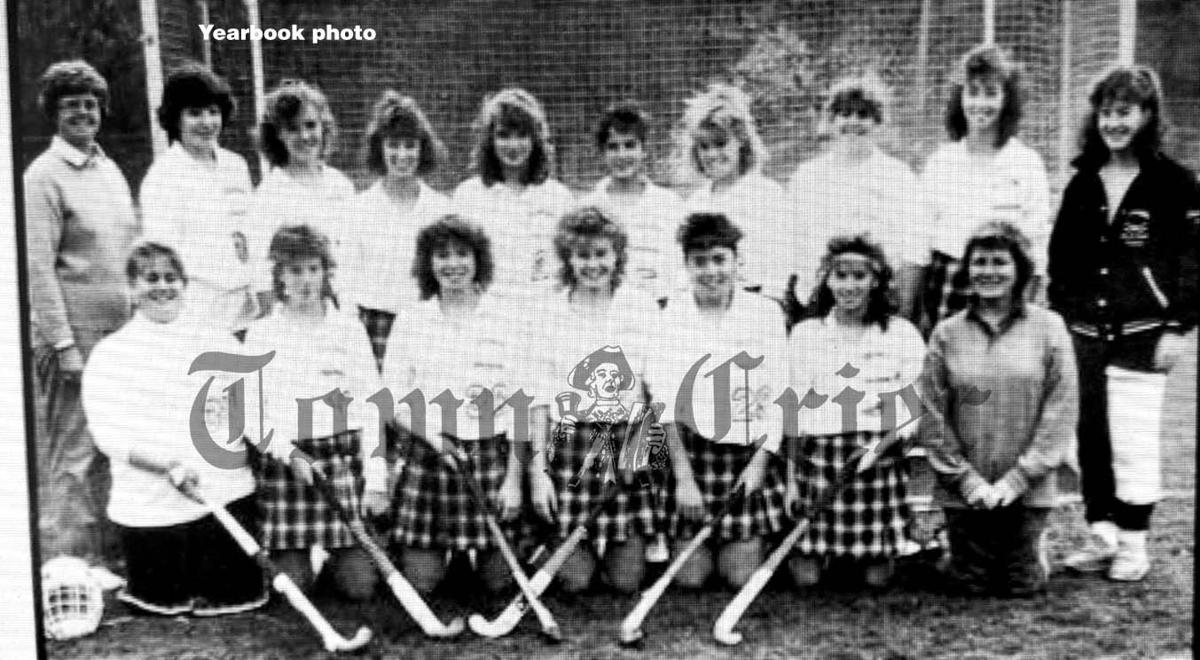 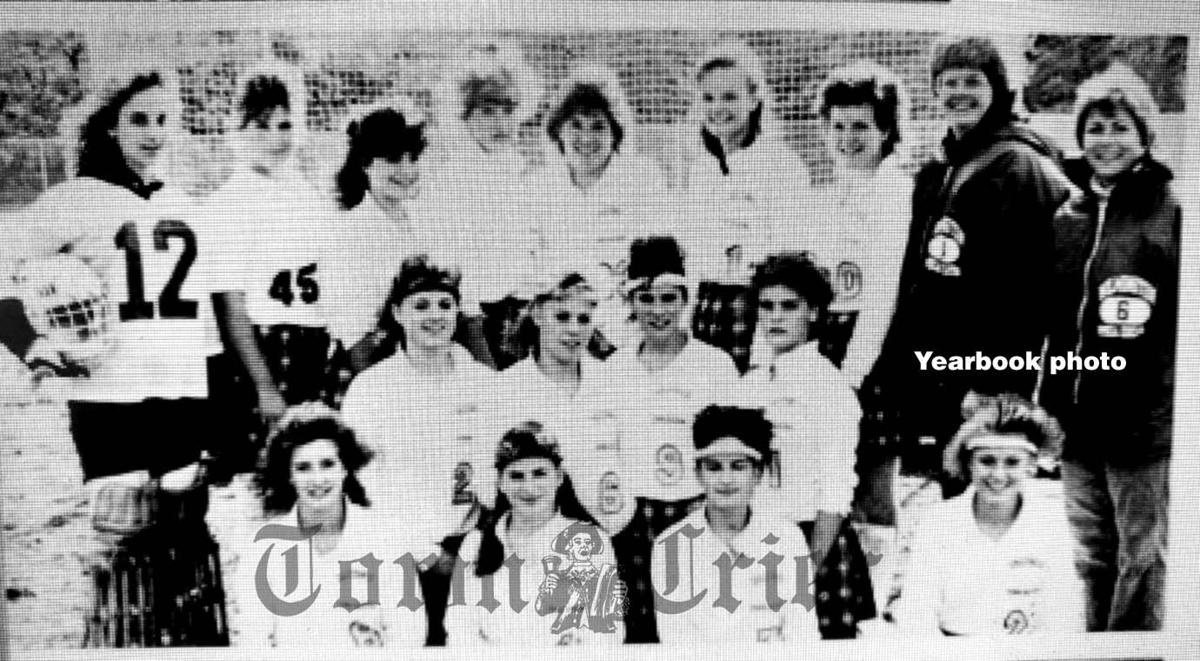 Earlier, we looked back at the thrilling season of the 1980 WHS Field Hoc­key team. Here’s a look at some other successful seasons from the 1980s dec­ade.

WILMINGTON — Back in early November, the Town Crier looked back at the 40th anniversary of the Wilmington High School Field Hockey team from 1980, as the Wildcats finished that season 15-1-1, losing in the North Sec­tional Final to Weston.

Throughout the rest of the 1980s decade, the tre­mendous winning tradition continued for the Wild­cats. Year-after-year, it seemed as if Wilming­ton reeled of 15 wins, a league title and made a nice run in the state tournament.

Besides the '80 team, Cas­sidy-Wood and her longtime assistant Jan Urqu­hart, there's also six field hockey players who played at some point in the decade who are also members of the Hall of Fame and that includes: Lisa Cutone, Meg­an Don­nelly, Paula Burns, Anne Ryan, Judy O'Con­nell and Gina Martinello.

Coming off that sensational 1980 season, the '81 team was hungry to keep that tradition going and perhaps take their talents to another level.

The Wildcats had an in­credible regular season, finishing with a 12-0-1 record, bringing the team's regular season streak to 24-0-2 over their last 26 games. During the regular season, Cathy Schultz broke a school record with 21 goals and 3 assists.

“They wanted (to win) it all and they worked so hard,” said Cassidy-Wood. “Megan went to an Olym­pic Camp and she came back and geared up and ready to go. She, Paula Burns and MaryBeth Gen­tile were the captains and they just all worked their tails off. They ended up 12-0-1 record.”

With another unbeaten season under their belts, Wilmington thought it had easily won the Merrimack Valley Conference title, but that wasn't the case.

“The league had decided to split into two divisions that year because of Tyngsboro and Greater Lowell were coming into the league,” the coach re­called. “Chelmsford at the time had an 8-4-1 record and the athletic directors thought it would be a great idea to have these two teams, us and Chelms­ford play a league playoff game. With Megan and Paula Burns being highly recruited, the press was there, college scouts from Harvard and UMass were in the stands. We ended up losing the a very close, 1-0 game. Chelmsford ended up winning the league championship with a 9-4-1 record when we had a 12-1-1 record even though we all played the same teams.

“Losing the league championship was devastating to the kids. It was an unexpected extra game before the state tournament and it came at the last minute. It had never been done before, nor since. Then I think it was the next day that we played in the state tournament and we were defeated in the first round. It was no fault of their own, because that team was outstanding.”

Wilmington was then eliminated by Triton Re­gional, 1-0.

The Wildcats finished the season with an incredible 15-3-1 record, good for a tie for second place in the Merrimack Valley Con­ference. Kathy Robin­son was named the league’s MVP and both Kristen Butt and Janet Crowley were named league all-stars.

In the state tournament, Wilmington knocked off Lynnfield and Marlboro by the same 1-0 scores, before falling to Rockport, 1-0 in the Division 2 North Sec­tional Finals, held at Bi­shop Fenwick High School.

“I had quite the fondness for that team because I had quite a few of them as freshmen basketball players so you get to know them when they are really young,” said Cassidy-Wood. “Marcia Burns was on that team and I had her older sisters, Sheila, Paula and Brenda. Mar­cia hurt her knee towards the end of that season so the team did very well, despite her not playing. They had juniors like Lisa Cutone and Marion Cush­ing, so they were really good.”

In the win over Lynn­field, Cutone tipped home a shot taken by Aurelie Smith for the game winner. Goalie Kristen Pepe was outstanding, making all 11 saves for the shut out, including two breakaways.

In the win over Marl­boro, Kristen Butt scored the game winner on an assist from Marion Cush­ing.

Wilmington was then de­feated by Rockport, 1-0, in the sectional finals to finish 16-4-1 overall.

The '86 team finished with the same 16-4-1 rec­ord as the '84 team did. Cassidy-Wood was named the league's Coach of the Year, while Karen Ander­son, Jennifer Connors and Cheryl Ward were named to the MVC All-Confer­ence team and Jen DelNinno and Susan Killilea were named as league all-stars.

Wilmington defeated Lynnfield 2-0 in the first round of the tournament. Captain Karen Anderson and Lori Cormier scored the goals, both coming within three minutes of one another late in the sec­ond half. Lisa Rogers picked up an assist along the way.

After that came a 1-0 win over Tyngsboro, the MVC Small School Divi­sion champions behind a shut out by goalie Tina Favero, before losing to Wa­tertown, 1-0.

“After that (Watertown) game, we lost and it was at Bishop Fenwick. The ride home it started to snow and so by the time we got back to Wilming­ton, the bus dropped us off at the front of the building, I remember seeing Jen and Karen, the two captains, separate after they walked off the bus. Karen walked home be­cause she lived across near the Swain School, and she was dragging the field hockey stick with the snow sticking on the ground. It was an ap­ropo moment for the end of the season.”

In 1988, the Wildcats finished 13-0-1 in the regular season, won the MVC Cham­pionship crown and drew a first round bye in the state tournament. In the quarterfinals, the 'Cats de­feated Ipswich 1-0, in a game decided in three overtimes, a stroke-off with Lau­rie Robinson and O'Con­nell scoring the goals.

"It was Friday afternoon home game," recalled Cas­sidy. "We went to three ov­ertimes to a stroke off. I re­member the parents who had trucks and their cars, they went out to the parking lot and they brought the cars in and around be­hind the fence to put the headlights to shine light on­to the field so the players could see the ball. It was just amazing and I had ne­ver seen anything like that before."