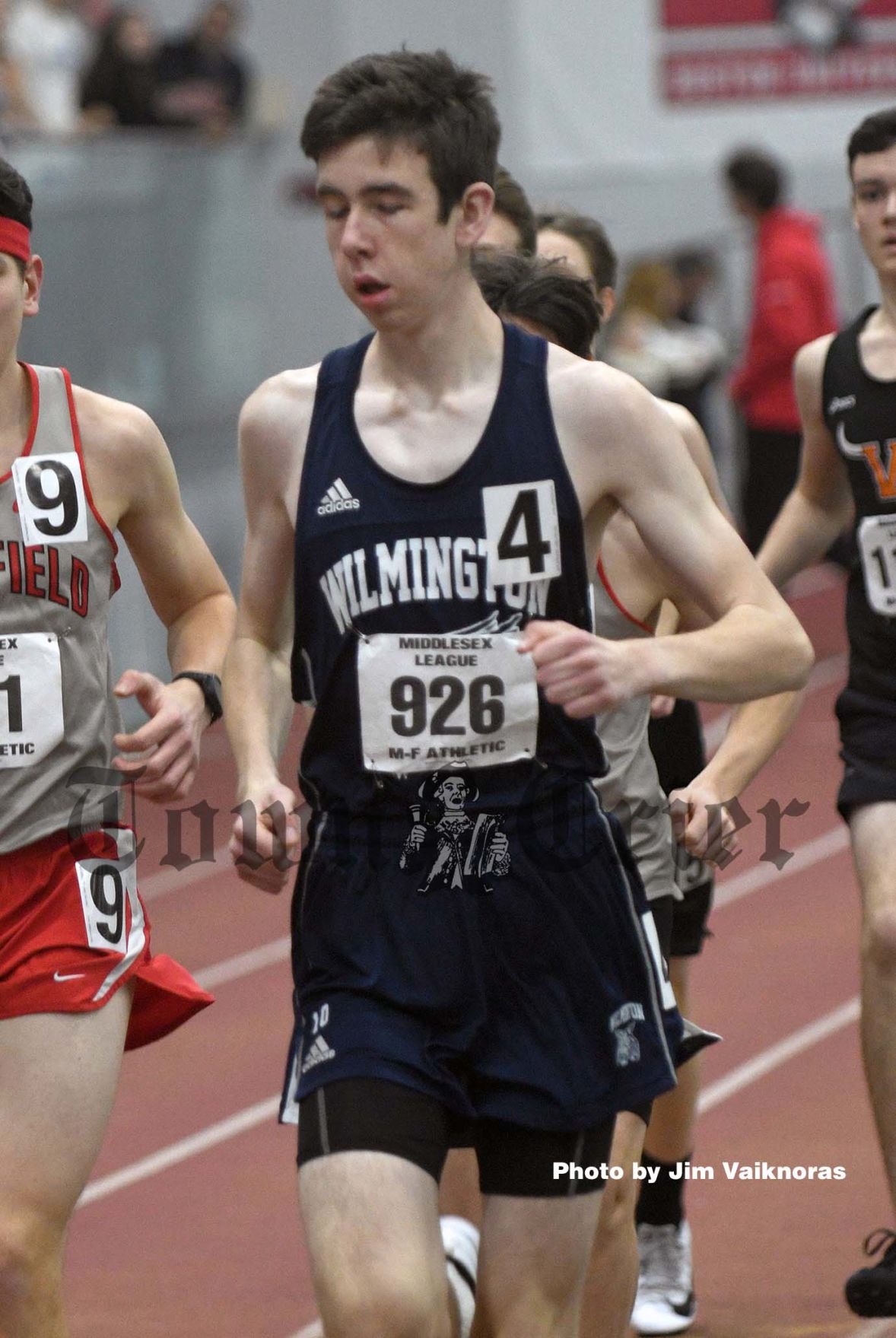 Sean Lydon competes in the 1,000 meters. 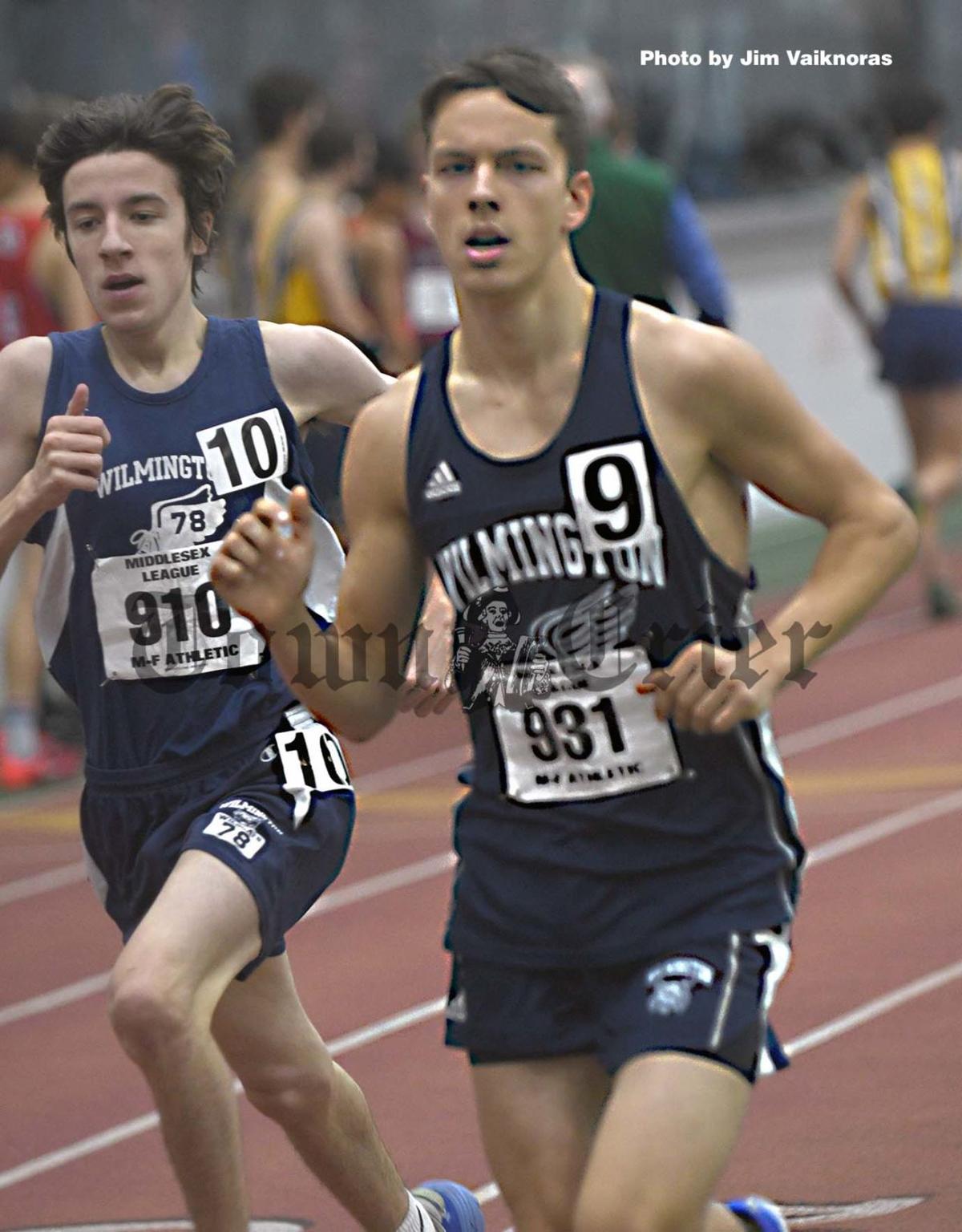 Owen Surette (right) and Nolan Kennedy push each other in their race during an earlier season league meet held at Boston University.

Sean Lydon competes in the 1,000 meters.

Owen Surette (right) and Nolan Kennedy push each other in their race during an earlier season league meet held at Boston University.

BOSTON – This past Thursday, the Wilmington High School boys indoor track-and-field team picked up its first victory over the season in convincing fashion, a 68-32, decision over Stoneham.

"The top performances of the day went to Jeandre Abel and Sam Juergens, who both won two events and are currently our two leading point scorers thus far this season," said head coach Mike Kinney. "Sam had personal records in his two events."

"Brian Elderd beat out his teammates Sean Riley and Pat O’Mahony earning some bragging rights for the time being," said Kinney with a laugh. "Our core of mid-distance runners are our team strength and they will be heavily relied upon going forward."

In the 600, Aiden McGrath also qualified for the state meet with his first place finish time of 1:28.39 and was followed by Jake Danieli, who was second at 1:28.42.

"This was Aidan’s first attempt at the 600 so it was nice to see him qualify for the state meet," said Kinney. "The 600 should be excellent for his training for the 400 outdoors. Aidan is a talented runner and Jake is extremely tough."

"Greg continues to impress. He is closing in on the school record, in which he needs to break the 4:30 mark, which would be a great accomplishment," said Kinney, and "Sean's performance was a personal record."

The final points of the day came from Sam Curdo, who was second in the shot put at 36-08, and Chris Wong, who was third in the hurdles at 9.45 seconds.

“This weekend we are heading to the Dartmouth Relays in New Hampshire with fifteen athletes. We are looking forward to the trip. The runners should get some big meet experience which should pay off later in the season at the league meet and the state meets,” said Kinney.

On Sunday, Wilmington participated in the MSTCA Freshmen/Sophomore Meet held at the Reggie Lewis Center in Roxbury. Joe DeMoura was the top performer on the day as he finished sixth in the 55-meter hurdles with a time of 9.34 seconds, while he was also 11th in the high jump clearing 5-4.

"Joe DeMoura was our sole medal winner but overall it was a good developmental day for all who competed," said Kinney.

DeMoura was also a part of the 17th place 4x200 relay team along with Jonathan Magliozzi, Evan Shackelford and Jeandre Abel.