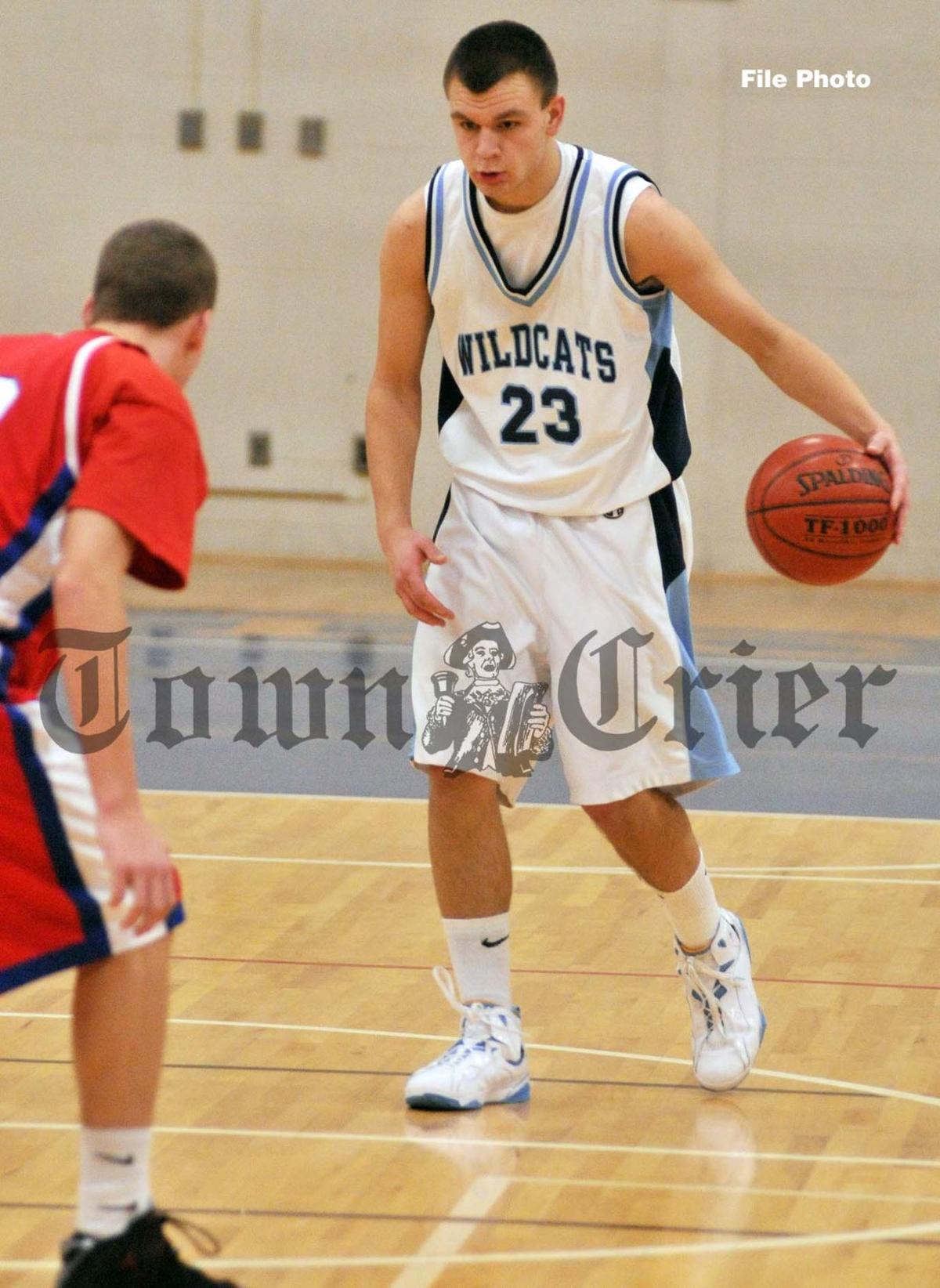 Michael Murphy, shown here from the 2010 season, is one of the five starting players in the Town Crier’s WHS All-Decade Boys Basketball team. (file photo). 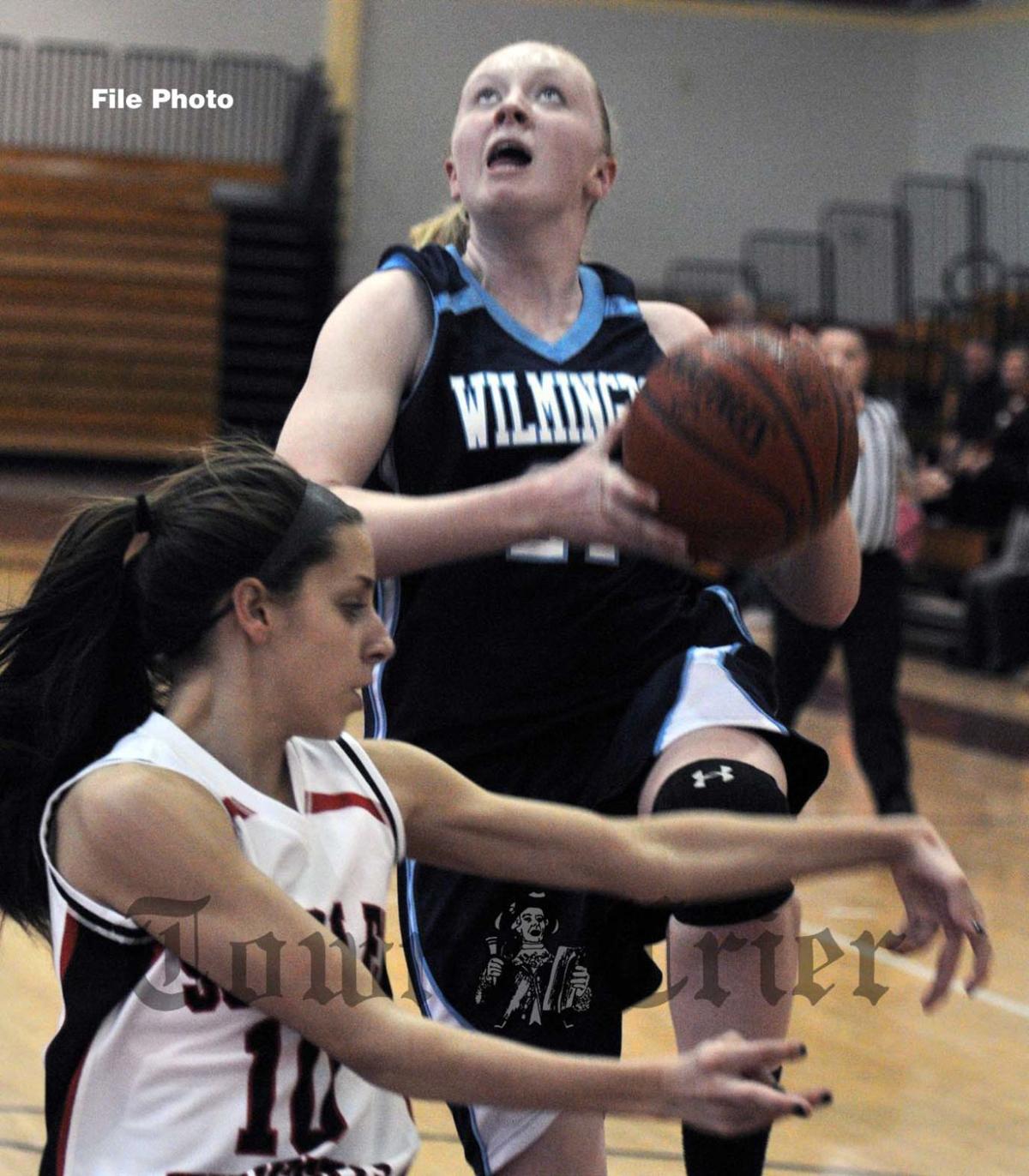 Amanda Keane, shown here during her basketball days at WHS, has made the reserve team for the Town Crier’s All-Decade Girls’ Basketball team. Today she is a sports Anchor, covering Clemson University Athletics for FoxCarolinanews. (file photo).

Michael Murphy, shown here from the 2010 season, is one of the five starting players in the Town Crier’s WHS All-Decade Boys Basketball team. (file photo).

Amanda Keane, shown here during her basketball days at WHS, has made the reserve team for the Town Crier’s All-Decade Girls’ Basketball team. Today she is a sports Anchor, covering Clemson University Athletics for FoxCarolinanews. (file photo).

WILMINGTON — Back in December, the Town Crier named a Coach of the Decade as well as a Male and Female Athlete of the Decade, the choices made by a panel of 10-people. Now four months later, during the pandemic, I have some extra time to expand on the 2010-'19 decade and name an All-Decade team for each of the Wilmington High School Varsity Sports programs.

These teams below were selected only by this me. I included athletes who finished their careers and seasons at WHS. I’m sure I’ll have forgotten some athletes, but again this is just my opinion of what I saw over the ten years.

I plan on running two per week and elected to start with the winter season and with boys and girls basketball. Next week, the plan is to run boys and girls hockey.

In terms of wins and losses, this was a tough decade for the WHS Boys Basketball program, but in terms of talent, there was plenty of it.

Joe Maiella had the coaching duties the first seven years and finished 53-90 with the league title and Dennis Ingram took over and during his three years the team finished 13-49.

C – Connor Bennett: Easy choice. Finished with 1,001 points in his career becoming just the fourth player in the history of the program to surpass four digits. Walked on to the Division 1 UMass-Lowell team and had a terrific career as a role player.

PF – Cole Peffer: He could play both center and the four-spot and really emerged his last two seasons. He could shoot, was very athletic and did it all despite battling diabetes.

SF – Michael Murphy: He was used all over the court – whether point guard, shooting guard or as a forward, so on this team we're putting him at the small forward spot. He was voted to the All-Conference team during the 2009-10 season and had a tremendous season helping the 'Cats finish 12-9 overall.

SG – Timmy McCarthy: This position was deep, but in the end, you have to go with McCarthy, who was a two-time All-Conference player, who went on to a terrific career at Framingham State.

PG – Vinny Scifo: Although this was another incredibly deep position, the choice is easy as Scifo has been one of the all-time best in my 27 years here with the paper. He could do it all, shoot, pass, defend, had quickness and just such a tremendous athlete.

It was a tremendous decade for the WHS Girls Hoop team. Minus two seasons, the team reached the state tournament eight times, reaching the sectional semi-finals four times.

From 2010-19, the Wildcats had three coaches with Jay Keane serving from 2010-'13, finishing with a record of 57-34, reaching the semi-finals three times and the quarterfinals once, including the epic comeback against Reading which fell just short.

Brie Karow served the next four years and reached the state tournament twice, both times defeated in the first round. She finished with a 37-45 record.

Jessica Robinson then took over as had two terrific seasons, including a 15-8 rookie campaign, which included knocking off the No. 1 seed Lynn Classical in the quarterfinals before losing to Wakefield. The following year the team finished 13-9, which included a quarterfinal loss to the eventual state champions of Pentucket Regional. In her two years, the team finished 28-17.

In terms of talent, just like the boys' team, the girls team is loaded. You could certainly put this team up against any other local squad.

C – Kylie DuCharme: Her first two years were terrific as she was a dynamic defensive player her freshman year before taking off offensively as a sophomore. She will go into her senior year this winter on pace to become the first female in program history to break 1,000 points and 1,000 rebounds.

PF – Amy Fahey: Speaking of 1,000 points, Fahey came 17 points shy of the milestone at WHS before breaking every record you could think of while at Fitchburg State. Probably the most athletic female basketball player I have ever seen in a Wildcat uniform.

SF – Michelle Woods: Woods was a solid all-around player in high school, who continued to get better and better and would always have incredible state tournament games, coming through with so many clutch performances. She went on to Wheelock College, where she broke the all-time scoring record.

PG – Christa Brent: Another tremendous athlete, who possessed great speed, she was terrific all over the court, helping the 'Cats win 30 combined games during her junior and senior seasons. She went on and played at Springfield College.

SG – Emily Crannell: Like Fahey, Crannell was named the league's MVP during her senior year. She could shoot, shoot and shoot, averaging 17 points a game. A tremendous two-softball athlete, who had a terrific softball career at St. Anselm.