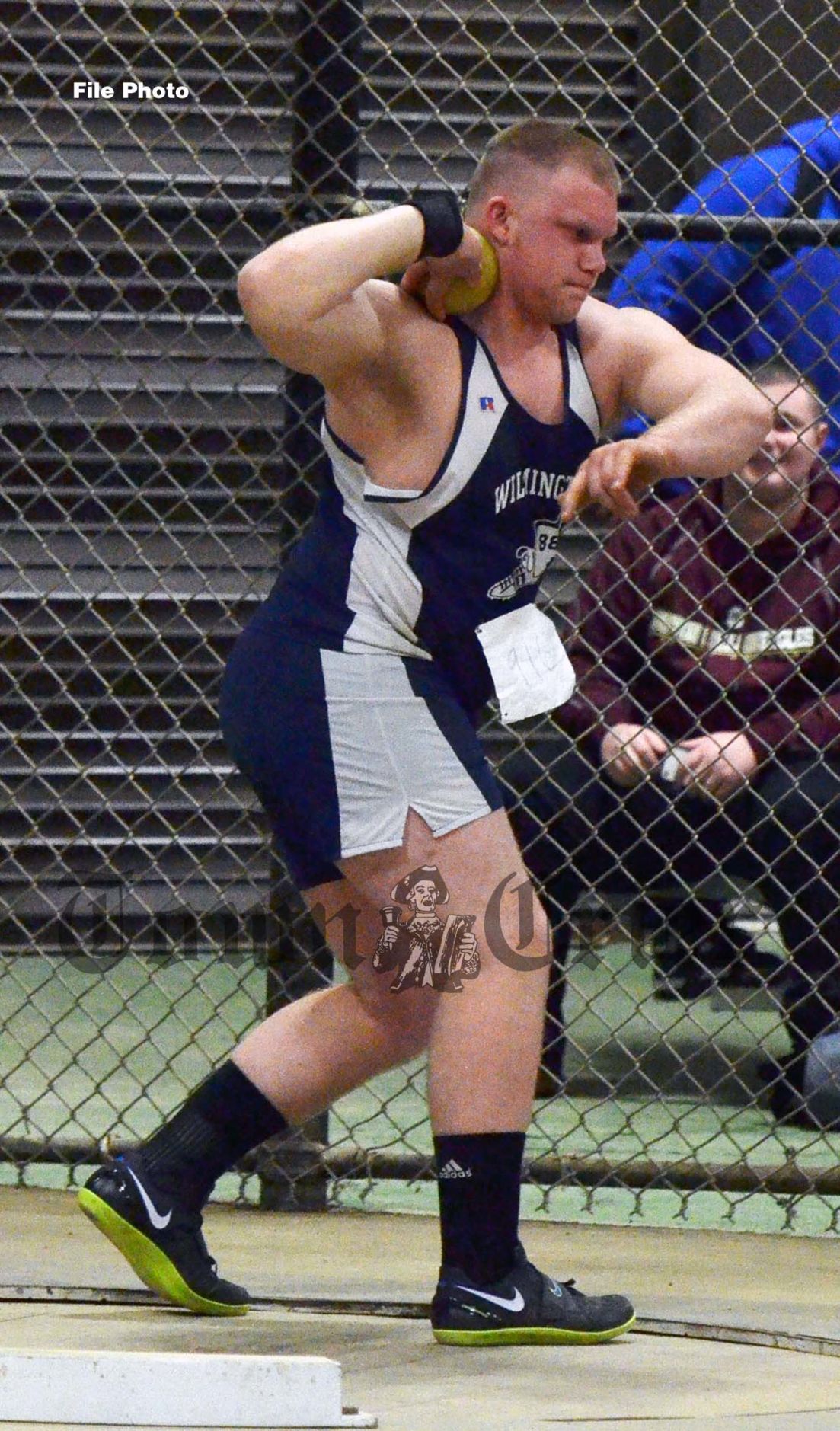 Eli Jennings was a Class C Champion in the shot put and he is among the members of our All-Decade Track Team. (file photo). 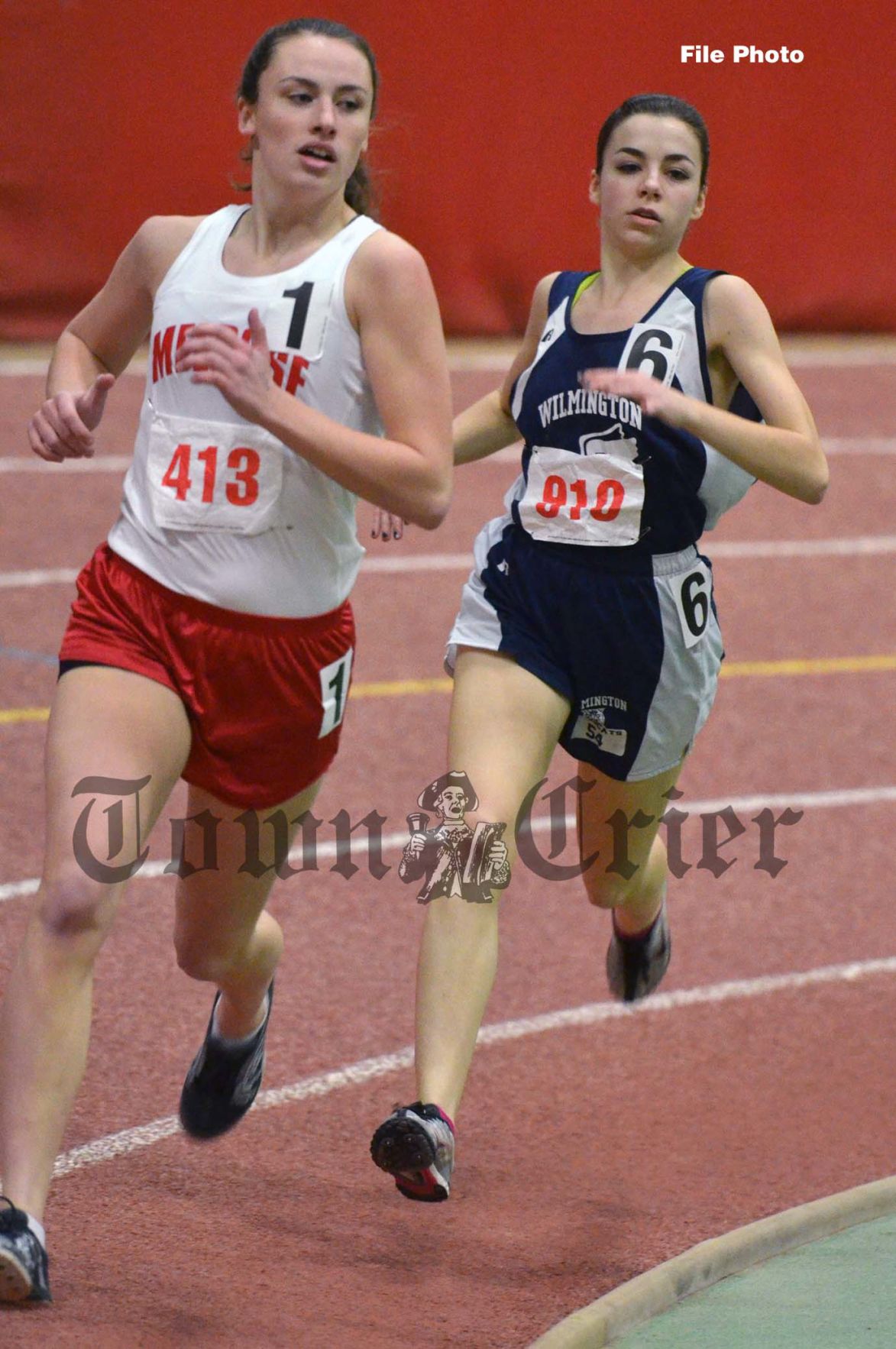 Among the members of the All-Decade Girls Track team, includes Rachel Alatalo, shown here during their days earlier in the decade. (file photo).

Eli Jennings was a Class C Champion in the shot put and he is among the members of our All-Decade Track Team. (file photo).

Among the members of the All-Decade Girls Track team, includes Rachel Alatalo, shown here during their days earlier in the decade. (file photo).

The ongoing series of the WHS All-Decade Teams continue this week with Boys and Girls Indoor Track-and-Field and in a separate story, the wrestling program.

Also during the decade, the team celebrated with one individual and one relay team title at the Class C Meets. In 2013, the 4x400 relay team of Pat Barry, Colin Chase, Andrew Sears and Steve Halas took the title and then the following year, Eli Jennings tossed 50-07.50 in the shot put to be crowned the champ.

Once again these picks were made just by me. The qualifications include the athlete has had to stay through senior year, but current athletes do qualify. Also, when it says an individual ranks as one of the top all-time in his/her event, that is since records were changed from yards to meters.

Greg Adamek: He really broke it open this past season but that doesn't count, yet before that as a junior, he ran among the program's best times in both the mile and two-mile. He did have a strong sixth place finish in the mile at the Class Meet as a junior.

Erik Alatalo: Truthfully, he really flourished after high school, first at Bentley and then during performances at the Boston Marathon, but he is still among the program's top-10 performances in both the mile and two-mile.

Nate Downs: He tied the school record in the high jump of 6-1, which still stands nine years later. He also ranks 7th in the long jump. As a runner, he was fourth in the 600-meters at the Class C Meet.

Steve Halas: He broke and owns the school record in the 1,000 meters, as well as several relay teams. He was fourth in the Class Meets in both the 600 and 1,000 meters. He went on to run at UMass-Lowell for a bit.

Eli Jennings: Broke and owns the school record in the shot put, throwing 53-01. He finished first, second and fourth at the Class Meets, as well as fourth, sixth and 12th at the All-State Meets.

John Kenney: Broke and owns school record in the 55-meter dash, while finishing third in the same event at the Class D Meet. But his main sport is football as a running back.

Caleb Rogers: A former Town Crier Male Athlete of the Year, who finished second in the 600-meters at the Class C meet and part of the best 4x200 relay team in school history.

Marc Shibilia: Broke and owns the school record in the 300-meters, while he also ranks third in the long jump. He also finished third and fourth at the Class C Meet in the same event and was 12th in the entire state, while adding a sixth in the high jump in 2010.

Evan Sperlinga: Individually, one of his top highlights came with a sixth place in the 300-meters at the Class Meet, but he is also a part of the school record shuttle hurdle relay team.

Jared Walsh: A solid not flashy runner, who was seventh in the mile at the divisional meet, and was also part of the school record 4x800 relay team.

4x200: The team of Downs, Shibilia, Rich Barry and Rogers broke and own the school record with their time of 1:36.31 from 2010, finishing third at the Class C Meet.

4x800: The team of Jared Walsh, Peter Warren, Alatalo and Halas broke and own the school record of 8:19.88, which came in 2013. That group finished sixth at the Class Meet.

In terms of wins and losses and individual performances, it was a big bag of results for the WHS Girls Indoor Track-and-Field team. The first five years was coached by Tom Bradley, and the best season was 2011-'12 with a 4-4 record. In his five seasons, it's believed that the teams finished 9-26 overall, which included two winless seasons.

The biggest highlight during Bradley's tenure was the 4x400 relay team of Alex Bischoff, Rachel Alatalo, Cassie Grasso and Kelly Hartsough, who finished fourth at the Class C Meet, fifth at the All-State Meet and then 11th at the New England Meet.

Brian Schell took over and after a 1-4 debut season, everything came together the second year as the team finished 5-0, which included the final regular season dual meet ending in dramatics. With the meet and the league title on the line, the 'Cats 4x400 relay team destroyed Burlington's team and made program history with the first Middlesex League Freedom Division title.

In Schell's five years, the team has combined to finish 12-13 overall with the one league title. During that time, he saw two individuals, Alexcia Luna and Emma Garrity come home with Class D Championship titles in the 55-meter dash and the 600-meters.

Rachel Alatalo: In the post-season meets, they had more success as part of some really good relay teams, including one that finished 11th in New England, but individually, they rank fourth all-time in program history in the 1,000 meters and sixth in the 600-meters.

Alex Bischoff: She didn't like the limelight but she certainly deserved it. A tremendous goal scorer on the soccer field, she owns the school record in the 300, was fourth at the Class Meet in the same event, and was also part of some tremendous relay teams.

Julia Gake: Outside of the class champions, Gake had the most individual success in the decade. She finished fourth in the Class Meet two straight years and continued that with 8th and 10th places in the entire state. She broke and owns the school record in the 1,000 meters and is second all-time in the 600.

Emma Garrity: It certainly was enjoyable witnessing Garrity capture a Class D championship title in the 600 and then going on to finish fifth in the state despite a loaded field. She owns the school record in that event and is also sixth all-time in the 300.

Cassie Grasso: A terrific three-sport athlete, who had incredible speed, her best event was the 300 where she finished 7th and 8th at the Class Meet, while she was also a part of that 4x400 relay team.

Kelly Hartsough: Another former athlete who I really enjoyed covering, she had strong performances both individually and as part of that 4x400 relay team. She placed sixth and seventh in the 600 and 1,000 at the Class Meets. She owns the third best time in the 1,000 and fifth best time in the 600 in program history.

Hannah LaVita: Throughout her three years, she tied for fourth place and finished seventh in the high jump at the Class Meets, while she tied for 15th place one time at the All-States. She owns the second best leap in program history and is also ninth in the long jump.

Alexcia Luna: The greatest female track athlete of the decade. She was crowned the 55-meter dash champion at the Class Meet and also finished 8th another time. In the 300, she finished second, fourth and sixth at the Divisional Meet. She also broke and owns the school records in the dash and 300, and is second all-time in the long jump.

Elisabeth Olson: A lot like Erik Alatalo on the boys side, Olson really took off after high school, while at Worcester State. Still in this decade, she is second all-time in the program history in the mile, finishing at 5:29 – as the record holder Mary McNaughton was 26 seconds faster but coming in 1983. Olson is also sixth all-time in the two-mile, becoming the only girl in the decade to crack the top-10 list.

Cali Peffer: She had better individual performances and seasons in outdoor track, but she was still a successful sprinter indoors. She was part of several successful relay teams, and ranks sixth all-time in the 55-meter dash and 9th in the 300.

4x400: The team of Bischoff, Alatalo, Grasso and Hartsough finished second at the 2013 Class C Meet. Collectively their best time was 4:05.55.

4x800: The team of Gake, Samantha Pitzi, Taylor Santry and Olson finished seventh at the 2015 Class D Meet. Their best time collectively was 10:15.08.

This concludes the winter season of the All-Decade Teams. Next week, we will venture into the spring season with the baseball and softball teams.