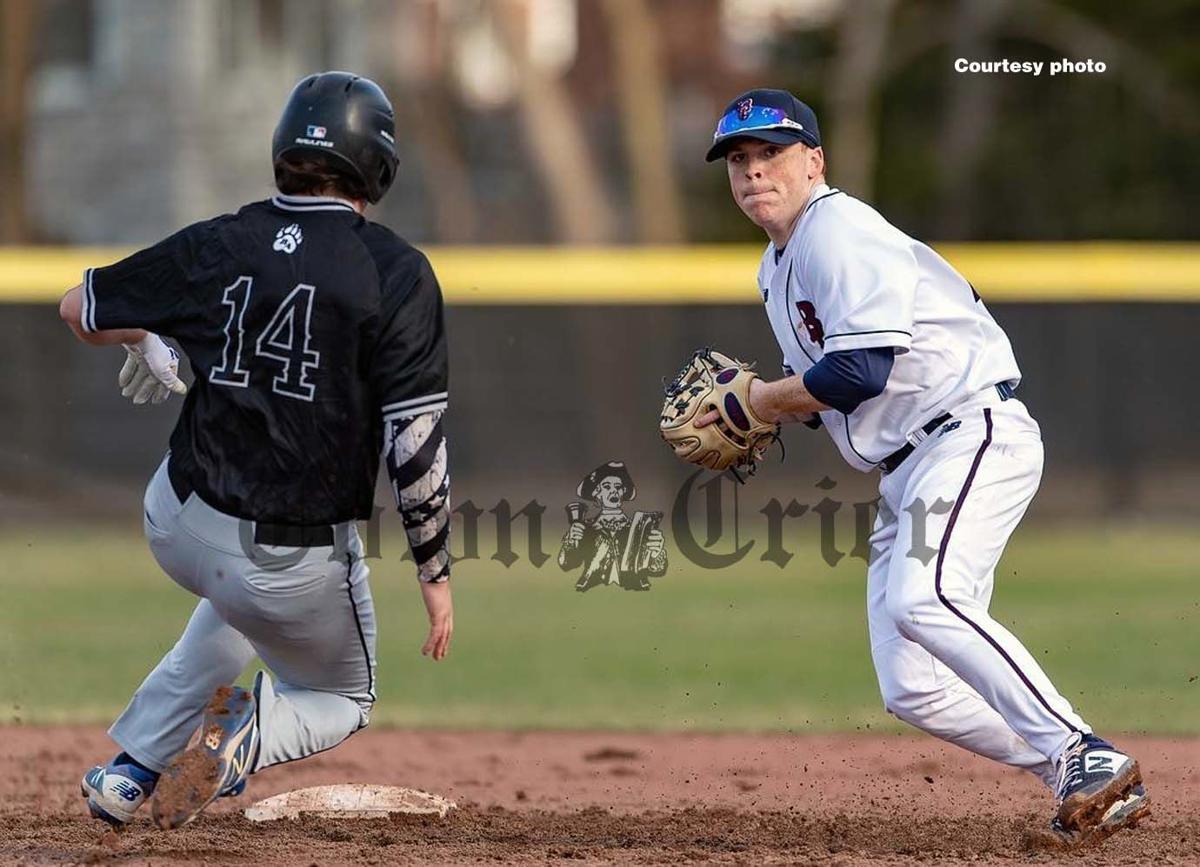 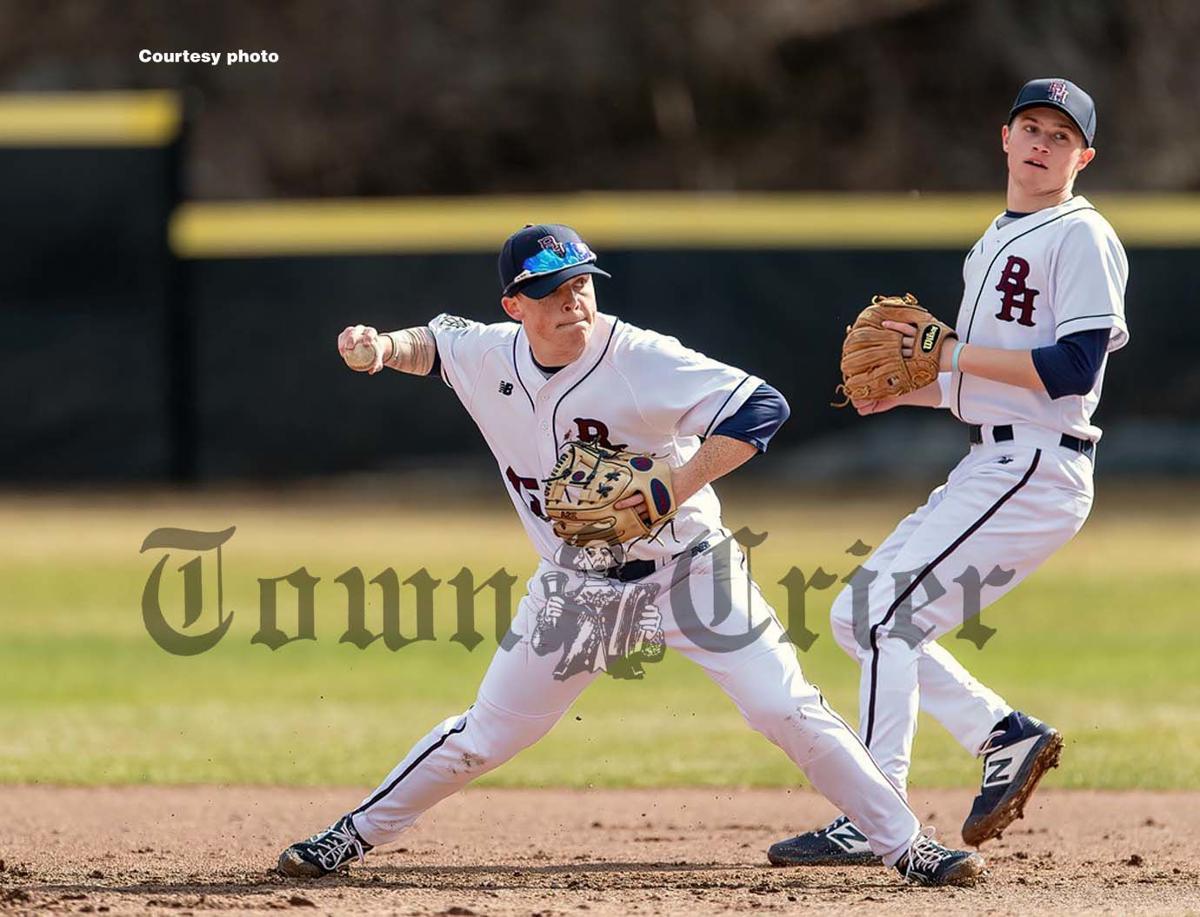 WILMINGTON — Recently, while reporting on the methods prescribed by experts to mitigate the spread of the COVID-19 virus, an area news personality stated, “This will become known as the spring that wasn’t.”

Certainly, such a comment has been heard in these parts before, but typically to describe a season disrupted by inclement weather, not an illness sweeping the nation that has led to drastic measures including asking people to remain in their homes, business closures, and the shutdown of school systems.

Obviously, with schools closed for the foreseeable future, it is likely that area sports teams will face partial or full season cancellations. Most of these athletes and supporters are understandably disheartened with the unfortunate turn of events, but there are those who are taking it all in stride.

Wilmington’s Richie McNamara, for instance, understands that he will probably not see a baseball diamond as he wraps up his senior year at Belmont Hill, which is a private school located in Belmont. Mature beyond his 18 years, McNamara realizes that while baseball plays an important role in his life, the sport is of little significance in the grand scheme of ongoing events.

“Although I’m disappointed in ending my senior year like this and having the spring season in jeopardy, my perspective is there are people that are suffering right now,” said McNamara, who moved from Somerville to Wilmington as a toddler. “It was talked about in school and the point that was made is we need to do what’s right to stop spreading the virus. There is stuff going on today that is bigger than any of us.”

A lifelong shortstop, McNamara got his start in the Wilmington Little League under Coach Bob Mitchell.

“Richie was probably the one kid I had the most fun coaching in my 27 years,” said Mitchell, who also coached legion, as well as high school summer baseball. “I remember the first time I met him when he was just nine. This little red-headed kid whose face lit up when talking about baseball. He took great pride in learning the fundamentals of the game, even at an early age. He was a delight to coach.”

Most parents would agree that the attention span of a seven-year-old is often limited to the next best video game but McNamara’s father, Rich Sr., saw something in the youngster in those early days.

“I remember when Richie was a seven-year-old, he asked me to hit groundballs one Sunday morning,” he shared. “We drove to Boutwell Field and I hit balls for an hour straight. He didn’t want to leave. That was the day I knew he would grow to love the game of baseball.”

Young McNamara was introduced to travel baseball as a nine-year-old and thrived. He joined the New England Roughnecks organization several years later and spent four seasons developing his skills.

Since its inception in 2003, Roughnecks baseball has tasked itself with preparing prospects for the high school and college ranks. The league’s mission statement reads “to provide student-athletes who aspire to play college baseball with the opportunities for development and exposure to reach their goals.”

McNamara decided to attend Belmont Hill, which enrolls students from grade seven through twelve. According to Rich Sr., an instructor observing the youngster in the batting cage suggested the family consider a prep school. Academically, McNamara was perfectly suited to the challenges of the school’s stringent curriculum and athletically, he wasted little time sharing his craft with the Hillies.

“I played with the seventh and eighth-grade teams at Belmont Hill and in the ninth, moved up to the freshman team,” said McNamara, who also dabbled in football and basketball during those early years. “In my sophomore year, I suffered a shoulder injury that required surgery. I didn’t play at all that spring or summer but came back strong as a junior.”

It was during that 2019 season that McNamara helped Belmont Hill claim its sixth ISL (Independent School League) baseball title in fifteen years. He batted .420 and added ISL All-Star honors to his extensive resume.

As McNamara explained, the ISL and its 16 teams do not use a playoff format to determine a champion. Instead, the club that completes the regular season with the best overall record claims the title.

“In 2019, we went 13-2 through the spring and it came down to a final game against BB&N (Buckingham Brown and Nichols), which we won, 4-1,” recalled McNamara, who counts his mother Theresa, older sister Melissa, younger sibling John, and of course, his dad, as some of his foremost supporters. “Down the stretch, we were in a battle for the top spot with St. Sebastian’s, Roxbury Latin, and BB&N. If we had lost that finale, we would have ended up in a three-way tie.”

If the high school spring season doesn’t materialize, McNamara has a lot to look forward to next year; namely bringing his talents and academic excellence to Brunswick, Maine and Bowdoin College. Based on discussions with his high school coach and a number of scouting trips to watch him ply his trade with the Roughnecks, Bowdoin will soon welcome McNamara to the ranks of the Polar Bears in the NESCAC League.

“I love the way Richie competes,” said Bowdoin baseball coach Mike Connolly. “He plays hard, has great at-bats, moves his feet defensively, and is always in a position to make a play. My final evaluation of Richie, after watching him play last summer was that he was a winner. That’s the highest grade I can give a kid. I can’t wait to work with Richie next year.”

McNamara, who was selected as team captain for his senior year with Belmont Hill and whose photo was featured in a recent edition of New England Baseball Journal, is looking forward to making the trip north and has done all he can to remain in baseball shape during the current hiatus.

“I’ve been working out at home and I have a net in my backyard so I’m able to hit and throw,” said McNamara. “I’ve also been taking ground balls from my dad. I’m pretty excited about playing ball at Bowdoin next spring.”