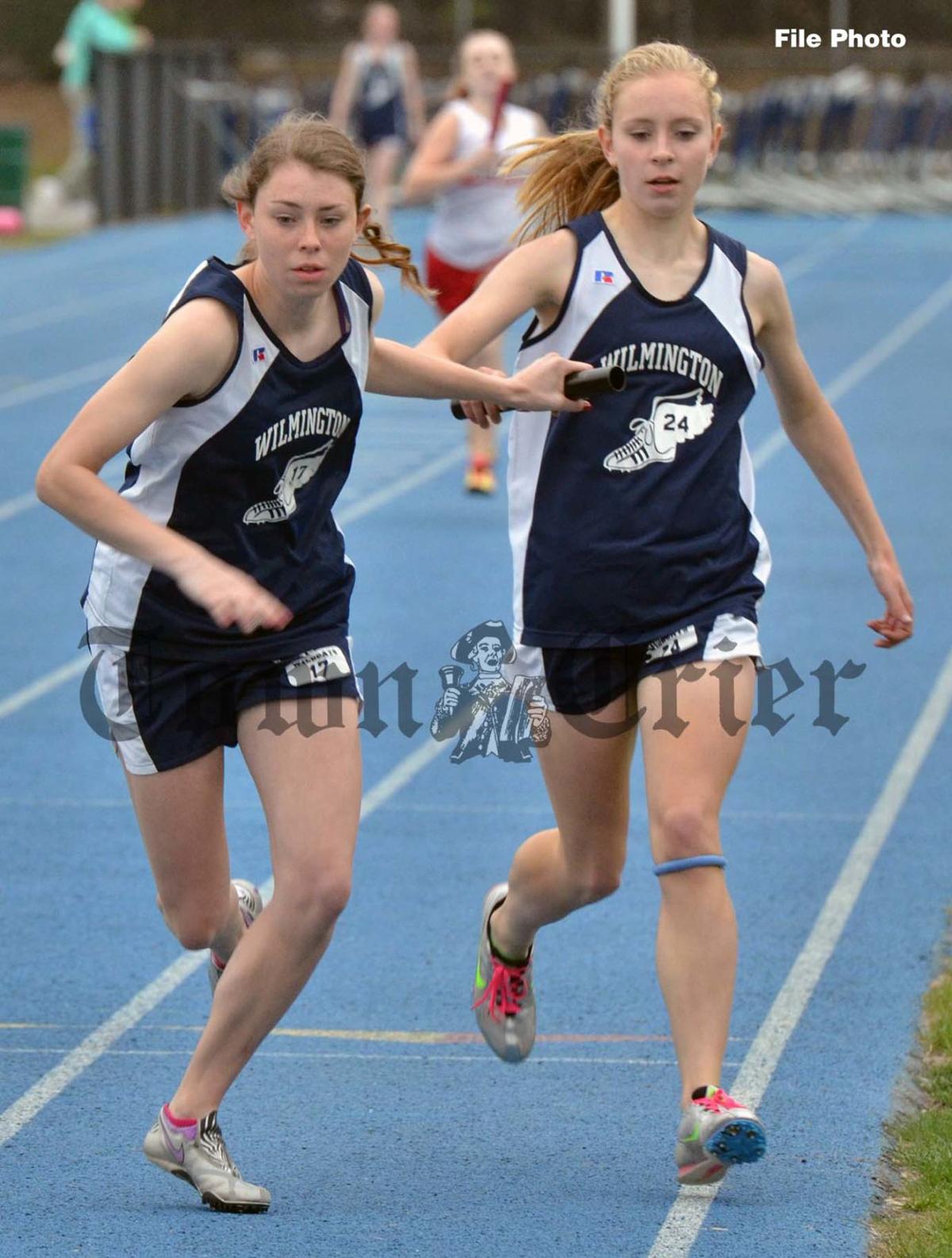 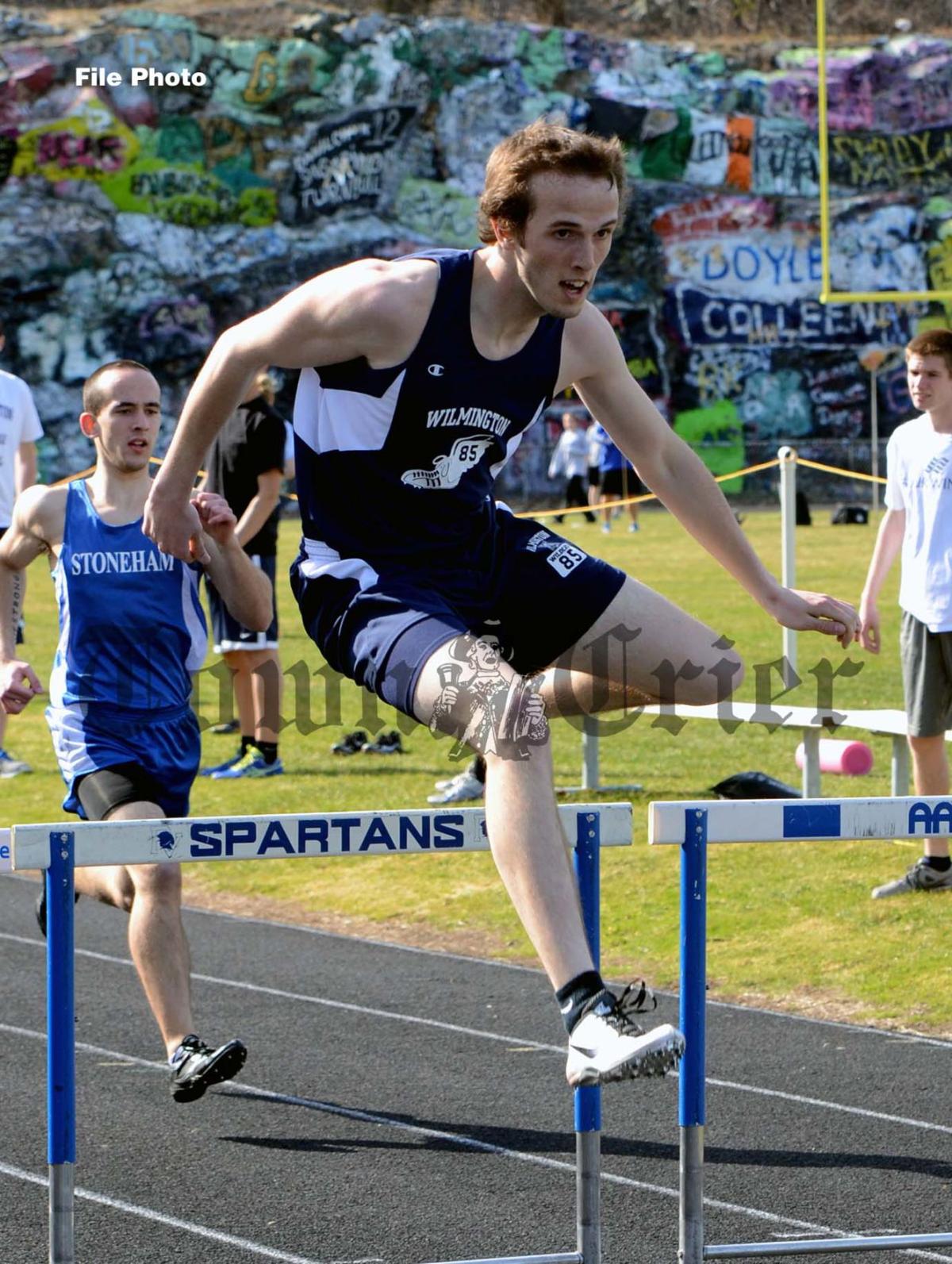 WILMINGTON – Spring track is very difficult for teams and coaches. It's hard enough having senior athletes who can easily be distracted by senior activities and the beach, and then coaches lose potential track athletes to other uprising sports such as lacrosse, or to spring club sports such as soccer.

That being said, the Wilmington High School girls and boys outdoor track-and-field teams certainly held their own during this decade. While the dual meet records may not be as strong as they would have liked, the individual and relay teams had strong results.

On the girls' side, the program had three coaches. Tom Bradley coached the first two years and both times finished with 2-8 records, while competing in the Cape Ann League. Bree Karow took the job for the next six years and had a 9-22-1 record. Brian Schell was named before the 2018 season and finished with respective records of 2-3 and 1-3-1.

Again these choices were made solely by me. In this case I took the top eight girls of the decade, regardless of their event, and who made the biggest impact, as well as the three top relay teams.

Alex Bischoff: She makes the team despite competing just one year, simply because she was tied for second for the best individual performance at a class meet during the decade when she was fourth in the 400 during the 2014 season. She went on to place 15th at the All-State Meet a week later.

Kate Cowden: She may lead all Wilmington females with her name in this paper the last decade whether it was her success in sports at WHS, in college and recently she was featured as a nurse on the frontlines. In outdoor track, Cowden was a two-time place finisher at the class meet in the discus, taking seventh and then second, before taking 13th in the entire state in 2014.

Julia Gake: She is making her second straight appearance in this series after making it on the indoor team. As a freshman, she finished 11th at the divisional meet in the 400. She went on to place the next three years taking sixth, ninth and seventh, while she was also a part of several successful relay teams.

Emma Garrity: Despite having to sit out her senior year with an injury, Garrity's performances over the first three years still guarantees her a spot. She finished 12th, 8th and 7th at the divisional meets in the 800-meters, and was also a part of the seventh place 4x400 relay team at the 2018 divisional meet.

Kelly Hartsough: Like Bischoff, Gake, Garrity and below with Luna and Olson who were members of the indoor track first team, Hartsough also makes her second appearance. In 2012, she was eighth at the Class C Meet in the 800 and she followed that up by taking fourth the next year. In the same day, she was also a part of the best 4x400 relay team of the decade, which came in fifth.

Alexcia Luna: I'll never forget the look on her face after she completed the three races at the 2018 Class C Meet. She took second in both the 100 and 200, and was part of the ninth place 4x400 team. She was completely exhausted. The year before, she finished 10th in the entire state in the 200.

Elisabeth Olson: Individually during the modern era, she ranks second all-time in the mile, eighth in the 800 and ninth in the two-mile, doing all of that during her four years. She too was also apart of several strong relay teams.

Amber Peach: Extremely versatile and a real good all-around athlete, Peach really came on strong in 2015 where she was fifth in the 400-meter hurdles and seventh in the triple jump.

This was a pretty successful decade for the WHS Boys Track-and-Field team. In dual meets, the Wildcats had a .500 record or better in all ten years, and then had some strong individual performances at the state meet, led by sprinter Joe Gaudreau, throwers Eli Jennings and Pat Barry.

Greg Adamek: He has signed on to run at UMass-Amherst but it's a shame he won't have this spring to improve on his long list of accomplishments as a three-seasoned runner. On this team, his biggest highlight came with a seventh place finish in the mile at the 2019 Class Meet. He also ranks sixth all-time in program history in the mile.

Pat Barry: Only two athletes all decade placed at the New England Meet and Barry was one of them as he was 18th in the javelin during the 2013 season. Right before that, he finished third at Class C and then sixth in the entire state in the same event. In 2012, the multi-talented athlete placed eighth at the class meet in the 400-meter hurdles.

Joe Gaudreau: A former Town Crier Male Athlete of the Year who finished fourth in all of New England in the 200-meters during the 2016 season. He was a four-time place finisher at the Class C Meet in the same event, taking eighth, seventh, first and sixth, while he was also a part of the 4x100 relay team which finished seventh, fourth and eighth at the class meets. His senior year, he barely competed after coming back from a broken collarbone from the hoop season.

Steve Halas: He ranks second all-time in school history in the mile and third in the 800, so that's not a bad place to start. Add to that his 2013 season where he was eighth in the mile and part of the sixth place 4x800 relay team at the divisional championships.

Eli Jennings: He was an easy choice in the winter season and now another lay-up here in the spring. In 2012, he was second in the shot put and third in the discus at the Class C meet before finishing 10th and 14th in the entire state. In 2013, he won the discus title with a throw of 146 feet and was fourth in the shot put.

Kyle Nelson: Another thrower, Nelson was pretty consistent in the shot put especially in 2016 where he finished third at the Class C Meet throwing 50-05.00 and then was 14th at the All-States the following week.

Pat O'Mahony: A strong middle distance runner, who also really could have used this spring to get even better, he was part of the seventh place 4x800 relay team at the Class C Meet in 2018, before ending in a tie for sixth place in the 800 last spring.

Caleb Rogers: He only has the one year of eligibility, but he ranks fourth all-time in the 400 and fifth in the 800. That 2010 season, at the divisional meet, he was part of the third place 4x400 relay team and was also seventh at the 800.

Evan Sperlinga: He was part of the league championship 4x100 relay team which broke a school record and as an individual, he was a two-time divisional place finisher in the 100 taking seventh and then sixth.